The Wanderlust Guide to the best of Spain

One of the world’s favourite destinations, Spain has enough culture, energy and sheer geographic diversity to last a lifetime. Here’s how to get your share.

There’s far more to Spain than its boozy seaside resorts. Despite its own civil war, Spain escaped the widespread damage of Europe's 20th century conflicts. Almost all Spain's provincial towns and cities have retained their medieval city centres, with narrow winding alleys keeping cars at bay, perfect for an atmospheric evening stroll and a plate or two of tapas at a local bar.

Wherever you go, you’ll find a country infused with a fervent vitality. Lunch is late and long, while evenings last forever. It isn't clear when the Spanish sleep but it doesn't seem to be at night: even Spanish children play late into the night. 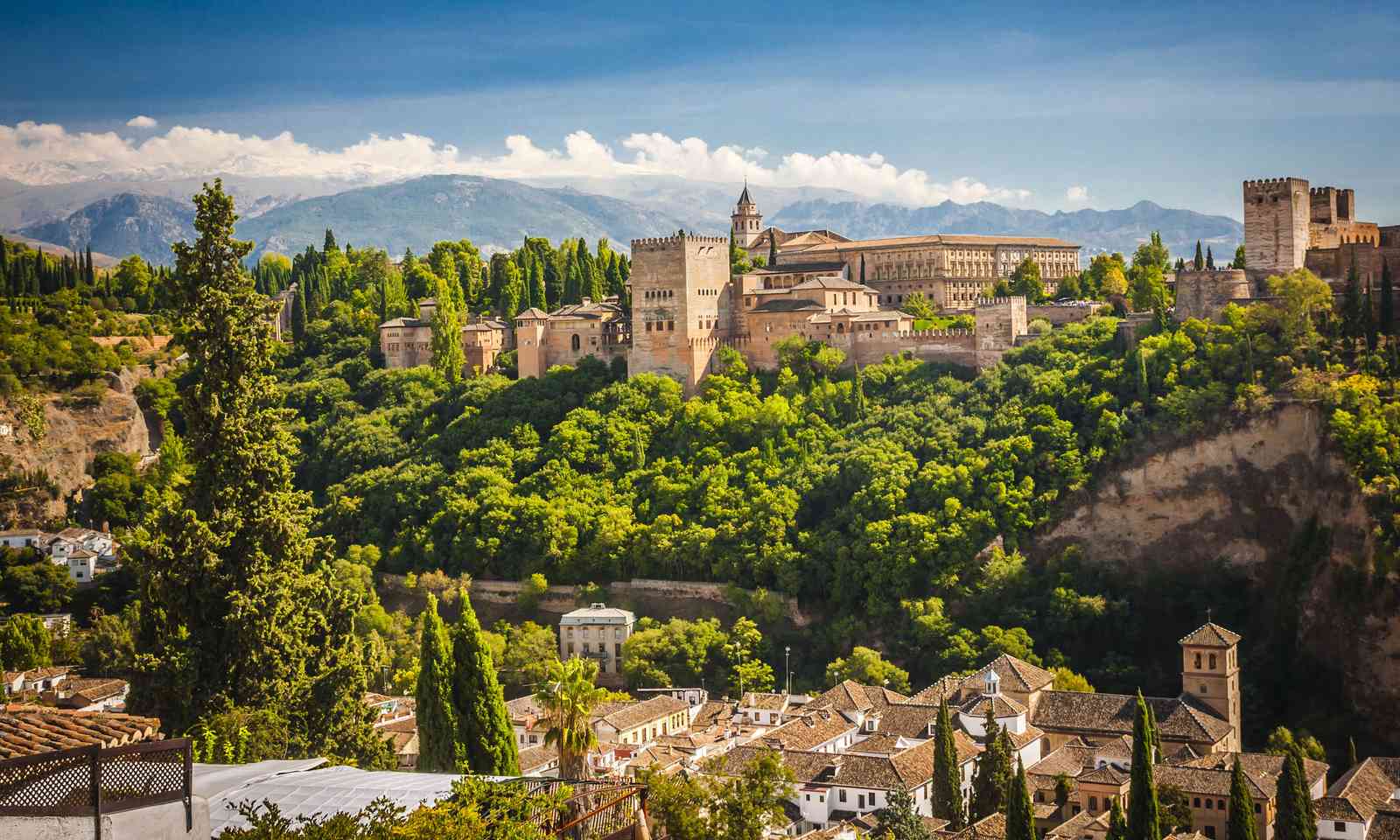 Don’t be put off by the salacious reputation of Spain’s coastal resorts. There are great wildernesses within reach of most of the country’s budget airline hubs. Robin Ashenden found solitude in the Paraje Natural Desierto de Tabernas, Europe’s only genuine desert, and only a short bus ride from Almería. Jasper Winn, on the other hand, took to the remote tracks and soaring peaks of the Tramuntana mountains in Mallorca, blissfully cut off from the Happy Hour drinking games of some of the beach resorts below.

For something completely different, T.S. Learner recommends a visit to Basque territory in Northern Spain, a world apart, with it’s own traditions, customs and food. Sarah Baxter cycled through the same region, revelling in the relaxed rhythms and generosity of the locals.

If you want a real insight into Spain and the Spanish, Christopher Howse suggests catching a trains, preferably a slow one. He recently completed a 3,000 circumnavigation of the country by train and has plenty of tips for making your train trip in Spain as cost-effective and memorable as possible.

Off the map in Basque territory – T. S. Learner

Take the train in Spain without the pain – Christopher Howse 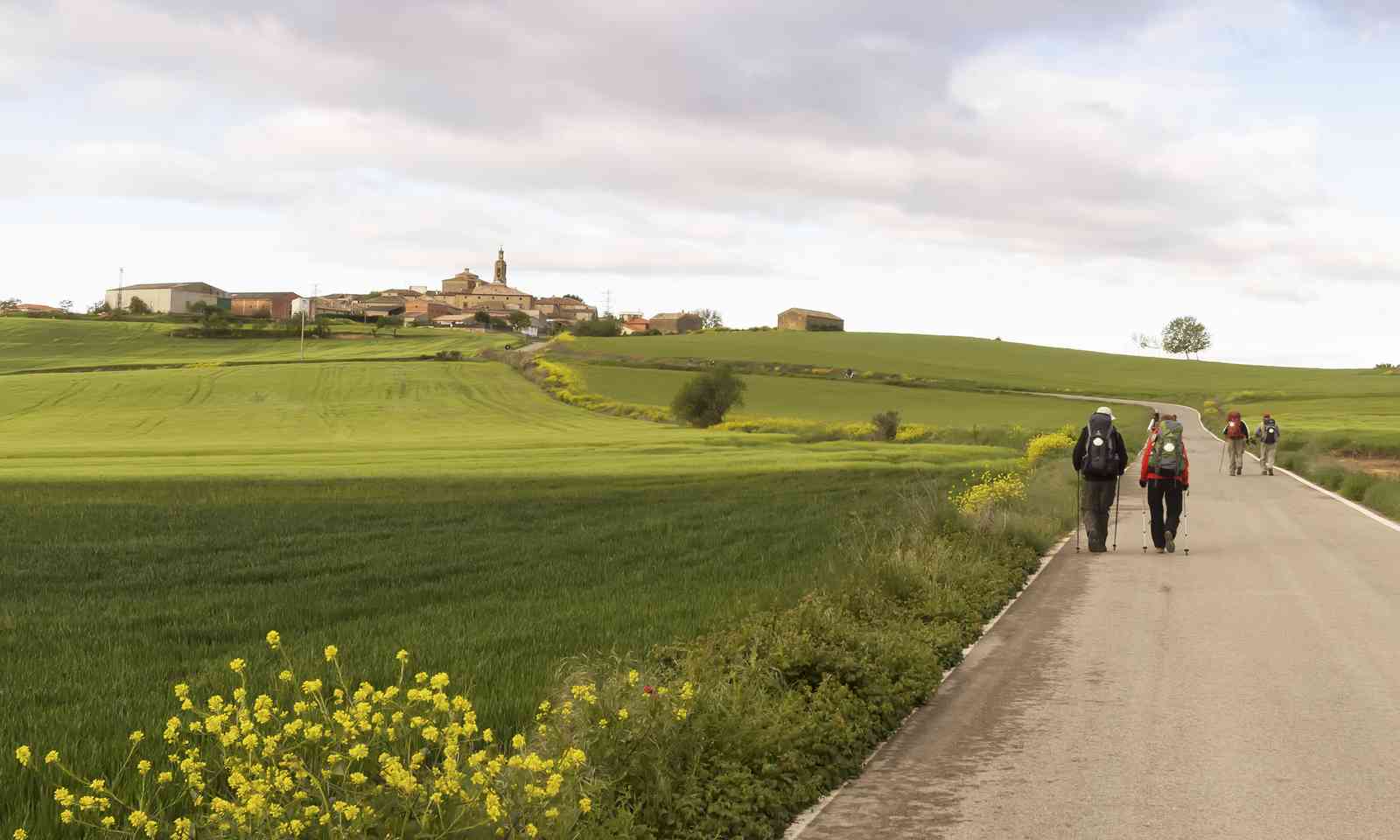 Pilgrims on the road to Santiago de Compostala. From Shutterstock.com

A rare mix of adventure and camaraderie, walking the Camino de Santiago in northern Spain, tops many people’s travel bucket list. Also known as The Way of Saint James, Camini de Santiago is actually several hiking routes that all lead to the town of Santiago de Compostela in Northern Spain. The Camino Frances is the most popular camino, starting in Saint Jean de Pied de Port in France, and ending up about 30 days later in the town of Santiago de Compostela. But there are others that depending on your level of fitness or time constraints may be more suitable. Sarah Baxter wanted to see how much of the camino she could do over a weekend. Jaime Gill was determined to cycle the whole length of it for under £250.

Whichever way you want to tackle the world’s most famous pilgrimage trail, our team has put together a handy guide on the various possible routes to help you decide.

The Camino de Santiago: Which way's for me? – Wanderlust Team 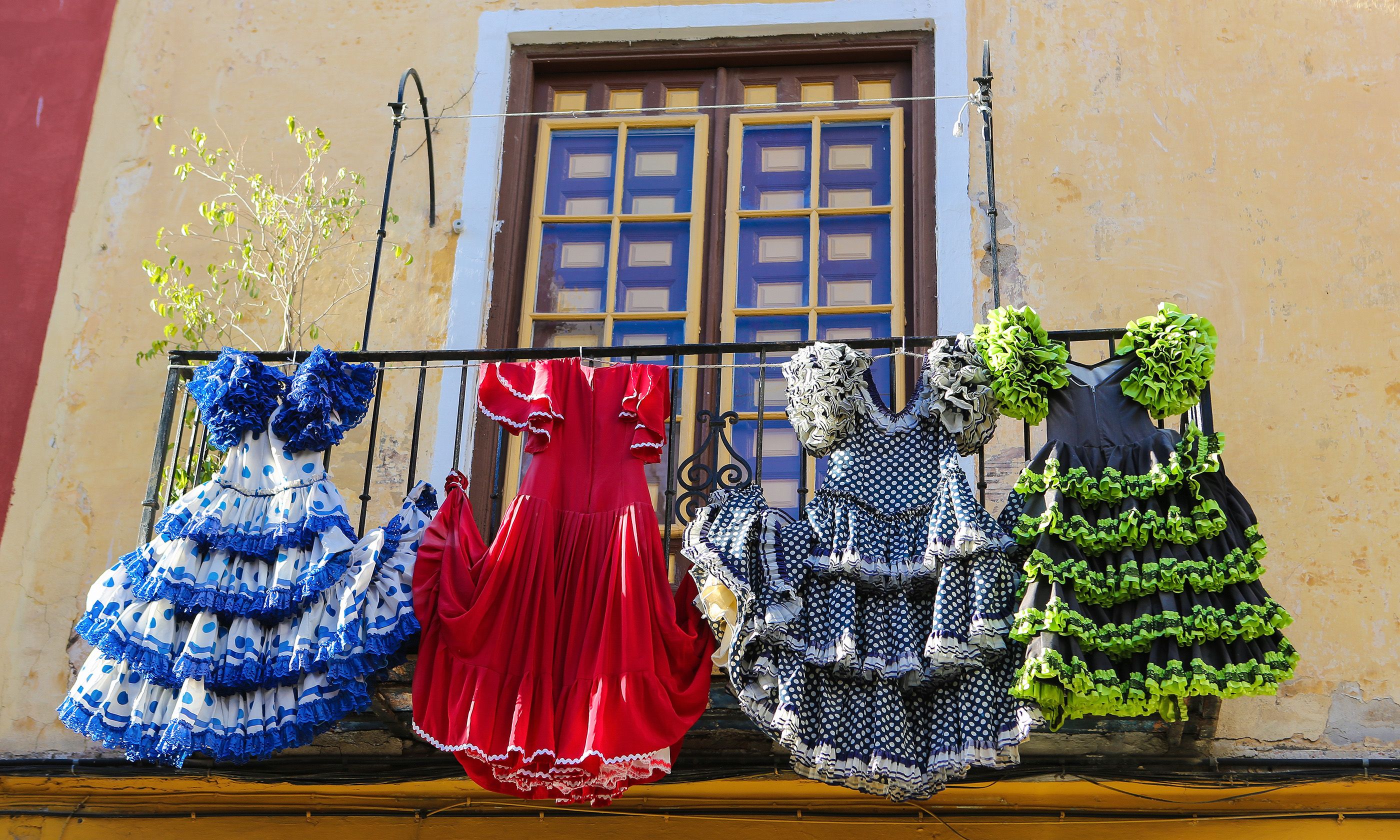 Want to live like a local while you’re in Madrid? Guidebook author Anthony Ham has put together a list of his favourite haunts in the Spanish capital, from bolt-hole bars to hidden, leafy plazas. He’ll also let you in on where all the Madristas go on a Sunday afternoon. Make sure you check out Morwenna Evans’ list of 9 things to do for free in Madrid, for when the Euros run low.

Barcelona may be one of the most exciting, culturally fascinating and socially diverse cities in the world but the Catalan capital is not the be all and end all the Spanish north-east. Local Joel Plaja suggests popping up to Tarragona, an unspoilt city with Roman ruins, labyrinthine alleyways and beautiful clear beaches, only an hour away from Barcelona.

9 things to do for free in Madrid – Morwenna Evans

A day trip to Tarragona from Barcelona – Joel Plaja After four years living in Barcelona, Natasha Young, has sniffed out the city’s best-kept secret eats and reveals all in her guide to Barcelona street food. Lousie Spratt lists her five favourite tapas bars in Granada. And John Warbuton-Lee suggests the best vineyards to visit in La Rioja.

The feasting need not end when you return home. Thomas Rees has put together a handy guide on how to breakfast like a Spaniard. And Sophie Ruggles presents the recipes for three end-of-summer soups guaranteed to ease you back into life back home. 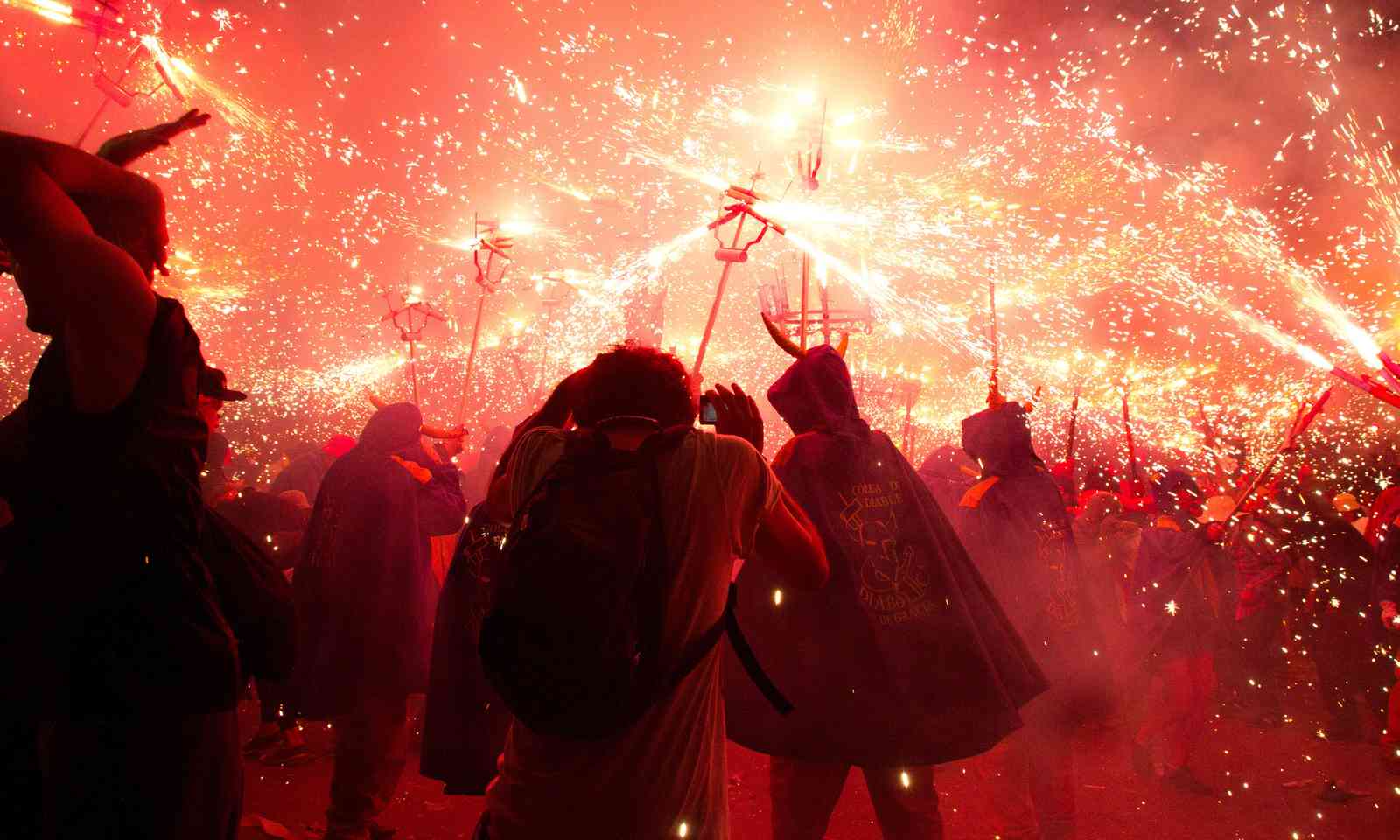 Some times it feels like life is just one big fiesta in Spain – it seems any excuse is a good excuse to don a colourful costume, crack open the sangria and dance until dawn. Capturing all that colour and excitement, can be difficult – especially with a tapas in one hand and a glass of sangria in the other. But luckily, Steve Davey is on hand to advise on how to capture the moment and enjoy the party at the same time.

Still looking for inspiration? Look no further than the amazing images our readers have captured on their travels in Spain. 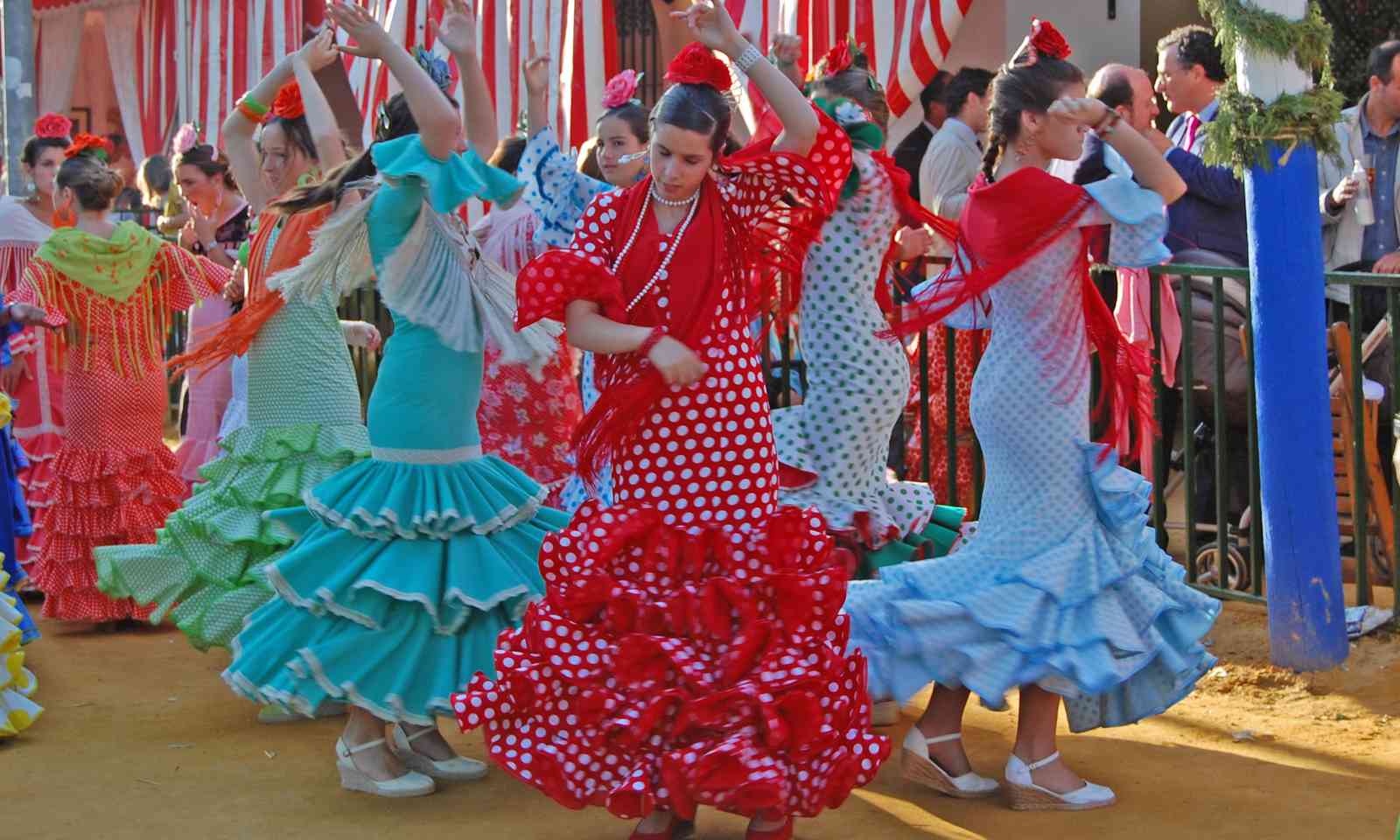 Flamenco dancers in Seville. From Shutterstock.com.

Ready to start planning your trip? Our Spain Travel Guide is the place to start. Make sure you drop by our Spain Essential Info page as well, for more everyday (but equally vital) information.

If you have a particular question about Spain, pop over to the myWanderlust Forum where our knowledgeable community are ready to spring into action and share all that they know. Or check out the questions that have already been asked about Spain. The answer to yours might already be there. 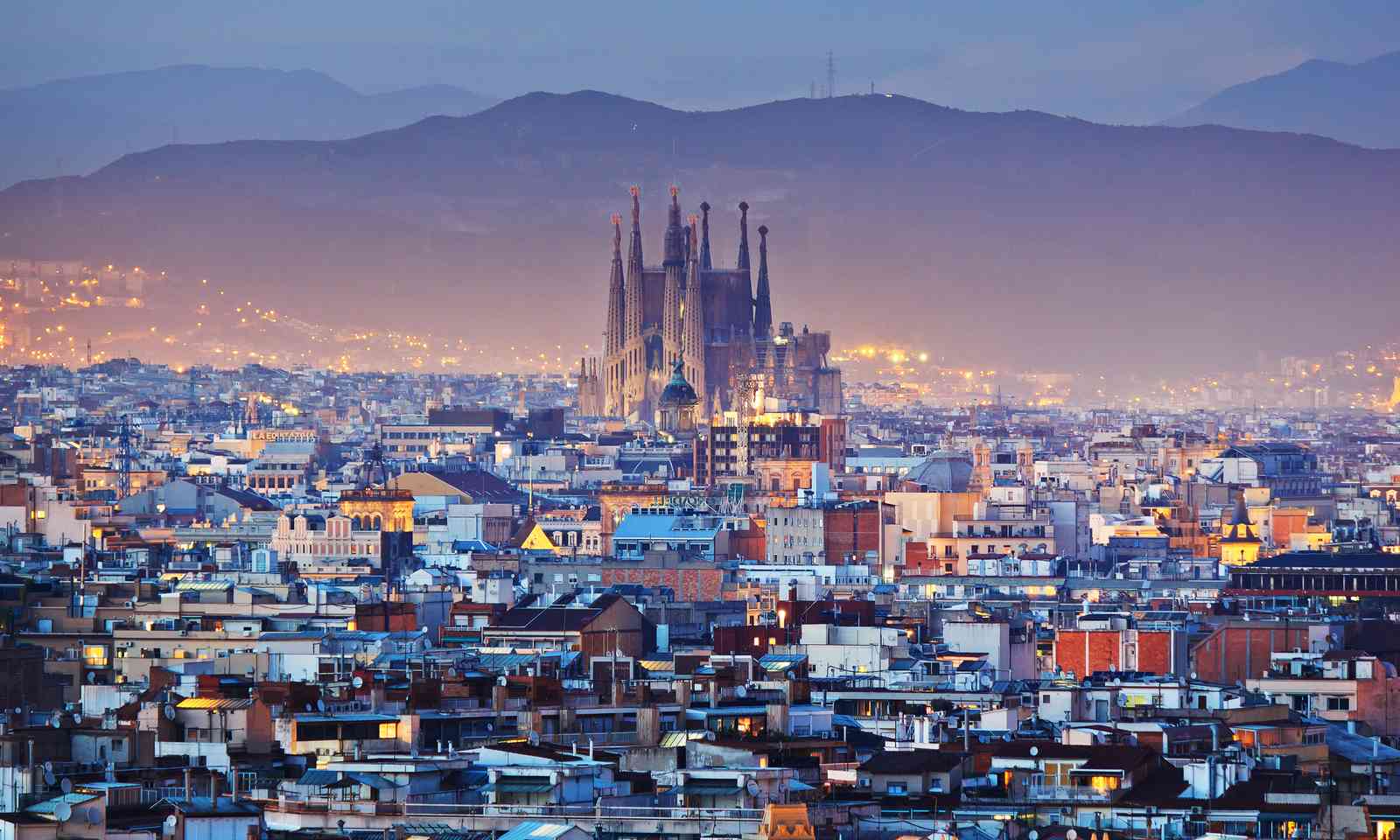 Here’s a selection of fantastic tours offered by our partners. From food adventures in northern Spain to wildlife encounters in the national parks and reserves on the Iberian Peninsula, there’s something to suit every taste and budget.

Our Trip Finder can help you find adventures in Spain