The slow train from Lhasa to Canton

Matthew Woodward decides to tackle the 4,390 kilometres from Lhasa to Canton in one go. Is he mad?

I'm back on the train again. It's the Z266, which runs daily from Lhasa to Guangzhou. The journey takes three days. I suspect that I am actually the only person travelling the full 4,390 kilometres to Canton. How many Chinese people would want to do this?

Lhasa station is fairly new and, once you are inside, it is a fairly easy place to navigate. Security is strict and my lucky black-handled Swiss Army knife is confiscated by the police. It has covered a lot of ground with me and opened some quite interesting bottles of wine.

After surrendering my knife, I realise that I could probably have just offered up my cheap KFS set that I keep in the same part of my bag. I don't think the x-ray machine actually revealed my Swiss Army knife. It’s just a random question they ask because foreigners tend to have such things. 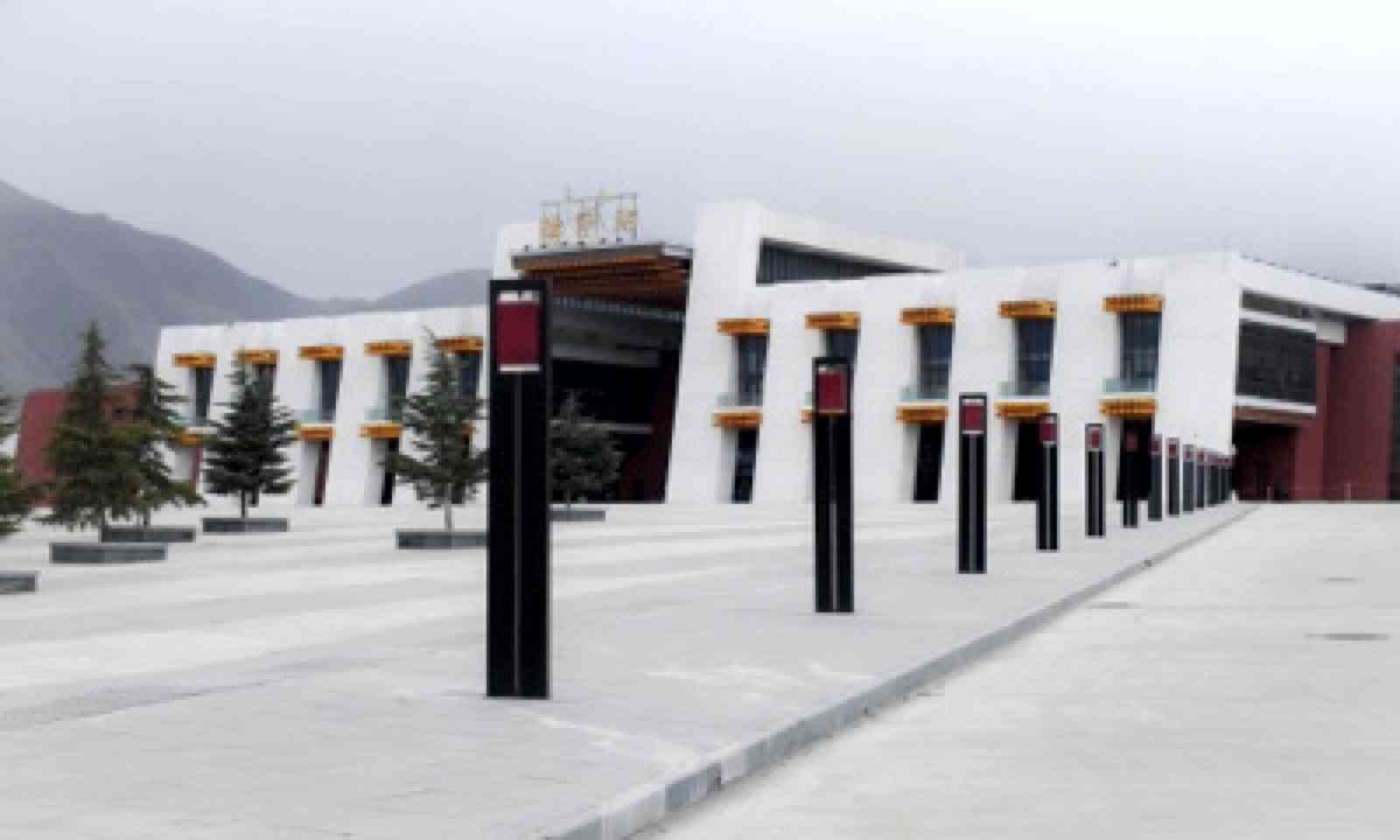 Once onboard the carriage, my immediate impression is that it is slightly more civilized that the Z service I used to get to Lhasa. I am sharing with a couple of Chinese chaps going to Xian. They have been incredibly helpful, rearranging the place and making space for my luggage. The luggage spaces in this carriage type seem quite small.

I'm in carriage No 6, berth 25. The good news is that I’m in a lower bunk this time. The mountaineering up to the top bunk on the last train was hard work at night, and I'm glad not to have to repeat this (although my technique was improving).

It doesn’t appear as if extra oxygen is being pumped in to the carriage at the moment. In just a couple of hours, we will reach the Tangulla Pass, at over 5000m, so I would happily have some if it were on offer. On the plus side, altitude will cease to be a problem later on in the night when we get back to Golmud, so, all things being equal, some sleep might be on the cards. 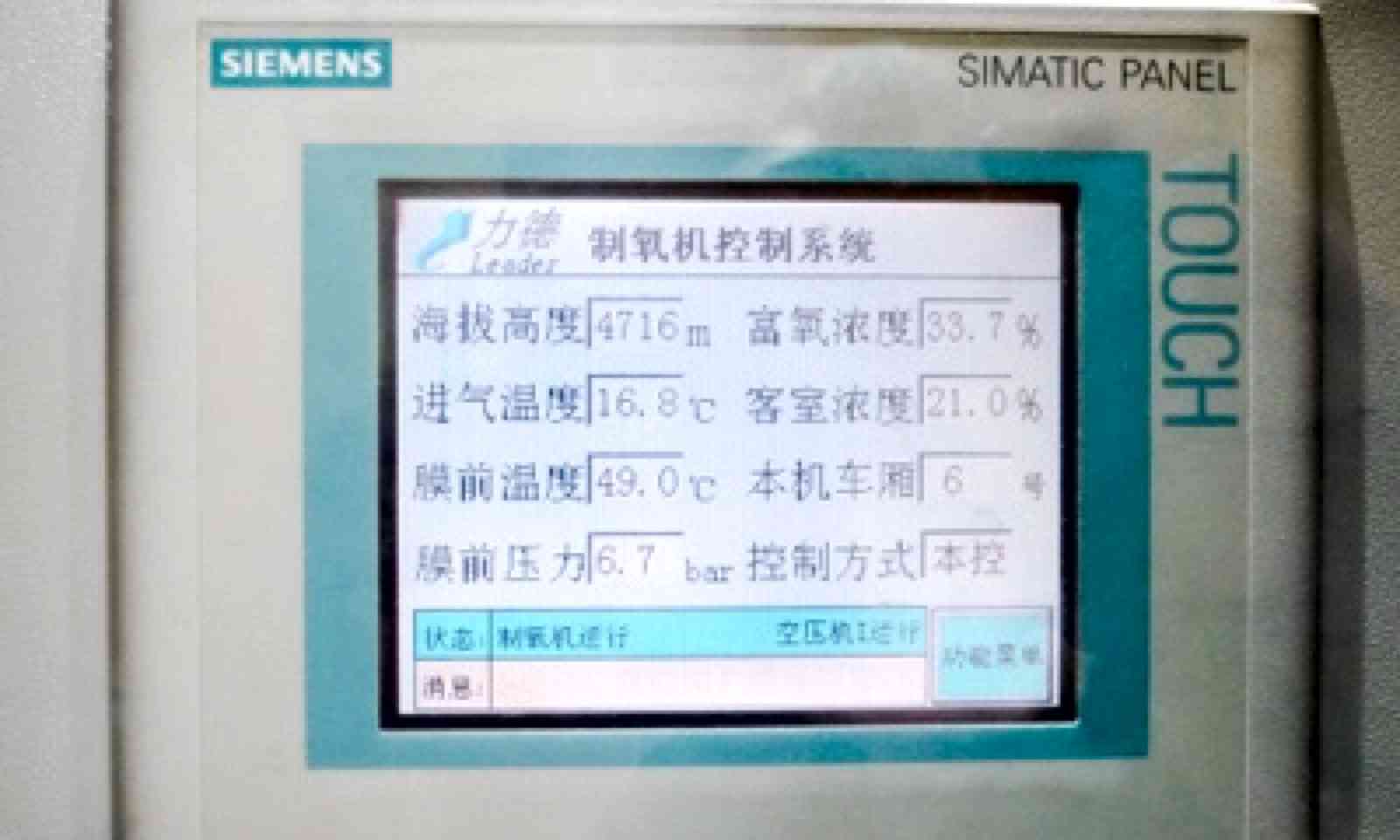 Chinese rolling stock is more modern than you initially think. I think the carriages look older than they are because they are painted dull green. If I were the Marketing Manager for Chinese Railways, I would immediately suggest they were painted in a more modern and appealing ‘airline’ style. The climate control systems at the end of our carriage certainly look sophisticated – they can read the exact altitude and even the pressure inside the carriage.

Rather bizarrely, I have just been made to complete a ‘health declaration’.  I didn’t have to fill one out on the more challenging route up to Lhasa. It wasn’t that difficult once I got the English version of the form. The guard handed me the Chinese one at first and I thought it was a tax return. 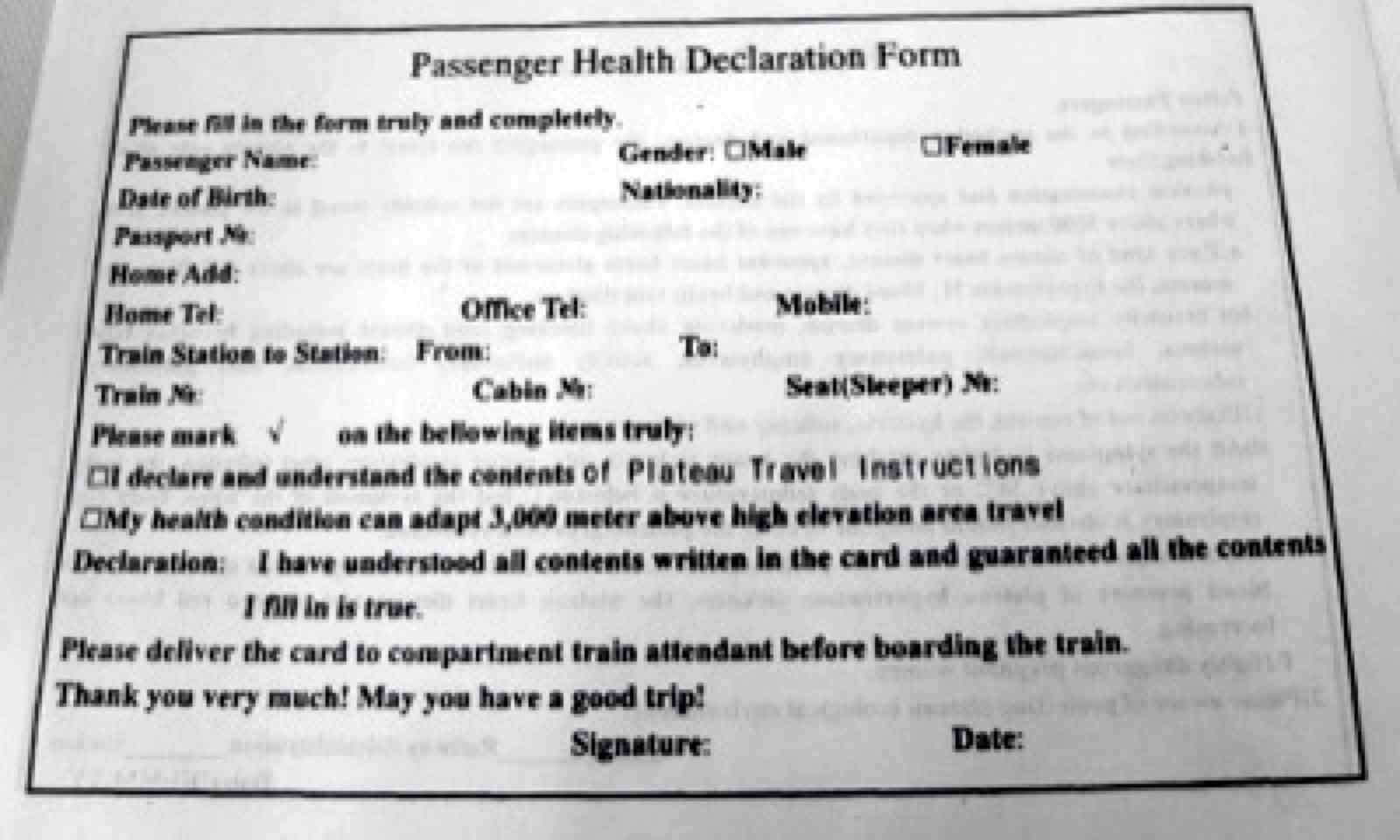 I try to sleep when I can, but the door of our compartment is left open and whenever I look up there are a couple of Tibetans or ethnic Chinese standing there staring at me like I am an alien from another world. Kids also like practicing their English by shouting "Hello!" at me and then running off.

Later on in the day, we leave the specially-constructed permafrost part of the line, and the train immediately speeds up to express speed. I use this as my cue to switch from speaking Tibetan back to Chinese.

It's not a big deal though, as I speak perhaps a dozen words of Chinese and only a few of Tibetan ­–"Tashi Delek" ("blessings") and "Tujay-chay" ("thank you").

Shangri La at the end of the line