Spirits Of The Niger - a memorable journey upriver to Timbuktu

Author Nicholas Jubber on an evocative journey up the Niger river to Timbuktu - a night of music, wildlife and ‘the scariest toilet’

It was just as the boatswain predicted. Around the time of the noon prayer, more than a hundred people squeezed onto the top deck of the Tikambo and plenty more tumbled into steerage. Then, for nearly four hours, they all stayed put, waiting for a sign of departure.

It was like stumbling onto a pirate ship and being ordered to walk the plank.

The covered part of the deck was taken over by women. They gathered on the floorboards, feeding their children, curling to the diesel-smelling warmth inside. Pirogues (long narrow canoes) and dugouts poled out from the shore to sell them snacks while we waited, skiffs twisting between the dribbling cascades of poured-out potties.

The steering wheel was in the prow, connected to the rudder by chains running outside, so there was plenty of space on the foredeck. It had the atmosphere of an old-fashioned pub or a working men’s club. Men were slouching on packing cases or lying across spaghetti coils of rope, smoking cigarettes, drinking tea and laughing in low, piratical hoots. 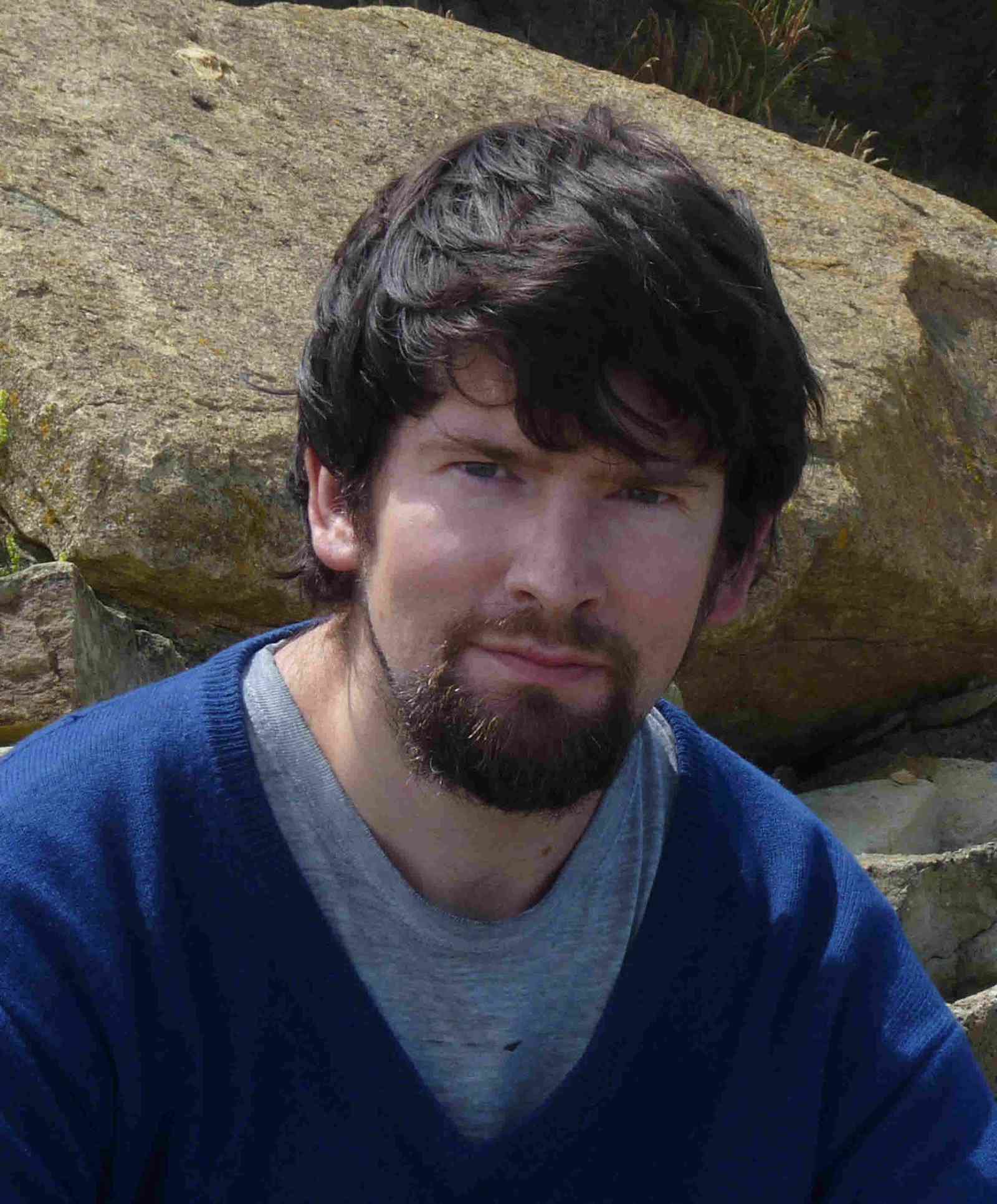 We made steady progress, churning the river to a rooster’s tail. Pirogues arrowed beneath us, packed to the gunnels with silver heaps of dogfish, like the swag of some river-king, while fishermen plounced in the shallows with driftnets. Three branches fingered out of Lake Debo, and we followed the most permanently navigable, the Issa Ber. We were gliding into Songhay country – the land of the ethnic group that dominated when diplomat and author Leo Africanus came this way.

I stood over the railing, taking it all in, watching out for the ‘multitudes of ... water-birds, which inhabit these marshes, and brood undisturbed by the people of the surrounding countries’, which French explorer René Caillié had led me to expect. The birdlife of the Niger has certainly felt the impact of the two tempestuous centuries since René’s visit, but diversity endures: every year, three to four million waterfowl use the Inner Niger Delta as a wintering area.

Raggedy herons parachute to the banks on stiltwalker legs, breast feathers trickling down their necks like beards made out of dishcloths. Kingfishers poke out of tunnels in the banks. Weaverbird nests hang from the bushes, echoes of the spindly thatching on the Dogon granaries. Most of the birds blend into the riverside colour scheme, but occasionally a more daring tincture – the rump of a golden bishop, a bee-eater’s sulphurous throat – dazzles like a flashing light.

It was the lack of reptiles and freshwater mammals that disappointed. This far west, hippos are rare, and hunters have stripped the Upper Bend of manatees and caimans. Although this was actually quite reassuring when I found myself receiving urgent signals from my bladder. ‘Um... is there a toilet on the boat?’ I quickly regretted asking.

The toilet was a rag-guarded hole near the stern. To reach it you had to climb along the freeboard, holding the grab rail and hoping no one jerked out an ill-timed elbow. I’d seen what the mothers did with their potties, so I was anxious not to misstep. It was the scariest toilet I had ever tried to use.

“Come on!” called out a Fulani dairy merchant sitting on the roof. “You’re a man, aren’t you?” It was like stumbling onto a pirate ship and being ordered to walk the plank. The rail grew slippier, a little spray reached my shins, and I dived through the gap, feeling like I was carrying a barrel under my belly. 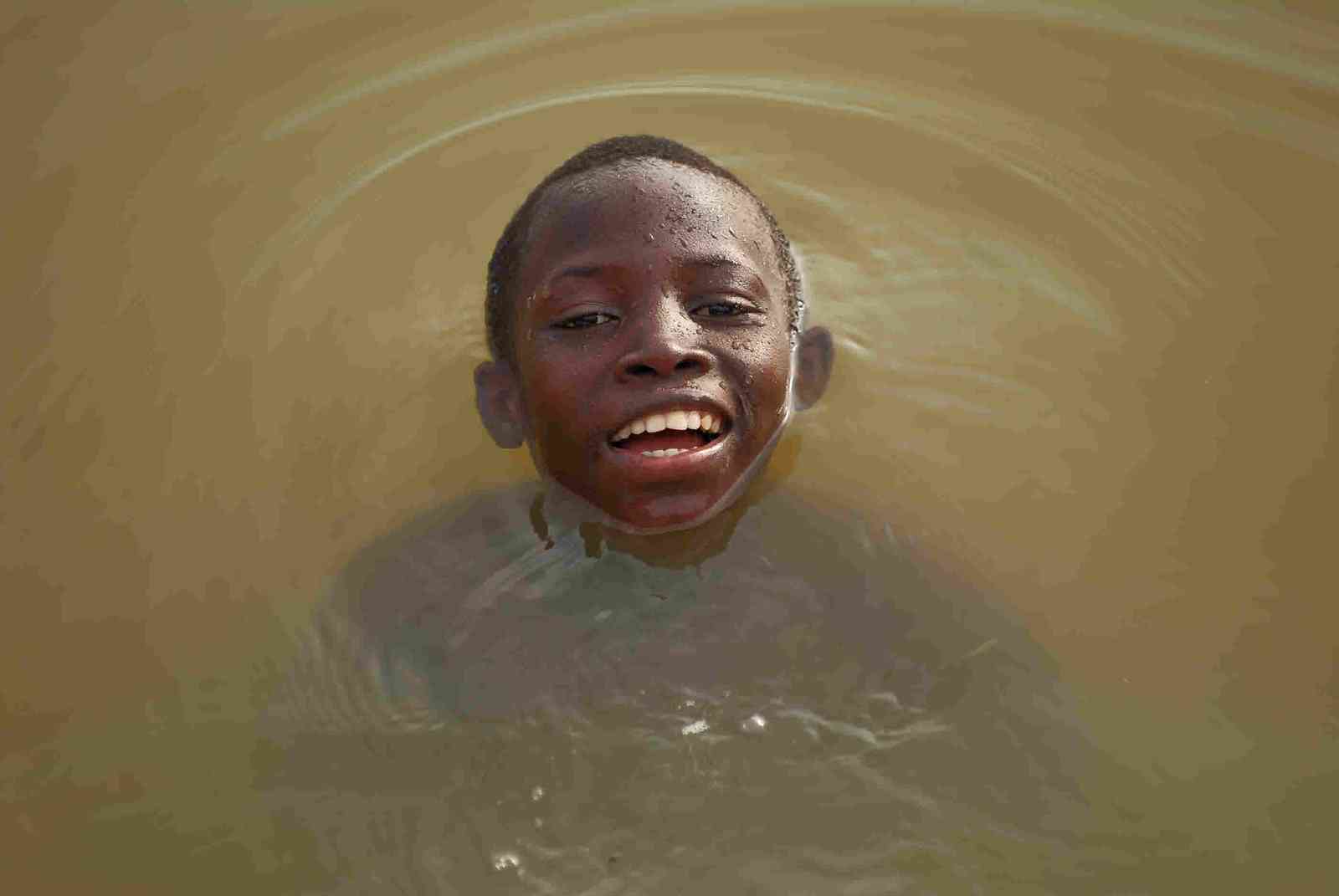 Boy in the Niger River (Dreamstime)

There was one more level to the boat – the liveliest of all. Up on the roof, raggedy men with flashing gypsy eyes sprawled under mattresses and coverlets. A couple of them were playing dice; one had a hip flask. They said it was cold, but to me the weather was perfect, a balm after the burning heat of day.

When my designated sleeping space was swallowed by the families below, I went up and joined the top squatters, using a sack of charcoal as a step and someone’s hand as a guiding rope. A sugar seller from Niafunké curled around my feet. My hip nudged against the belly of the dairy merchant. It was dark, but everything around me was clear – the stars, the fires in the hamlets, most of all the sounds. Perching birds churred and bullfrogs blasted to a distant thump of tam-tams. Water susurrated at the freeboard. I turned from the sharpness of the sky to the grooved skin of the river, tooled like a book cover by the fractured silver of the moon.

2600 miles in length, the Niger is Africa’s most improbable river. It begins in the rainforests of Guinea, cutting through swampland before it hacks a life-giving loop through the Sahara. Subdued for a few miles, the sands slowly launch their reprisals and the river curls back in retreat, winding south through Niger and Nigeria, scissoring mangrove swamps and jungle until it spends itself in the Atlantic at the Bight of Benin.

Leo Africanus would tell you it runs the other way. ‘This land of Negros’, he wrote, ‘hath a mighty river, which taking his name of the region, is called Niger: this river taketh his original from the east out of a certain desert called by the foresaid Negros “Seu”. Others will have this river to spring out of a certain lake, and so to run westward till it exonerateth itself into the Ocean sea.’

Did Leo even travel on the Niger? Was he wearing blinders at the time? His misorientation has provoked some damning criticism. EW Bovill (author of the historical classic The Golden Trade of the Moors) called it ‘a blunder of almost incredible magnitude’. It certainly didn’t do the European explorers any favours, leading them into all kinds of confusion until Mungo Park settled the matter in 1796 (although ancient authors like Pliny and Herodotus had long ago speculated correctly).

For those who traded on the river, there was never any doubt about its direction; and there were a great many who used it for trade. To the Arabs it was Nahr al-Abeed, ‘River of Slaves’. Gold diggers and salt merchants could just as easily have named it for their wares, so abundant were they on the riverways. Together, they underline the chief historical role of this remarkable thoroughfare: a marketplace luring desert tribes and sub-Saharans together.

Roads have challenged its primacy, but the river will never lose its significance in a land where water is so precious. The passage to Timbuktu, although several times slower, is widely preferred to the desert road, thanks to the frequency of bandit hold-ups on the latter. 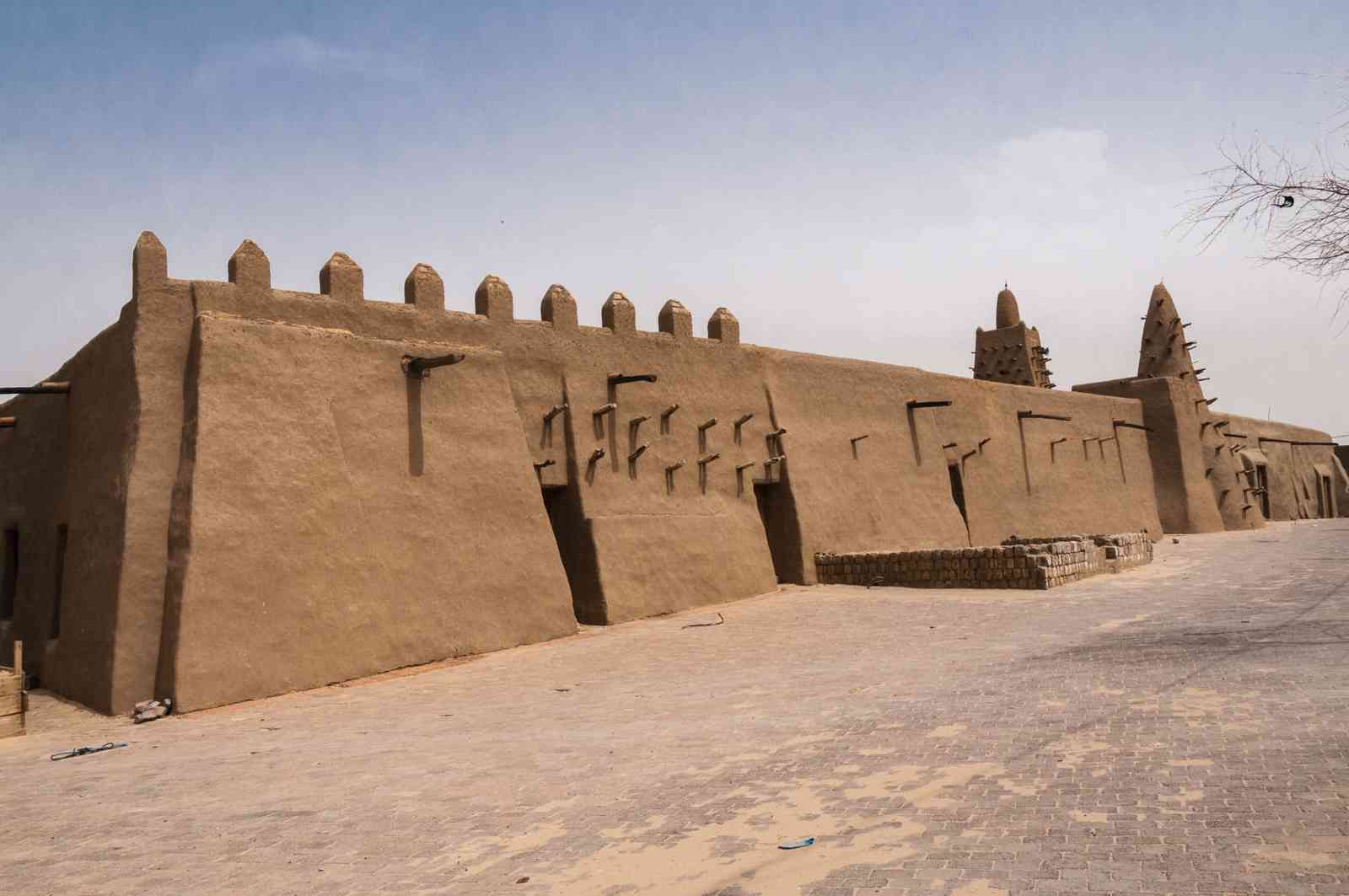 Pirogues pole out from every village, loaded with goods for sale – rice, millet, watermelons, bananas – and return with cargo or passengers. On this trip, the Tikambo was specialising in sacks of Dutch quality onions and crystal sugar, much of it kept in the hull, doubling as ballast.

Up on the roof, I had the perfect lookout. I watched the kingfishers launching their diving raids from Bozo fishing cages, barred by bamboo verticals and my own sleepy lashes. Nimble stevedores (loader) passed goods along the gangplanks and swung out of the hull.

Naked children turned themselves into balls, throwing themselves off the breakwaters, cracking the polished soapstone of the river. Grown-up men waded more gingerly, one hand cupped over privates, while bare-breasted laundresses kept their own quarter, scrubbing and squeezing T-shirts and boubous that only needed a few minutes in the sun to dry. They underlined the Niger’s other great role: as a giant bath-house, drawing people together for the camaraderie of the early-morning wash, like the hammams I visited in Fez.

I revelled in the riverside life, until the sting of the sun drove me under the covers. My fellow passengers were less bothered. Most of them treated the river with the same insouciance as the egrets floating out of the hippo-grass, or the reeds that swayed and dipped to our ripples.

Yet every so often, the Niger reminded us it could bite. Rips and creases broke through waxy boils, a swell broadsided the Tikambo and waves pawed at the gunwales to squeals in the hull. ‘Our river is angry,’ said a sugar seller.

As night plunged, firelight danced on the banks, smoke unfurling banners over villages and fishing hamlets. A cheer went up at the sound of a splash – someone had braved the river for an evening bath, his skin varnished by moonshine. Speakers were placed on the roof and hooked to a Walkman to play a song by the blind albino Salif Keita. We sat on the packing cases, nodding to the rhythm, a few of the passengers clicking their fingers.

The camaraderie of the boat was exhilarating, even when I couldn’t follow any of the half a dozen languages in which the conversations were held. Scooping up fistfuls of rice from a communal dish, I broke into the crusty bread I still had left, before giving myself over to the insects.

We had passed the junction of the Issa-Ber and its sister branch, the Bara-Issa. You could tell we were near Timbuktu because the architecture of the villages was changing. Fretted parapets stretched across the glassy mirror of the river, under the buttressed walls that bore the originals. Echoing back through time, they were a dirge for the troubled history of the Niger; the fortress homes of a settled people protecting themselves against the menace of the desert.

It was still dark when we moored at the port of Koriumé. We would have to wait until transport arrived on the car ferry from the other bank. I had barely slept, but I felt wide awake, fuelled as much by anxiety as adrenalin. I wished there was a little further to go; I wished I could have another day on the river and go to Timbuktu tomorrow.

The Timbuktu School For Nomads: Across The Sahara In The Shadow Of Jihad by Nicholas Jubber is out now (Nicholas Brealey, £20). See www.nickjubber.com.