Ahead of his upcoming new series Ireland, we caught up with TV presenter and travel writer Simon Reeve as he shared his thoughts on the Emerald Isle

We're used to seeing you explore far-flung destinations, so what attracted you to do a series in Ireland?
I think it's an island that people think they know. I didn't, and I was interested to find out more but I was also really keen to see if we could challenge the preconceptions about the place: that it rains a lot and that it's quite sleepy and disconnected.

When we were filming, the sun shone almost every day – we even got sunburnt! And Ireland felt very connected, very exciting, and packed with history. It's a brilliant place to visit and a fantastic place to travel around.

A lot of British people see Ireland as an extension of their own back yard. Do you think the series will encourage them to visit?
Yes. It's packed with history, stories and issues and has amazing character. We went from meeting a robot called Gretchen who milks his cows at an organic farm, to a bloke called Willie who keeps rescued monkeys just a stone's throw away from the Wicklow Mountains, not far from Dublin.

There are fantastic characters there. The Irish are an extremely welcoming and friendly bunch – that's a cliché that is correct. We want to encourage viewers to travel with their eyes really wide open: eat the local food; drink the local drink; chat with the locals and have a time that's truly memorable.

A lot of people go to Dublin and Belfast but most don't make it further than that. What did you learn about the country as a whole?
We put in some serious miles. Ireland isn't a continent but it's a good size to travel around because you can really do some distances and you feel like you've visited the place.

We came in at the south-east off the ferry from Rosslare and I travelled around Ireland in a clockwise circle: right up the west coast, along the Atlantic coast and then across the north, along the Causeway coastal route – which is one of the greatest drives in the world – and down the east coast, finishing south of Dublin.

You know, it was bloody brilliant. I loved the place and I loved the Irish, but the main surprise was just how stunningly beautiful Ireland is. I had no idea and I feel a little bit pathetic because I've travelled round a fair few parts of the world and I didn't realise there was that level of beauty on my doorstep. 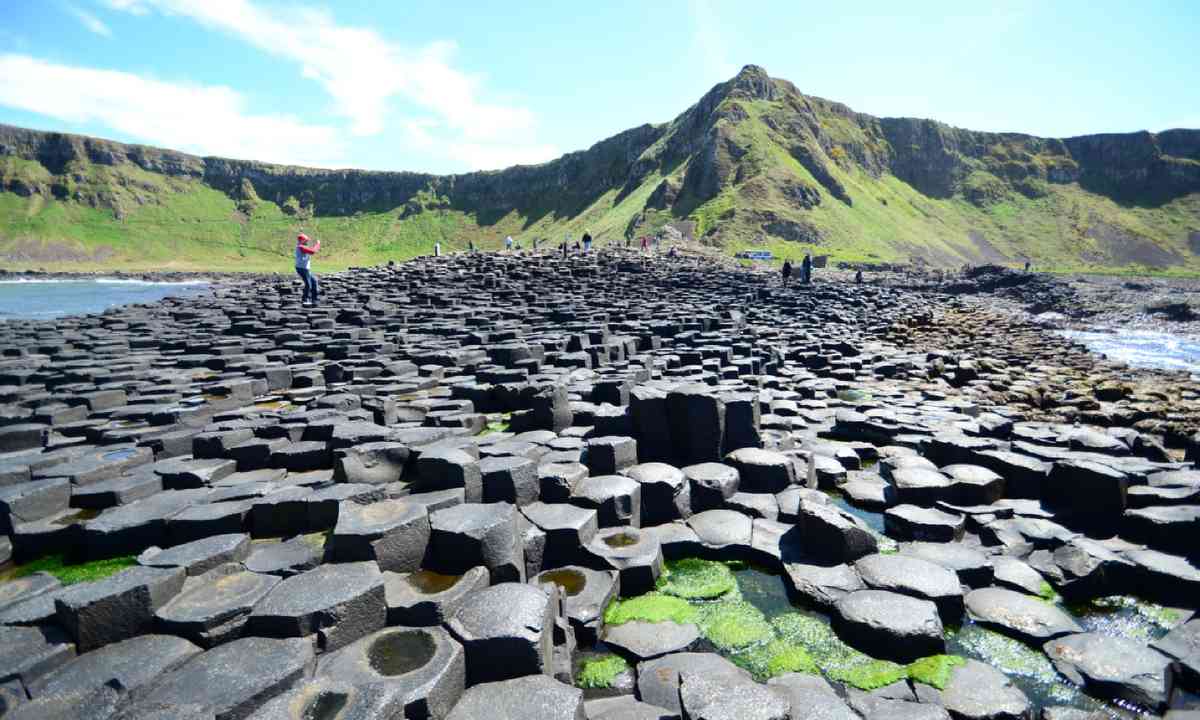 You said you hardly knew anything about Ireland before you visited. What did you learn?
I think a lot of Brits have a preconception of the Irish as being jolly but a bit cut off and a little bit slow. Of course, the reality is they're sharp as a nail and they've travelled a lot – the Irish are a great emigrating nation. They've travelled, and they're interested in hearing other travellers' tales too.

The main surprise was the beauty of it. We went through parts of Ireland that stand up with anywhere I've been to in the world. You look at somewhere like the Inishowen Peninsula in the very far north of Ireland – the crew and I had a little hug at the scene because we couldn't believe how beautiful it was.

The Wicklow Mountains are just a short drive from the middle of Dublin – they're just stunningly beautiful. And I'm personally starting of thinking of starting a lawsuit on behalf of the Irish people against anyone who dares to suggest it rains a lot in Ireland. I reckon it's a story that has been trotted out a lot to keep the Brits out of Ireland and discourage us from going!

But it was beautiful, sunny, welcoming and fascinating and the food was good: what on earth is not to like?

What about the series do you think will surprise viewers the most?
That's a good question. I think one surprise is the English bloke presenting it for a start. Everybody who has made a TV series about Ireland for the past couple of decades has claimed some spurious connection with Ireland. I'm not claiming to be any of that: I went there with an outsider's view and was blown away.

What will they see? I hope they will see different sides of Ireland they didn't know about. I'm hoping that even with the Northern Irish, we can share a few facts about their part of the world as well. We tried to counter stereotypes where we could and tried to tackle the issues both historically and contemporary.

We were in Belfast on the weekend of 12 July, which is the major culmination of the Loyalists and Unionists marching season and that was a hell of an eyeopener. It was a shock for me so I think it will be quite surprising for a lot of people watching it. I think the history of Ireland, particularly in the Republic, is so much more fascinating than many seem to think or realise. 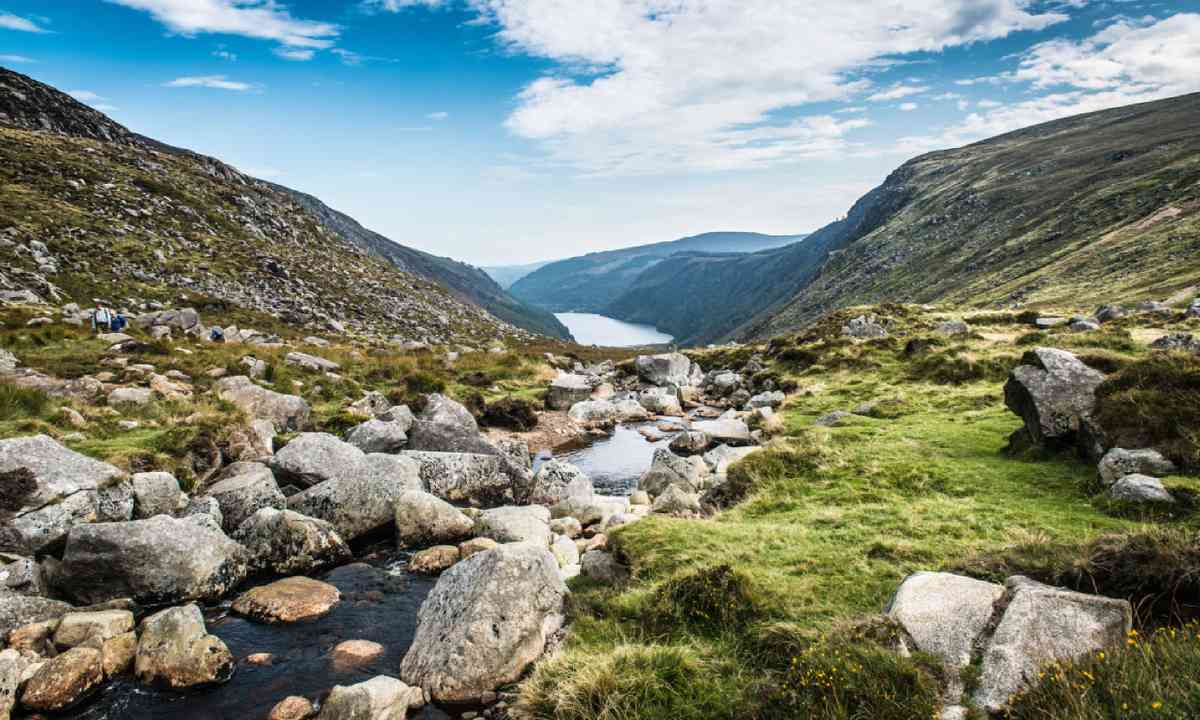 You covered a few miles on your trip: which places stood out for you?
I would recommend the Wild Atlantic Way, a west coast route that is one of the most extraordinary drives you can do, not just in Europe, but in the world. It's something the Irish Tourist Board has only recently got together but it's a fantastic thing to do.

I'd head up to the Inishowen Peninsula to the north of Londonderry and Derry, take a trip to the Wicklow Mountains just outside Dublin and visit Connemara National Park on the west coast. I'm smiling as I'm remembering them – there were so many times we were running out of daylight to film because we kept stopping to capture yet another beautiful view. For a battle-hardened TV crew, that's got to be a positive indicator.

When may we be seeing you on our screens after Ireland?
I've been travelling in Greece and I've filmed a couple of programmes there that will be shown early-ish in 2016. It was fascinating and I had similar amounts of sunshine at the other end of Europe [to Ireland]!


Ireland with Simon Reeve will begin on Sunday, 22 November at 8pm on BBC Two.