Short break on the Isle of Skye, Scotland

A magical landscape that inspired tales of fairies, giants and water spirits, today Skye also boasts some of the best stargazing in Europe

There’s something so other-worldly about Skye that even the most cynical traveller can’t help but look expectantly for the supernatural creatures said to inhabit Faerie Glen. It’s hardly surprising that Steven Spielberg chose this unique geological formation – a cluster of cone-shaped hills near Uig on the Trotternish peninsula – as one of the locations for his 2016 movie adaptation of Roald Dahl’s BFG; the ethereal setting is certainly a suitable backdrop for a fantasy tale.

And herein lies the beauty of Skye, the largest island in the Inner Hebrides: folklore is embedded in the landscape. It’s no wonder, given the number of awe-inspiring spots Skye packs into its modest 1,658 sq km. Such tales surely represent just one way that inhabitants and visitors have found through the years to explain the extraordinary natural marvels unfolding before them.

Like Faerie Glen, the Fairy Bridge between Dunvegan and Edinbane is the backdrop for a folk story. It was here, it’s said, that the chief of the Clan MacLeod was left heartbroken when his sweetheart, a fairy princess, returned home. Perhaps the Fairy Flag, kept as a MacLeod family heirloom at nearby Dunvegan Castle, was given to him as a gift of protection by his departing lover. 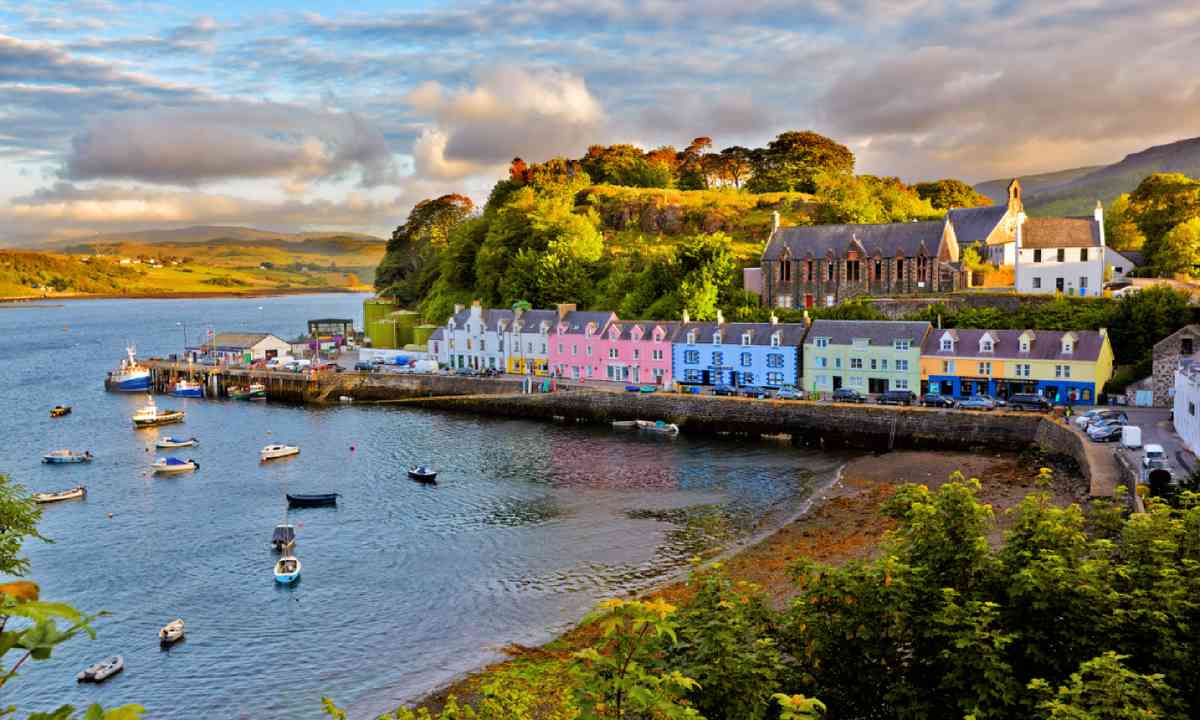 One of the most recognisable sights on Skye is the Old Man of Strr, a dramatic pinnacle that juts out from the craggy Trotternish Ridge. Some say it is the thumb of a giant who was buried in the earth; others claim that it is a reminder of another giant and his wife who, fleeing attackers, made the fateful mistake of turning to look back – and were instantly turned to stone.

Whatever the truth, it’s a great spot from which to drink in the spectacular views of the unique topography. It feels as though you’ve reached the end of the world – in a good way.

Of course, not all of Skye’s stories are mythical; many of its sites themselves bore witness to important historical events. After defeat at Culloden and the collapse of the Jacobite cause in 1746, Bonnie Prince Charlie chose to flee Scotland, and it was via Skye that he made his escape. Fiona MacDonald risked her life to smuggle him across, disguising the Stuart ‘Young Pretender’ as her Irish maid, Betty Burke, and carrying him to Skye aboard a small boat. You can visit Fiona’s grave at Kilmuir cemetery in the Trotternish, where a large memorial commemorates her bravery.

When to go: For bright skies and clear days, visit May or early June; in winter you might glimpse the northern lights. The Isle of Skye Highland Games are held each August.

Getting there and around: Glasgow has the nearest international airport, 300km to the south-east; Inverness airport is closer (150km), with flights from London, Dublin and Manchester. Trains of the West Highland Line run from Glasgow to Mallaig, from where CalMac ferries sail to Armadale in southern Skye (foot passengers £4.75). Stagecoach buses run from Kyle of Lochalsh on the mainland onto Skye and around the island.

By far the easiest way to get around is to hire a car from the airport or a local company such as Morar Motors, based in Mallaig and Kyle of Lochalsh. 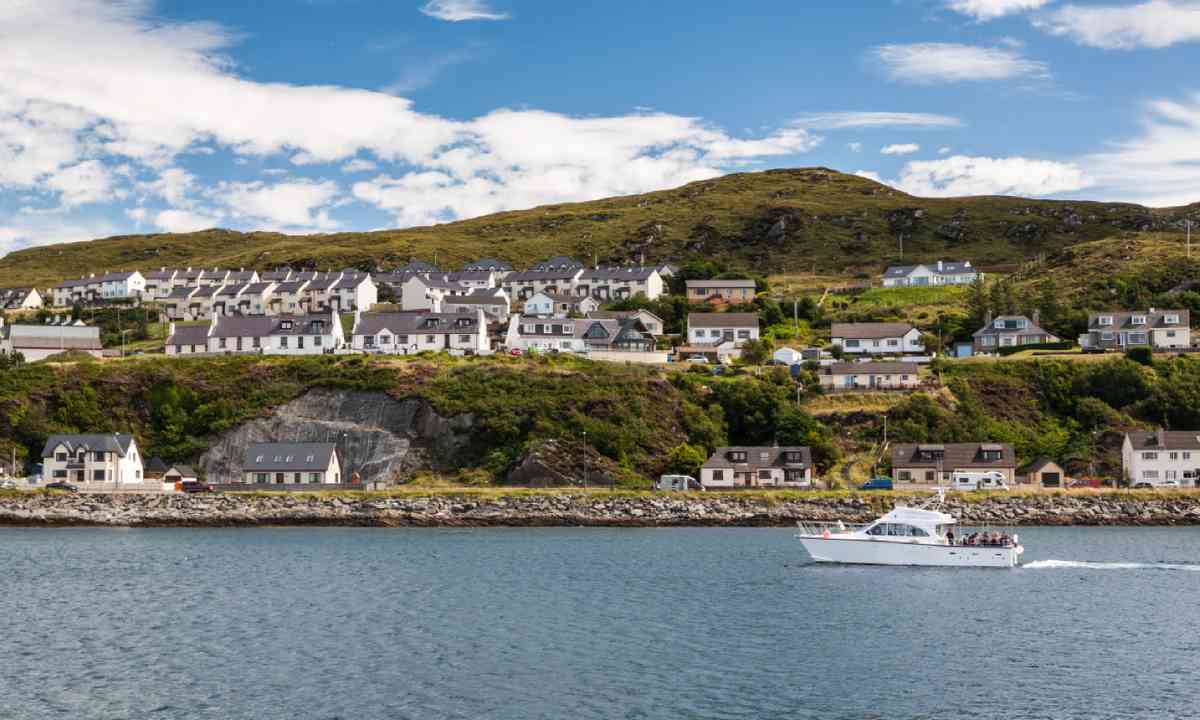 Where to stay: The spectacular Kinloch Lodge is a former clan hunting lodge set at the foot of Kinloch Hill on the Sleat peninsula in the south-east of the island. Luxurious doubles cost from £198 with breakfast. Sykes Cottages has a selection of self-catering properties across the island, many in gorgeous locations, with prices starting at £233 for a week.

Where to eat: The menu at Three Chimneys is inspired by the natural larder of land and sea, drawing on the culinary heritage of Scotland – it won a Michelin star in 2014. There’s stylishly luxurious accommodation here, too. Scorrybreac is a little less formal but still offers fine dining and top local cuisine.

Start your day in the colourful harbour town of Portree, where Bonnie Prince Charlie said his final goodbye to Flora MacDonald after she smuggled him across to Skye en route to escaping Scotland. Framed by cliffs, its natural harbour is beautiful. Café Arriba on Quay Brae is a great place to take in the views and watch the fishing boats come and go while you fuel up for the day ahead.

After breakfast, head north along the western side of the Trotternish peninsula to magical Faerie Glen. It’s not signposted – the fairies know where they’re going – but you’ll find it on an Ordnance Survey map (Explorer 408, Skye – Trotternish & The Storr). It’s an easy, though sometimes slippery, hike of a couple of kilometres from the Uig Hotel, about 20km north of Portree, though you could happily spend a couple of hours exploring the glen and climbing the many hillocks.

Finish your day with a sing and a jig at Edinbane Inn, a warm and welcoming bar offering hearty meals, ales from the Isle of Skye Brewery, and live music sessions on Sunday afternoons and Wednesday nights.

Start early and head to Staffin, a 25km drive from Portree. On An Corran beach, search for the dinosaur footprints, trodden into the rock 160 million years ago (clue: they’re near the slipway). Once you’ve seen the Staffin fossils in situ you can visit the nearby Staffin Museum (open by appointment: 01470 562321), which has fascinating exhibits, including the world’s smallest dinosaur footprint. 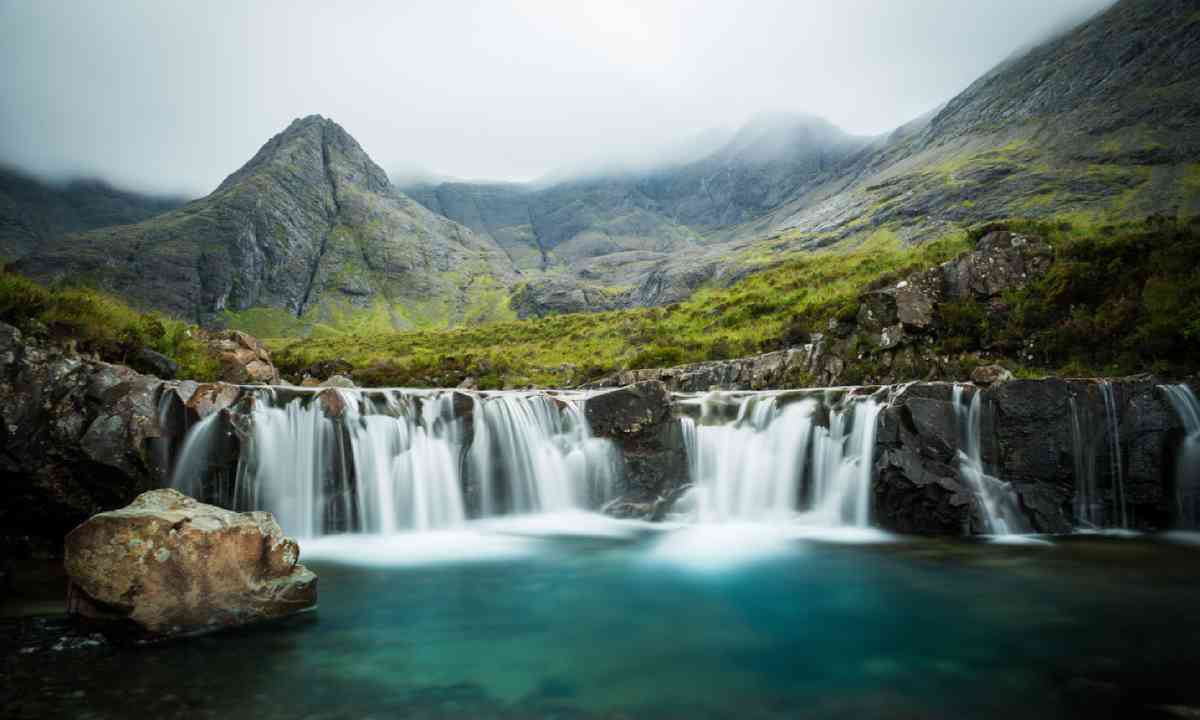 From Staffin head north along the road, travelling on the east side of the incredible Quiraing. This supernatural landscape is made up of glacial rock formations on the northernmost summit of the Trotternish (which means ‘pillared fortress’); check out the roadside view of Kilt Rock – a sea cliff said to look like a kilt, with basalt columns forming the pleats and the sandstone base giving an almost tartan hue. Just in front of Kilt Rock is Mealt Waterfall, which plummets down the rock face.

By now you should have worked up a healthy appetite so head back to Portree for lunch at Scorrybreac (open noon-2pm, Thursday- Saturday), a popular new restaurant that began life as a pop-up. Then drive on for 30 minutes to reach Talisker, the island’s only distillery, for an afternoon of whisky tasting.

Walk to the cave at Elgol, where Bonnie Prince Charlie hid before making his escape from Skye. The 4km walk starts from the jetty in Elgol, with views of the Black Cullin mountains – one of the best views in Britain. As you walk the boggy path you’ll be able to see across to the Isle of Eigg and will pass the overhanging crag of Suidhe Biorach (Pointed Seat), which legend says cures women of infertility. You’ll need to check tides to ensure you can descend to the beach to enter the cave where the Prince slept following his night’s march from Portree. 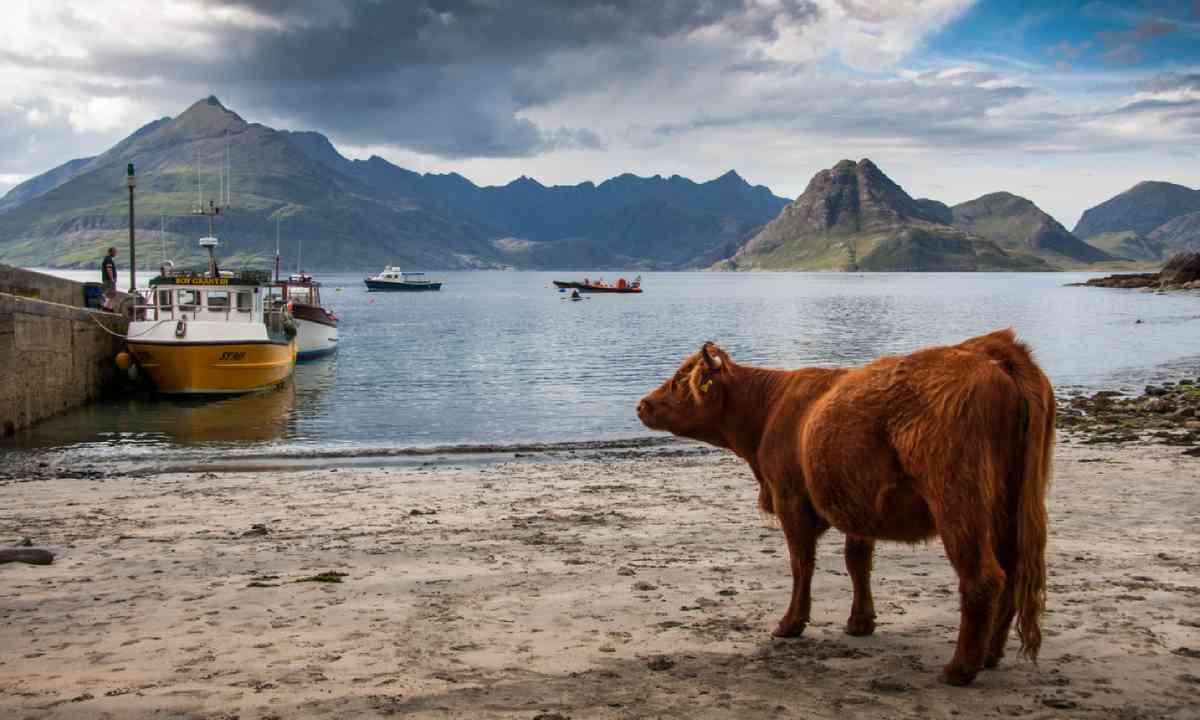 Next, take a boat ride to magnificent Loch Coruisk, that some believe has its own kelpie (water horse). Three-hour trips run from Elgol aboard the small Bella Jane four times a day, April-November, weather depending (£24 return; one-way options available for those who wish to camp overnight).

Back on dry land, have dinner at Michelin-starred Kinloch Lodge (a 40-min drive) before visiting one of the island’s Dark Sky Discovery Sites such as Kinloch Forest; in November look out for the cluster of the Pleiades or Orion’s belt. With no light pollution to mar the view, it’s like having your own private planetarium. You won’t be disappointed with the show.