'Anything one man can imagine, other men can make real.' Nowhere will you see this phrase truly realised so spectacularly as in Nantes, capital of the Pays de la Loire region. Here, mechanical elephants roam, giants parade through the streets and intriguing art installations can be found along – and even in – the River Loire Estuary, which cuts through this city in north-west France. Fitting, then, that these words were penned by author Jules Verne, who was born in the city himself.

As befitting its creative heritage, the city is handed over to a new troupe of artists every year. This means that the centre and surrounding area are peppered with a mix of both permanent and temporary artworks: boats escaping from the canal into the river; a giant tape-measure seemingly thrown over a building; black bears nestled into patches of wilderness; even a house in the middle of the water. You can’t go far without stumbling across the eccentric creation of another artist’s unstoppable imagination.

Unlike many cities that slash arts funding when times are tough, Nantes has done the opposite. When its main industry (shipbuilding) left town in the 1980s, officials knew the city had to reinvent itself, both to stop locals heading to retail outlets in the suburbs and to bring visitors into the centre. Money was invested in creating both permanent and regular events that celebrate creativity and draw people in.

An annual 16km art trail called Le Voyage à Nantes runs between late June and the end of August (a green line is painted through the city, so it’s very easy to navigate). There are also seemingly weekly festivals: film, dance, theatre, art – you name it, Nantes does it.

It’s working. Indeed, Nantes’ regeneration has been so successful that, now, year-round artworks can be found as far away as Saint-Nazaire, 60km down river, and there are plans to spread even further within the region.

Enjoying these creations is easy – Nantes wasn’t named 2013 European Green Capital for nothing. The availability of river cruises, walking routes, trams and bike hire make it easy to see the city and its suburbs in an eco-friendly way. Using these options you can explore the historic sites as well as modern marvels, such as Les Machines de l’Île, a fantastical art project on the site of the old shipyard, where you can mount a mechanical elephant or ride a unique carousel.

A visit to the region shouldn’t be restricted to Nantes though. From learning about traditional salt-making (and the production of tasty salted sweets) in Terre de Sel to exploring the old thatched cottages and maze of marshes in Brière Nature Park, there are plenty of delights here, both imagined and real…

When to go: The whole Pays de la Loire region can be enjoyed year-round; in Nantes, festivals seem to be held every day of the year. However, shorter opening hours in winter make May- September the best time to visit.

Getting around: Nantes has an easy-to-use public transport system that encompasses trams, buses and even ferries. If you plan to use this network, the most economical option is to buy the Nantes Pass. It is available in one-, two- and three-day durations (from €17). It covers most attractions, a cruise on the Loire and travel on public transport. Note, the pass is not valid on the TAN airport shuttlebus (20mins; €7.50 [£6]), which runs from the airport to the train station. The station is a short tram ride or walk from the centre. Taxis are also available from the airport (10-15mins; around €30 [£24]).

To explore the Pays de la Loire region further, it’s best to hire a car; this is possible from both Nantes airport and train station.

Where to stay: Recommended in Nantes is Hotel La Pérouse. Its rooms mix minimalist with art, putting you in the right frame of mind to start exploring the city just outside your door. Doubles from €69 (£55).

Prepare to be confused, surprised, awed and amused on a full-day exploration of Nantes, the creative capital of the region. Ease in with breakfast at La Cigale (Place Graslin), a feast for the stomach and the eyes, with its lavish art nouveau decor.

From there, browse the shops on your way through historic Passage Pommeraye, built in the 19th century to connect the old stock exchange (now a book/music shop) with the old bourgeois area. Head to 4 Cours Olivier-de- Clisson, the house where Jules Verne was born. Then take in the old Bouffay district with its wooden houses and quirky cafés, the ornate Cathédrale Saint-Pierre et Saint-Paul and the Château des Ducs de Bretagne. Here an audio guide will recount the history of the area.

Hire a bike from Detours de Loire (Allée Baco) and pedal to Île de Nantes to see the wacky constructions of Les Machine de L’Île. Then eat lunch at La Cantine du Voyage (Quai des Antilles). Cycle out of the city to discover the artworks along the Loire. A good circuit runs from the island, over to Trentemoult and along to Le Pellerin; take the ferry to the north side and pick up the trail back (takes around four hours). End with dinner at Pickles.

Today, explore more of the region. Pick up a car from Nantes station and drive to the coast where the Loire River meets the Atlantic Ocean. First stop should be Guérande (90min drive). Admire the architecture, have a crêpe for lunch and walk the medieval walls of the old city on a self-guided stroll (free maps are available from the tourist office). You’ll likely already have noticed the number of places selling salt – which comes directly from the next stop... 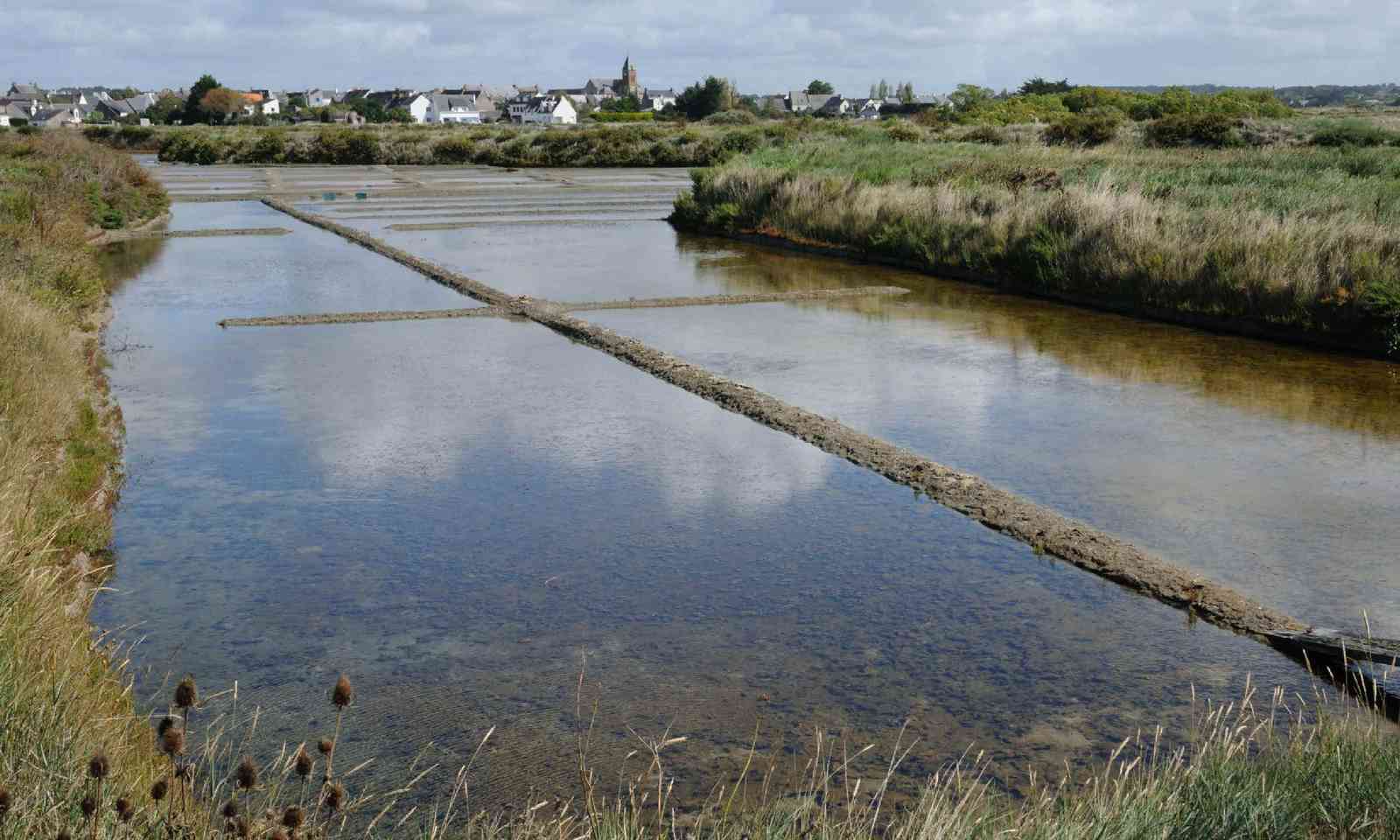 Terre de Sel is a 15-minute drive away. Here, for the past 2,000 years, salt has been harvested from the ocean using a system of salt marshes and canals and the natural power of the sun and wind. A guided tour (from €9; [£7] available in English) gives an insight into the fascinating and difficult process as well as a chance to sample some salty treats.

Come evening, head to La Baule, a coastal town on the edge of the marshes, with an eclectic mix of original houses amid the brash hotels. Stay at hotel St Christophe and end the day by the sea at one of the restaurants on the beach, from where you can watch horse-riders on the shore.

Start at La Baule’s daily market (closed Mondays in winter) to pick up a baguette or two along with fresh fruit, seafood or homemade preserves before driving to nearby Brière Nature Park. Stretching between the Vilaine and Loire Rivers, this network of marshes is best explored by boat. 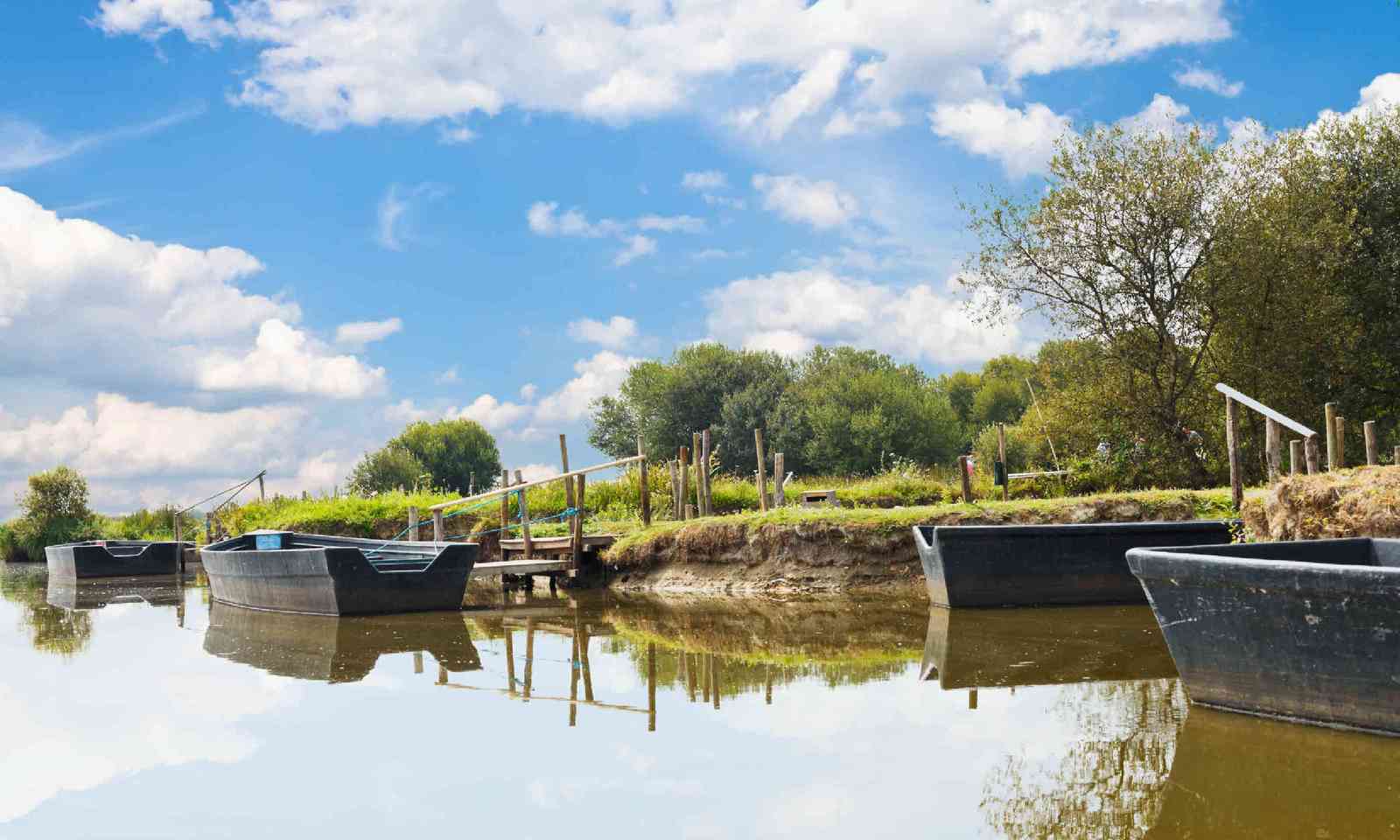 Launch from Breca, where a guided, barge-punted tour will weave you through the maze of canals, showing you local fauna and flora en route. A five-minute drive takes you to Kerhinet. Here you’ll find restored examples of the old thatched cottages that dot the landscape. Follow the interpretation boards to get a feel for what life was like here in 1875, when 15 families called it home. Grab some lunch at the Auberge de Kerhinet while looking out for birds.

Spend your final night at La Mare aux Oiseaux. With its architectural fusion of classic thatch and modern glass walls, its garden on the marsh – which teems with native birds – and some of the best food you’ll ever taste served at the Michelin-starred restaurant, it’s the perfect place to finish your French adventure.