Boasting hip dining, wild safaris within sight of the city and stunning hikes nearby, Kenya’s capital doesn’t live up to its bad reputation, as Anna Dubuis discovers

Nairobi’s reputation for crime, often dubbed ‘Nairobbery’, sadly precedes it. Consequently, many visitors opt to skip Kenya’s capital. But common sense prevails here: take taxis at night, don’t flash your cash around and you will be fine.

Behind the lurid headlines, Nairobi is a city of warm hospitality, with phenomenal wildlife attractions and emerald forests all within its limits. On its doorstep also lies the Great Rift Valley, where treks up dormant volcanoes and along lush green mountain ridges reward tenacious hikers.

At its centre, the capital is a rich melting pot and a meeting point for many of Kenya’s ethnic groups, making it a likeable blend of old and new. Explore traditions and rustic eateries alongside a new wave of hip neighbourhoods and restaurants that have grown out of the country’s recent economic boom.

Alas tourism took a nosedive here in the wake of the 2013 Westgate shopping mall tragedy, but it is turning around. British Airways is increasing its capacity by 784 seats a week between London and Nairobi this summer, as a new wave of visitors prepare to rediscover the Green City in the Sun. 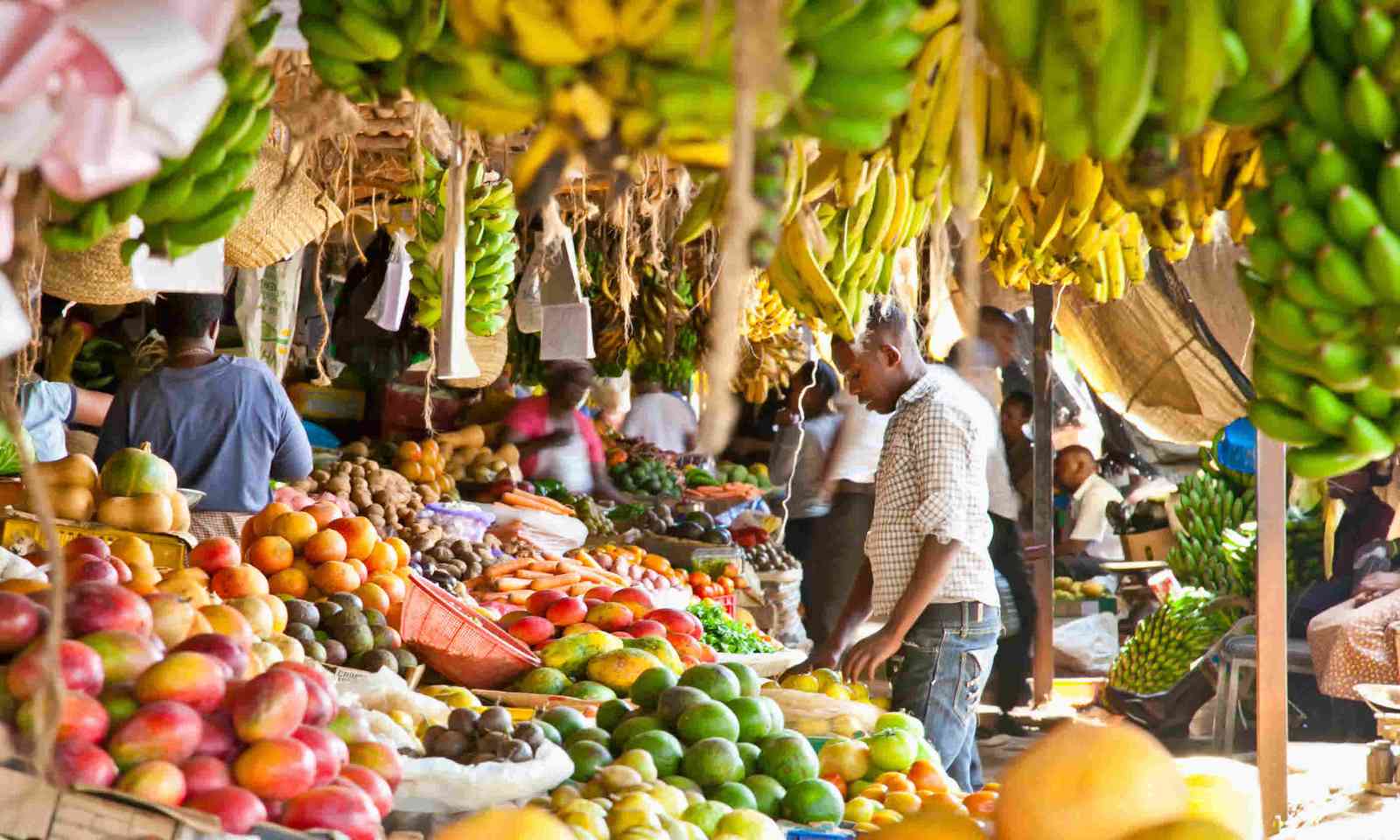 British citizens will require a visa. Avoid the queues in Nairobi by applying online in advance or from the Kenya High Commission in the UK. You will also need to fill in immigration forms on arrival.

The airport is open 24/7, but there are only a few cafés and shops. Outside of the arrivals hall, you’ll find a couple of ATMs, a bureau de change, tour operators and a branch of mobile phone network Safaricom – to buy a SIM card.

Scores of taxi drivers wait at the arrivals hall. If possible, try to arrange a pick-up in advance to avoid the scrum.

A cheaper way to get into town is by matatu (minibus) No. 34, which runs daily until 9pm – but be wary of your luggage. Traffic along the main road into Nairobi is very congested during weekday mornings and evening rush hours but dies down at the weekend. 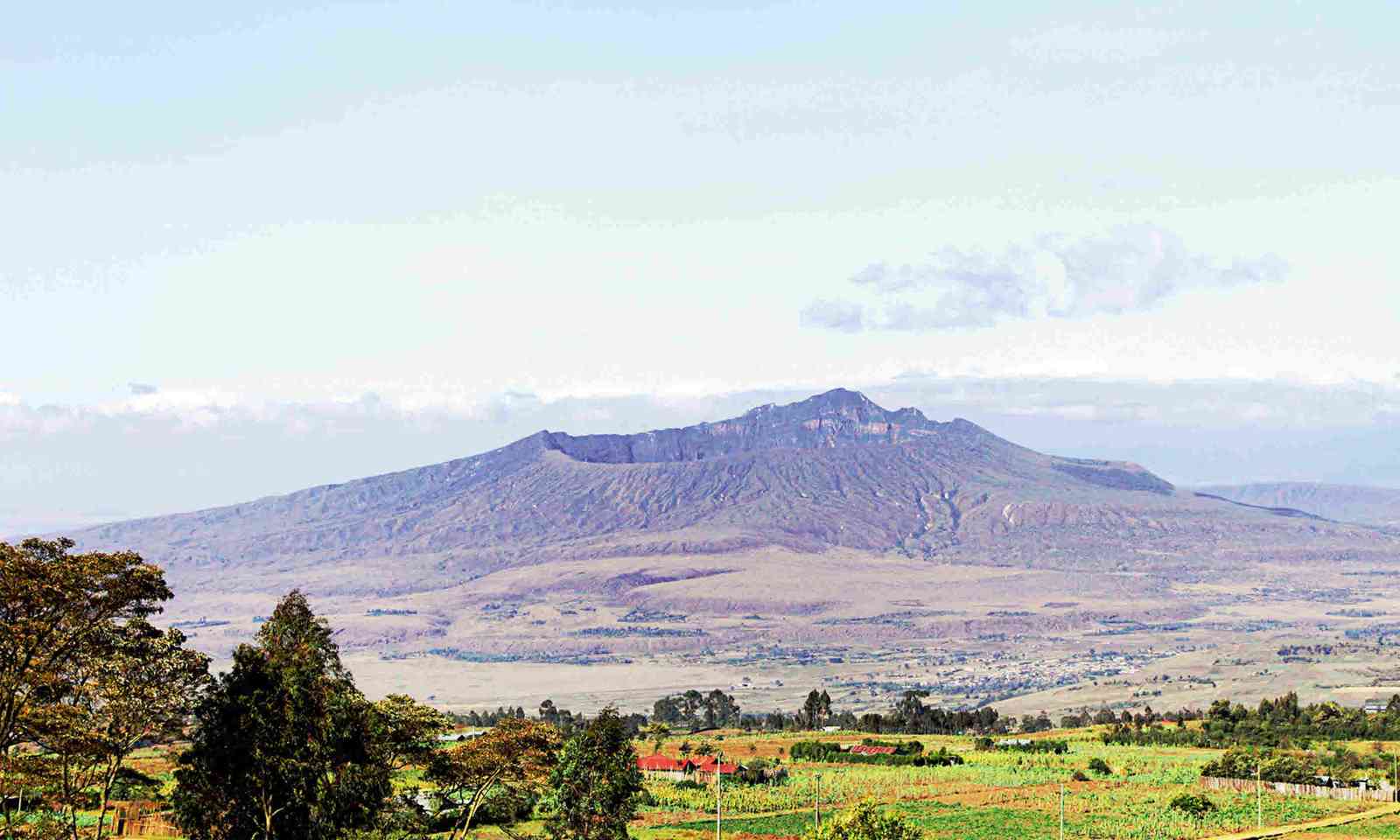 There is a train that goes between Nairobi and Mombasa, but it is notorious for its tardiness, often arriving at its destination a whole day late. If arriving from elsewhere in Kenya, taking public buses or internal flights are faster options.

Population: 3.363 million
Language: Swahili and English are the two official languages
Timezone: GMT+2 (Mar-Nov GMT+3)
International dialling code: +254
Visas: Visas are available on arrival or in advance online.
Currency: Kenyan shilling (KSH), currently around KSH147 to the UK£.
Highest viewpoint: The Kenyatta International Conference Center offers a 360° view of the city from its central location.
Health issues: Thanks to Nairobi’s high altitude, malaria is not a concern, but antimalarials will be needed elsewhere in Kenya. Check immunisations (diphtheria, hepatitis A, polio, tetanus and typhoid) are up to date. Do not drink the tap water; wash fruit and vegetables before eating.
Recommended guidebook: Kenya (Lonely Planet, 2015); Nairobi & Rift Valley (Footprint, 2012); Kenya (Rough Guides, 2016).
Web resources: A guide to local activities can be found at jambonairobi.co.ke, while kenyabuzz.com hosts a calendar of events. Visit magicalkenya.com for Kenya’s official tourism board website. A number of unofficial city guide apps are also available to download.
Climate: Nairobi generally has a pleasant climate year-round. From December to March, temperatures hit the high 20s (ºC) before the rainy season hits in April. From June, it is slightly cooler through the year with another short rainy season in November. 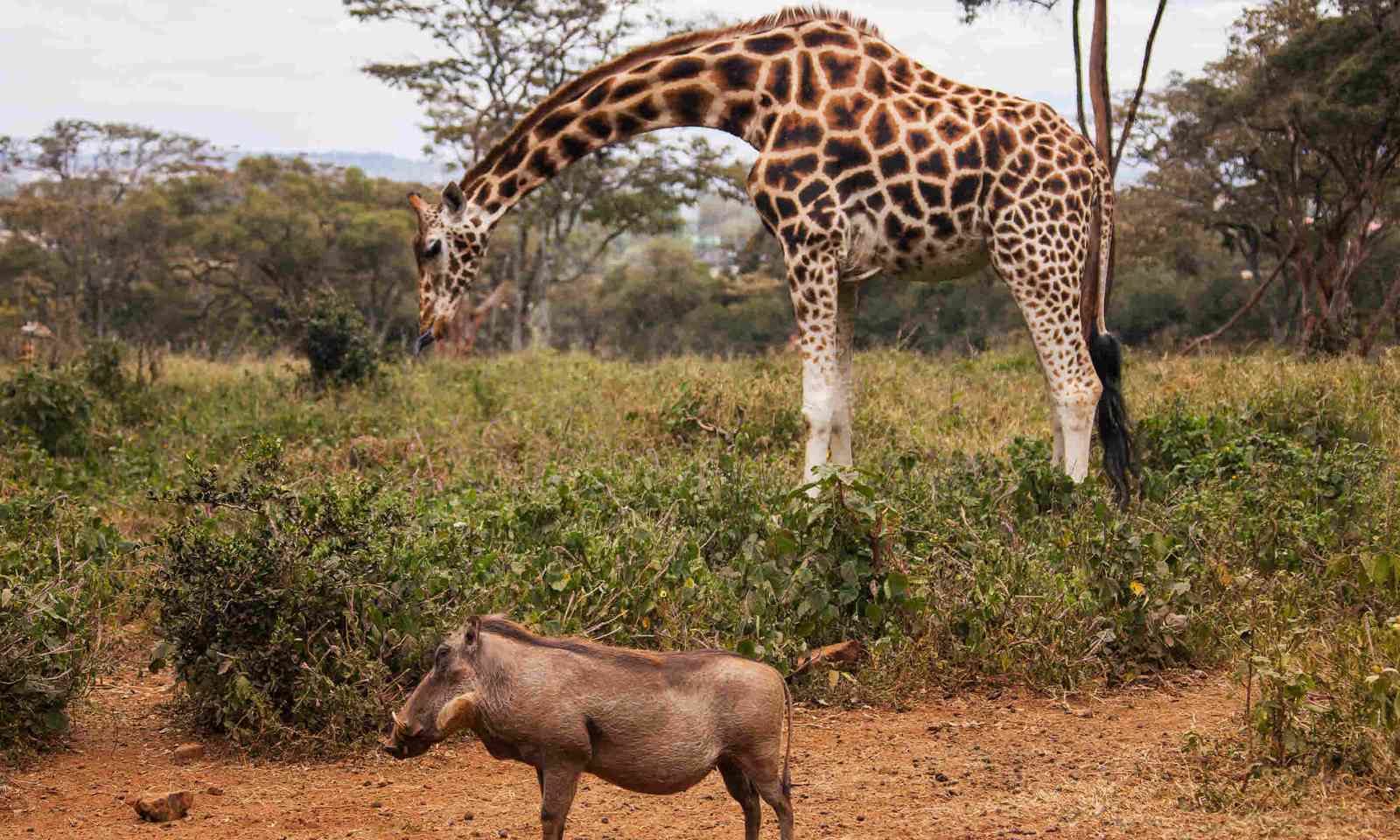 Fuel a packed day with a hearty brunch and a mug of Kenyan coffee in the pretty gardens of Tin Roof Café (30 Dagoretti Road) in Karen, Nairobi’s affluent, largely expat neighbourhood. Then take a taxi to non-profit conservation area Giraffe Centre (giraffecenter.org) mid-morning – to avoid crowds – where, from an elevated platform, you can get up close with its long-necked residents.

If you want to see more wildlife, pay a visit to the David Sheldrick Elephant Orphanage to watch baby elephants being fed and playing in the sprinklers. A short taxi ride away is also the Karen Blixen Museum (Karen Road), set in the farmhouse where the author lived and wrote Out of Africa.

In the afternoon, take a taxi to Karura Forest, a vast sweep of woodland in the north of the city. A 2.5km walk leads to a dazzling waterfall; stop for a sundowner on the veranda of its River Café on the way back. For dinner, head to Le Palanka restaurant for high-end Kenyan food on James Gichuru Road.

Finish the evening off with some local sounds at Alchemist Bar, a hip outdoor venue in Westlands with a diverse roster of Kenyan bands.

Taxis home are easy to find and Uber drivers are everywhere. During the day, an easy and cheap way to get around are matatu minibuses, but make sure you know your route.

Top end: Hemingways (Mgathi Ridge) is a boutique hotel set in leafy grounds that look out across the Ngong Hills. Harking back to colonial days, it ably blends African arts and crafts with a plush modern look. 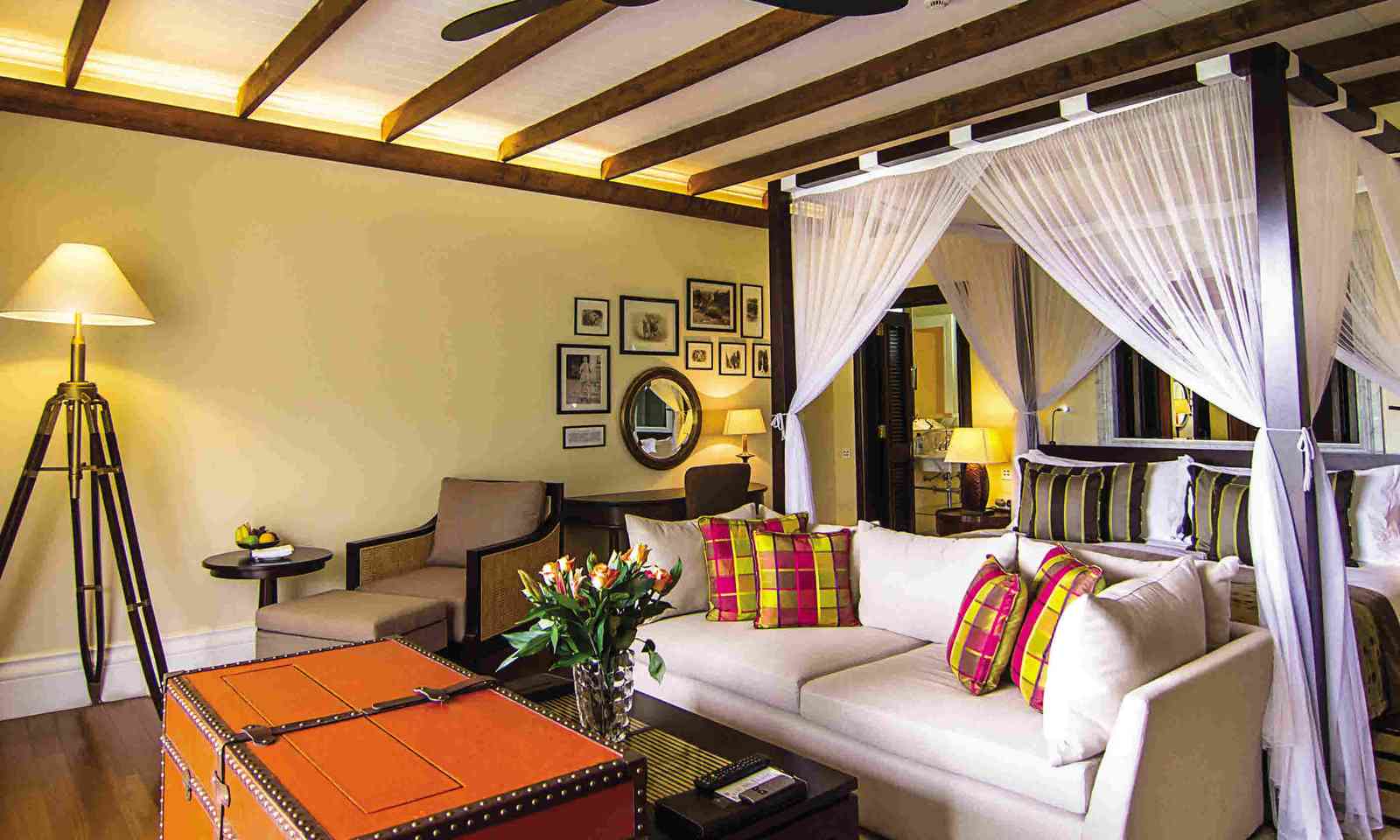 Mid-range: Situated in Westlands, Nairobi’s lively hub for restaurants and nightlife, Bidwood Suites Hotel (Lower Kabete Road) offers stylish, comfortable rooms for a decent price and has both a pool and spa for chilling away from all the commotion.
Budget: Manyatta Backpackers (Milimani Road) lies in Kilimani, a residential neighbourhood on the outskirts of the city centre. It’s a good base for exploring Nairobi in any direction, with welcoming staff and double rooms that are basic but clean.

Be sure to stay a few days in the capital to get a sense of the real Nairobi. But nearby are a wealth of sights. The Ngong Hills frame the south-west of the city, just 30km from the centre, and offer a hard four-hour trek across a rolling green canvas.

Further afield, visit Mount Longonot, a stratovolcano 80km north-west of the capital. Inside its crater sits a lush forest, and while its a tough hike, fine views across Lake Naivasha and the Great Rift Valley are your reward.

Next to Mount Longonot, and adjacent to Lake Naivasha, is Hell’s Gate National Park. Here you can cycle through plains filled with zebra before ditching the bikes to hike its impressive gorge on foot.

If you don’t want to go too far, just south of the capital is Nairobi National Park. This is remarkable for its abundant wildlife, which roams against a backdrop of the city. This is great for getting a taste of safari life on short notice, or if you don’t have time to see Kenya’s bigger parks.