To find out what it feels like to be a hobbit, simply pull off your shoes, roll up your trousers and amble to the battlements of Mont St-Michel. Perched atop a rock off the west coast of Normandy, opposite the Brittany border, this World Heritage site is a bastion straight from the imaginations of Tolkien and Peter Jackson, a fortified village that spirals up to the sheer walls of a massive gothic-fantasy abbey.

Standing at the foot of its hefty battlements, I craned my neck to peer up at the glinting spire at its summit. With my toes grubby with silt after a hike across the bay, I succumbed to a serious case of the Frodos, dwarfed as I was by this mighty monument to St Michael. I wouldn’t have been at all surprised if an army of orcs had appeared to lay siege.

That’s the impact the seaward northern side of Mont St-Michel has, anyway. Not so much the southern, landside face – at least, until now. Since the first stone causeway was built in 1879, the mount’s island-ness has been eroded. And not just by the growing tide of visitors and, later, cars and coaches that crowded the causeway, but also by the sediment building up around the base of the rock. 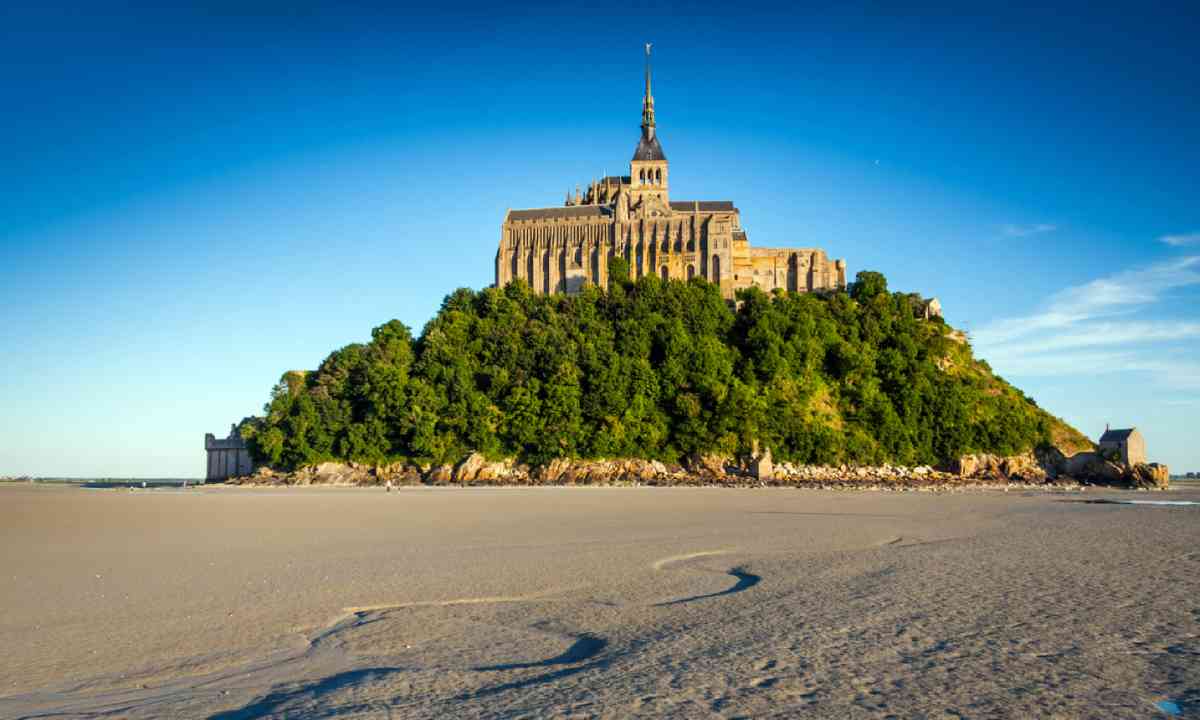 As of September 2015, that’s all changed. A 20-year project to restore the environment has seen the causeway ripped away and a new barrage installed on the Couesnon River, managing the flow of water to flush the accumulated silt from around the mount and pushing back the encroaching saltmarshes. With the last of the diggers removed at the end of the summer, and just a slender, undulating wooden bridge as the vital umbilical cord to the mainland, Mont St-Michel has become an island once more.

This bay experiences the highest tides in Europe; the biggest grandes marées top 14m, when waves surge in ‘as swiftly as a galloping horse’, Victor Hugo claimed. Visit at the very beginning or end of September and you’ll witness water lapping all around the rock fully for the first time in well over a century.

The mount has been a hot ticket almost since it received the celestial seal of approval in AD 708, when Bishop Aubert of nearby Avranches was prodded by the Archangel Michael to build an oratory atop the rock formerly known as Mont-Tombe (‘Tomb Mountain’).

It’s more popular than ever today – in France, only the Eiffel Tower and Versailles receive more visitors. But don’t be blinded by the packed main street lined with shops peddling tourist tat. With various ways of admiring its dramatic setting, magnificent abbey and fascinating history, Mont St-Michel remains an unmissable spectacle – more magical than ever now it’s free from its concrete shackles. 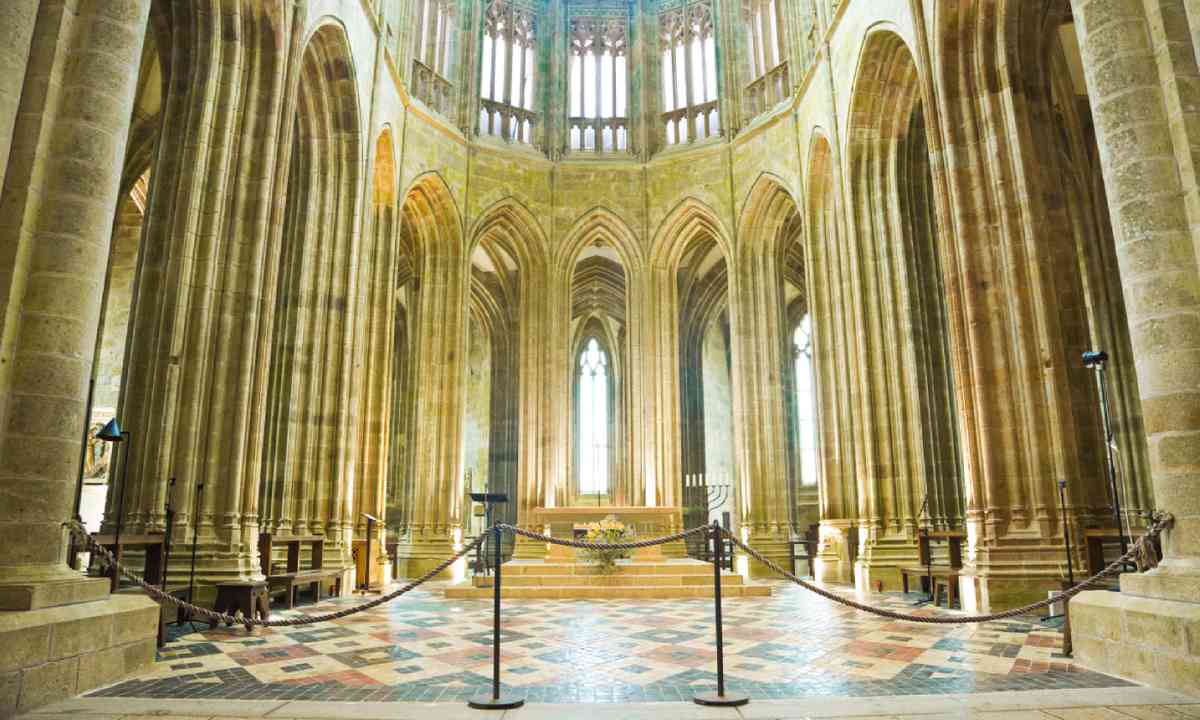 Inside the Abbey of Mont Saint Michel (Shutterstock)

When to go: Year round, though high summer is incredibly busy.

Getting there: Brittany Ferries sails Portsmouth-St Malo overnight from £172pp return for car plus two passengers; foot passengers from £80 return. From May to October buses run Tuesday-Saturday from St-Malo to Mont St-Michel; buses are less frequent in winter. Shuttlebuses and maringotes (horse carriages) run along the bridge from Mont St-Michel car park (parking costs €12.50 [£9]).

Getting around: Public transport is limited. A car is almost essential for exploring the region; cycling is a good alternative for the energetic.

Where to eat: Not on the island – it’s all overpriced tourist fare, though for a taste of tradition you could try the (expensive) famous omelettes at La Mère Poulard. La Grange de Tom, on the clifftop at Champeaux, has a lovely terrace looking towards the abbey.

Stop at the visitor centre by the new car park, to learn about the abbey, the bay’s natural history and the restoration. Then stroll or ride the bus to the mount (2.5km), entering via the Porte de l’Avancée, the right-hand of the two main gates. Pass the tourist office to join the mass of tourists on the Grand Rue, the main (indeed, only) street in the village, which sneaks between the half-timbered houses. 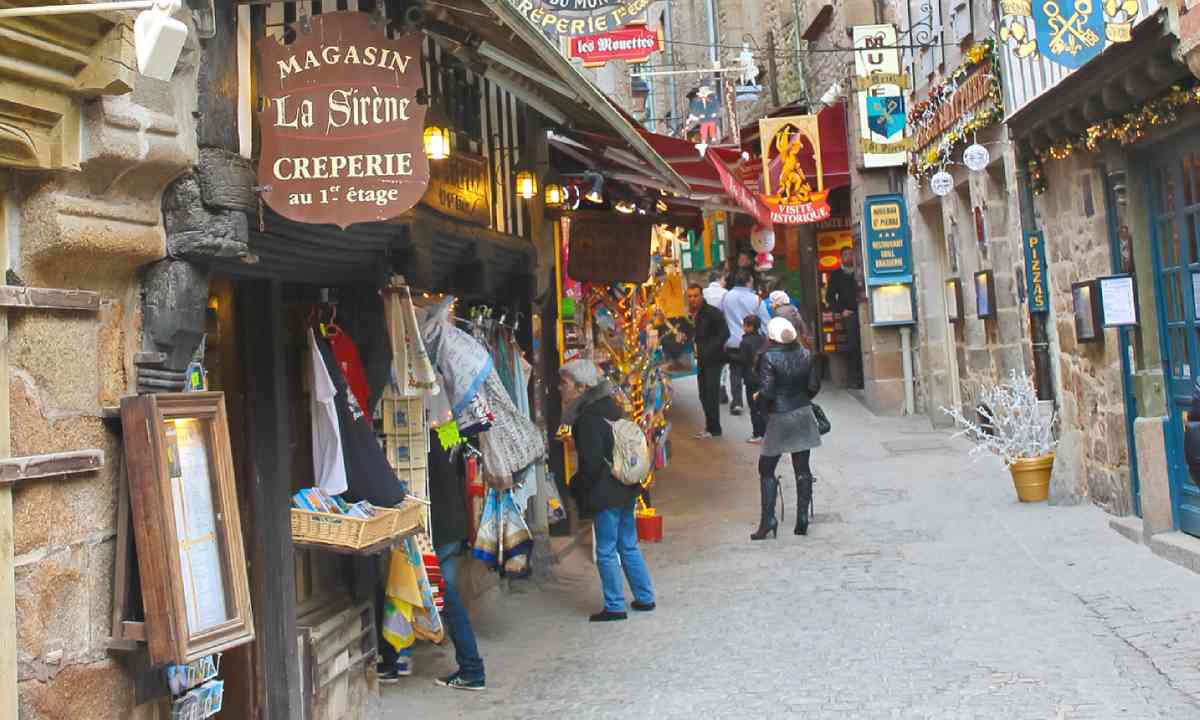 There are a few museums of varying quality. Archeoscope (€9 [£6.50]) offers a multimedia introduction, while the Logis Tiphaine (€9) recreates the interior of a 14th-century knight’s residence. To avoid the crush, duck up steps just inside the inner gate to wind along the ramparts, built in the 15th century to defend against English attacks during the Hundred Years’ War.

Access the abbey itself (€9, audioguide €4.50 [£3]) via the huge guardroom. Climb the 350 steps of the Grand Degré to reach the abbey church, a romanesque-cum-gothic concoction started in AD 1000 and enhanced in the 15th century; the slender spire topped by a gilded St Michael was added in 1897. Explore the cloisters, refectory, scriptorium, guests’ hall, knights’ hall and pilgrims’ almonry of the Merveille, the 13th-century edifice built on the steep north slopes.

There’s plenty to see outside those mighty walls. Rise early for an aerial perspective: Régis Mao offers morning flights over the mount in his microlight or Bond-esque gyrocopter (€80/90 [£58/65] for 20 minutes), with views of the saltmarshes and sweeping bay almost as spectacular as the abbey itself. 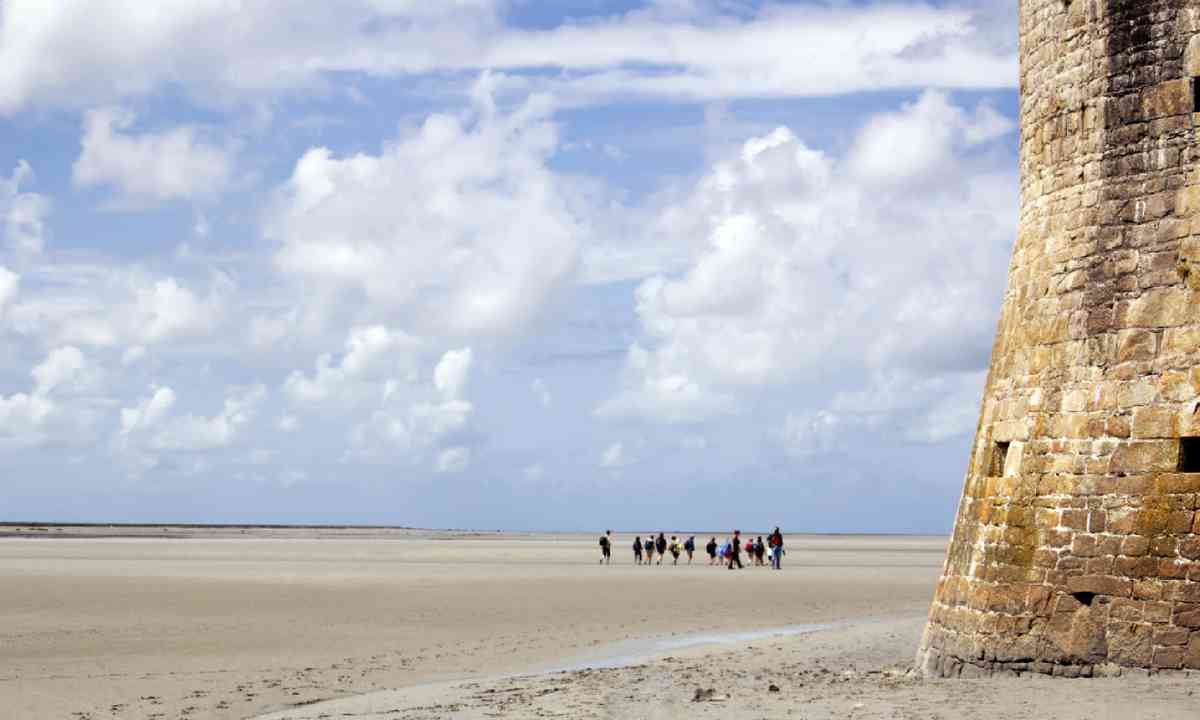 Timings for the rest of the day depend on water levels – check the tide tables. Just before low tide, set out across the treacherous sands in the company of an experienced guide on one of the regular bay walks (from €5.50pp [£4] depending on numbers); walks run from the coast at Genêts, following in the bare footsteps of centuries of pilgrims. You’ll learn about the perils of quicksand and the rapidly changing tides, as well as the history of Tombelaine, Mont St-Michel’s twin island just to the north, from where English troops plotted (unsuccessfully) to take the holy rock.

At higher tides, experienced kayakers can paddle to Tombelaine or Mont St-Michel (from €25 [£18]. .

Ever wonder what happened to St Aubert, the abbey’s founder, and the manuscripts produced by those assiduous medieval monks? The answers lie in the nearby town of Avranches, where Aubert was serving as bishop when he was visited in a trio of visions by St Michael. His skull, pierced by the finger of an irritated archangel to provoke the founding of the island abbey, can be seen in its gilded reliquary in the Trésor de Saint-Gervais in the basilica of the same name (free).

Less macabre is the Scriptorial (€7 [£5]), an illuminating modern museum that displays the many manuscripts painstakingly inscribed by the monks of Mont St-Michel, and puts their work in fascinating context. 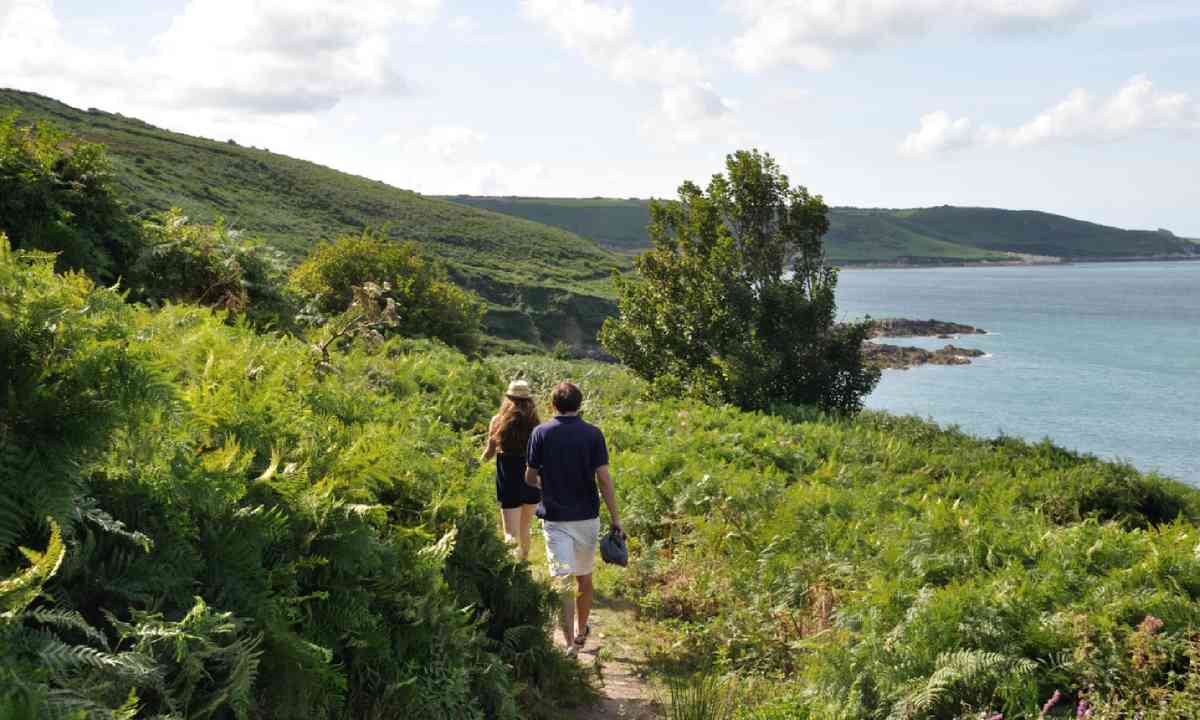 Hikers on the GR223 in Normandy (Shutterstock)

For yet more dramatic views of Mont Saint-Michel, hike a section of the GR223 or Sentier des Douaniers (Custom Officers’ Path), a walking trail that loops some 430km around the Cotentin Peninsula from Isigny, near the D-Day landing beaches, to the mount. The 17km leg from Carolles to Genêts provides spectacular vistas of the abbey from the clifftops of les Falaises at Champeaux and includes the most beautiful kilometre in France – allegedly.