Geneva is a money destination in more than one sense. Visit the explorable ‘small big city’ for helpings of history, science and amazing fondue

French-speaking Geneva is a city with a paradox at its heart. It’s an international centre for diplomacy – home to the UN, the Red Cross and countless other NGOs. It’s also here that legions of high-powered bankers grease the wheels of finance and CERN scientists play with ‘God particles’ and billion dollar machinery, blasting beams of protons around the Large Hadron Collider.

Genevans are either leading the world or saving it, and with that kind of responsibility the streets ought to be a seething tide of cortisol. Yet the overriding impression is one of complete serenity, of a global city with the laidback feel of a small town, where there’s always time for a lazy lakeside stroll.

Just as perplexing is why more people don’t linger. So many of Geneva’s visitors are just passing through; indeed, as the alpine ski season approaches, they’ll be doing just that in their thousands, bound for the slopes. But Geneva is ideal for a short break.

The city is draped around the south-west shore of Lac Léman – also known as Lake Geneva, Europe’s largest Alpine lake. When the sun shines it stipples the water with silver, highlights the funnels of the belle époque paddle steamers and catches the spray of the Jet d’Eau, Geneva’s iconic fountain, which spurts a plume of water 140m high.

The city is also divided by the River Rhône and flanked by the Alps – on a clear day you can see Mont Blanc shimmering on the skyline. All in all, it’s an arrestingly beautiful setting.

With its tranquil parks, treelined boulevards and colonnaded public buildings, Geneva’s aesthetic is elegant and understated. A host of museums and galleries (many of them free) bolster its cultural credentials. There are colourful festivals too: the Fêtes de Genève street party is held in summer, while December brings the Fête de l’Escalade, when torchlit processions commemorate the successful defence of the city against the Duke of Savoy in 1602.

Geneva’s historic heart, and the site of that defence, is the Old Town, on the Rive Gauche (Left Bank). Now a knot of winding streets centred around the Gothic Cathédrale Saint- Pierre, this was once an Allobrogian frontier post, conquered by the Romans in 121 BC. 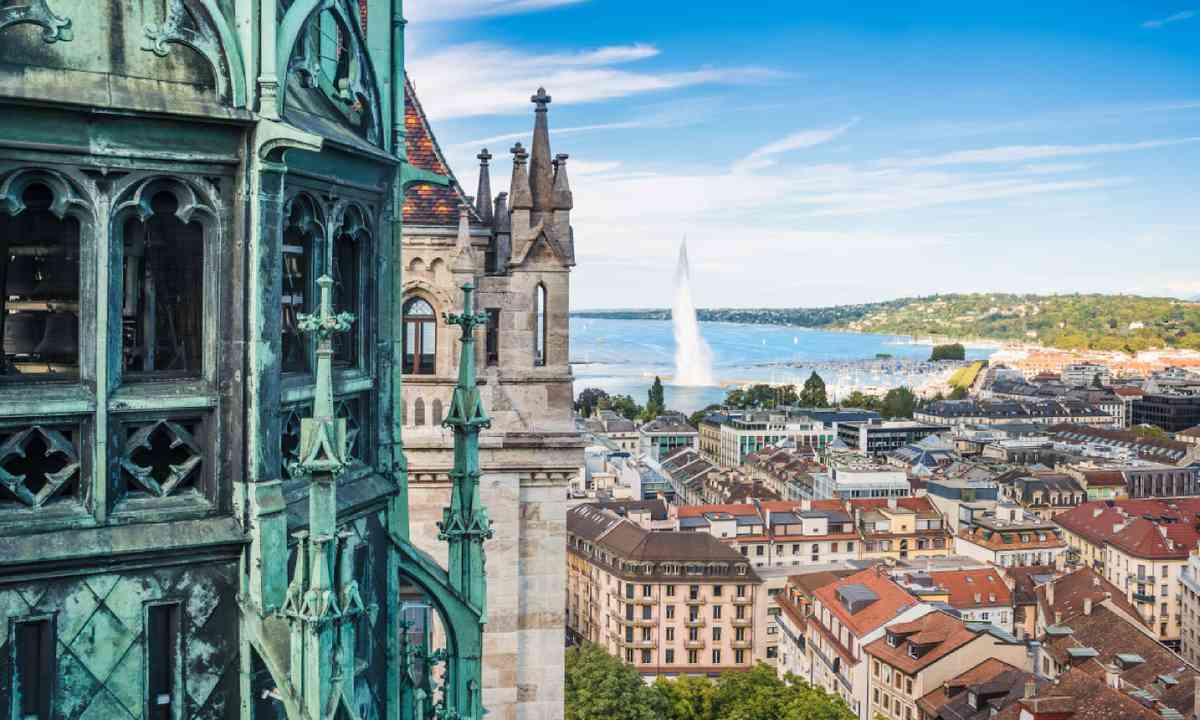 View of Geneva from Cathedral of Saint-Pierre (Shutterstock)

In the 16th century, under the spiritual leadership of John Calvin, the city was an important centre during the Reformation. Protestants from across Europe arrived here in their droves, bringing with them many of the crafts for which Geneva remains famous. Chief among them is watchmaking, and the city has countless boutiques with ogle-worthy window displays of luxury timepieces.

Browse them all, wander the Left Bank, explore the Right and cap it all off with an indulgent fondue. Just don’t rush – it’s very un-Genevan.

When to go: Year-round. The city is charming in autumn and winter, with festivals and fondue to ameliorate the cold. The waterfront and the lake get busier in spring. Summer is best for picnics in the city’s parks and swimming in the lake.

Getting there: EasyJet flies direct to Geneva from most UK airports from £22 each way. Flight time is around 1.5 hours.

Getting around: You can walk to most places in central Geneva. For longer journeys the city’s trolleybuses and trams are excellent. There are ticket machines at every stop.

Where to stay: Hôtel Les Armures is a charming 17th-century five-star spot in the centre of the old town; doubles from 345 CHF (£225). Hotel Edelweiss in Paquis is done out like a chalet, a cosy winter option; doubles from 220 CHF (£146). The two-star Hôtel Bel’Esperance, located at the gates of the old town, is excellent value; doubles from 170 CHF (£113).

Where to eat: See days one and two. Ou Bien Encore (61, Rue Des Bains) has a wide range of vegan and gluten-free options. If you’re serious about your coffee try Birdie Coffee, a few doors down. More info on Geneva 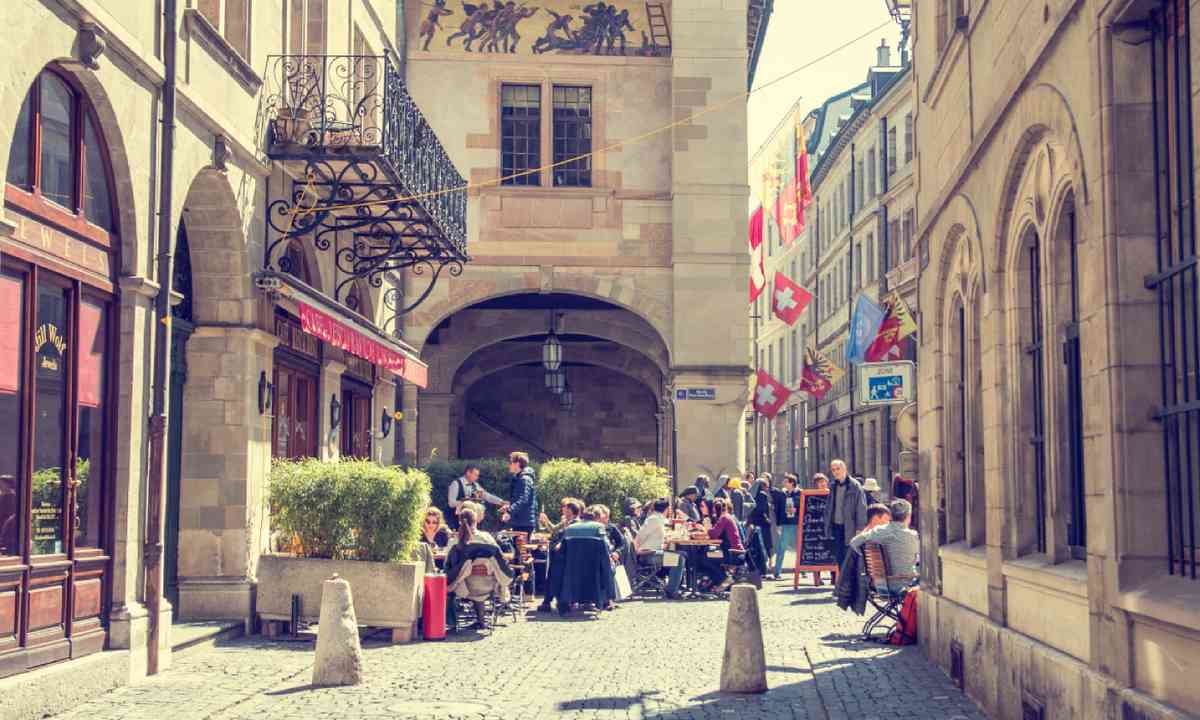 Start in the Old Town at the Place du Bourg-de-Four (once a Roman forum). Rue de l’Hotel-de-Ville takes you past the 15th century Town Hall where the Red Cross was founded. The museum at nearby Maison Tavel (free; Rue du Puits-St-Pierre 6), within Geneva’s oldest residence, provides an overview of the city’s history.

Next stop, Cathédrale Saint- Pierre, where John Calvin once preached. Visit the Chapel of the Maccabees, and pay to climb the towers for good views (5 CHF [£3]). An archaeological site in the basement (8 CHF [£5]) houses an Allobrogian chieftain’s tomb.

At Grand Rue 40 you’ll find the house where philosopher Jean-Jacques Rousseau (statue pictured) was born. Continue down the hill, passing ornately carved doors, to Place de Bel-Air and the waterfront. Window shop for luxury timepieces along Rue du Rhône, then head south for an insight into the history of watchmaking at the Patek Philippe Museum (10 CHF [£6.50]). Then stroll through nearby Parc de Bastions, with its imposing Reformation Wall.

Finish with a tasty steak and chips at Le Relais d’Entrecôte or with drinks at La Buvette de Bateau (Apr-Sept only), a bar on a belle époque steamer moored near the Jet d’Eau.

Time to see the Right Bank. Cross the Rhône via the Pont des Bergues (there’s a statue of Rousseau on the island in the middle). Head for the train station, Gare Cornavin, and catch a bus to the Place des Nations (stop: Nations).

At the end of an avenue of flags is the Palais des Nations, formerly the headquarters of the League of Nations and now home to the UN. The visitors’ entrance is further up Avenue de la Paix. Visits are by tour only (12 CHF [£8]; 1 hour; ID required). Among the highlights are the Art Deco corridors of the old wing and the Council Chamber with its green and gold frescoes. 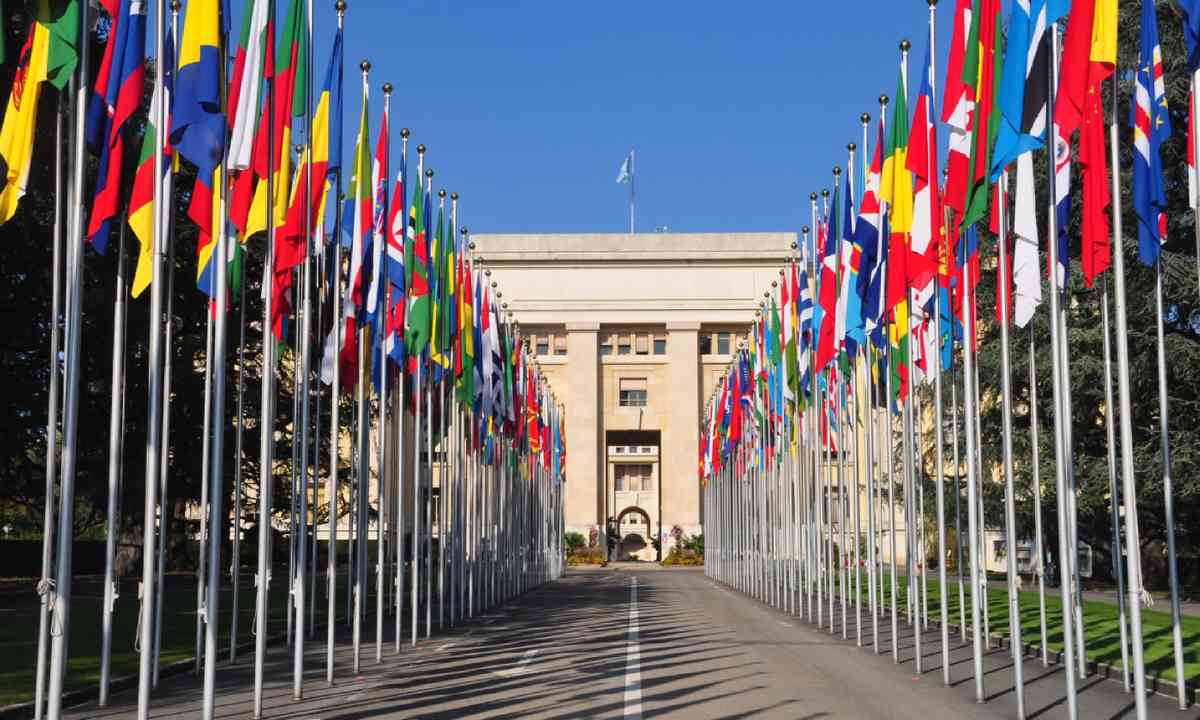 Over the road, the Musée International de la Croix-Rouge et du Croissant-Rouge provides an insight into the activities of Geneva’s most famous NGO.

Walk back into town via the Botanic Gardens and Parc de la Perle du Lac. When it’s clear you can see Mont Blanc from the waterfront. Finish with an invigorating dip in the lake or a sauna at the Bains de Pâquis; the fondue au crémant (made with sparkling wine) at the on-site cafeteria-style Buvette des Bains is legendary.

There’s plenty more to see in central Geneva, including the excellent Museum of Ethnography (free) and the Musée d’art et d’histoire (free).

If you’re in the mood for something more cutting edge, take Tram 18 from Gare Cornavin to CERN (free; bring ID), where exhibitions and guided tours (online reservations essential) unravel the mysteries of the Large Hadron Collider.

From there, take Tram 18 back through central Geneva to the opposite end of the line and spend the afternoon in Carouge, a historic municipality with a Mediterranean feel, built from 1786 by Victor Amadeus III, King of Sardinia and Duke of Savoy. Today it’s a confection of boutiques, artisans workshops and cafés. 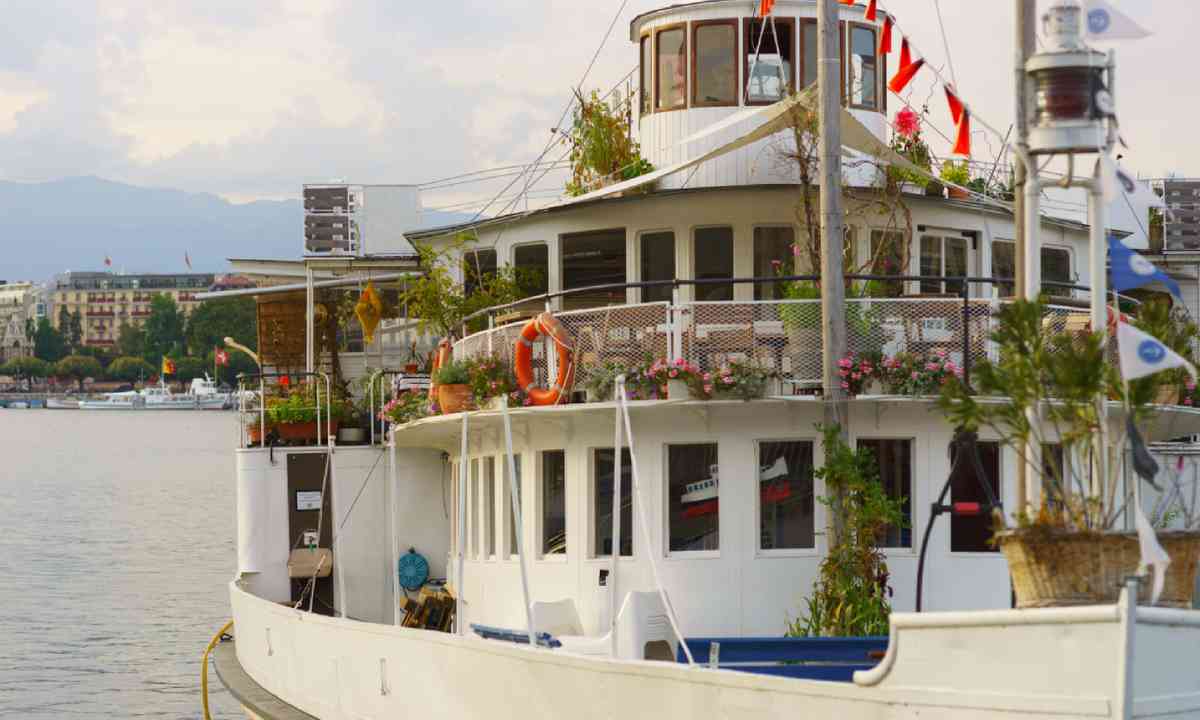 Alternatively, take a trip along the lake. Paddle steamers run from Pâquis and the Jardin Anglais to the picturesque medieval town of Yvoire on the French side until mid-October (48CHF [£32] return; 105 mins).

For mountain scenery, lakeside walks and to visit the nearby Château de Chillon – beloved by Lord Byron – take a train from Gare Cornavin to Montreux (CHF30 [£20]; 1hr). The town hosts a famous jazz festival in July.