There’s never been a better time to enjoy the craic in Boston, the capital of Massachusetts...

Boston is green through and through. The hubbub of Downtown is calmed by leafy Boston Common – the USA’s oldest park, which over the years has hosted British encampments, public hangings, Judy Garland and the Pope. Also, thanks to the urban planning of Frederick Law Olmsted – designer of NYC’s Central Park – the city is threaded by an 11km-long ‘Emerald Necklace’ of open spaces, snaking south-west from that venerable Common, down tree-lined Commonwealth Avenue to the Back Bay Fens, Jamaica Pond and beyond. The colour theme even runs into the city’s sports scene, with the Red Sox’s famed baseball stadium, Fenway Park, painted in the trademarked hue, ‘Fenway Green’.

The city’s population is 20% Irish-American; subsequently, not only does it claim to have more Irish bars than any other city in the States, it holds one of the country’s biggest and liveliest St Patrick’s Day parades. It also has an Irish Heritage Trail, a 5km-long walking route linking 20 key Celtic landmarks in the city, from the Rose Kennedy Greenway out to Fenway Park. 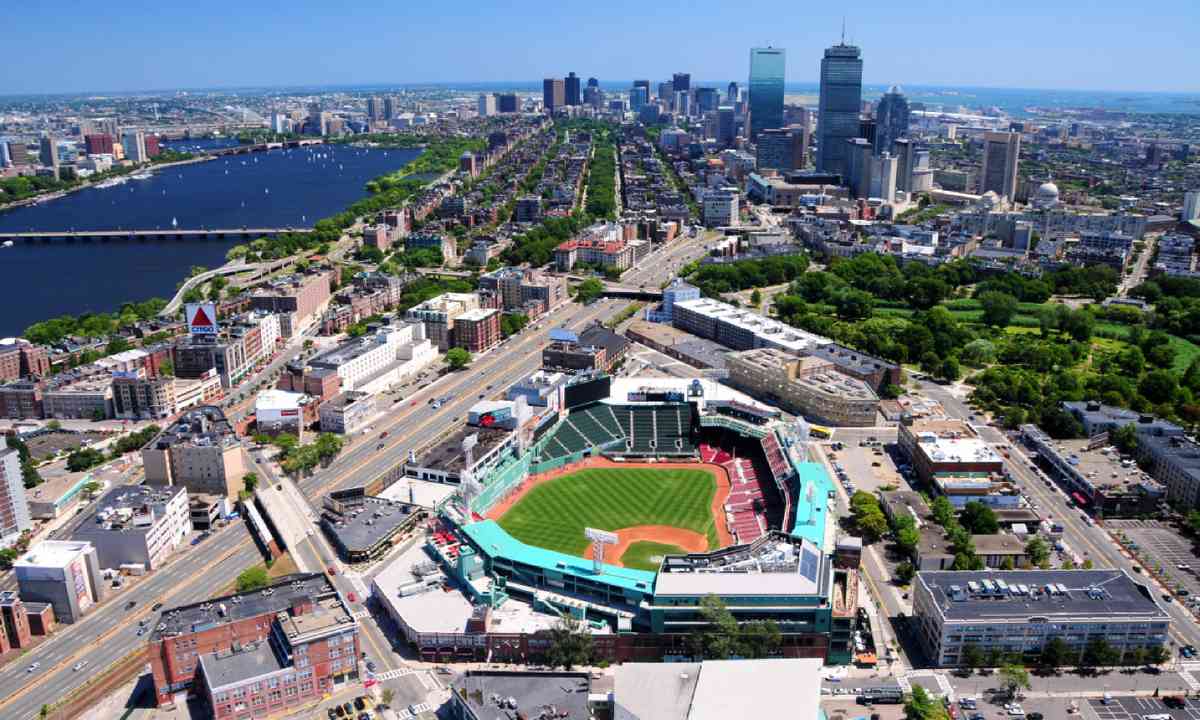 And Boston is definitely good craic. As one of North America’s oldest cities, founded by English Puritans in 1630, it has heaps of history. Indeed, 2015 marks the 250th anniversary of the founding of the Sons of Liberty, the society that included Paul Revere and John Hancock, and which staged the Boston Tea Party protest in 1773, ultimately sparking the Revolution.

Boston also has a large student population (Harvard, MIT and five other highly rated universities are based hereabouts), which means there’s great vibrancy, not to mention lots of bars. The city is the cultural hub of New England, with a world-class orchestra, a historic Theatre District and a thriving live music scene. And the locals are mad about sport – the best way to get their measure is by bagging a ticket to a Red Sox, Celtics (basketball), Bruins (ice hockey) or Patriots (American football) game.

You could easily stay for weeks, exploring the various neighbourhoods: Downtown, home to the Freedom Trail historic route and tasty Chinatown; affluent Beacon Hill; the shopping mecca of Back Bay, which until 150 years ago was untamed swamp; Italian-flavoured North End; trendy, gay-friendly South End; Cambridge, across the Charles River. But chances are you’ll fall for it after only a day.

When to go: Boston can be visited year-round – though March means St Patrick’s Day festivities. Weather is changeable. Summers can be hot and humid. Autumn is busy with passing leaf-peepers.

Getting there: Several airlines fly UK-Boston direct; flight time is around 7 hours. WOW Air has launched £99 (plus tax) one-way flights from Gatwick, via Reykjavík. Returns from the UK on other airlines cost from around £500.

Getting around: Logan Airport is 5km out of the city; the free SL1 bus runs from here to South Station (20-30mins); a train from the centre back to the airport costs $2.50 (£1.60). Boston’s T – the subway, bus, trolley and boat network – makes it easy to explore. Reusable CharlieCards offer the cheapest fares. 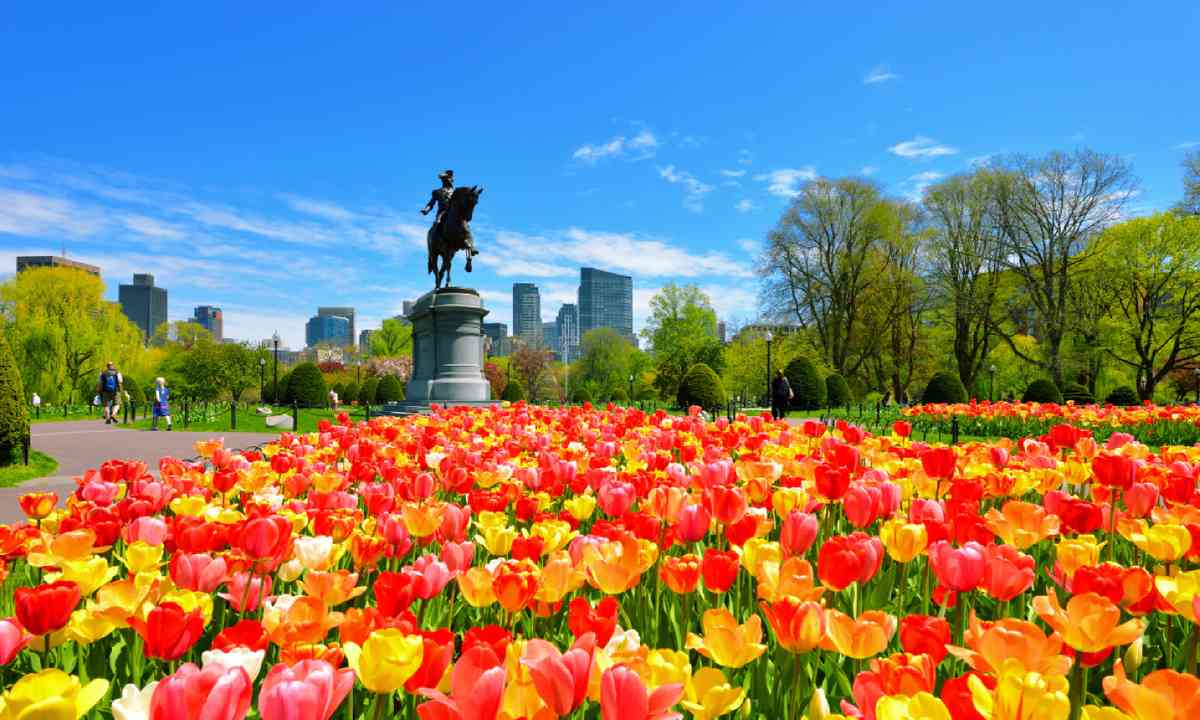 Where to stay: Boston is a pretty pricey place to sleep. Nine Zero is a central boutique hotel, with a daily ‘wine hour’ for guests. The Revere has smart rooms and an outdoor pool deck. Cheaper is the HI Hostel.

Where to eat: So many choices! Get food news at Boston Magazine's website. North End is the place to eat Italian; try Galleria Umberto (289 Hanover St), which won the city’s 2014 Best Pizza crown. Boston has an innovative food truck scene, with vans selling everything from lobster sliders to Vietnamese pork (some all year, most April-October; see Boston's street food app for schedules and locations).

Start by following the Freedom Trail, the best introduction to Boston’s past. This 4km route, marked by a red line, links 16 historic sites. It’s easy to follow alone, or you can take a guided tour; a walk led by a costumed 18th-century character costs $14 (£9).

The Trail leads east and north from Boston Common – the USA’s oldest public park – to The Battle of Bunker Hill Monument & Museum,which commemorates a 1775 fight against the British. En route, you’ll pass the Granary and King’s Chapel Burying Grounds (where revolutionary greats lie), stately Faneuil Hall (the historic meetinghouse and marketplace, still packed with stalls), Paul Revere House (where the patriot lived, and now a fascinating reconstruction of18th-century living) and North End’s Old North Church – where, on 18 April 1775, lanterns were lit on the steeple to warn of the British march on Concord, igniting the American Revolution. Linger in North End for pizza and cannoli before crossing the Charles River to finish at Bunker Hill.

Via Rose Kennedy Greenway, return through a series of parks with water features, public art, food trucks, farmers’ markets, varied blooms and free Wi-Fi. Finish with a cocktail at chic Alibi, a bar in a former jail. 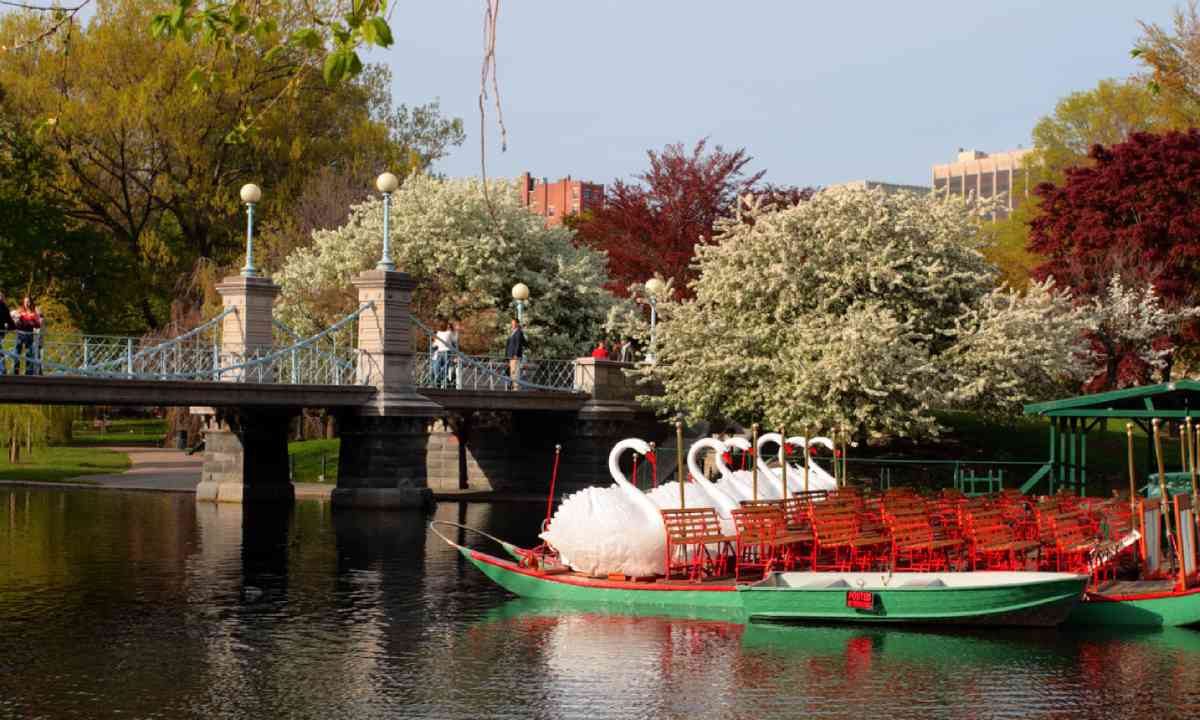 Today, head east from the Common, into the Public Gardens to float in a Swan Boat; these have cruised the lagoon for 130 years.

To the north is Beacon Hill, a handsome cluster of cobbles and brownstones. In the 19th century, this area was home to the city’s free black community; follow the Black Heritage Trail, which ends at the African Meeting House, built in 1806.

The streets south-west of the Public Gardens are lined with lovely houses. Newbury Street is best for shoppers; its stores and cafés get more indie the further down you go.

Turn south at Gloucester Street for The Pru Tower’s 50th-floor Skywalk Observatory. Also on Boylston are the Old South Church, Trinity Church and the finish line of the Boston Marathon.

Next, head to the Isabella Stewart Gardner Museum, a collection of interesting artefacts housed in a 20th-century palace.

Finish at nearby Fenway Park to watch the Red Sox – there are regular games in season.

There’s plenty more to see in the city. The most intelligent choice is to take the Red Line subway to Harvard, over the river in Cambridge, to wander around this hallowed Ivy League institution. You can join a free student-led tour, attend a public lecture, visit the Natural History Museum and the Peabody Museum of Archaeology, and grab a coffee at one of the cafés around the square. 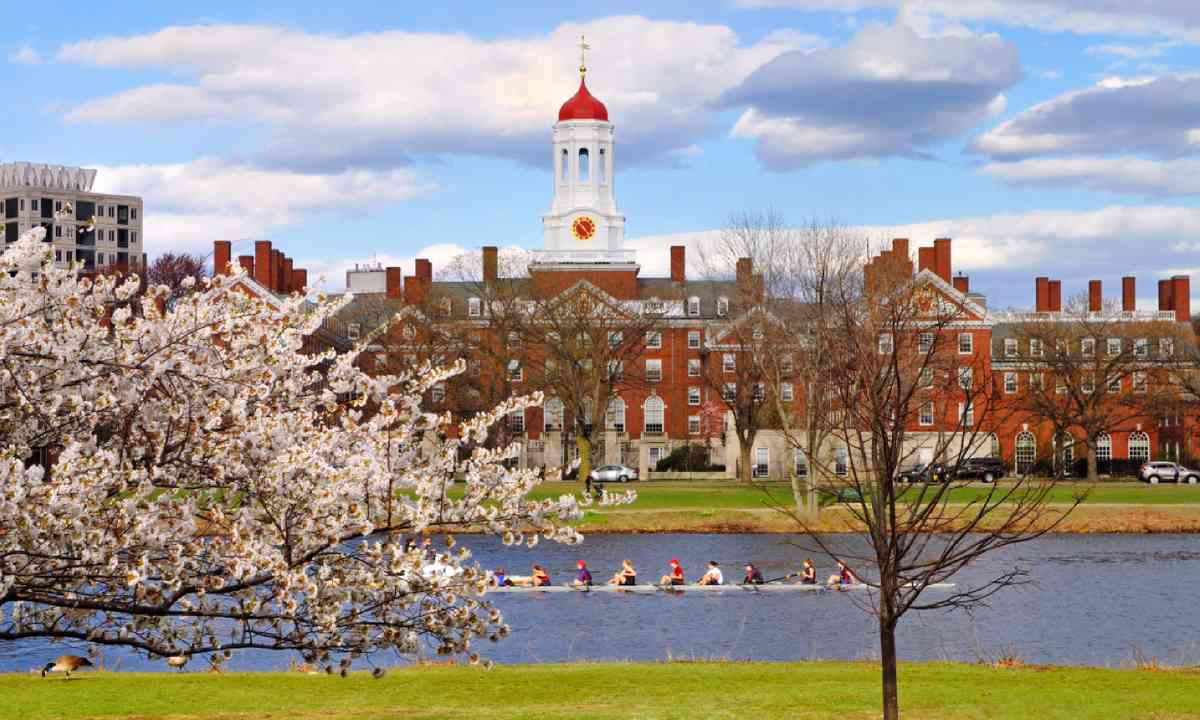 Harvard University in the spring (Shutterstock)

When you cross back over the Charles, consider walking along its south-side Esplanade, from the Boston University Bridge to the Museum of Science http://mos.org, via the Charles River Reservation, passing various parks, boats, joggers and birds. Alternatively, hit the water itself: from May to October, Paddle Boston runs a range of guided kayak tours, including Boston Harbour and Sunset & Skyline trips.

Instead of kayaking, you could indulge instead, joining Bites of Boston’s Sweet and Savory South End Walking Food Tour, to stroll the streets sampling everything from Venezuelan specialities to New England fried clam.