Heading to Glasgow for the Commonwealth Games? Helen Ochyra takes in the art, sport and greenery of this rejuvenated city...

Everyone is talking about Glasgow – and for once this is a good thing. For years the city was down at heel, an ex-industrial wasteland known more for its social problems than for its tourist attractions. But in 2014 Glasgow is the place to be, sitting pretty at the top of every ‘places to visit this year’ list and a non-negotiable fixture in many a travel itinerary thanks to the summer’s Commonwealth Games.

Running from 23 July until 3 August, the Games will bring with them thousands of domestic and international visitors, not to mention the rash of new sports venues, hotels and restaurants already built. The city has been preparing itself to take centre stage for some time. In fact, ever since 1990, when Glasgow was named European City of Culture (now European Capital of Culture), this much-maligned Scottish hub has been on the up.

It happened quietly at first: a regeneration of the inner city, a clean up of the Clyde, a stealthy increase in the number of businesses. Then museums opened, residents returned to the city centre, and the Glasgow’s Miles Better campaign highlighted the famed friendliness of the people. By the time the city was awarded the Commonwealth Games in November 2007 it came as no surprise.

And today, Glasgow is ready. Dynamic, creative and ultra-friendly, this is a city with much to offer. There are museums and galleries with world-leading collections, independent boutiques selling one-off fashions, and jaw-dropping buildings designed by everyone from Charles Rennie Mackintosh to Zaha Hadid.

Walk streets lined with grand Victorian buildings, drink freshly brewed coffee in sweeping squares and romp through rolling parkland just minutes from the city centre. By night, take a table at one of the city’s contemporary restaurants and indulge in Scotland’s larder – fresh oysters, thick steaks, juicy scallops – before taking the city’s pulse with a visit to one of its stellar live music venues.

Then, of course, there are the Commonwealth Games themselves. Over 12 days, 17 different sports will be contested at 14 different venues. From rugby at the Ibrox Stadium to track and field at Hampden Park, gymnastics at the SSE Hydro and cycling at the Sir Chris Hoy Velodrome, the city will be alive with sport, not to mention the cultural programme that runs alongside it.

But Glasgow’s best secret remains just how close it is to the Highlands. For a change of scenery, you can take a 30-minute drive out of the city to Loch Lomond, and get your boots muddy on the West Highland Way or take in the rolling views from Inchcailloch island.

When to go: Year round. The Commonwealth Games run from 23 July to 3 August 2014. Getting there: Virgin trains serves Glasgow Central hourly from London Euston, via stops such as Crewe and Lancaster; returns from Euston cost from £60.

Travelling on a budget from somewhere in the UK? Try National Express for cheap tickets from other major UK cities and towns.

British Airways flies to Glasgow International from Heathrow, Gatwick and City, from £74 return. The Glasgow Shuttle bus links the airport and the city; £8.50 return.

Getting around: Glasgow is a compact city and many of its key attractions are within walking distance of each other. Local buses serve the wider city; a FirstDay ticket offers unlimited journeys for £4. A taxi from the city centre to Finnieston will cost around £5.

Where to eat: Glasgow’s dining scene is booming, with a clutch of outstanding new restaurants having opened recently. Head to Finnieston’s Crabshakk (0141 334 6127) for succulent seafood. Or try Butchershop (0141 339 2999) for perfectly cooked steaks of all cuts and sizes, with views overlooking Kelvingrove. 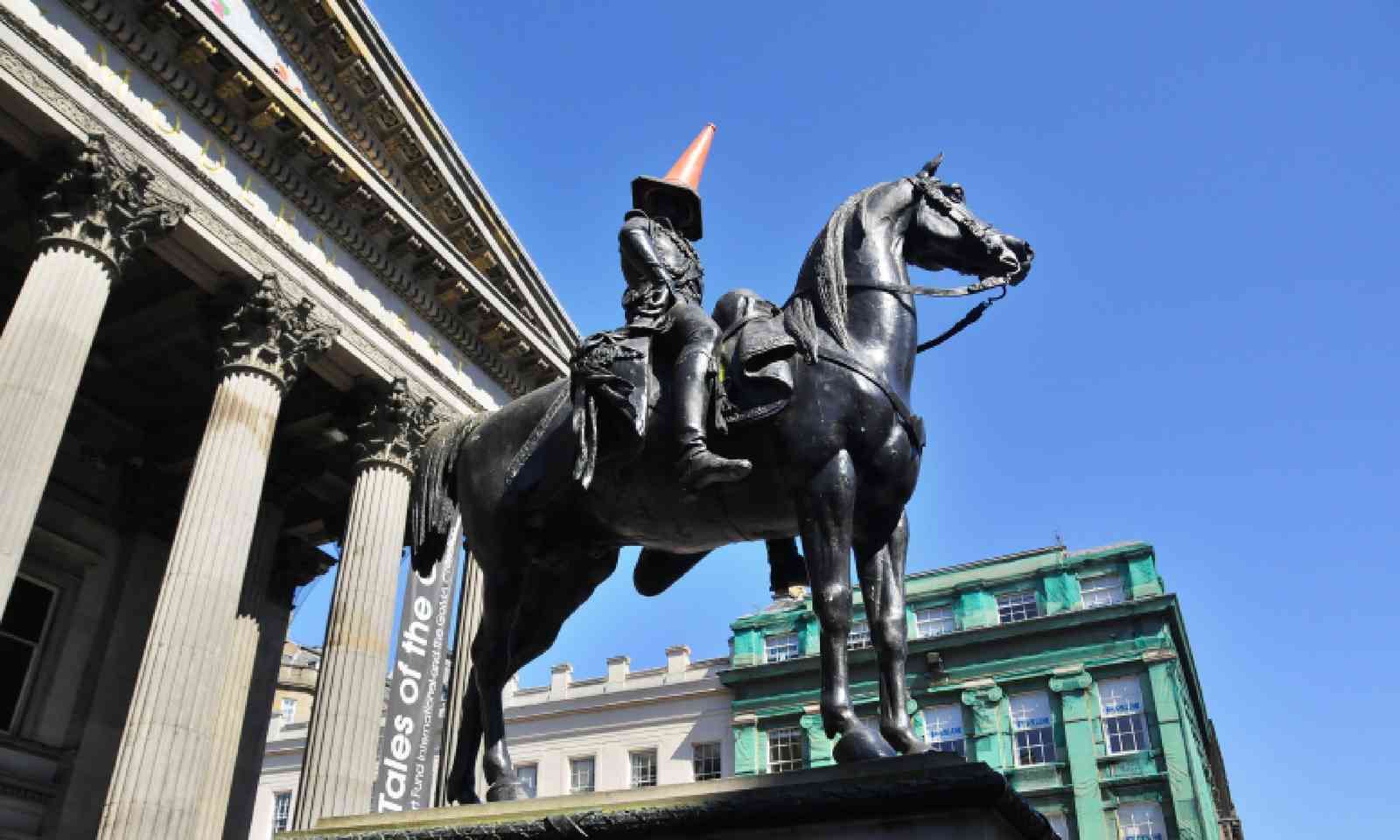 Start by following the footsteps (or rather brushstrokes) of one of Glasgow’s most famous sons, architect and designer Charles Rennie Mackintosh. There is no better way to admire his art nouveau work than by taking a tour of the Glasgow School of Art on Renfrew Street; three tours daily; £9.75.

Admire what is arguably the world’s first Modernist building (completed 1899), before taking the short walk to the Willow Tea Rooms. This traditional Scottish tearoom was designed by Mackintosh in 1904; he chose everything from the windows to the waitresses’ outfits. Drink in his elegant style along with a loose-leaf tea.

Next, stroll east to Merchant City, where the elegant sandstone buildings nod to the city’s successful industrial past. This area was once home to tobacco lords and cotton kings; today it is the haunt of Glasgow’s new wave of exporters – the designers, artists and musicians who work in Glasgow’s creative industries.

Explore the art galleries and boutiques around George Square before ducking into the Gallery of Modern Art (or GoMA) on Royal Exchange Square. Housed in a neoclassical building this free museum features works by Hockney, Warhol and Scottish artists John Bellany and Ken Currie.

Just outside, check to see if the Duke of Wellington statue has its usual traffic cone hat, an unofficial addition that is said to represent the city’s light-hearted attitude to authority. End your first day with a wee dram or two in one of Merchant City’s many excellent bars. 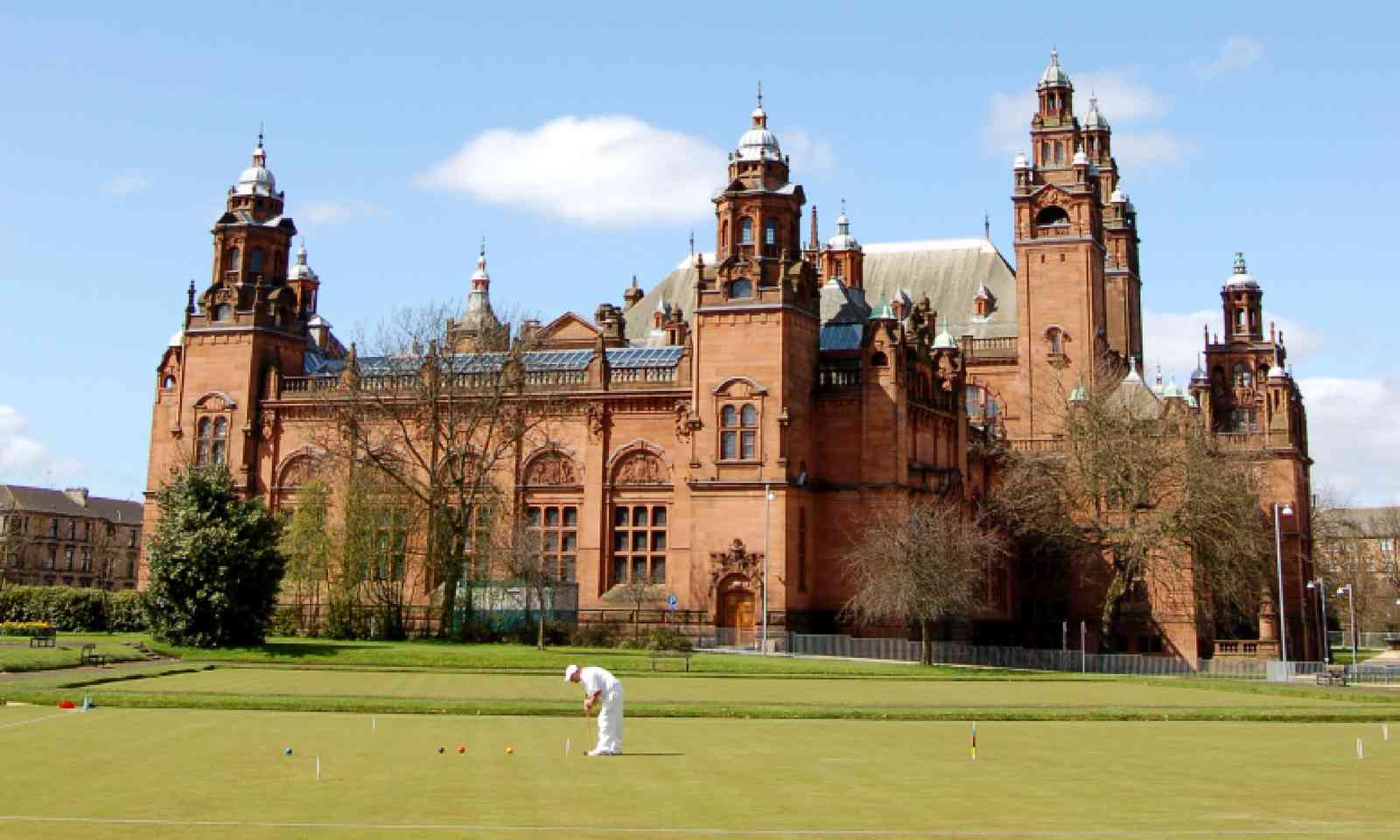 Blow the cobwebs away this morning with a walk in Kelvingrove Park, an 85-acre green space straddling the River Kelvin in the city’s West End. This side of the city has emerged as the go-to destination for everything from art and culture to food and fashion, so plan to spend the day in this area.

Allow at least two hours to explore the Kelvingrove Art Gallery and Museum (free). There’s more Mackintosh here: the Mackintosh and the Glasgow Style gallery is dedicated to his graphic and decorative work. There’s an astonishingly wide selection of other exhibits (more than 8,000), ranging from Salvador Dali’s Christ of St John of the Cross to the RL Scott bequest, once one of the finest private collections of European arms and armour in the world.

From here walk south into up-and-coming Finnieston. This was once the destination of choice for dockworkers seeking unsavoury entertainments but today has been revitalised by the brand new SSE Hydro arena and an influx of designers and foodies attracted by the low rents and the community feel.
Spend your time strolling along The Strip, poking your head into boutiques and bars and selecting whatever takes your fancy, whether that be cocktails in a windowside booth at Kelvingrove Café or a fish-and-chip supper at Old Salty’s. Quality here is high – and there’s not a deep-fried Mars bar in sight. 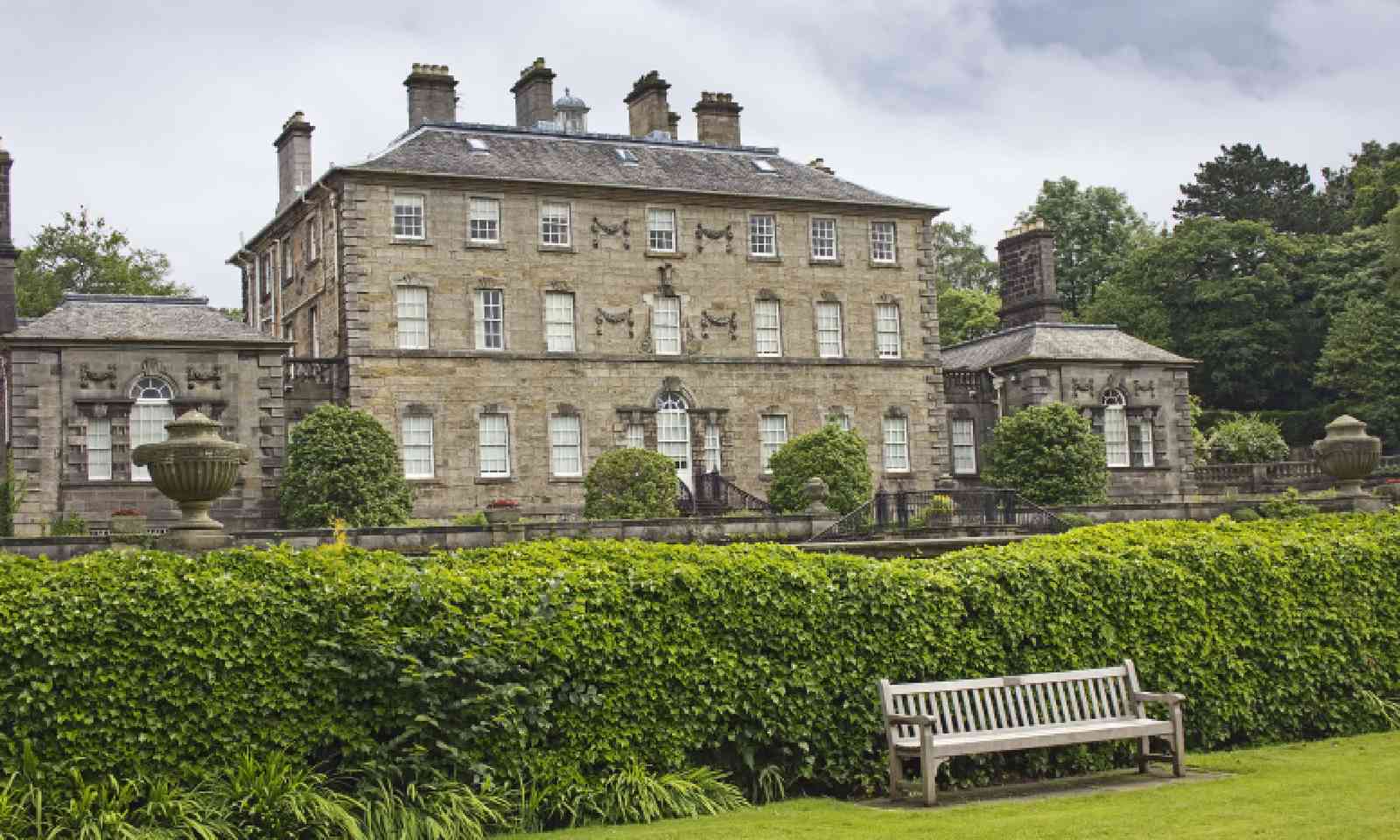 Although Glasgow is Scotland’s largest urban area, it is also home to more than 90 parks and gardens. In fact, the city is said to have more green spaces per capita than any other in Europe. Get out and explore some of these today, starting at Pollok Park, 5km south of the city centre.

At 360 acres, this park is the city’s biggest, so opt for a horse and cart ride to take in its vast scale. Stop off at the Category B-listed walled garden to see plants relocated from the Himalaya, and don’t miss a visit to the fold of Highland cattle – the most accessible herd in Scotland.

Slightly further afield (a 30-minute drive) is Loch Lomond, the largest inland stretch of water in Britain. You could spend several days exploring it, but one day is enough for the highlights. One of these is Inchcailloch, the largest island in the Loch Lomond National Nature Reserve and reached by waterbus service from the small village of Balmaha, on the loch’s eastern shore.

This is a lovely place for a walk: the West Highland Way runs through here and from the village you can make the challenging climb up Conic Hill, with the path up and over its summit (part of the Highland Boundary Fault) offering views south over the rolling Lowlands and north into the Highlands. Recuperate with hearty traditional meal and a pint of local ale at Balmaha’s Oak Tree Inn.