Sheila Hancock: "I can be an activist and say what I feel"

We caught up with the veteran actress to talk about her lead role in the film Edie, her time walking in Scotland's most majestic landscapes, and the joy that can be found with a good pair of walking boots

Suilven is one of Scotland’s most distinctive mountains, looming 700 metres over Inverpolly National Nature Reserve in Sutherland. Trekking this wilderness and then scaling the mountain is one of Scotland’s great, secret travel challenges. Requiring a hard day of hiking and scrambling, it’s not for the faint of heart and weak of boot either.

Sheila Hancock is made of sterner stuff than that, though the actress didn’t necessarily know it when she first took on the titular role of Edie in her latest film. Then 83 years’ old, Hancock plays the 85-year-old widow who undertakes the experience to thumb her nose at a hard, bitter life, a part that saw the octogenarian actress forced to get to grips with that rugged terrain and make that wild ascent, making her the eldest person to reach the top.

Two years after she made her climb, we caught up with Sheila to talk about Edie, Scotland, training and the joy of a good pair of walking boots.

Why is it important to seek new challenges as you get older?

Not just after you retire – always! I’m not a fan of contentment. Edie is a story of a woman who had no life; she had a wonderful childhood with a father she adored but then she’s been living with a controlling man and then been a carer for him, 24-hours a day. Once she’s freed from all that she says, ‘I’m not going to collapse in exhaustion. I’m not going to give up. I have more purpose.’ She actually girds her loins and decides to do something positive. And I think that’s wonderful.

I’ve done some showings with Q&As and everyone seems so inspired, of all ages, to do something. Those things you say – I’m going to write that book, or go on a journey or tell someone that I love them. I think you should take that message all the way through life. 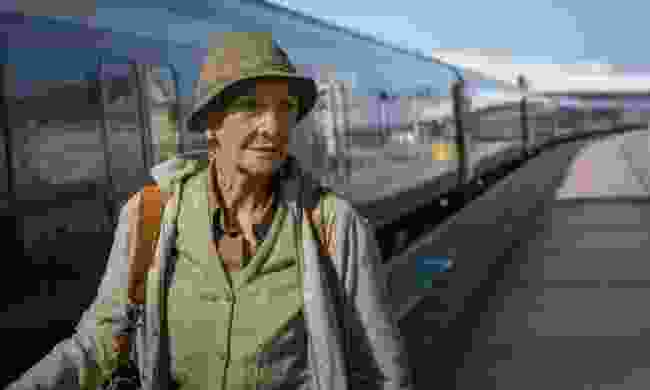 “Those things you say – I’m going to write that book, or go on a journey or tell someone that I love them. I think you should take that message all the way through life.”

Scotland looks spectacular in the film. Did you enjoy your time there?

I’m so lucky as I’ve done three movies in Scotland in the last couple of years. The place just blows my mind. I love Scotland and I love the Scottish people. I was there during their referendum and it was taken so seriously compared with the Brexit discussions. Every town was having meetings and talking seriously, and the youngsters were very engaged.

I’ve always loved it though. When I was younger and I toured all the time, as you did in those days, we loved going to Edinburgh or Glasgow. The RSC used to go once a year to Aberdeen and the audiences were so fantastic.

But landscape wise it’s extraordinary. I did a little road movie a few years ago, and went around Scotland in a funny little camper can and we went to the Ring of Brodgar and the Isles.

Did you get to enjoy the landscapes when you’re working?

Unfortunately, I only ever do independent movies and it’s 16-hours-a-day work, 6-days-a-week, so you haven't got that much time to sit back and enjoy it, but with Edie there were little moments where I could wonder off and sit on a ledge and just take it all in. And it’s my sort of landscape. I’m not a great one for pretty places, like the Cotswolds. I love Yorkshire and the Moors and rocky places. Sutherland is wilderness really, when you’re up the mountains there are no signs of life, you can’t see roads, you can’t see a house, you can’t see anything for miles.

“I found myself beginning to trust the landscape. I was taking risks in a way that I wasn’t in the beginning.”

With climbing you are very in touch with the rock. You are dependent on it not giving way. You put your foot on something and you have to be friendly – that rock has to be on your side or otherwise you’ll die. I found that very moving and I found myself beginning to trust the landscape. I was taking risks in a way that I wasn’t in the beginning. By the end, I felt that the landscape was on my side – and I felt part of it. There’s nothing more wonderful than lying on a rock and looking at the sky. 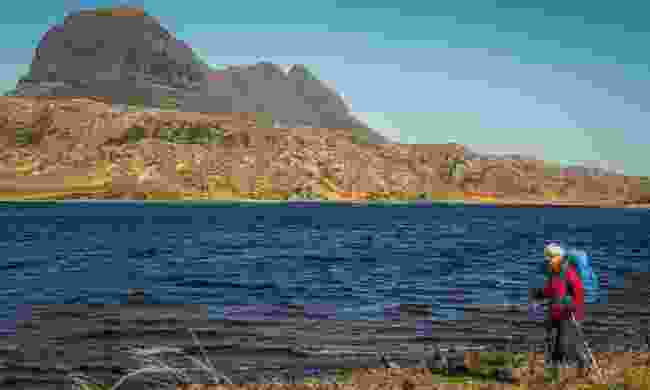 How did you prepare for your big expedition?

Well, I did three months in the gym because I had to develop muscles that had begun to wane. When you get to 80 then things like coming up from a crouch are quite difficult, and it’s an essential part of scrambling and also to be able to hang on and pull yourself up, so you’ve got to have good biceps – and I didn’t have any, quite honestly. In three months I developed muscles through the use of weights and pressure machines.

I also did a lot of Nordic walking over marsh. There was an ex-RAF guy who put me in training in Richmond Park. People know the lovely bits of Richmond Park but there are some really difficult marshy bits. [During the actual trek] that was some of the most difficult landscape to deal with actually. The walk before you get to the mountains is really tough because you put your foot down into about two feet of mud and trying to pull your foot out of that is hard.

[And because you’re acting too] you have to do everything several times. You have a difficult bit to climb and think, ‘oh good, I'm glad I achieved that,’ but then you have to do it again for close ups. My Gilly [attendant guide] was really upset as he thought I should be roped for a lot of the time and some of it was sheer drop, but you couldn’t because you’d have seen it in the long shots.

Do you do a lot of walking in everyday life?

I walk everywhere that I can, to keep fit really. I will not take my car the two miles to Chiswick, for example. I love walking in the city, particularly because I’m always coming across things that I haven’t noticed were there and I’m curious about people, and as an actor I have to look at people.

There’s a scene in the movie where Edie is confronted with a zillion options when buying walking boots that many of our readers will be familiar with. Did anything similar happen with you?

With the first lot of boots I came across, I could hardly lift my legs they were so heavy. And the bloke was saying, ‘you need it.’ and then, thank god, someone else in the shop came and said they’ve got these new things in and they were nowhere near as heavy but just as sturdy. They’re light but they support your ankle and in-step. I use mine all the time now – I go up Chiswick High Road. 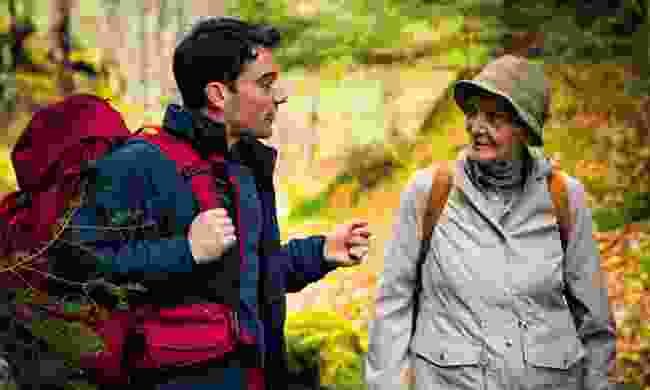 “I went back to the places of my life that meant something to me. Places like Germany, which I’ve never been to since the war... that was an amazing experience, going there with all my old prejudices and finding Berlin to be the most exciting city.”

You’ve been extremely well travelled in your career. What’s been your favourite travel experience?

[Filming Edie] was the greatest experience of my life, without a doubt. Scotland generally has given me some amazing experiences. I remember being very moved by the Ring of Brodgar. I loved the idea of man and history, and you get it par excellence in Scotland.

I’ve now got to the stage where I don’t want to travel that much abroad. I can’t cope with the airports, the drudgery and the being searched. I’ve kind of done that. I’ve never been a great traveller to be honest. I wrote a book – Just Me – that is about travelling on my own; rather like Edie, I wanted to prove that I could be on my own after my husband [the actor, John Thaw] died. And so I went back to the places of my life that meant something to me. Places like Germany, which I’ve never been to since the war and of course my attitude was immediately changed by being there. That was an amazing experience, going there with all my old prejudices and finding Berlin to be the most exciting city and the people from East Berlin had such a story to tell.

I’m bad at travelling because I always see the poverty, I’m afraid. My husband was the same. I filmed in India a few years ago and there was a little girl who kept tagging along to the film unit, and it just broke my heart. I just couldn’t see beyond that. I just thought, ‘why?’ the abject poverty. I just end up being angry at the injustice at the unfairness.

I feel on better ground in my own country. I can do something about it. I can be an activist and say what I feel.