It's a wonder that Atlantic Canada, with its glorious coastline and open roads, isn't over-run with campervans and hire cars... Take your pick from these fab undervisited routes

6 mins
A self-drive holiday is the best way to explore the provinces of New Brunswick, Newfoundland and Labrador, Nova Scotia and Prince Edward Island – where the roads are often deserted, and the scenery is always jaw-dropping. But which route to pick?

Fundy coastal drive (390km)
This route weaves along the Bay of Fundy coastline, home to the highest tides in the world, and stretches from Aulac to St Stephen. As you pass through the cities of Saint John and Moncton, and  the coastal town St Andrews by the Sea, look out for whales breaching off the coast, discover fossil-filled mudflats, and visit the Hopewell Rocks.

Head off-road for a couple of days to do some island-hopping and whale watching around the Fundy Isles: Grand Manan, Campobello and Deer Islands.


Acadian coastal drive (440km)
Running north to south along the eastern coast of New Brunswick from Dalhousie to Aulac, this drive passes sandy beaches, fishing villages and coastal towns. The Acadian Coastal route area is known for its glorious beaches (home to some of Canada's warmest spots to swim). 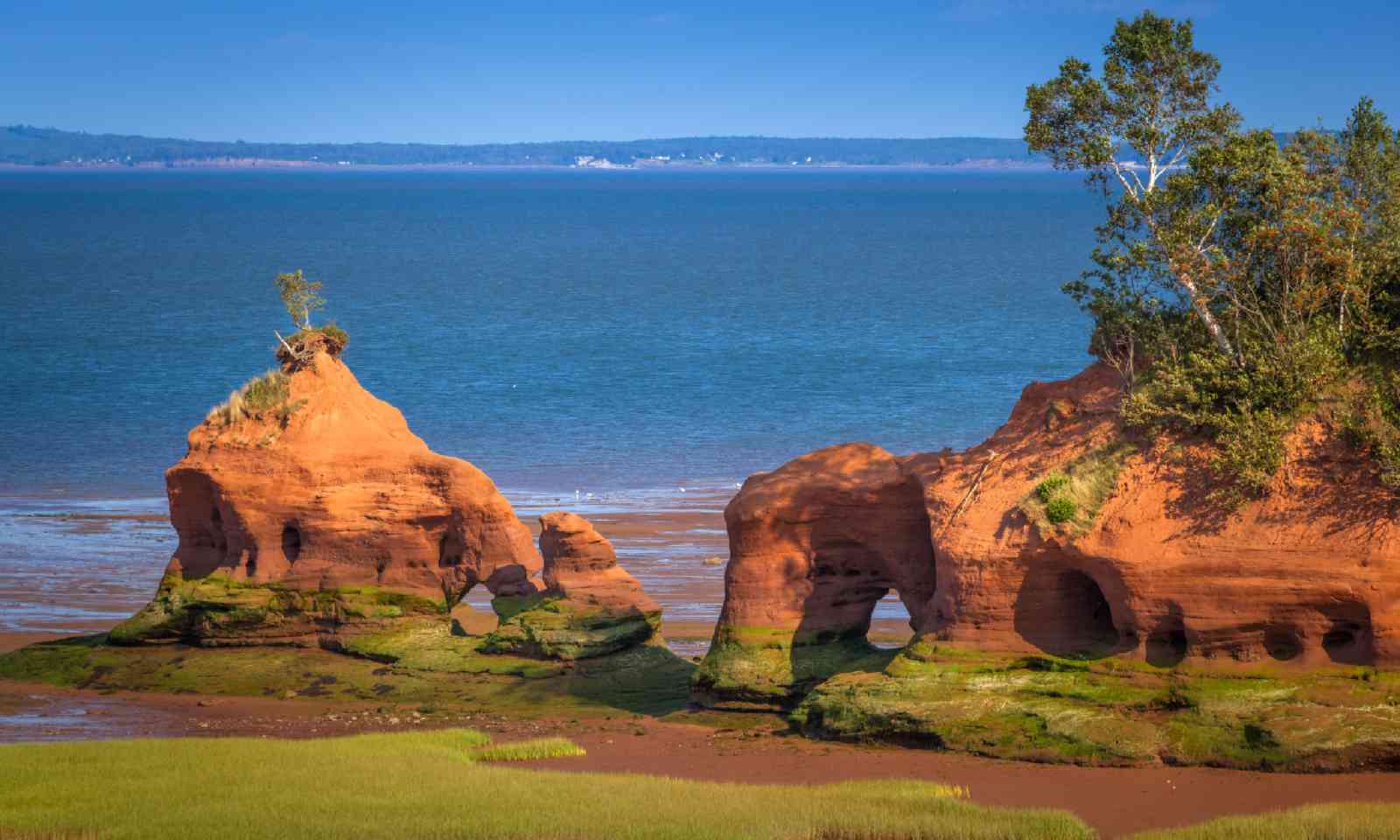 The Irish loop (312km)
The Irish loop starts at St. John's and heads south into the heart of Irish Newfoundland (where whales, seabirds and caribou can been seen) before circling back to the capital.

The area is named after the Irish immigrants who first inhabited this part of Newfoundland, and highlights include Aquaforte, where the harbour resembles a Norwegian fjord and Witless Bay Ecological Reserve, which hosts millions of seabirds every summer. Look out for icebergs which drift down from the Arctic in the summer; take driving breaks at the beach and hunt for 'bergies', mini chunks of iceberg.

This route can be completed in four days, and you'll also encounter beautiful beaches, glacier-carved fjords and mountainscapes along the way. 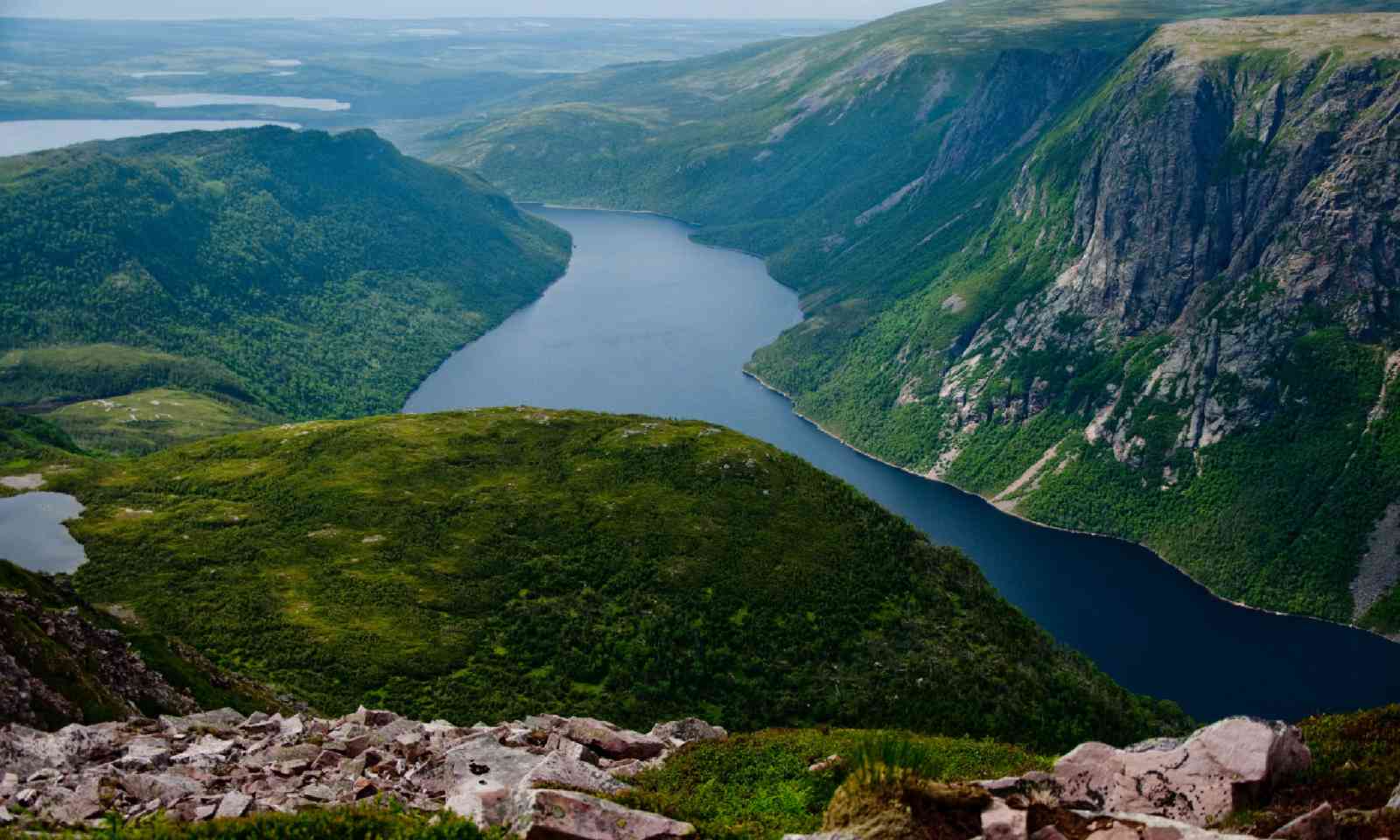 The route also passes along the Bay of Fundy, home to the world's highest tides, which is an ideal spot for whale watching. Visitors can also try North America's first single malt whisky at Glenora Inn & Distillery. Other highlights along the route include Northumberland Shore and Cape Breton.


Cabot trail (300km)
The 185-mile Cabot Trail on the Island of Cape Breton, northeast of Nova Scotia, passes through small fishing villages and dense forest, and along shores lapped by the Gulf of St. Lawrence and the Atlantic Ocean. You'll also want to stop off in Cape Breton Highlands National Park, home of moose, black bear and bald eagles.

The town of Baddeck, on Bras d'Or Lake, is a good starting point for the drive. From here, you can complete the Cabot Trail loop in either direction. Dine on fresh seafood plucked straight from the Atlantic, overnight in a traditional inn and hike some of the national park's 25 hiking trails along the way (the Skyline Trail, a 15-minute drive from the park entrance, is a local favourite). 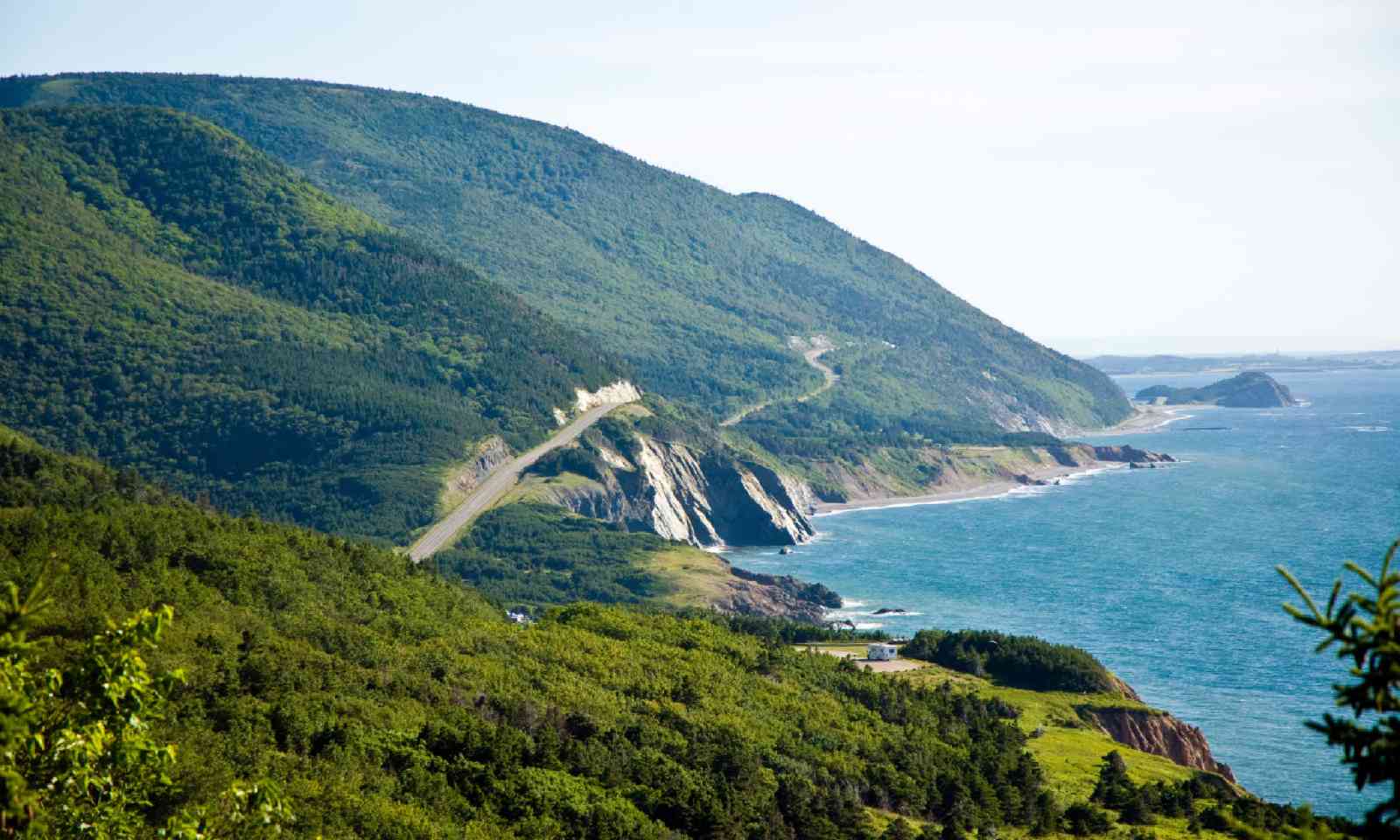 The route also passes through the quaint town of Victoria-by-the-Sea which has changed very little since the 1950s; plan an overnight here, or in the more vibrant capital of Charlottetown.


Points east coastal drive (411km)
This route passes through parks and trails, as well as six lighthouses which are open to the public during the summer. Don't miss the beautiful Greenwich Dunes, where the sand meets PEI's lush greenery, and the floating boardwalk which immerses you in the wilderness.

Got your bike in tow? Try the Confederation Trail through Morell and St Peters – it spans 470km, but can be tackled in mini chunks too.