5 of the UK’s mind-blowing remote beaches to explore

The UK has fantastic beaches to rival any country on Earth. Remote Britain project’s Chris Orange picks 5 absolute beauties worth going the extra distance for. You could bag one all to yourself…. 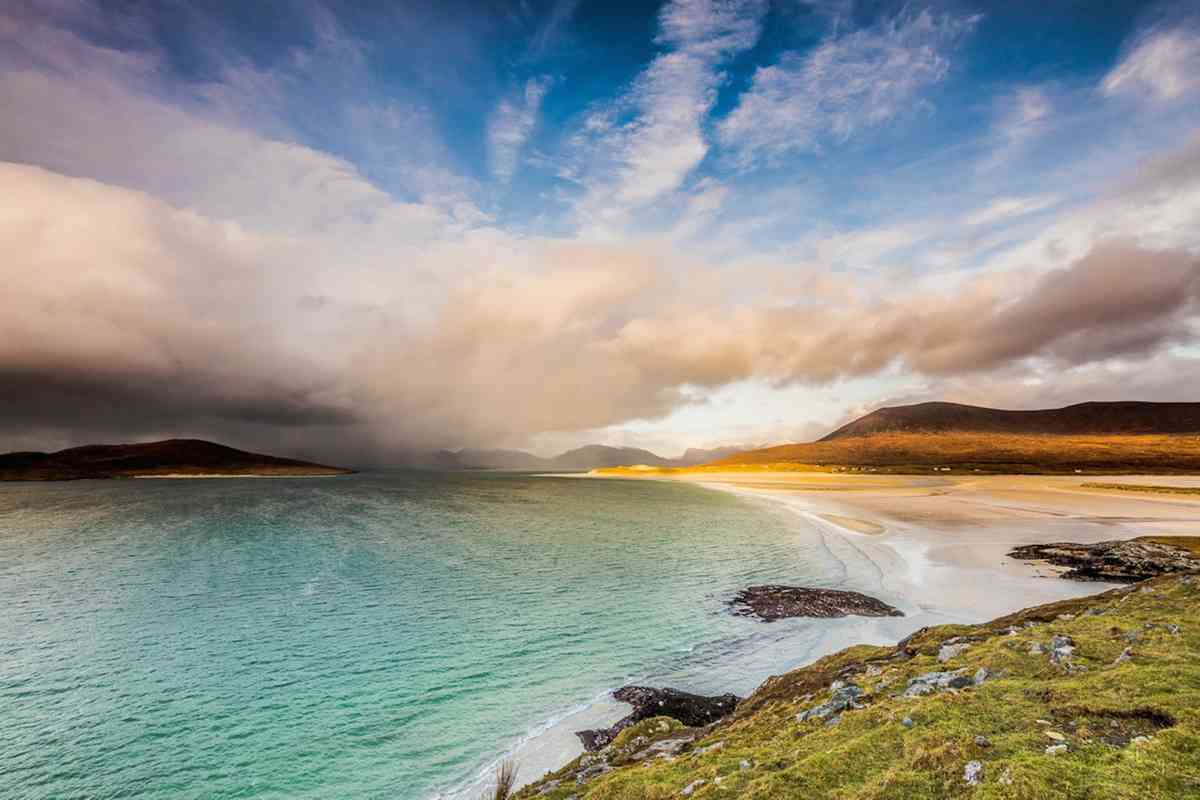 Seilebost is a magical beach in the Outer Hebrides of Scotland. Located at the south of the Isle of Harris, it’s surrounded by dramatic scenery, including incredible mountain views.

On a sunny day, it can feel like being on a tropical island, and you’ll probably have the place to yourself too, but any visitor to the Outer Hebrides knows to expect the weather to be changeable. I found this to add to the charm of being there, though, making a walk along the beach a fantastic experience, as I watched the weather systems travel up the coast.

There is a fantastic walk that I really like near here. It starts from Borve, another beach that's a little further down the coast, and climbs the hill behind the sands and leads you to one of the island’s many standing stones, which affords magnificent views of the mountains. 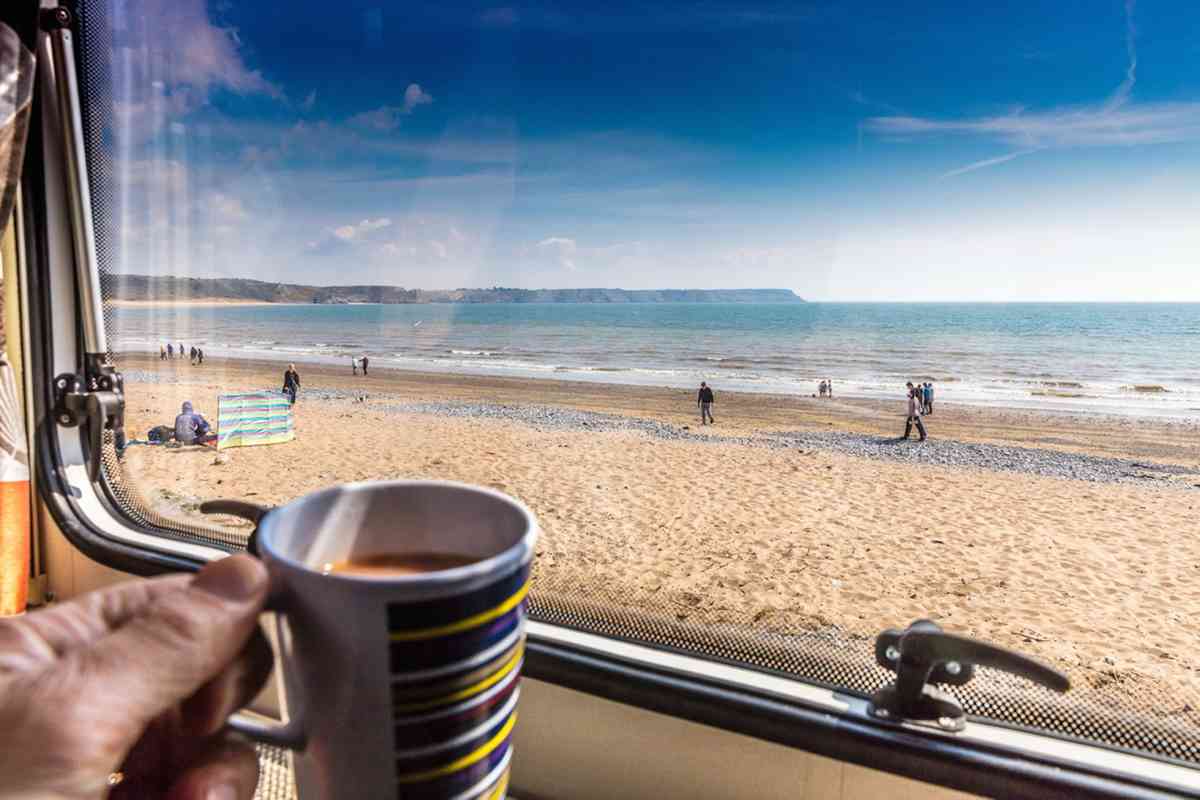 Thousands of people travel to Wales’ Gower Peninsula each summer to enjoy the famous, award-winning beach at Rhosilli, but I would recommend a beach that is far less known, just six miles along the coast, called Oxwich Bay.

I found it to be a fantastic family-friendly beach with beautiful golden sand, a nature reserve, cafe and plenty of parking. My kids played here for hours.

This beach was particularly special at sunrise as the sun rose over the bay and drenched it with a fabulous golden light. It’s really worth getting up early to enjoy the sunrise here, as the beach was completely empty, apart from the birds from the nature reserve who were out fishing for their breakfast. 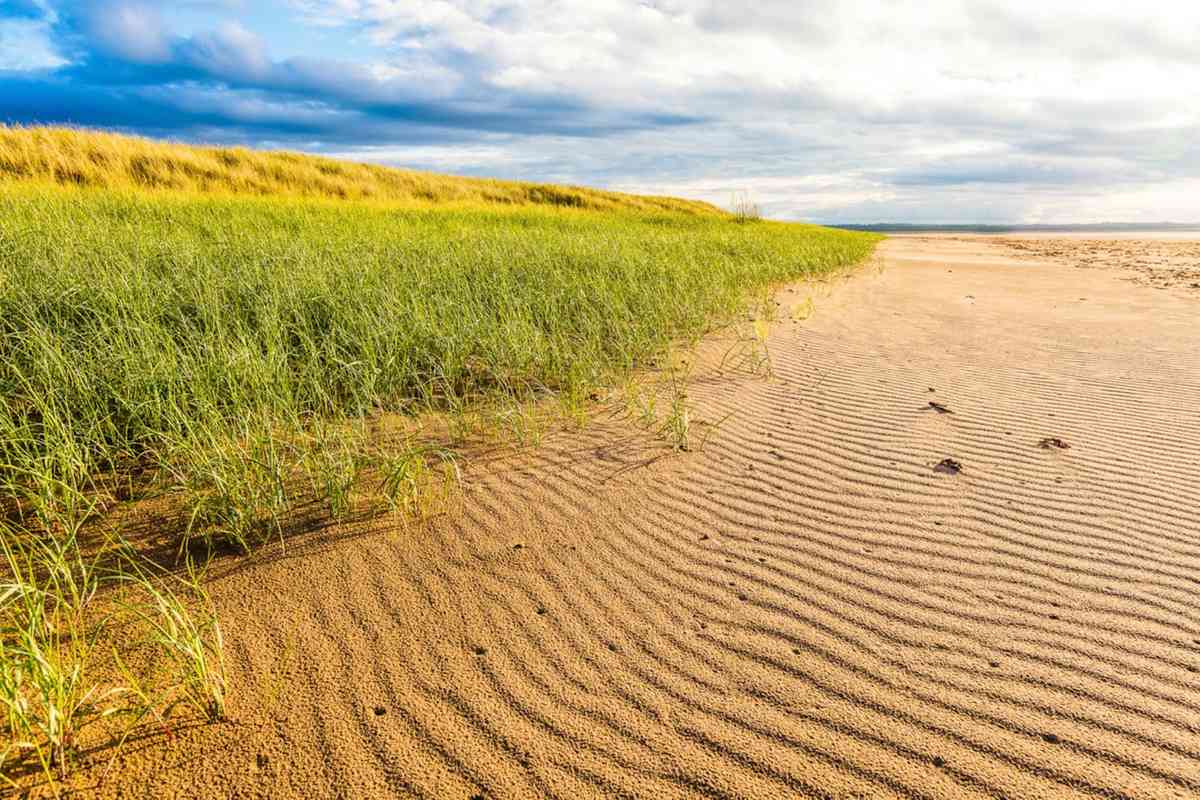 One of my favourite beaches in Britain is in Northumberland, on an island called Lindisfarne. If you walk past the castle and through the nature reserve to the far end of the island, you will find a white pyramid at Emmanuel Point; the path from here will lead you down to a real gem called Coves Haven.

This is a golden sandy beach where you can listen to the seals singing on the rocks when the tide is out. It’s an eerie but amazing experience to listen to them.

Just along from this cove is the north shore of Lindisfarne, and this beach stretches for what seems like miles. Whenever I’ve visited here with my family, we have enjoyed it as if it was our very own private beach. If the weather is on your side, there’s nowhere else like it in Britain. If the weather isn’t favourable, you’ll most likely be treated to many rainbows. I’ve seen rainbows at almost every visit to this beach. 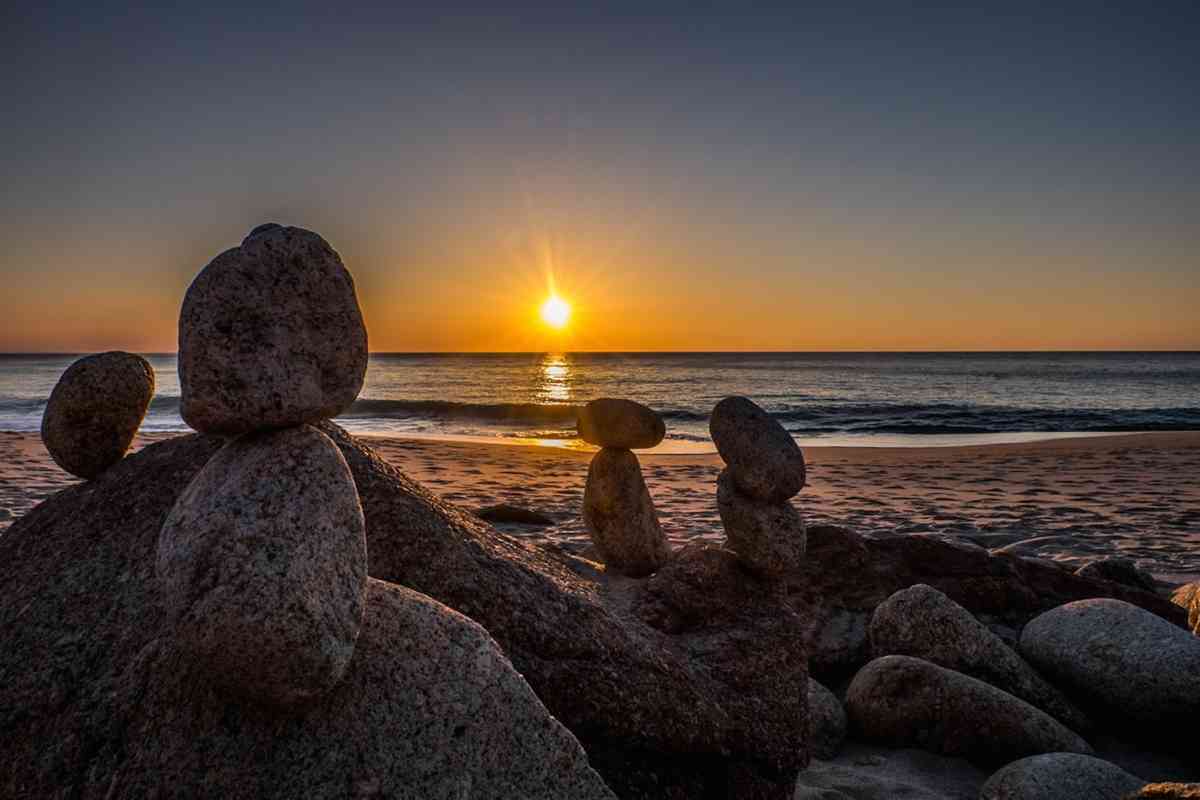 Cornwall is famous for surfing and great beaches, and any list that included my favourite remote beaches in Britain would have to include one from this beautiful county. My favourite is a golden sandy beach called Sennen Cove. It’s the last beach before Lands End.

In July, you may be lucky enough to get a sighting of one the basking sharks, as they feed in the crystal clear waters.

Sunsets here are beautiful, as the sun sets directly on the horizon over the sea, leaving a deep glow in the sky, which makes an evening stroll along the beach a wonderful experience. 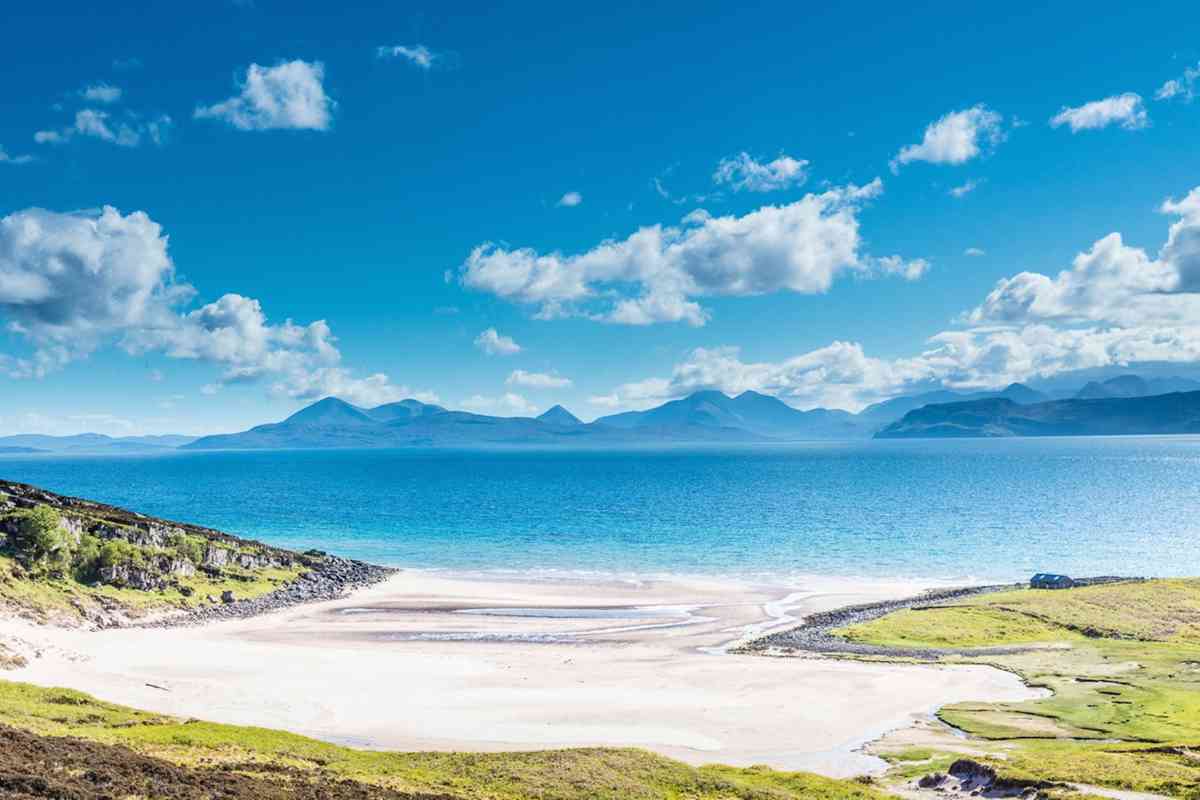 On the west coast of Scotland, a few miles past a place called Applecross, there is a beach that suddenly appears before you as you look down from the clifftop road. It’s called Sands.

From here, you can enjoy incredible, unbroken views of the Isle of Skye across the water. On a clear day, this view will leave you mesmerised.

It’s not a huge beach, but big enough for a stroll, and I noticed many motorhomes parking up here, stopping for a cup of tea with a truly magnificent view. If you’re planning on a motorhome trip to Scotland, this is well worth a visit.

Chris is also an ambassador for Rohan travel and outdoor clothing. See www.rohan.co.uk  for more details.

Visit www.wanderlust.co.uk/magazine/hot-offers/offer/67 for a 'Hot Offer' to get 10% off Rohan clothing.