‘Made in Taiwan’ is a phrase your hear a lot when it comes to electronics and cheap T-shirts, but seldom in relation to food. Which is a pity. The East China Sea island has plenty of interesting eats to offer – especially when it comes to street food. The capital, Taipei, has a warren of back alleys chock-full of stalls selling an array of snacks – from savoury pastries to stinky tofu, from oyster omelettes to ‘iron eggs’, from beef noodles to gua bao – Taiwan’s answer to a burger.

Indeed, Taiwan has an adventurous appetite – influences from around the globe can be found in its diverse cuisine; stepping inside one of its aromatic markets can transport you all over Asia. And one of the most enticing options are the pan-fried dumplings, known as guotie or potstickers.

These crimped dough parcels are traditionally filled with pork and cabbage, although prawn, beef and vegetable variations are also available. They are fried on the bottom and steamed on top, to create a tasty texture contrast.

The shape of guotie has made them a popular choice for special occasions: they resemble the form of the gold ingots once used during the Ming Dynasty, and so have become edible metaphors for good fortune and prosperity. As Cathy Erway, author of The Food of Taiwan: Recipes from the Beautiful Island, says: “Lucky you who eats many of these crispy, golden dumplings.” 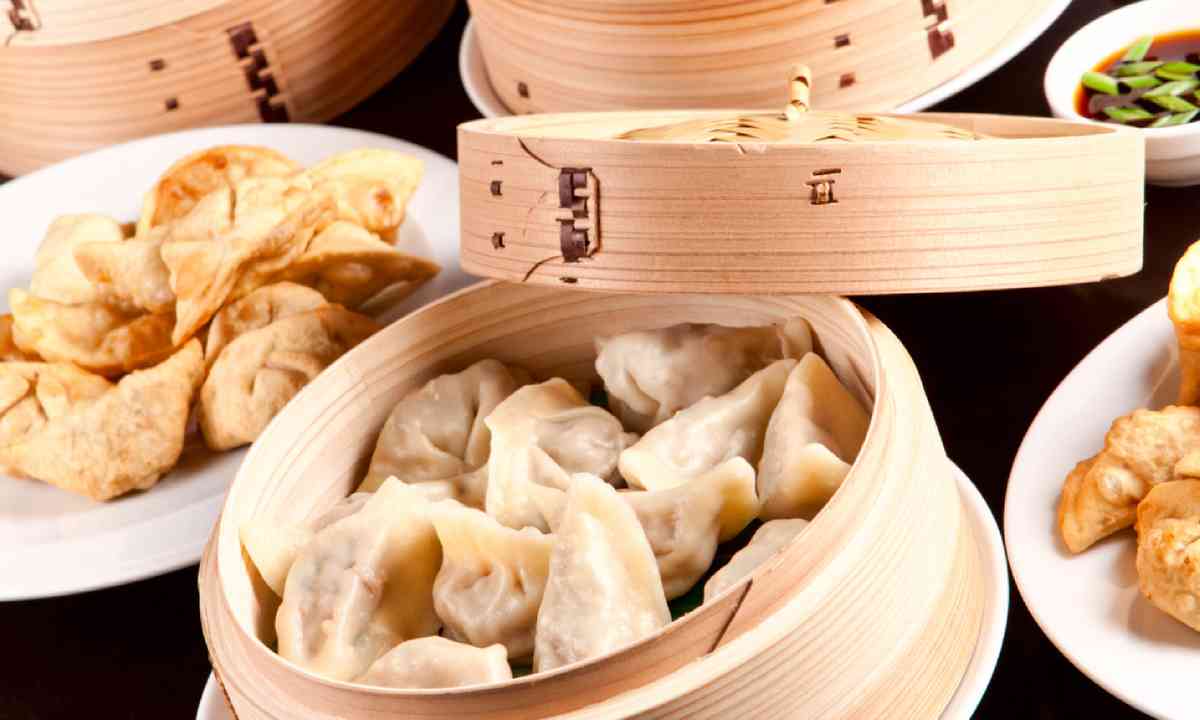 2. To make dough, stir the flour with enough water to make it just come together. Knead on a floured surface for 6-8 minutes until smooth. Cover with cling film and let it rest for 20 minutes.

3. Dumplings: take a tbsp of dough, press it onto a floured surface and roll it into a disc. Spoon a tbsp of filling onto the centre. Bring the opposite edges of the wrapper together; fold and pinch the dough until sealed. Make another pinch along the ridge to the right of the centre. Continue until the right-hand side is sealed with pinches; repeat for the left side.

4. Heat the oil in a large skillet over medium-high heat. Arrange the dumplings in a spiral shape from the outer edge of the pan to the centre to fit as many as you can in one batch.

5. Cook until the bottoms of the dumplings are lightly golden brown (about two minutes). Add the water and immediately cover the pan. Steam until the wrappers are translucent.


This recipe is taken from The Food of Taiwan by Cathy Erway (Houghton Mifflin Harcourt, £21), available now.