These simple savoury pies are so well-loved in Greece that there's a festival held in their honour. Want to see what all the fuss is about? Try this recipe

The glorious Greek island of Crete is the perfect place to indulge in a foodie blowout, without the guilty conscience. The local diet here is abundant in fresh local fruit, vegetables, honey and yoghurt; it traditionally includes a limited amount of meat; and, with 1.5 million olive trees dotting the island, healthier olive oil is the primary fat in most dishes. As a result, Cretans lay claim to being some of the healthiest people in the world, with some of the longest life expectancies.

“From the terraced hills, laden with olive trees, to the fields full of goats and sheep, wherever you go in Crete you will find a glimpse of the wonderful food that nature provides us,” says Katerina Goniotaki, author of Cooking with Katerina: Traditional Cretan Recipes.

The southern mountain village of Sfakia is the birthplace of one of Crete’s most famous cheese dishes: pies filled with myzithra cheese and drizzled with honey, eaten as a snack, starter or dessert. Indeed, they’re so popular that they’ve been given their own event: the first Sfakian Pie Festival was held in August 2015. 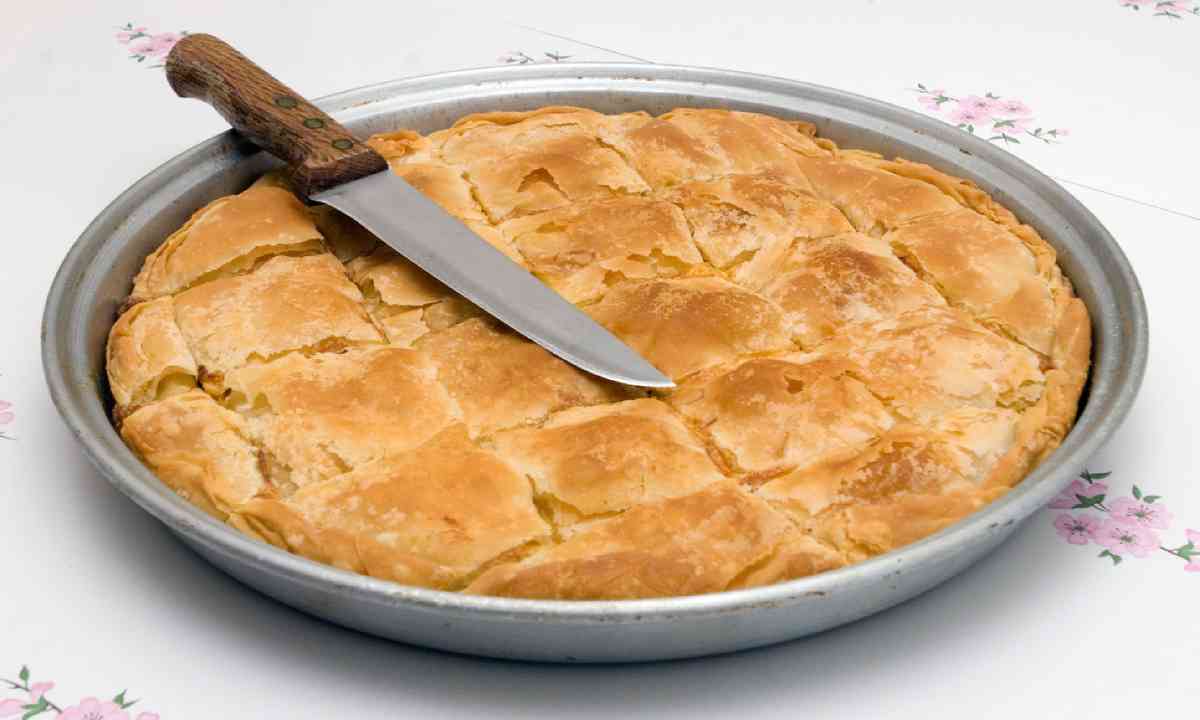 1. Dissolve the yeast in the warm water, then add the raki, olive oil and two dessert spoons of salt.
2. Slowly stir in 1kg of all-purpose flour to make the dough; mix until elastic and not sticking to your hands.
3. Place the dough in a clean plastic bag and leave to rest in a warm place for at least 30 minutes. Meanwhile, roll the cheese into palm-sized balls.
4.  After the dough has rested, cut and roll it into fist-sized balls on a floured surface.
5. Spread out each dough ball with your hands and place a ball of cheese into the centre of each one.
6. Fold the edges of your dough over the filling and squeeze them together to form a seal.
7. Leave to rest for ten minutes before gently rolling out your dough balls into thin round sheets.
8. To cook, fry in a pan in hot oil for a few minutes on each side. Serve with honey.