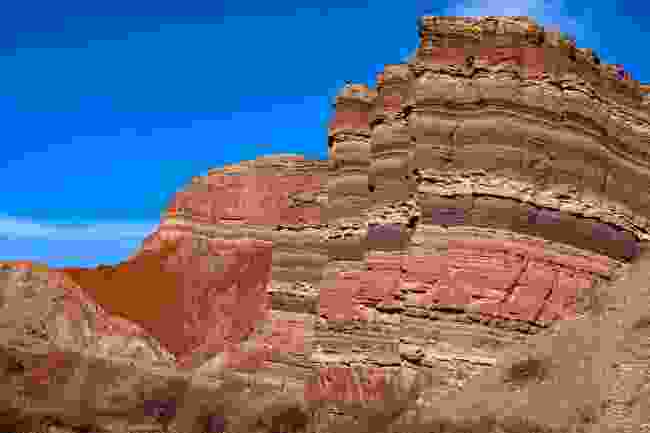 When you think of Salta, the first thing that comes to mind are its imposing red rocks. Quebrada de las Conchas (sometimes called Quebrada de Cafayate, or Shell’s Ravine) in Calchaquí Valley, is the nature reserve you’re picturing.

90km from Salta city, you can drive for 50km through this desert-esque mountain range, admiring myriad, completely natural rock formations: the Amphitheatre, the Obelisk and the Toad three of the most exciting.

There’s also the Devil’s Throat, a heavily-eroded gorge you’re allowed to clambour through. For a view over all of Quebrada de las Conchas, Mirador Tres Cruces (Three Crosses Viewpoint) offers a breathtaking panorama.

2. You can get lost in Andean history 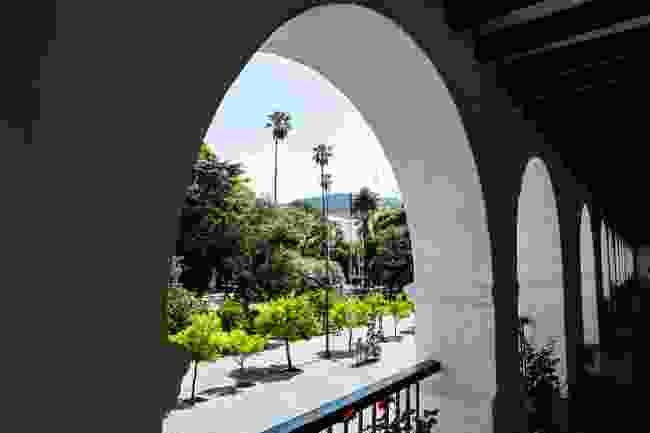 View from the History Museum of the North, Salta, Argentina (Shutterstock)

Anyone with an interest in the history of the Incan Empire must pay a visit to Salta. The region remained part of the Empire until the early 1500s, at which point Salta was taken over by Spanish conquerors.

Salta city itself is home to several museums dedicated to the history of the Incas and the Andes. History Museum of the North focuses on colonial history, while the small but boundlessly fascinating Museum of High Altitude Archaeology is focused on the Incas.

Here reside the Children of Llullaillaco. In 1999, the mummified remains of three Inca children were discovered in the Andes, near the Chile-Argentina border. Scientists and historians unearthed that the children – aged six to 15 – were drugged and sacrificed as part of an Inca ritual in service to Inca gods. The mummies, now over 500 years old, are believed to be the best-preserved Inca mummies in the world.

Naturally, it’s an incredibly powerful exhibition, one deserving of great respect and reflection. Understandably, the display of Llullaillaco is still a source of controversy in indigenous communities. 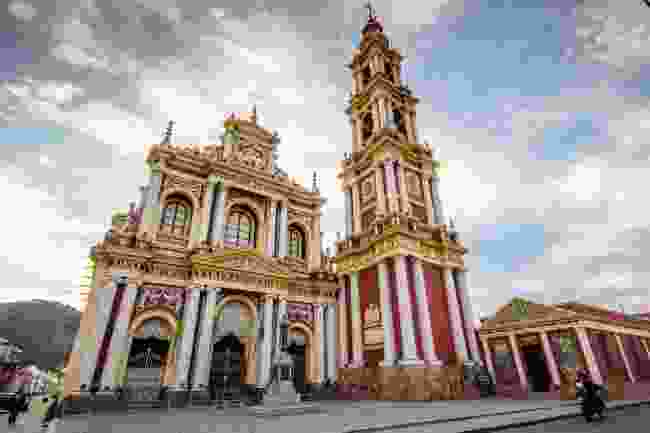 Beyond its museum offerings, the city of Salta has much to offer travellers. Spend a couple days wandering the streets, admiring the colonial architecture, stopping off at the local markets, and pausing for a glass of wine (or two).

Take in the city views by travelling the San Bernardo Cerro cable car. Those with an interest in religion will find themselves spoiled for choice in Salta: there’s the charming San Francisco Church, the pink 19th-century Salta Cathedral, and a convent known for its architecture as much as anything else.

Expect a welcoming vibe from the city’s traditional locals – its well known that Salteños often gather together at peñas, folk music concerts in which they take great pride. Casona del Molino is great place to experience one for yourself. 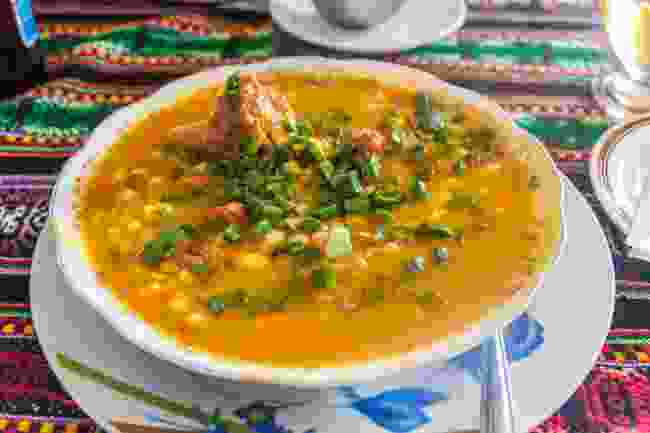 Rumour has it that Salta was the birthplace of the empanada. While the rumours remain unproven – and in fact its also been said that they weren’t created in Argentina at all – it does give an insight into how the world reveres Salta’s own take on the snack: an often-fried mix of potato filling, with a dash of cumin and some spring onion thrown in.

Deliciously doughy, a few Empanada Saltenas should fill you up no problem. And you’ll never find yourself without a delicious empanada assortment in Argentina; there are countless different varieties. Likewise, if you’ve had your fill of empanada and want to branch out, the tamales in Salta are particularly delightful.

If you’re visiting around winter, you must seek out one of Argentina’s national dishes: locro. It’s an extremely dense stew, found in Bolivia, Peru and other Andean regions, containing just about everything from chorizo sausage and pork to potato and pumpkin. Expect a little spicy kick, too. 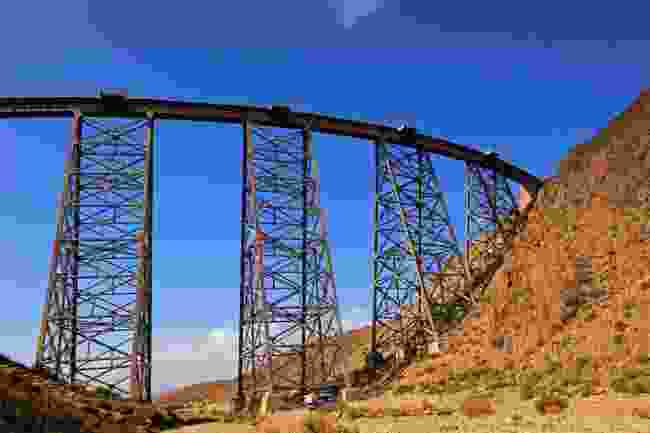 Possibly Argentina’s most famous – and slightly tricky to come by – train journey: the breathtaking views from Tren a las Nubes, or Train to the Clouds!

Each Saturday, between April and December, the train slowly drives you through the north-west’s natural highlights. You’ll start your journey by coach, where you’ll soon join the train at the appropriate stop in the Argentinian town of San Antonio de los Cobres.

Views over the valley can be savoured on this slow train ride, and the journey’s literal high point is 4,220m-high La Polvorilla Viaduct. You’ll stop here so you can appreciate the view, and apparently, there are staff on the train to help you deal with any altitude sickness. You’ll also stop in San Antonio for a comfort break.

Keep in mind: it’s a long, long rail ride – Salta can get hot, too! – but if you prepare with appropriate snacks, packed lunches, water bottles and entertainment, you’ll enjoy a relaxed, leisurely experience in a (presumably) otherwise busy itinerary. 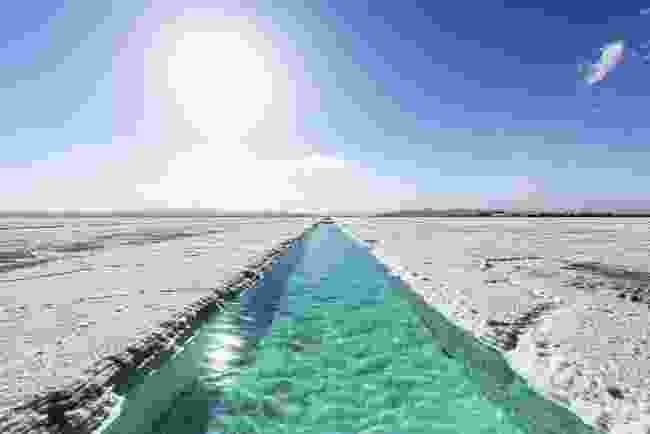 Bolivia’s blindingly-white salt flats, Salar de Uyuni, are the ultimate destination for that perception-bending mirror effect. Travellers have been wising up to the existence for a while now.

But did you know that the Salta region – along with neighbouring Jujuy – have their own salt flat experience, Salinas Grandes? They’re not quite as grand as Bolivia’s, but they’re fairly easy to get to, especially when you book with a guide, and make the perfect day trip while you’re in the area.

Prepare for an altitude adjustment, though, as Salinas Grandes rises 3,450m above sea level, and stretches out for 212 sq km. During the summer months, the salt desert takes on that shiny mirror effect that allows you to get those mind-blowing, reality-altering photos. Always wanted to stand a bottle? Now’s your chance…

9 of the best things to do in Argentina

How to make empanadas argentinas