Home to the largest port in Europe, audacious architecture, and a burgeoning foodie scene, the Netherlands’ vibrant ‘second city’ demands a closer look... 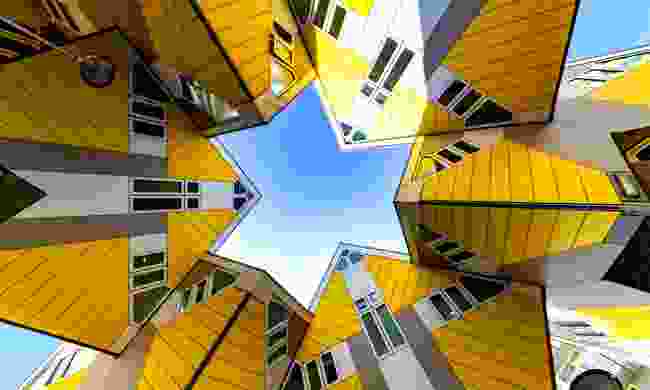 After being heavily bombed by the Germans during the Second World War, Rotterdam had to be rebuilt from scratch. It’s a task the city took to with relish, engaging some of the country's most visionary architects to give the city a more modernist feel. Instead of the quaint canal houses of Amsterdam, here you’ll find Piet Blom’s idiosyncratic yellow cube houses, tilted at a bizarre 45 degrees.

Everywhere you turn you’ll find an iconic piece of architecture that would be a landmark in any city of the world. The 800-metre cable-stayed Erasmus Bridge – also known as The Swan – is regarded as one of Europe’s most spectacular bridges. The redevelopment of Central Station kept many of the site’s historical elements while introducing a thoroughly modern design. And the Markthal (Market Hall) is quite unlike anything else you’ve seen. At once familiar and challenging, it is the perfect metaphor for the city itself. 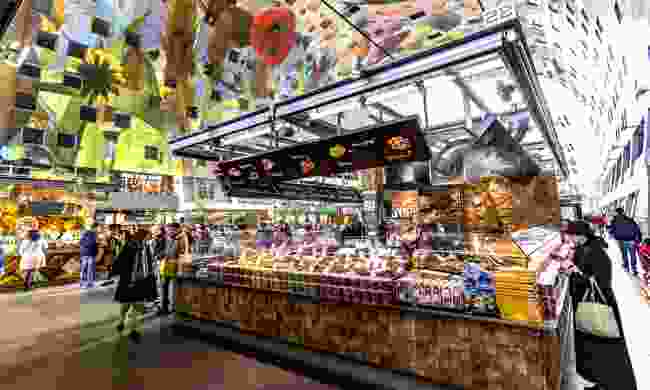 Food stall in the Markthal (Dreamstime)

Rotterdammers like their food fresh, locally sourced and colourful. Hence the best place to start your foodie tour of the city is at the stunning Markthal, where over 100 food stalls jostle for your attention under the dramatic, mural covered ceiling. Make sure you drop by the Fenix Food Factory too. Set on the site of an old warehouse, it is Rotterdam’s answer to London’s Borough Market. The cheesecake at Jordy’s Bakery is worth seeking out.

You’ll also quickly learn that brunch is something of an institution in Rotterdam, with most restaurants adjusting their menus accordingly on weekends. If the sun’s out, you can’t beat Bertman’s, picturesquely set beside a canal. Central Station has a number of quick and easy options too if you’re between trains. If you’re on a bike, try Lokaal, a cafe under the the disused Hofplein railway arch. Their double espresso will knock your socks off and keep you going until mid-afternoon. 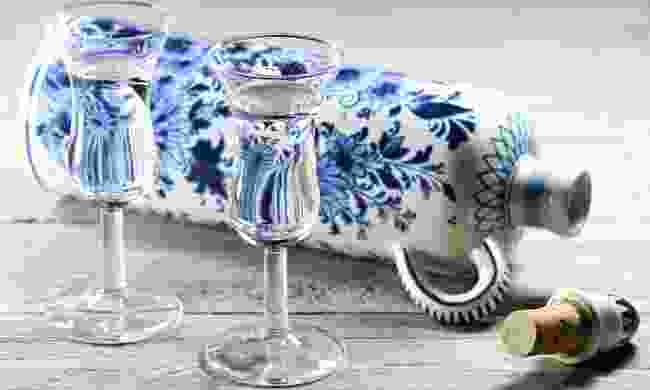 The Dutch like their gin, and Rotterdam is no exception. There is no shortage of bars serving the stuff – Dutch or otherwise. Indeed, you could spend your entire visit at The Ballroom, sampling over 50 different types of gin.

For a more speakeasy-style vibe, cocktail lovers should try Dr., a former brothel turned bar that can only be visited by prior arrangement. So secret is the location, you won’t be told it until your appointment has been made and approved. Continuing on the theme of repurposing, the tropical-themed Aloha Bar is set in a disused outdoor swimming pool.

Beer lovers should head to the Timmerhuis, where THOMS restaurant has just opened its own city brewery.

4: The museums and galleries 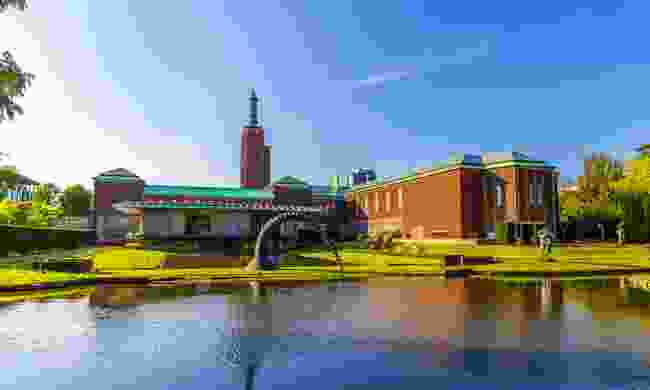 Rotterdam's museums are as audacious and innovative as the city itself. Head to Museum Park for both the Natural History Museum and the Kunsthal art gallery as well as plenty of wide green spaces for when the sun comes out. The Maritime Museum, down at the harbour, charts Rotterdam’s naval history and its ongoing role as Europe’s busiest harbour.

If the iconic Rotterdam Cube Houses have captured your imagination, be sure to swing by the De Kijk-Kubus, a small museum showing what it would be like to live in one. With most privately-owned, the museum is a unique opportunity to experience the cube house lifestyle. 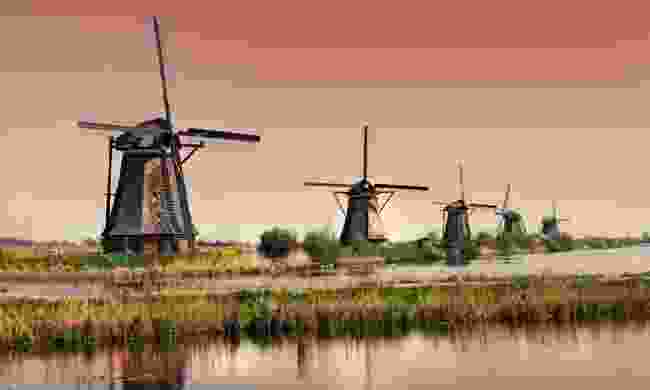 The historic windmills of Kinderdijk (Dreamstime)

Hiring a bike is the cheapest, quickest and most ‘Dutch’ way to get around the city. Cycle paths are plentiful, and hiring a bike should cost you less than €9 a day.

It’s also a great way to explore the countryside around the city. The Gouda Cycle route takes you through the green heart of Holland, including the cheese market and canals in Gouda and the witches' scales at Oudewater. The Linge cycle route takes you through the Betuwe region, famous for its fruit production, and is particularly lovely between April and May when the fruit trees are in bloom. Best of all is the Kinderdijk cycle route, a 28km ride along the River Lek to the 19 historic windmills at Kinderdijk, a UNESCO World Heritage site.