Finland’s largest lake is hugely underrated compared to some of its European counterparts, but offers wildlife watching, autumnal wonders and some offbeat natural experiences... 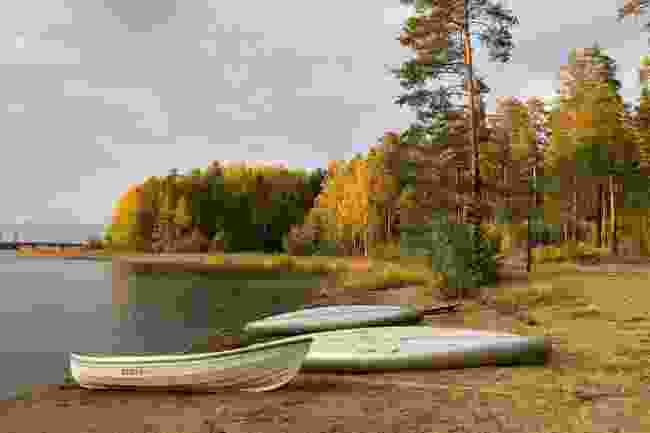 You may think of the Finnish Lakeland – and its largest lake, Saimaa – as the ultimate summer destination. After all, staying in a glass-panelled villa, with your own deck leading down to the lake – or to the beach, where an array of water sports await – is the ultimate blend of an active/relaxing summer holiday.

But its pristine natural beauty can be appreciated throughout the seasons, particularly during spring and in ruska, when the walls of trees surrounding the lake and lining the region’s roads go full autumn, blossoming into shocking yellow, glossy orange and deep crimson.

By our definition, Saimaa and its surrounds in autumn is pure, natural bliss – serene and tranquil. The further you go into the Lakeland, the more likely you are to feel like you've stumbled upon some empty, hidden corner of the world. Saimaa provides the special kind of quiet only a destination undiscovered by the masses can enjoy. As it stands, it seems the Finnish Lapland gets all of the love at this time of year.

2. You'll have nature all to yourself 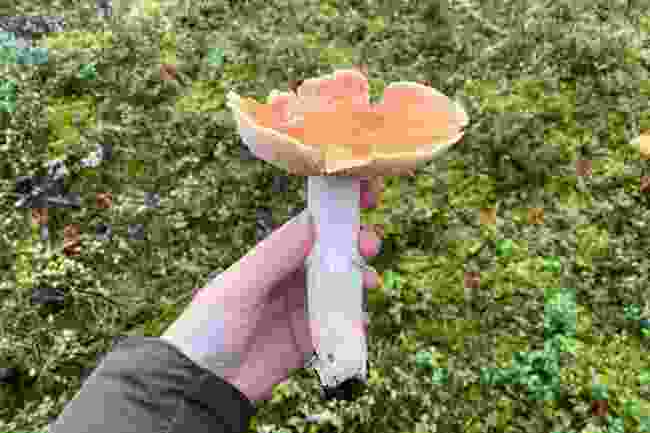 Don't eat the wild mushrooms! In fact, best done with an expert by your side... (Elizabeth Atkin)

Lake Saimaa is huge. Really huge. 4,400 sq km huge, sprawling throughout south-east Finland, to be exact. So, there's a lot of ground to cover. It's impossible to see the whole region in a week, or even longer. But whichever area you go for, you'll be completely immersed in the natural world.

Hikers should seek out the killer views atop Neitvuori Hill (Maiden's Hill) near the town of Mikkeli. Give yourself a couple of hours, park your car, and begin an easygoing walk to the peak.

It's 184m tall, peaking at 110m above Lake Saimaa – so minimal effort to get a truly sensational view over swathes of forest and a stunning view over Saimaa's Luonteri archipelago. You'll find that, even in summer, the trail to the top (which is well marked) is unbelievably quiet. We wouldn't be surprised if you barely saw another soul.

Finding unique travel experiences is a tricky task, but not in Saimaa. Another lesser-known treasure is Hotel Punkaharju, which offers wild mushroom picking experiences along the Polkukartta trail, guided by the hotel owner – the eccentric, glamorous, mushroom-obsessed Finnish supermodel Saimi Hoyer – or one of her knowledgeable team. As close to unique as you can get. 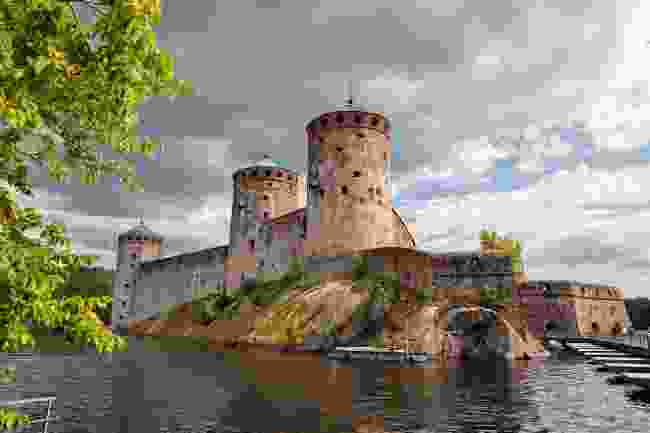 Olavinlinna Castle, in the Lakeland town of Savonlinna (Shutterstock)

An hour or so from the Russian border, in the heart of Lake Saimaa, lies the quaint town of Savonlinna. The jewel in the town's crown is Olavinlinna, a 15th century stone castle with three towers and a moat. It's Finland's northernmost medieval fortress.

Olavinlinna's star-esque fortress was first built in 1495, almost as if it were just to be a dramatic island surrounded by rocks, as opposed to a way to protect the disputed Savo region, then owned by the Swedish, from its neighbour and nemesis Russia. The fact it still stands today is impressive: Olavinlinna has been the battleground of plenty hard-won fights over 400 years of turmoil.

By the late 1800s, all the fighting had calmed down and renovations began to turn the castle into a tourist attraction. Finland won independence in the early 1900s, and in the 1960s, a large-scale restoration project began, lasting 14 years, to prime the castle for its 500 year jubilee celebrations. Today, guided tours are available, snaking you through the castle's various rooms and through it's dizzyingly windy staircase. 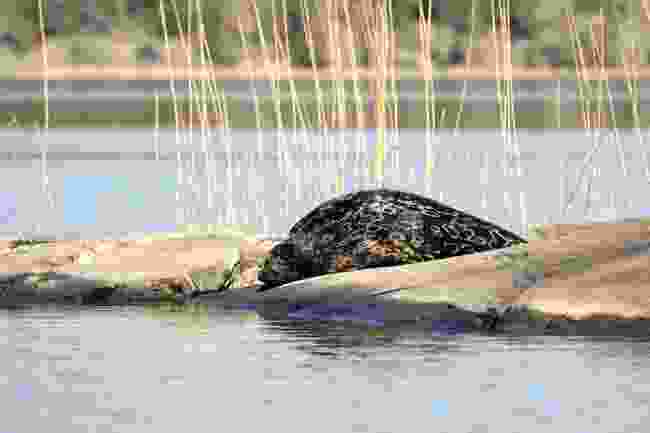 A rare glimpse of the Saimaa ringed seal (Visit Saimaa)

The ring-tailed seal is remarkably cute – and also rather rare. It’s one of the only freshwater seal species on the planet, and there are just 400 living in the Linnansaari National Park, near Savonlinna. So few, that local guides have named and successfully identified them all.

For seal-spotting, naturally its best to go by boat. A local guide accompanying you gives you a stronger chance of a sighting, as they’ll know which shores the seals rock up on. Visit Savonlinna can help arrange tours.

Admittedly, your odds are better in spring or summer – particularly during May – when a clear sky is likeliest and there’s less chance of choppy waters. It is possible in autumn when the weather’s bright and easygoing, though.

Like with any rare species, you’ll always need luck on your side. We’ve spoken to Saimaa locals who’ve seen countless ring-tailed seals in their lifetime, and others who haven’t at all.

Whether you see these gorgeous seals in the lake or not, the ride through Linnansaari is spectacular – a seemingly endless expanse of dark blue water opens up before you, no sign of civilisation, bar tiny islands packed with tall trees dotted around. 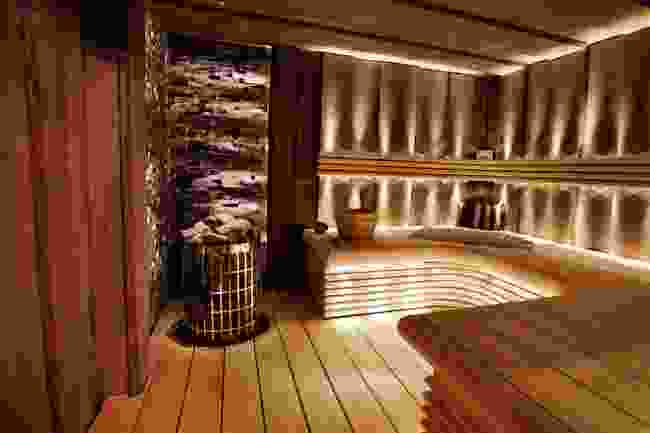 If the Finnish love anything: it’s sauna. Pronounced ‘s-ow-na’ rather than ‘s-aww-na’, this relaxing, sweat-inducing and pore-cleansing practice is core piece of Finland’s culture puzzle.

There are many different kinds of sauna, from traditional wood saunas (hot) and hammams (slightly less hot) to quirky ‘storm showers’, an immersive experience offering a mix of aromatherapy scents, water temperatures and pressures.

Many Finnish homes have a sauna room, and Finns tend to sauna a few times a week. Of course, if you’re staying anywhere in the Finnish Lakeland, chances are you won’t be far from a private or semi-private sauna room.

Art & Design Villas in Mikkeli, and Okkola Holiday Village on the secluded Niinisaari Island, both offer large, private sauna room inside each lakeside property. You can even theme your trip around the sauna experience. Hotel Jarvisdyan offers all of the above sauna types and plenty more in its luxurious, indulgent spa & pool area, the Lake Spa.

Traditionally, a steaming hot sauna is finished off with a cool shower or – for the brave – a dip in Saimaa itself. Don’t be fooled: the water may be an easier sell in summer, but it’s pretty icy in autumn! 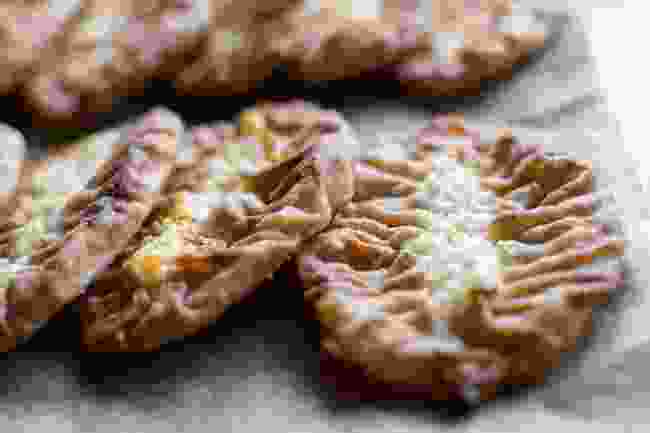 A classic Karelian pie, eaten and enjoyed all over Finland (Shutterstock)

Part of Lake Saimaa's 4,400 sq km lands itself in the region of South Karelia. Karelia, an area now split across several regions, has historically been fought over by Finland, Russia and Sweden.

Karelia has its own language (Karelian, very similar in structure to Finnish), and the region's history is somewhat complicated. But the local cuisine isn't so complicated, and has grown to become immensely popular across the country. There's one key dish you must try: the Karelian pie.

Here's the thing: Karelian pies aren't technically pies. They're more like artfully-folded baked pastries made of rye dough, and stuffed with a simple filling of sweet rice pudding. Often, they're served with a salty slather of butter mixed with chopped boiled egg. Taste-wise, there's little else to compare them to – and it's the different textures/contrasting flavours that make each pastry so more-ish.

You'll find them all over Finland, and even parts of Estonia and Russia. You can buy them in supermarkets, or try them in cafes all over the country. Better yet, try making them yourself. There's a workshop in North Karelia, elsewhere in the Finnish Lakeland.

7. Its proximity to Helsinki & St Petersburg 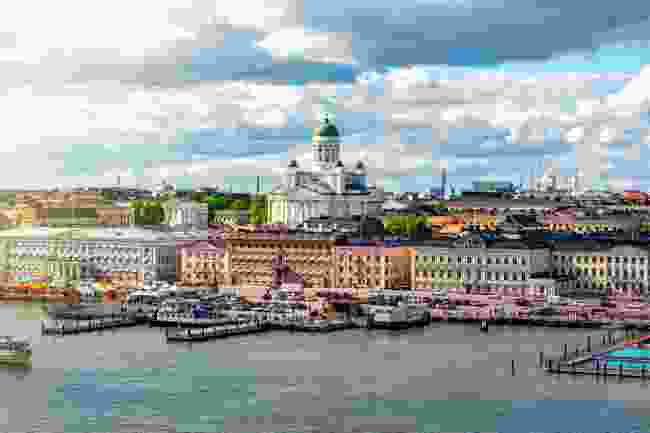 A week in Saimaa – sauna-ing, seal-spotting and bathing in its natural beauty – is enough to calm you, re-centre you and recharge your batteries. But before you fly home or to your next destination, there are a couple of cities in the vicinity that are simply too good to miss.

Helsinki Vantaa is Finland’s main airport, and the Lakeland is approximately three hours away by car. There are also connecting flights from Vantaa to Kuopio Airport in the Lakeland, and a few other transport options. So, if that’s how you’re getting to Saimaa, make sure you plan at least a day in the capital.

The other city? St Petersburg. Parts of Saimaa are just an hour away from the Russian border, and Russia’s second city is approximately three hours and 30 minutes by car. Trains and ferries operate from nearby towns. Make a weekend of it, exploring the regal Winter Palace to the iconic Church of Savior on the Spilled Blood, before driving back to Lake Saimaa's calm oasis.

For more information on Finland, head to Visit Finland

The coolest places to stay in Finnish Lakeland

Where to go in the Lakeland during summer