5 reasons the Northern Lights are best viewed in autumn

Less cloud cover, more intense geomagnetic activity and the breathtaking sight of autumn leaves in the Arctic – Ali Mclean reveals why chasing the Northern Lights in the Fall often yields the best results

1: Geomagnetic activity increases around the autumn and spring equinoxes 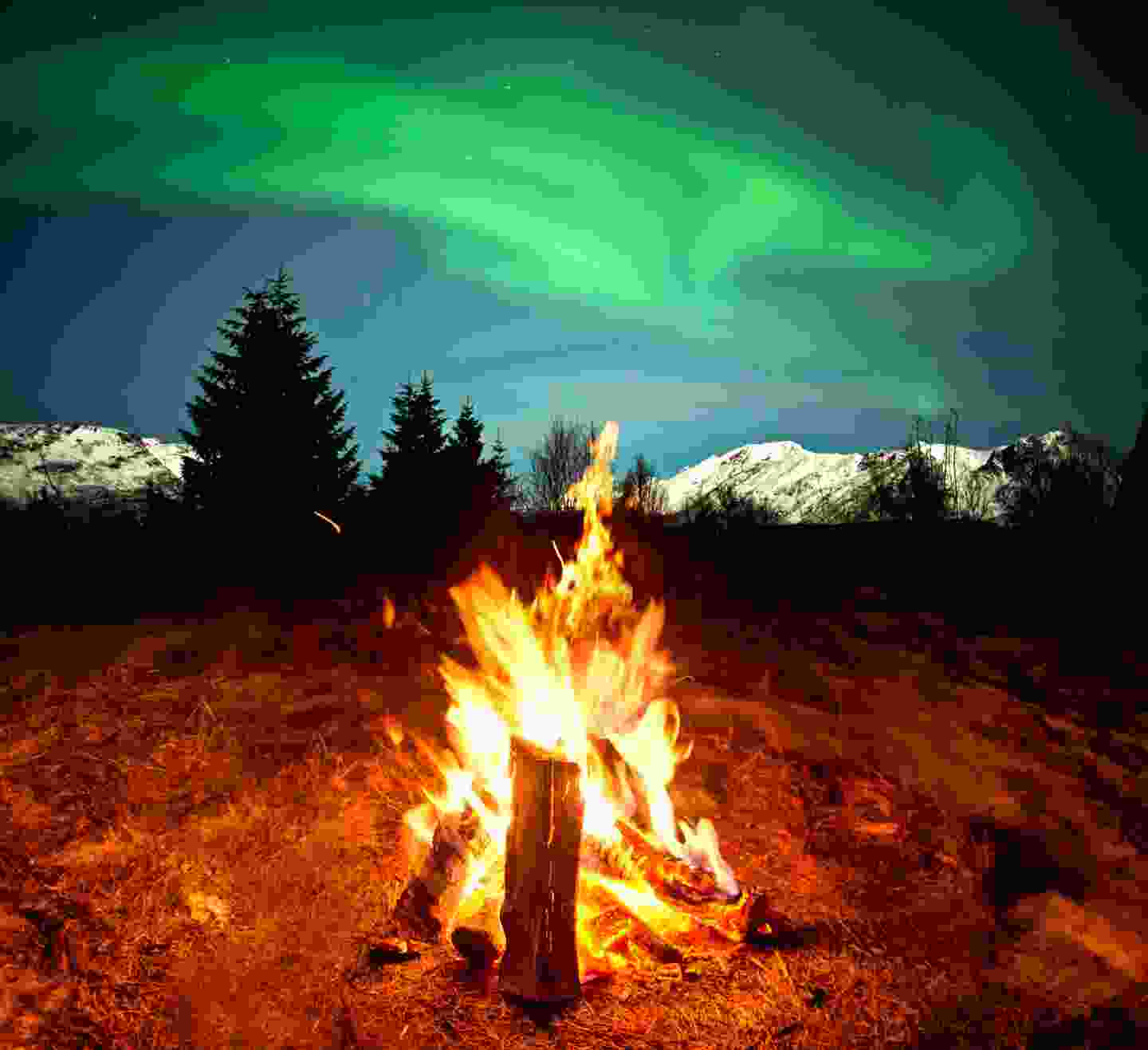 Watching the Northern Lights beside a campfire (Dreamstime)

Solar physicists are generally pretty smart individuals so, when they say that there is more geomagnetic activity in the weeks around the equinoxes, it’s a good idea to sit up and listen. To cut a long story short, geomagnetic activity is what causes the Northern Lights, so it makes sense to search for the Aurora when activity it is likely to be high.

Research from two particularly intelligent chaps – C T Russell and R L McPherron from UCLA’s Institute of Geophysics and Planetary Physics – concluded that “twice as many storms (geomagnetic) occur on average during the equinoctial months (March and April/September and October) as during the solstitial months.”

Another tremendously smart cookie is Dr David Hathaway at NASA’s Goddard Space Flight Center. Dr Hathaway studied 75 years of historical records and came to the same conclusion i.e. the months around equinoxes are almost twice as likely as solstices to have geomagnetic disturbances.

The science is compelling, if you want to see the Northern Lights but don’t fancy the snowy and cold months of deep winter, then autumn is your best time to travel.

Anecdotally, I would add that the best Auroral display I have ever seen was in Finland during September. Of course, my personal experience lacks any scientific clout but, when you are joined by the locals in involuntarily (and needlessly*) dodging stair rods of multi-coloured light as they plummet earthwards, you know something pretty special is going on!

2: Cloud cover, not a full moon, is the aurora hunter’s worst enemy 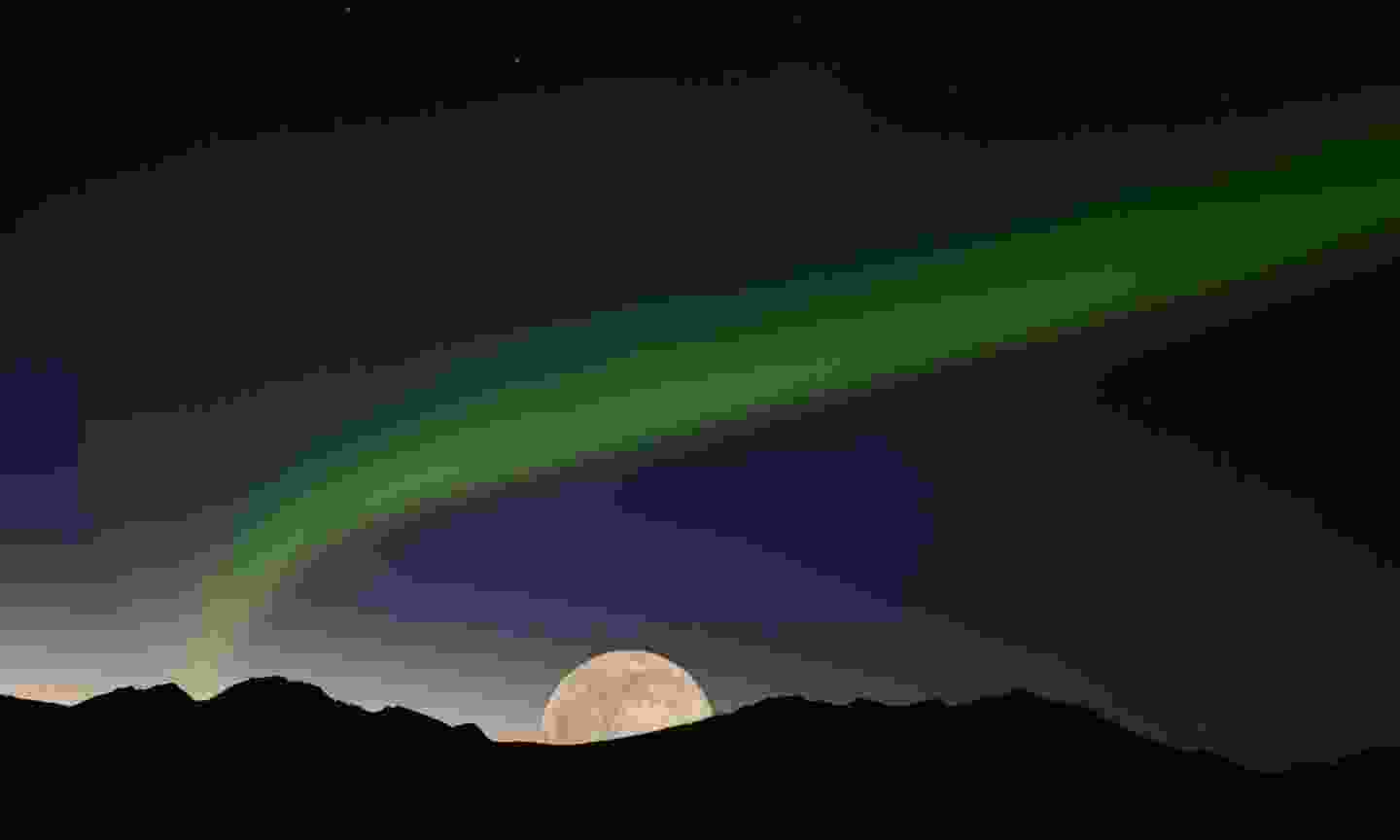 Northern Lights on the night of a full moon (Dreamstime)

Aurora hunting holidays are a relatively recent phenomena and emerged in the wake of Joanna Lumley’s hugely popular TV program Joanna Lumley in the Land of the Northern Lights.

For a long while after the show aired there was a widespread belief that a full moon will obscure all but the most violent of Auroral displays. Happily, that theory appears to have been largely debunked because, the thing that any self-respecting Aurora hunter hates most, is blanket cloud cover.

It’s a simple equation; if there is 100% cloud cover overhead, you can not see the Northern Lights without either a plane, the International Space Station or the tallest set of ladders in human history.

Being a bit of a geek, I’ve spent probably more time than is healthy studying weather records from across Europe’s Auroral Zone establishing which months are the least cloudy.

The first thing to note is that in Northern Scandinavia and Finland, the lights are not visible during the least cloudy months of the year (May, June, July and early to mid-August). Basically, you need dark skies to see the Northern Lights and, with the “Midnight Sun” bringing 24 hours of daylight, high summer is a write-off as far as aurora hunting is concerned.

My research points very clearly to September as being the least cloudy (and the warmest) month of the aurora hunting season. Combine this with the likelihood of greater geomagnetic activity (Secret 1 above) and you have two compelling reasons to chase the Northern Lights in September.

3: Nature’s bounty and reindeer on mushrooms 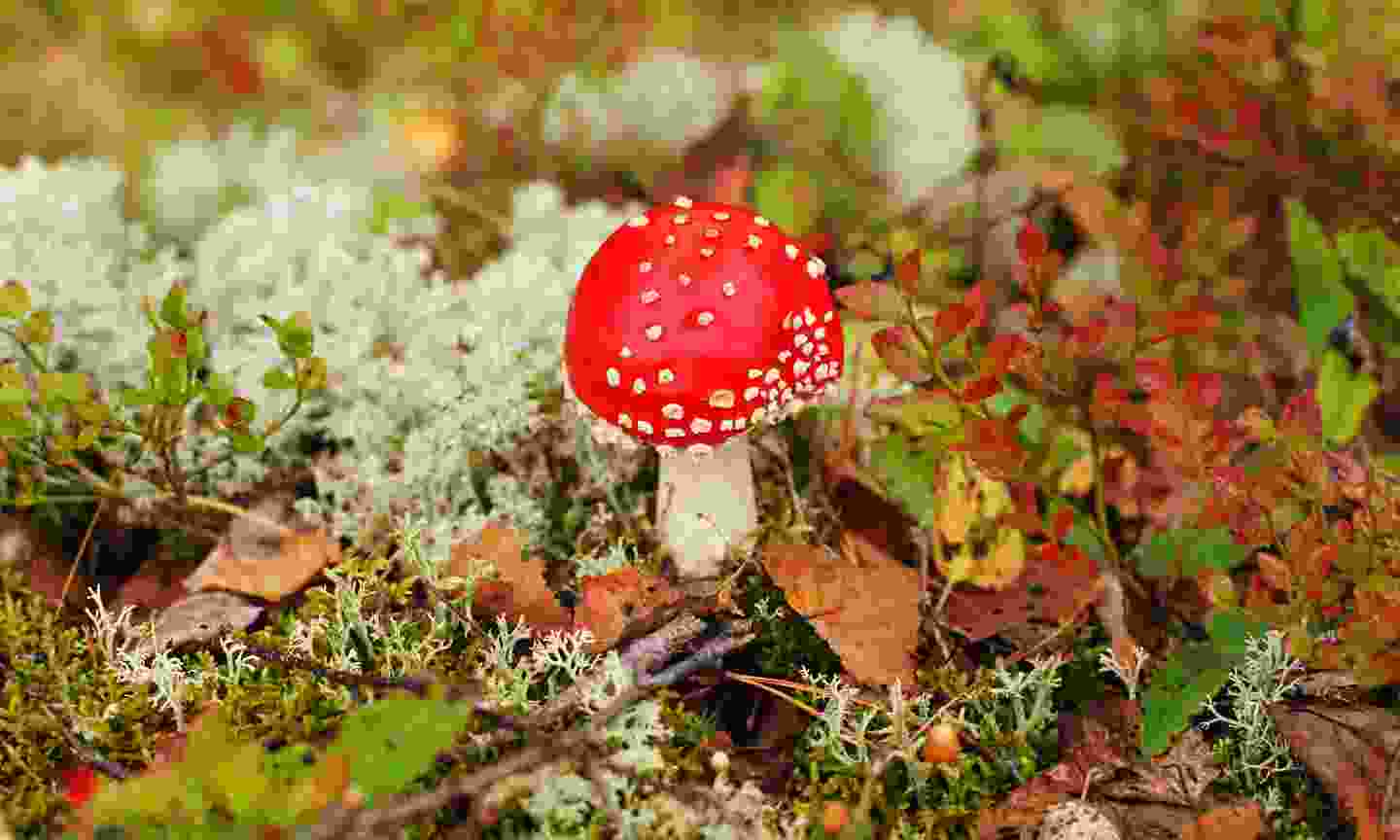 Some years ago, during an autumn trip to Finnish Lapland, I got into a very enjoyable and informative chat with a Sámi reindeer herder. For those who don’t know, Sámi people are the indigenous people of Lapland whose main pastimes include reindeer herding. He told me that the summer had been unusually damp and, as a result, the forest floor was providing his reindeer with a veritable feast of assorted mushrooms. For the herder this was an immensely exciting development because the mushroom diet would eventually impart a strong fungi flavour in the year’s reindeer meat.

Autumn in the north brings bountiful harvests of mushrooms and berries which are just ripe for the picking. Foraging is the buzzword in gastronomic circles right now (particularly in Helsinki!) but, in Lapland, it is very much borne of tradition. In autumn it’s highly likely that you’ll see whole families rummaging through the undergrowth in search of fresh local produce for the evening pot. 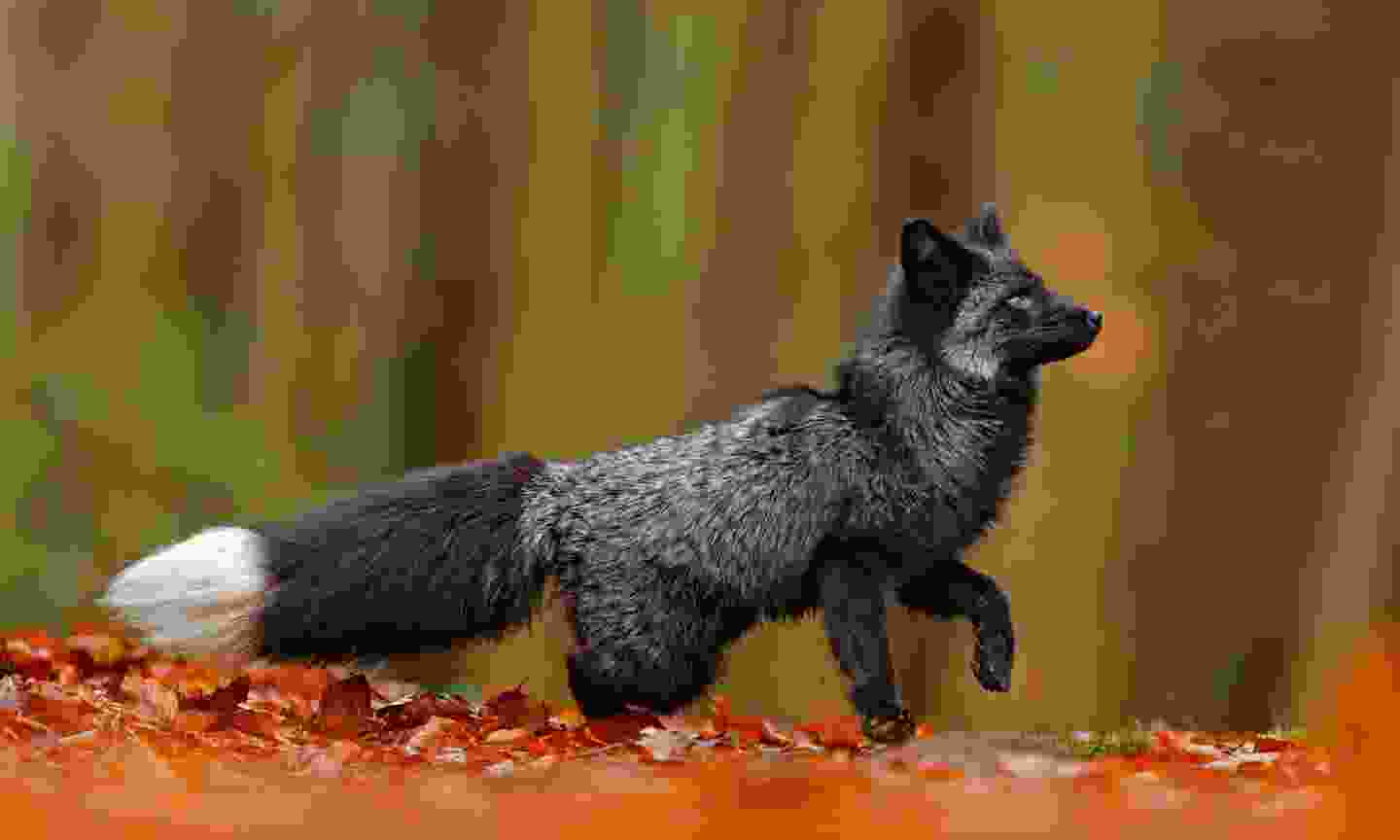 In Finnish Lapland it is said that autumn starts at 9am on the 9th day of the 9th month and lasts for exactly two weeks. Autumn in the north is undoubtedly short (four weeks is probably more accurate), but, if you time it right, you can enjoy all those wonderful burnished colours you might associate with a North American “Fall”.

Whether it is Norway’s fjords, Sweden’s mountains or Finland’s forests and lakes, the landscapes are bathed in those wonderful burning shades of red, pink, yellow and brown and, very often, reflected in the still and calm water of the fjords and lakes.

Autumn is a lovely time to enjoy a variety of activities ranging from gentle walking to fat biking, visiting a reindeer farm to gold panning, boat tours to husky sledding on wheels! The opportunities are endless!

5: Two auroras for the price of one 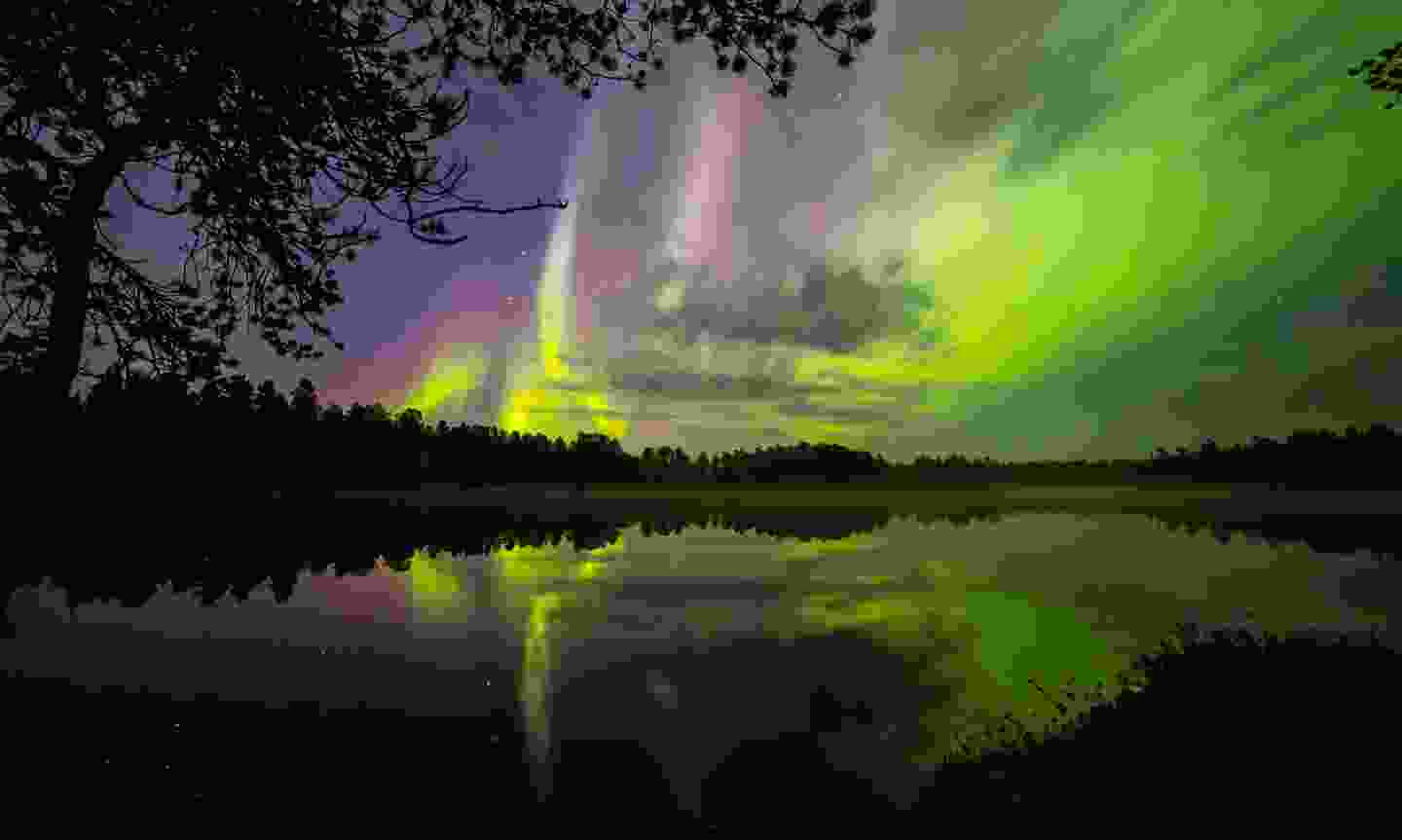 The Northern Lights reflected in a lake (TheAuroraZone.com)

One of the things I love about Finnish Lapland in autumn is that the big winter freeze hasn’t yet arrived. Don’t get me wrong, there are few things in this world as emotionally fulfilling as a winter white landscape swathed in perfect, virgin snow. However, the frozen water of an iced-over lake barely reflects light or, more pertinently, Northern Lights.

The wonderful thing about autumn’s open water is that you can regularly see two auroral displays at the same time. The first happens overhead usually in a blaze of myriad swirling greens. The second occurs on the lakes and rivers as Mother Nature’s lightshow is reflected on the inky surfaces.

Seeing just one strong aurora is reward in and of itself. To see the display mirrored in the coal-black water of a silent and mystical lake some 200 miles north of the Arctic Circle is nothing short of humbling.

To witness this I have a few off-the-beaten track recommendations that you simply must look at. New for 2018, the boutique Wilderness Hotel Inari is located on the lakeside, perfect for those

Alternatively, head to Menesjärvi, a wild and remote place at the very heart of the Aurora Zone.

Go in search of the aurora this autumn in Finnish Lapland with original Northern Lights specialists, The Aurora Zone. Click here to find out more.