5 quirky things to see and do in Glasgow, Scotland

Scotland’s second city has always been a haven for free thinkers and eccentrics. Author Tom Shields reveals five activities that will help you discover the city’s fun-loving heart

1: Have a cuppa at the Empire Coffee Police Box café 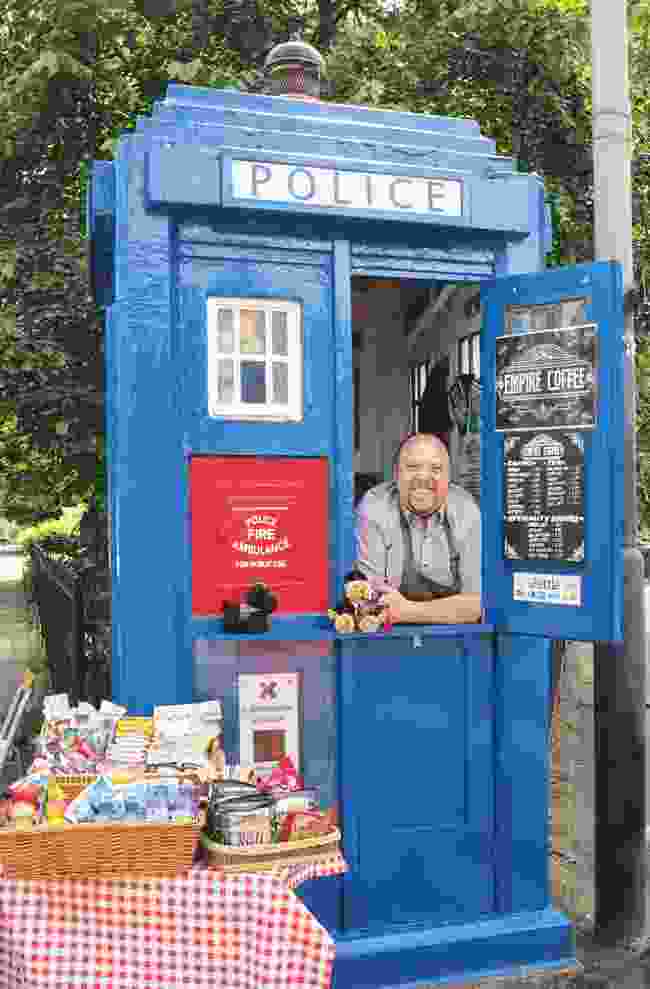 To understand the mystique of the police box it is necessary to travel back in time. In the days before two-way radio and mobile phones, these combined telephone kiosks and miniature police stations were a vital cog in the workings of the constabulary. When the light on the roof was flashing it meant that police on patrol should contact the station for an urgent message. Police officers also used the boxes for the temporary detention of suspects, for making a cup of tea, and for sheltering from the rain.

Glasgow used to have more than 300 police boxes. Only a few have been saved for posterity and renovated for other uses, such as coffee kiosks. Younger people may recognise the boxes as the Tardis from Doctor Who. Used by the Doctor for his journeys through time and space, the Tardis is small on the outside but vast inside. At the Empire Coffee box near Glasgow Cathedral, barista and chef Rocco Conforti achieves similar miracles within his tiny 2.25 square-metre kitchen.

His coffees include affogato (espresso with vanilla ice cream) in summer, and spicy lattes in winter. The Mexican hot chocolate is a good antidote for a chilly Glasgow day. The box also acts as an unofficial tourist information centre, as Rocco manages to find time between the coffee and sandwiches to dish out advice, maps and directions in a chatty, friendly manner.

2: Learn to curl in Braehead

About 500 years ago the Scots invented the winter sport of curling, which involves propelling really heavy lumps of stone across an icy surface. This was shortly after Scotland had given birth to golf, a pursuit where players use a stick to chase a ball over uneven terrain to a small distant hole in the ground. Then there is tossing the caber – throwing tree trunks into the air. Let’s just say that the Scots are good at making up strange games.

The earliest definitive curling stone dates from 1511. The first report of a match, involving monks at Paisley Abbey, was written in 1541. Stones can weigh nearly 2kg, but brute force is not involved. It’s about measured propulsion and the precise calculation of a curved trajectory. Vigorous brushing of the ice is required to control the speed and degree of curl. Curling is known as the roaring game, from the sound created by the glide of the smooth granite stones. It has been nicknamed ‘chess on ice’, as an important aspect of play is the removal of opposing teams’ stones from the target area of concentric circles.

The sport is played at more than 2,500 locations across Scotland, with many towns and villages having curling ponds. A bonspiel, or grand match, took place when a suitable lake froze over sufficiently for thousands of curlers to congregate, compete, and have a social sip of whisky. But Scotland's winters are no longer cold enough, and there has not been a bonspiel for nearly 40 years.

Curling is still hugely popular but is now played mainly indoors. The ice rink at Braehead is a modern venue where players of all ages hone their skills, and newcomers can have their first taste of this cool sport, with coaching on hand. Curling is a Winter Olympics sport in which Scottish teams still win gold medals, albeit under the flag of Team GB. Eve Muirhead, who coaches at Braehead, is one of the world’s leading players. 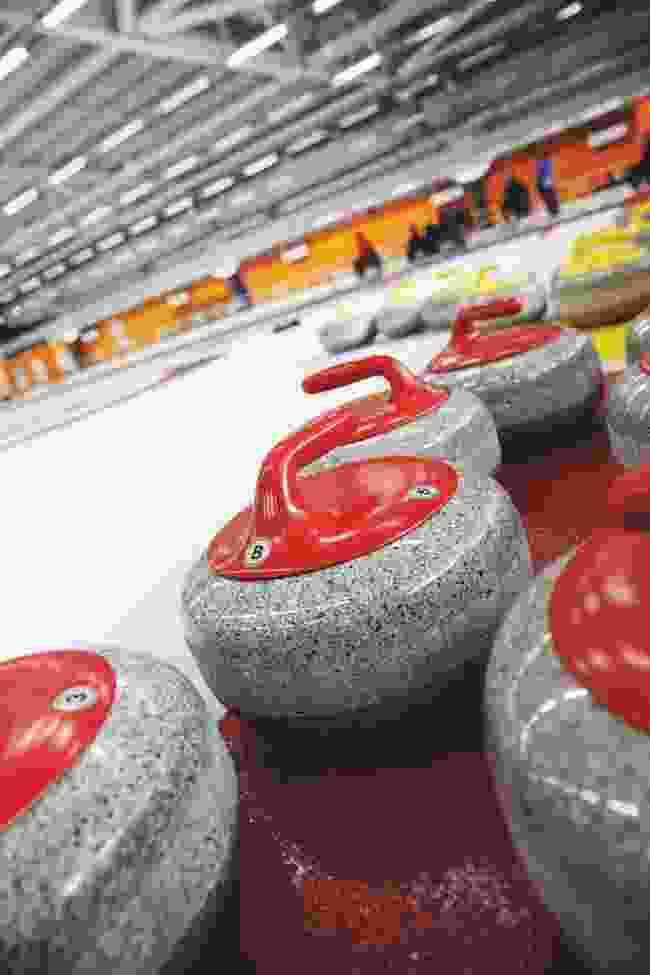 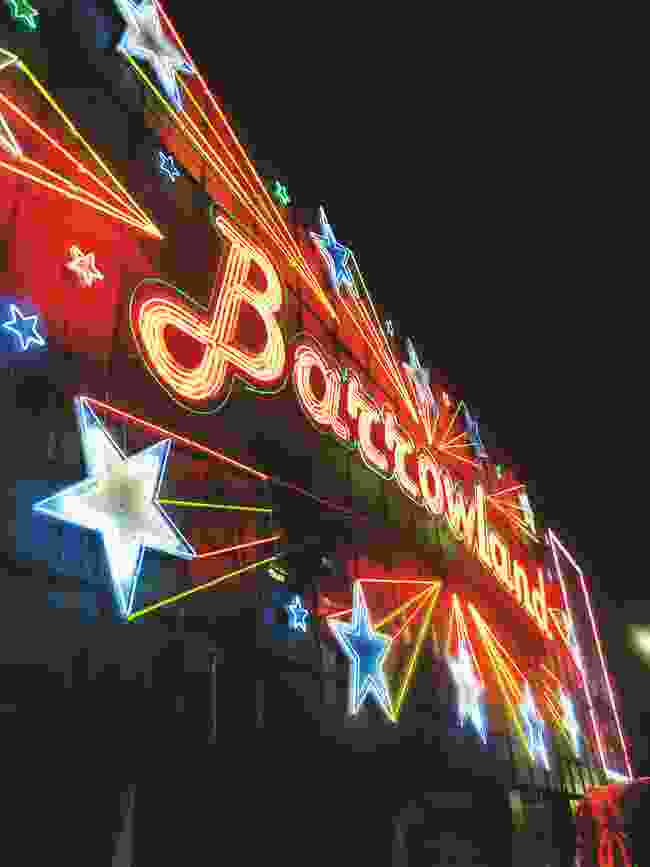 In the 1980s, the grand era of the Glasgow dance hall was over, and the famous Barrowland Ballroom faced an uncertain future. It was saved when local band Simple Minds chose this place of unforgotten dreams as the backdrop for a video. The music industry realised it was a unique concert venue, and Barrowland was given a new lease of life. The barrelled ceiling made for great acoustics.

The Glasgow audiences contributed atmosphere and a bit of edgy intimacy in the 1,900-capacity hall. Irish singer Christy Moore declared Barrowland his favourite venue, adding that it was ‘not for the faint-hearted’. Moore is not alone in his admiration. Arctic Monkeys and Alice Cooper, Blur and Blondie, Madness and Manic Street Preachers through to Amy Winehouse and The Waterboys – the alphabetical archive is a hall of fame.

When spaceman David Bowie took his Earthling tour there in 1997, he caught a falling star and put it in his pocket. One of the decorative stars on the ceiling fell off during the performance. Bowie purloined it, and kept it as a souvenir in the bathroom of his Paris flat. The Barrowland star then became a tradition, with the management thoughtfully decorating the dressing room with celestial facsimiles for visiting performers to steal. Scottish band Biffy Clyro made their mark by having their lyrics inscribed on the steps of Barrowland’s magical staircase.

Various big music venue operators have tried to buy Barrowland, but it remains firmly in Glaswegian hands. It was built in 1934 by legendary Barras Market founder Maggie McIver as a place to hold events for her stallholders. It soon became a hot spot for ‘the jiggin’, as Glaswegians called a night out at a dance hall. For three decades the resident band was Billy MacGregor and the Gaybirds. Something of a showman, Billy and his boys interspersed the music with comedy sketches. The fun continues.

4: Dance the night away at the Scottish Cultural Centre

No visit to Glasgow is complete without a night of traditional Scottish ceilidh dancing. (Pronounced ‘kaylee’, this is the Gaelic word for ‘party’.) The fast and furious 'Strip the Willow' involves a row of at least four couples taking turns to link arms, spin madly and hurl their partners at other dancers. The 'Dashing White Sergeant' is vigorous but not so wild. The 'Gay Gordons' is calm and elegant by comparison.

A great place to dip your toes into ceilidh dancing is at one of the weekly classes, with a live band, held in the fabulous Georgian church that is now a centre for Scottish music, song and dance. St Andrew’s in the Square opened in 1756 as the parish church for Glasgow’s wealthy tobacco barons. The design was closely based on London’s St Martin-in-the-Fields.

The merchants praised the Lord in an egregiously splendid setting, funded by fortunes gathered from usurious manipulation of planters in the American colonies and the shameful trade in slaves from West Africa. Glasgow’s Presbyterians were in a race to build the city’s first post-Reformation church against the Episcopalians, who were busy erecting their St Andrew’s-by-the-Green further down the same street.

The parishioners eventually abandoned their church as moneyed Glaswegians migrated to the west of the city in the 19th century. St Andrew’s and its handsome square became isolated in slum territory. The last service was held in 1993, and its future was in doubt. Then the Glasgow Building Preservation Trust stepped in to save the church and restore the adjacent Georgian houses in what is now Glasgow’s most beautiful and peaceful square. The interior of the church has been stripped of its Victorian additions and is a stylish setting for concerts, weddings and, of course, ceilidhs. 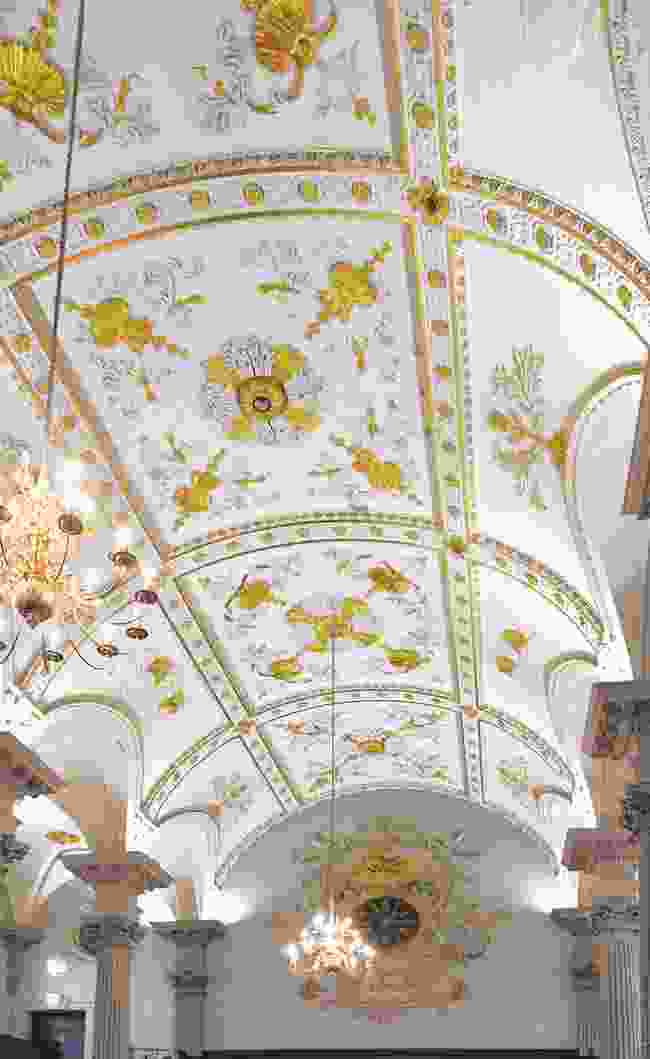 5: Walk amongst the living and dead at the Necropolis 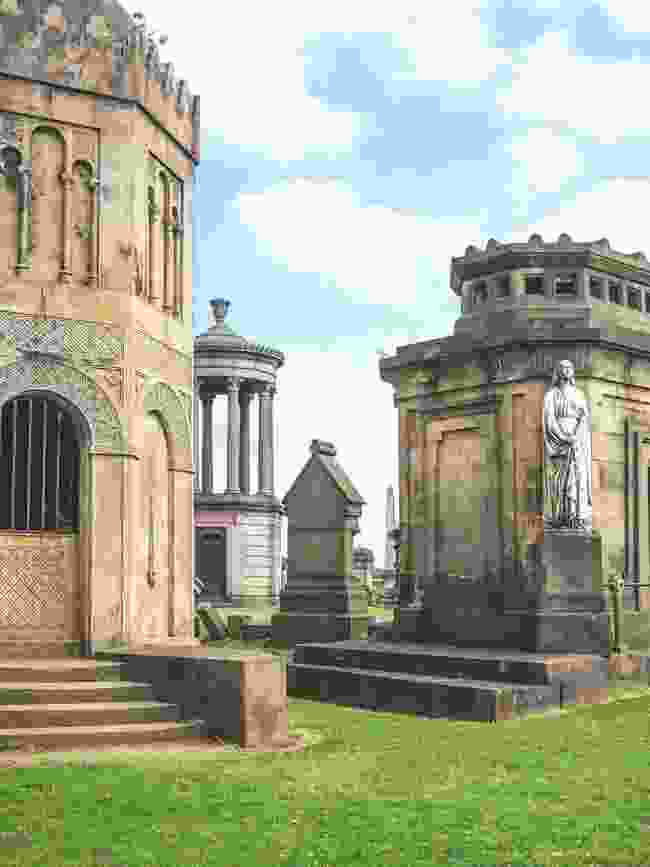 This hilltop cemetery with its extravagant mausoleums and tombs is often described as a city of the dead. But a walk along its meandering pathways reveals the Necropolis to be more of a celebration of the lives of its residents, many of them merchants, industrialists, scientists and artists who made Glasgow great. The Necropolis was opened in 1833 as a refined resting place. The required standard of architecture was set by The Bridge of Sighs at the entrance.

Many memorials reflect the wealth rather than eminence of the deceased. The grandest mausoleum, that of Major Archibald Douglas Monteath, was inspired by the Church of the Holy Sepulchre in Jerusalem. The major made his money in the British looting of India: a significant part of his fortune, it is alleged, came from the theft of an elephant-load of precious gems from a maharajah.

William Rae Wilson, whose mausoleum is an impressive domed oriental structure, spent his inherited wealth journeying through Palestine, Egypt and most countries of Europe, becoming a learned and popular travel writer. Some smaller memorials are worthy of attention. A Celtic cross for the city’s chief constable Andrew McCall was one of the first works of Glasgow’s most famous architect Charles Rennie Mackintosh, whose father was superintendent of police. The gravestone of James Henry Alexander, actor-manager of the Theatre Royal, is suitably decorated with a stage and proscenium arch.

John Knox dominates atop a massive column, which predates the cemetery. As the 'Chief Instrument under God of the Reformation in Scotland', he led its transformation into a Protestant country. Knox keeps a beady Presbyterian eye on the city, particularly Glasgow Cathedral, which his zealous followers were intent on demolishing stone by stone. Common sense finally prevailed against the magnificent building being destroyed in the name of religion. 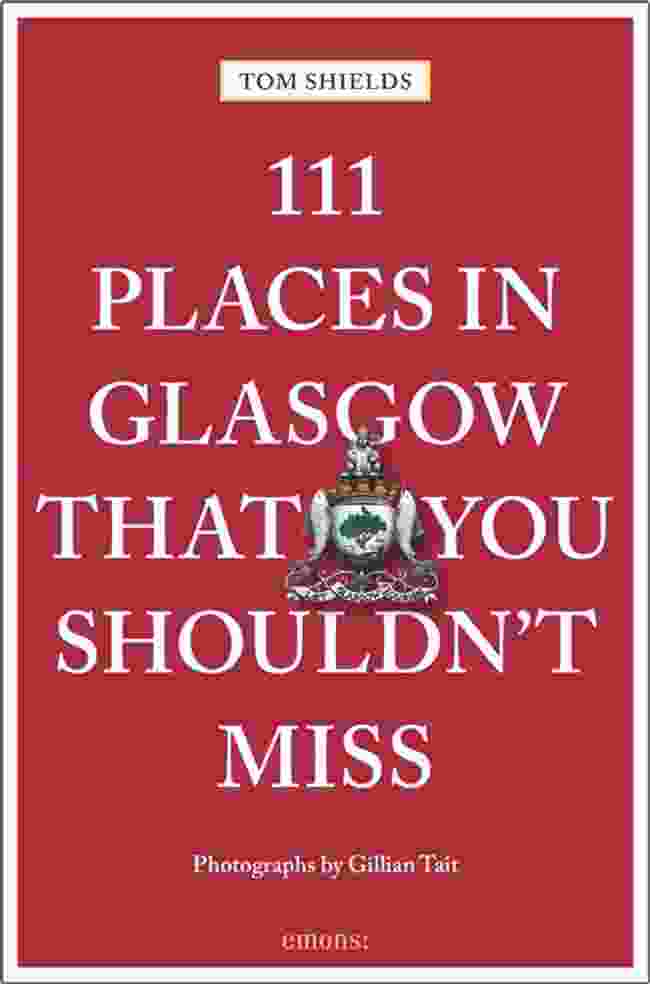 This is an extract from Tom Sheilds' new book, 111 Places in Glasgow That You Shouldn't Miss. It focuses on the interesting, unusual and under-appreciated sights in Glasgow, revealing curiosities that have spent years hiding in plain sight.