Poached: why international conservation efforts are failing to protect wildlife

Last week it was International Wildlife Day. Few people would have noticed. Even if the press had tried to paint this self-appointed occasion with a thinly optimistic brush, they would have failed. These recent weeks have been dreadful for wildlife, much of it close to home.

Just outside Paris a white rhino was butchered for its horn from a zoo’s enclosure. There was a shocking disclosure from another zoo, in Cumbria this time, about the death of a priceless Sumatran tiger cub, one of many fatalities there, via an insidious combination of neglect and hypothermia. In Kenya, one of only 30 massive tusker elephants, Satao ll, was killed by a poacher’s arrow. Every one of these harrowing examples was avoidable but the policing, let alone the prosecution, for such abuse, short changes at a sinful level. 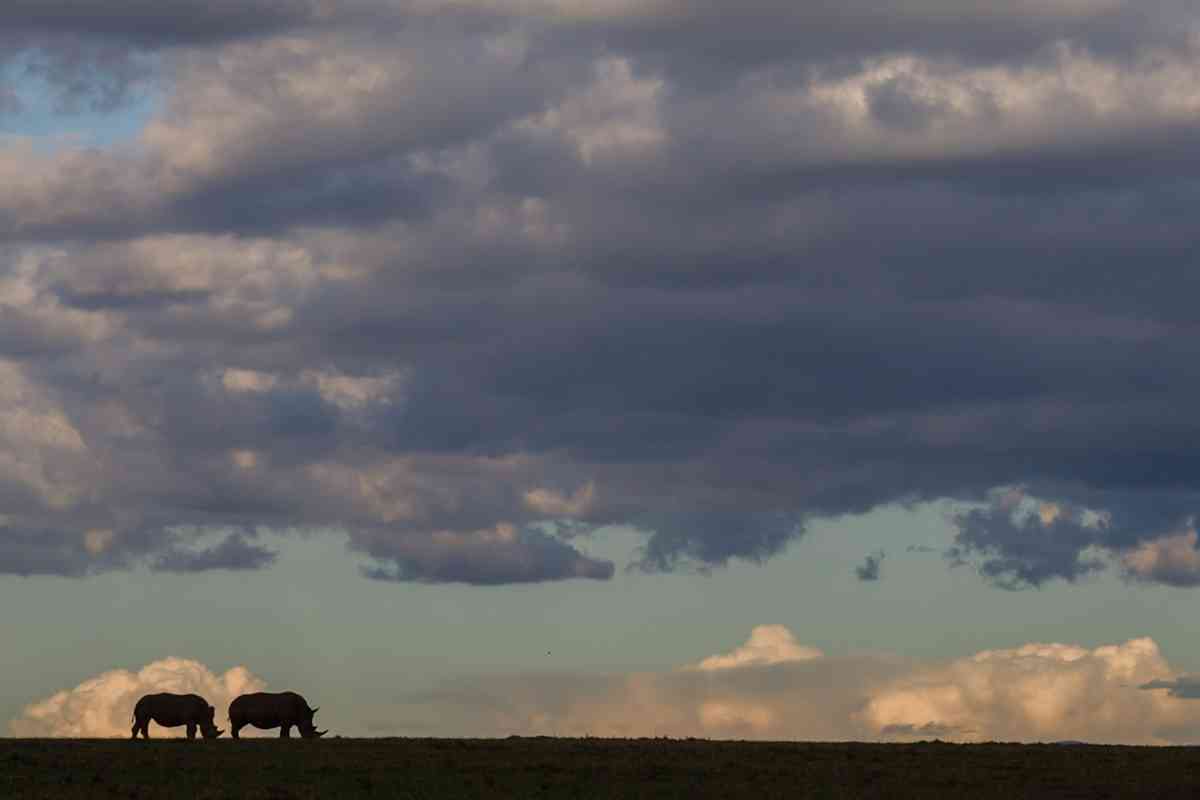 A pair of rhino in Ol Pejeta, Kenya (Paul Goldstein)

Zoos need proper monitors and they must have teeth, just like in some National Parks and Reserves. Every month, we hear of yet another endangered species being found incarcerated in unspeakable conditions. The fact that almost 500 other animals had died in the last four years, including one keeper in this sorry Cumbrian menagerie, really ought to have been a pointer to the authorities. Slapping a fine down rarely works. The whole place should have been closed and the owner given a grown-up custodial sentence.

Prosecution is a huge problem in all areas of society. The financial deviants that ran HBOS and RBS should have had to share long stretches in cells with tattooed Mr Bigs. They did not. The papers just bleated about whether the loathsome Fred Goodwin should lose his knighthood or not.

Last week, the grand wizard of Tanzanian poaching, the notorious ‘Devil’, responsible for the craven slaughter of over 1000 elephants was given just 12 years in jail, a sentence he is unlikely to complete.

In Kenya, a tough magistrate hit a poacher with five years for possession of a seemingly paltry 600 grams. This is unusual and although Kenya are tougher than most, these penalties have to be the rule not the exception and they have to stick.

Outside Paris, in perhaps the most shocking of the week’s litany of cases, a zoo was broken into, a rhino killed and its horn severed by chainsaw. This is not a usual occurrence in Europe and it would be wrong to blame security at the zoo, but what would be the penalty be if these criminals were caught? 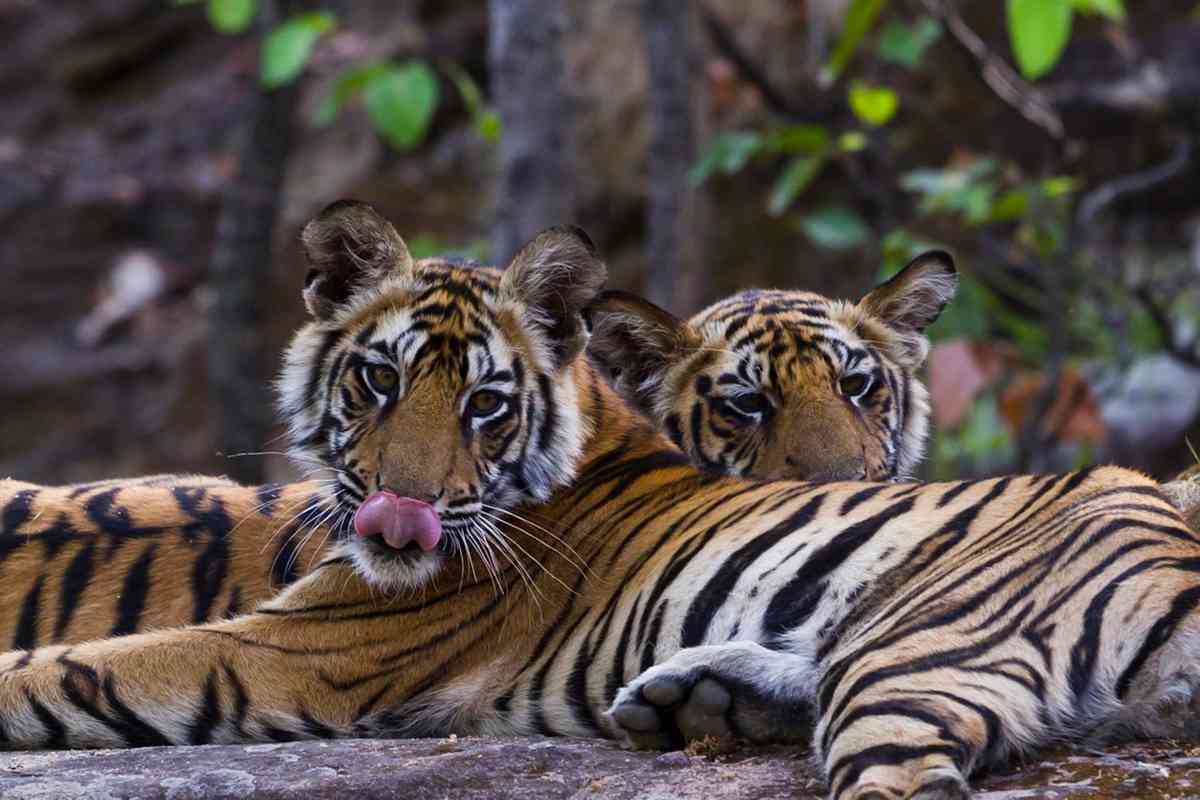 When an animal is slain, be it elephant, tiger or rhino, a few individuals benefit. The dead carcass of a Bengal tiger is worth perhaps $30,000. A live animal, playing a full innings, with several litters, all ancillary benefits considered, is valued at around $50m. A living elephant is considered to be 75 times more profitable than his or her chainsawed tusks on the black market. People travel a long way and spend a lot of money to view elephants, tigers and rhinos, but when they are gone, so the money will be too.

In 2015, over 40,000 elephants were poached. There are only around 400,000 left in the world. Their very real potential demise is simple mathematics.

The poaching genealogy has other sinister levels. In Africa, much of the ivory goes via Sudan. After a recent National Geographic investigation involving data chips impregnated in fake tusks, it was discovered some of the funds are now underwriting the likes of the LRA, Boko Haram and Joseph Kony, as well as many of Bashir’s butchers. Every 15 minutes, an elephant is killed and many of these tusks are financing hideous acts of terror.

Box office marquis species get plenty of funding but the whole way of Conservation thinking is flawed. It starts at the top. The WWF emblem is a panda, for God’s sake. Ask anyone if they have ever seen one in the wild and the answer is “no”. 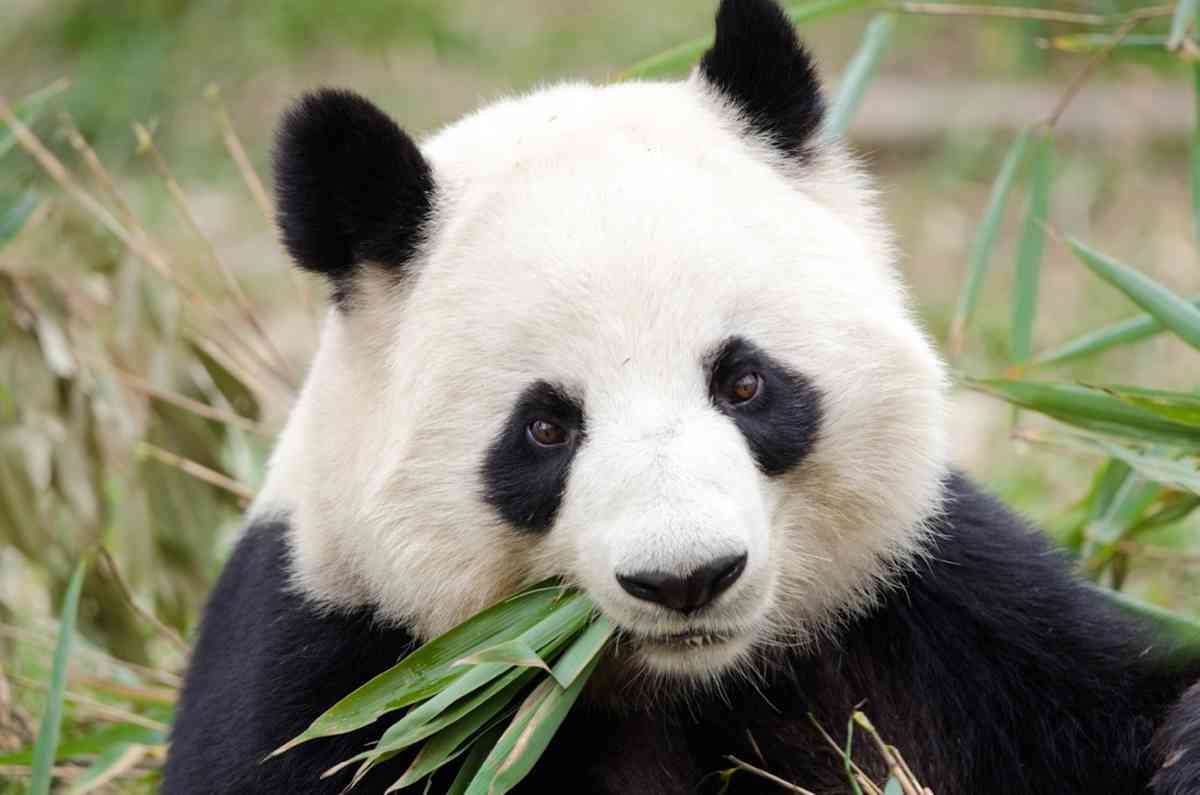 We should be directing money toward animals that have a chance of survival, not just a dated anachronism. Any panda you may see in a zoo is rented out as a commodity by the Chinese for £1m a year. They are not paying their way anywhere and if they can only survive in a few controlled areas in China, the country with the worst record on animal abuse, what hope is there for them?

It is easy to criticise the end users in Thailand, Vietnam and China but it will do little good. Wheeling out certain celebrities crying crocodile tears will have little benefit either. They must be much braver.

Prince William has used many opportunities to voice his muted views on Conservation, but, whilst I admire his ethic, I feel he is misguided. He has a not inconsiderable voice, which is being neutered, no doubt, by politicians protecting murky trade or arms deals.

Recently a very well known journalist told me he had been to “a big black tie dinner fund raiser and the Prince spoke for 15 minutes. No one could hear what he was saying and even if they could, they would not have listened.” 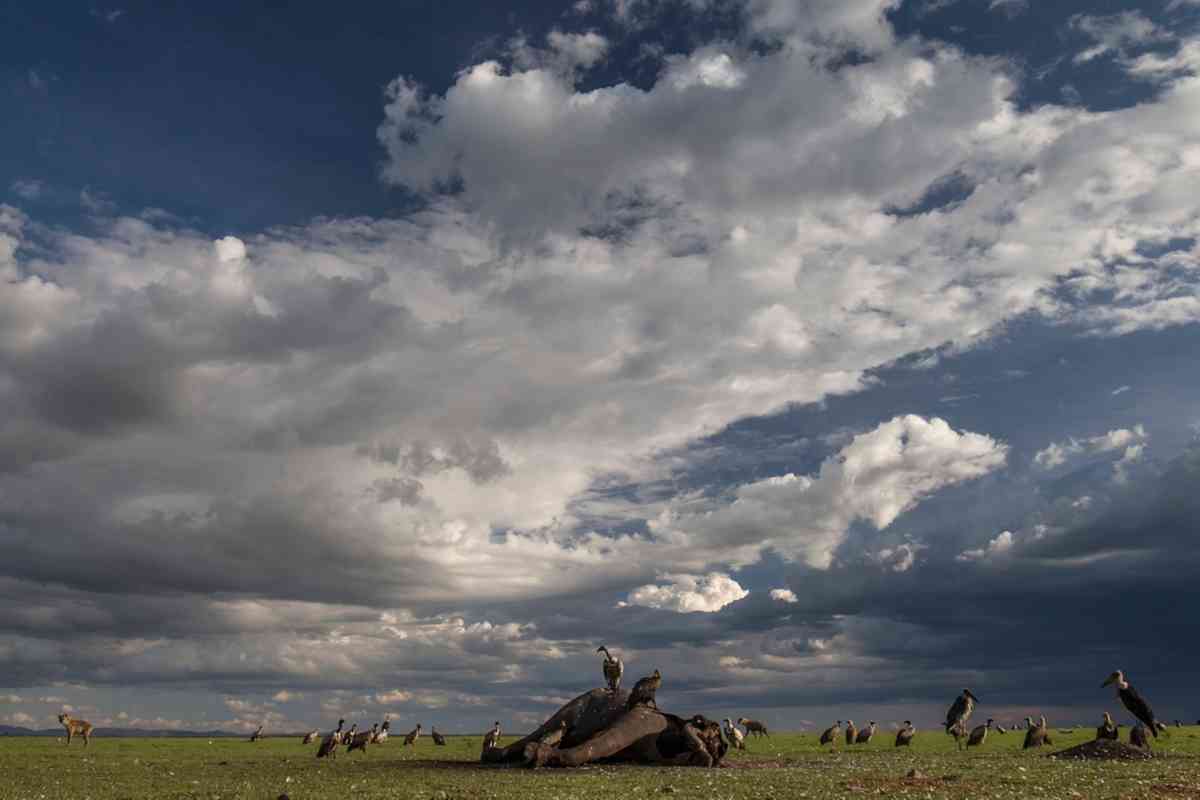 This sort of champagne, luvvie Conservation does not have enough backbone. Imagine if the Prince had told what he, and any fully paid up member of the human race, really thought, that despite rhino horn being dearer than cocaine, the thought of anyone using it to bolster flagging and flaccid libidos is frankly ridiculous. The world laughs at these filthy habits.

What he actually said recently is that “countries should curb their desire for these products.” That sort of anodyne critique will achieve nothing.

You need conviction and courage. Chris Packham is prepared to run the gauntlet of hunters’ rifles in Malta because he thinks the wanton slaughter of millions of songbirds an abomination. It is. Yet did any major network follow this crusader on this avian pilgrimage? Of course they did not. No doubt these ‘sportsmen’ just peddled out the hoary old excuse of “This has been done in my family for years.’”

This excuse of ‘tradition’ is hollow for several reasons and manufactured as a defence, particularly in the Far East. Firstly, the burgeoning Chinese middle class are not buying horn because it works. They buy it because it is expensive, a macabre badge of honour, nothing more, and even the humblest student of medicine knows it has no provenance.

This excuse can be broadened using other hideous examples: F.G.M. is traditional, but the butchery of young girls across many areas of the world should never be defended using this outdated word. It is child abuse. Ivory trinkets, powdered horn and tiger’s penis may be age-old remedies and playthings but it does not make it right. 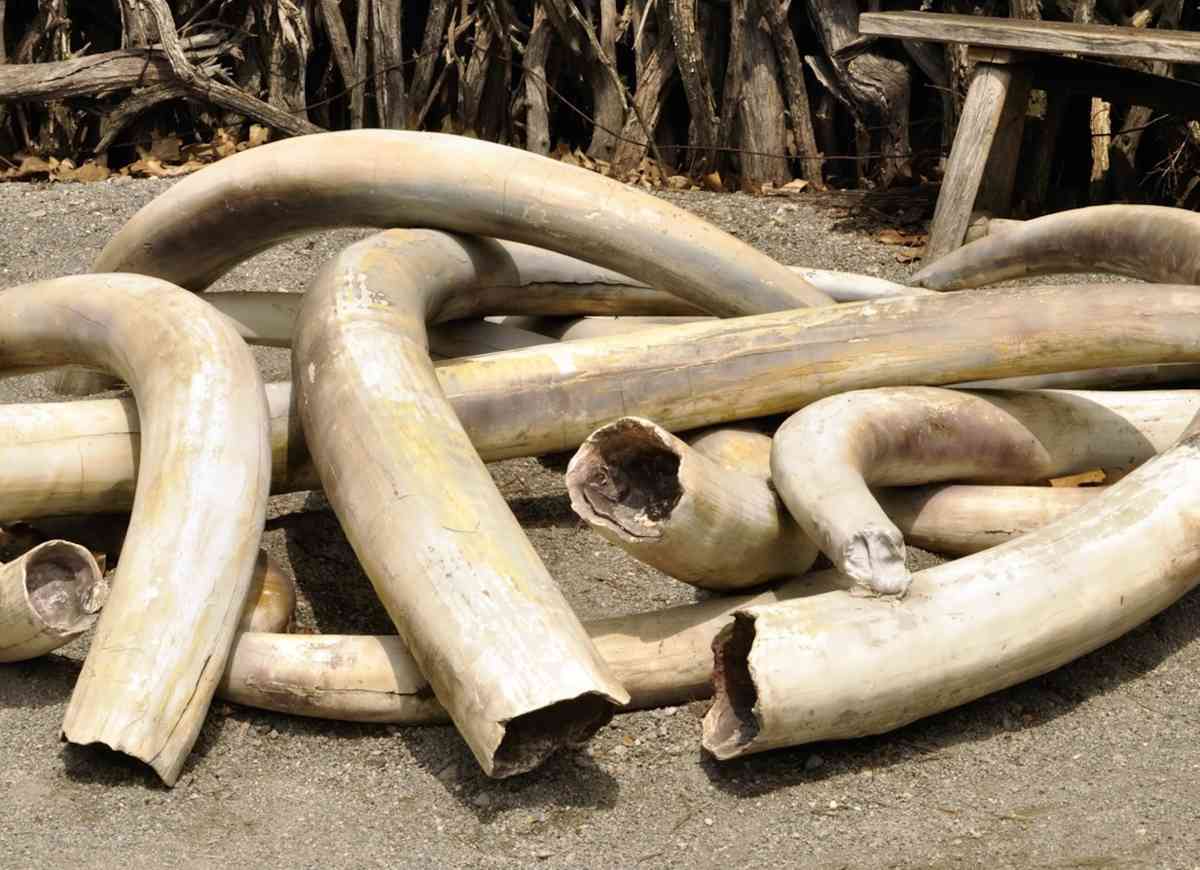 Last week, the Evening Standard spent considerable column inches on rhinos and elephants with much emphasis on education in China, claiming many do not understand an elephant has to be slaughtered so they can ‘enjoy’ their trinkets. I don’t buy this, nor do I add my hands to the applause for China for ending the domestic ivory trade next January.

Firstly: why can it not be done now? Secondly: why has it taken this long, despite disproportionate amounts of diplomacy? Thirdly: will this be appropriately policed or will it just drive it underground or to neighbouring Taiwan, Vietnam and Thailand? What are they doing about rhino horn too? There are loopholes that the Chinese are adept at adhering to. It is illegal there to kill a tiger for profit but it is not illegal to let it die.

Loopholes are not uncommon in this country. Astonishingly, despite several manifesto promises, antique ivory (pre-dated before 1947) can still be sold in the UK. ‘Antique’ becomes a dubious euphemism, as unscrupulous dealers will think nothing about ‘ageing’ their products for legitimacy. I’d like a full ban, please Theresa May, just as your flaky government promised. We say we are a nation of animal lovers. It’s time to prove it. A few museums and traders may suffer but the elephants have been for far too long.

Prosecution is critical. ‘Shoot on sight’ is a must for any National Park housing endangered animals. I notice that the director of Corbett in India recently was moved aside for insisting on this policy. This shows how pitiful Conservation efforts are in India. 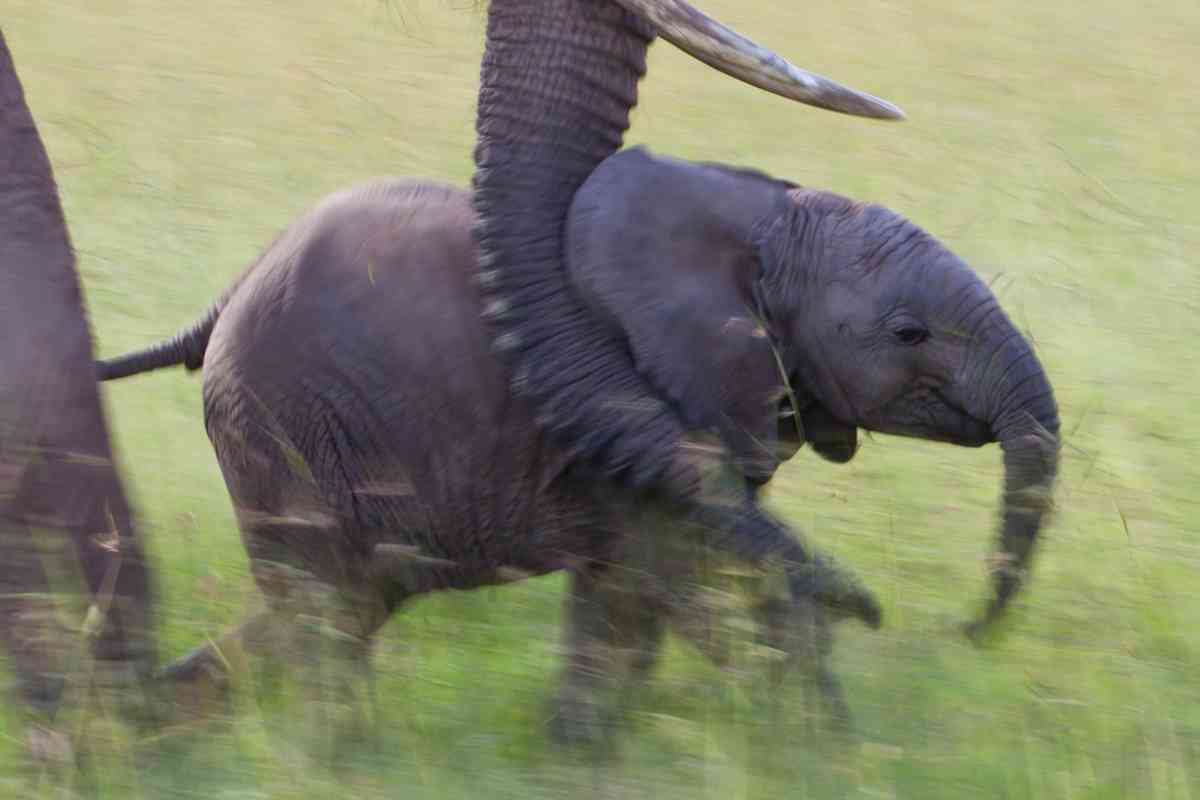 Whenever you despair, whenever you feel the fight is lost, you hear of saints doing extraordinary work. Born Free’s efforts with anti-poaching are admirable, as are several others, but these are often the exceptions. However, they should be enough to gird the lethargy and loins of any conservationist or wildlife fan.

I keep hearing of a Matabele ranger in Hwange. He has not been paid for years, yet looks after the campsite with the compassion of a doting parent. The toilets are spotless, the grass trimmed and the flowers tended to. He does this because not only does he have a remarkable and proud work ethic but he also sees the future quicker than many ‘money-today’ pernicious thugs who only see the present. He can't help the fact that his despicable President, with his equally insidious cronies, has pillaged his country, thrusting it back into the dark ages.

This ranger does this work only for a consideration from the scant tourists prepared to look beyond the scare stories and visit this jewel in Southern Africa. What this saint realises is what all conservationists must: these animals are huge meal tickets, but to keep their price free from deflation means keeping them alive, not dead on the slab. To do this will mean making a few enemies and telling a few home truths. Heroes like this Zimbabwean and others are delaying the last post, but the bugler is moistening his lips.

When you picked up the morning papers last Wednesday, those Parisian poachers were just returning to their hideout, their illicit and tainted Thoiry booty ready for its journey to the Far East. No doubt they then settled down to a celebratory breakfast of tea, toast and eggs. Poached.

Guide, photographer and presenter Paul Goldstein has raised over $200,000 for endangered Bengal tigers and is a constant champion of threatened species. See www.paulgoldstein.co.uk for more.

Main image: Tiger and cub in the wild (Dreamstime)