The UK's oldest and most awesome ancient trees

Their gnarled boughs tell stories of ancient battles, clandestine affairs and events that changed the course of history forever... It’s thought that this ancient yew on the Runnymede National Trust estate in Berkshire witnessed the sealing of the Magna Carta in 1215, making it the last living witness to a moment that changed the course of our world’s history forever.

It’s over eight metres in circumference, with giant hollows inside the trunk. Nearby, there’s a crumbled Benedictine priory, making for a scenic walk.

The Ankerwycke Yew is also said to have been witness to secret, romantic exchanges between King Henry VIII and Anne Boleyn in the 1530s. 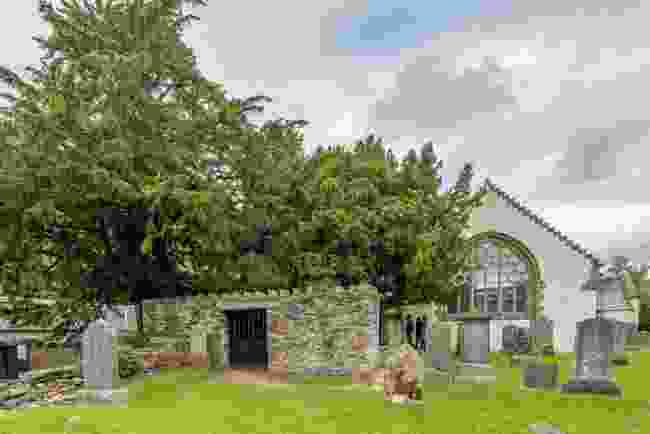 The tree is so large that historically, funeral processions are said to have passed through the arch formed by its split trunk.

The trunk has now split into several sections, meaning the yew no longer looks like a single tree but several clumped together.

Which came first, the tree or the church? When the dying branch of a yew tree touches the ground, the contact between the tree and the earth enables it to regenerate.

In pre-Christian times, the Druids believed yews to be sacred, due to this incredible ability to be almost immortal.

This notion of divine resurrection is thought to have passed on to the UK’s early Christians, who took it upon themselves to build their churches nearby the sacred trees.

Is it safe to visit these very old trees? Some of these magnificent old trees have been made vulnerable to root compaction due to high visitor numbers.

To travel responsibly, admire them from a distance, and avoid crossing any protective fencing that has been installed around them for a reason. 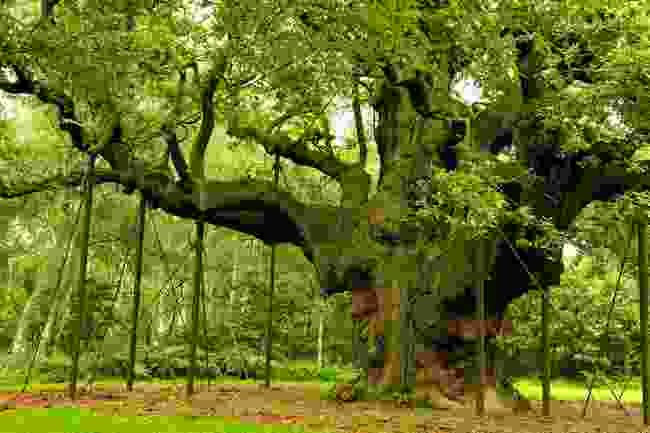 Major Oak is truly the stuff of legends. Its roots are set deep into the 450-acre Sherwood Forest in Nottinghamshire, famously the stomping ground of the world’s favourite outlaw, Robin Hood.

The English oak is estimated to be up to 1,000 years old, and said to weigh up to 23 tonnes, with a massive girth of 10 metres, making it the biggest oak in the UK. Its immense weight now requires it to be held up by poles. 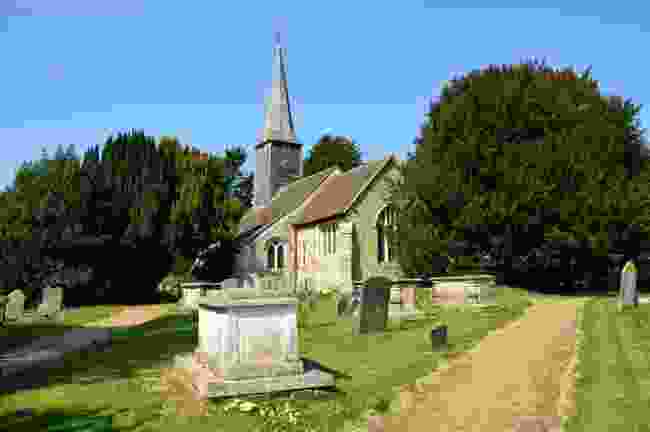 Another tree that’s over 1,000 years older than the churchyard it inhabits. The Crowhurst Yew, in the grounds of St George’s Church in Surrey, bears all the signs of a tree that has seen it all through its lifetime.

In the early 19th century, the landlord of a local pub hollowed out the trunk of the immense tree to create a secret dining area - inside a table and chairs were placed, and the hollow was fitted with a fairytale-like wooden door.

At the time the yew was hollowed, the landlord discovered a cannonball lodged deep inside the trunk. Legend has it, during the Civil War of the mid-17th century, the cannonball was fired during a nearby battle, and it embedded itself deep into the yew tree. 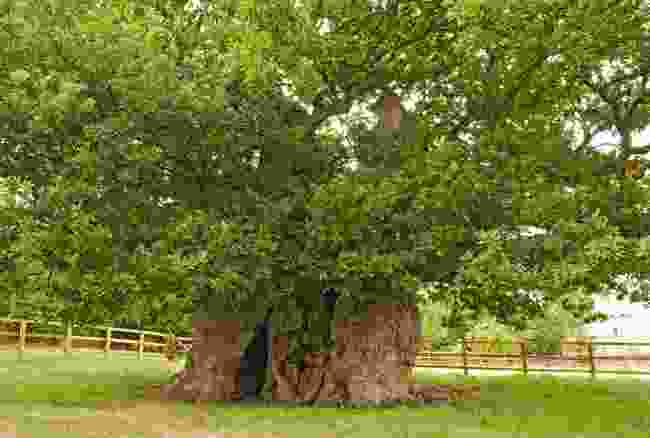 Known for its immense 13.5 metre girth, the 1000-year-old Bowthorpe Oak in Lincolnshire is another hollowed out specimen that was once used by locals for al fresco dining and small parties. Locals claim that 36 people managed to squeeze inside for one such get together. An annual tea party is still held inside the tree for the children from the local chapel.

Located on a private farm, the Bowthorpe Oak can be visited only at certain times. Up until recently, the farm’s livestock were known to take shelter inside the oak’s giant hollow, however a fence has now been installed around the circumference of the tree in order to preserve its health. 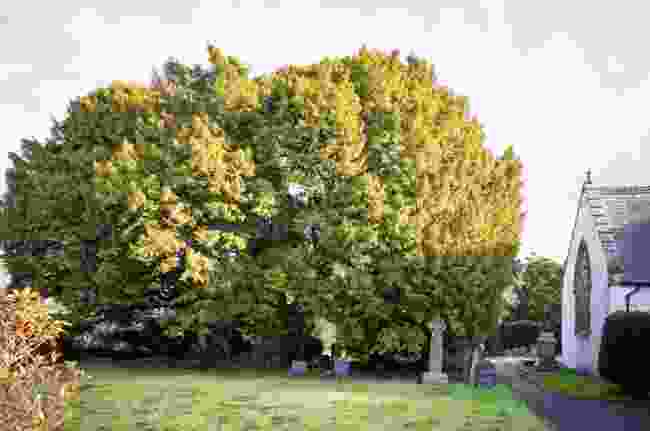 Though it’s difficult to tell the true age of this tree that has fragmented so much over time, experts believe that the Llangernyw Yew of Conwy, North Wales could be up to 5,000 years old.

According to local folklore, a spirit known as Angelystor occupies the tree; every Halloween it states the names of the locals who will meet their demise the following year.

Trace the history of your local area and beyond by checking out the Woodland Trust's ancient tree inventory and map.

Check out more of the UK's natural wonders:

10 top trips to discover wildlife and nature in the UK

9 extraordinary volcanoes you must visit in the UK