Think it’s more fly-and-flop than city break? Head to the Balearic island’s capital in search of good food and the perfect winter escape

Mention a visit to Mallorca to many travellers and they’ll probably balk at the idea. The biggest of the Balearic islands has become synonymous with the rowdy resorts of Magaluf, so many people give it a wide berth. But they’re really missing out.

While there’s no denying that summer does draw the masses to the beaches, there is plenty more to discover here. With an impressive mountainous interior, wild and undeveloped north coast, and a proud and burgeoning gastro scene, the island is well worth a second look – in particular the city of Palma. Thanks to more frequent winter flights being launched from London to Palma by British Airways (flight time just over two hours), the city provides an accessible option for an off-season foodie break. 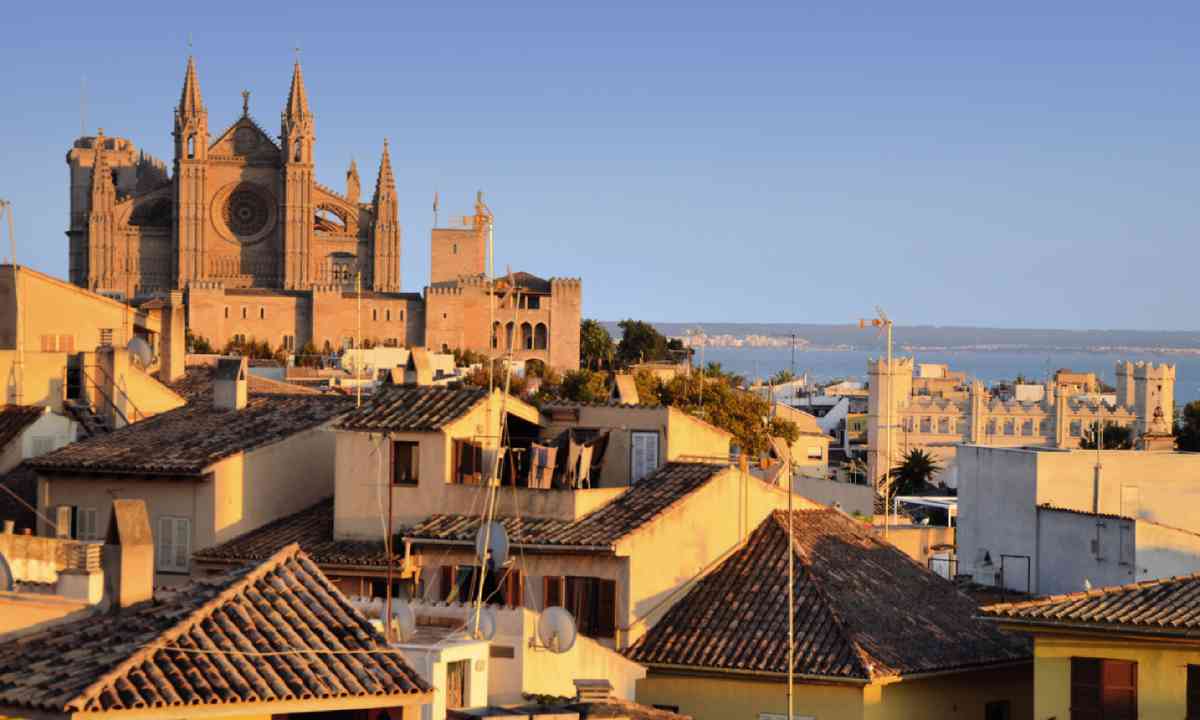 Mallorca is believed to have been inhabited since around 5000 BC. Palma was founded by the Romans in 120 BC; later, it was taken over by the Muslim Moors for hundreds of years, before being claimed by the Christian Catalonians on New Year’s Eve 1229. It’s primarily their influence still felt today – there are churches on nearly every street corner and the local Catalonian dialect is spoken. However, architecturally, culturally and gastronomically, Palma offers a fusion of Western and Middle Eastern sensibilities.

Dominating the skyline are the massive cathedral (La Seu), which sits on the site of the former mosque, and the adjacent Palacio Real de la Almudaina, the former palace of the Moorish leaders which was repurposed for Mallorcan royalty. Looking at them rising above a palm tree-dotted lake, you’d be forgiven for thinking you were in Arabia rather than Spain. This feeling is enhanced by a visit to the Banys Arabs (Arab Baths) and the medina-esque maze of alleyways and backstreets that make up the Old Town. 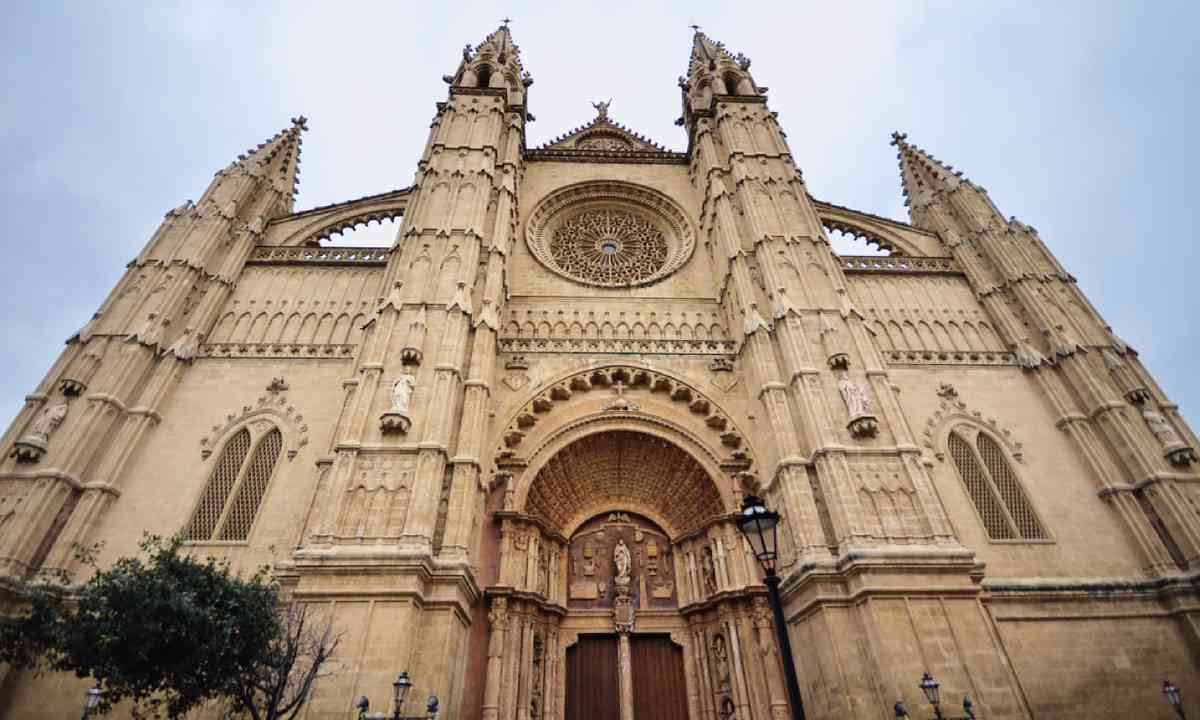 Though you’ll come for the sites you’ll want to stay for the food. It is also influenced by the past – for instance, try the ensaimadas, a swirled pastry, often sweet sometimes savoury, which can trace its roots to an Arabic recipe. However, there are modern flavours too, and a massive push for local food sourcing, with food coming direct from the farms and the sea. As such there are myriad markets where can buy your seasonal veg, fish and spices, and have them cooked up in the same place. There’s a growing choice of island wines to sample with your meal too.

The renewed interest in food has also attracted world-class chefs. Palma is home to a Michelin-starred restaurant and one of the city’s residents has just been named the Top Chef in all of Spain on a popular TV show. Add to that a mild temperature and lack of crowds in winter and it’s the perfect place to escape for a few days. Just don’t tell anyone... 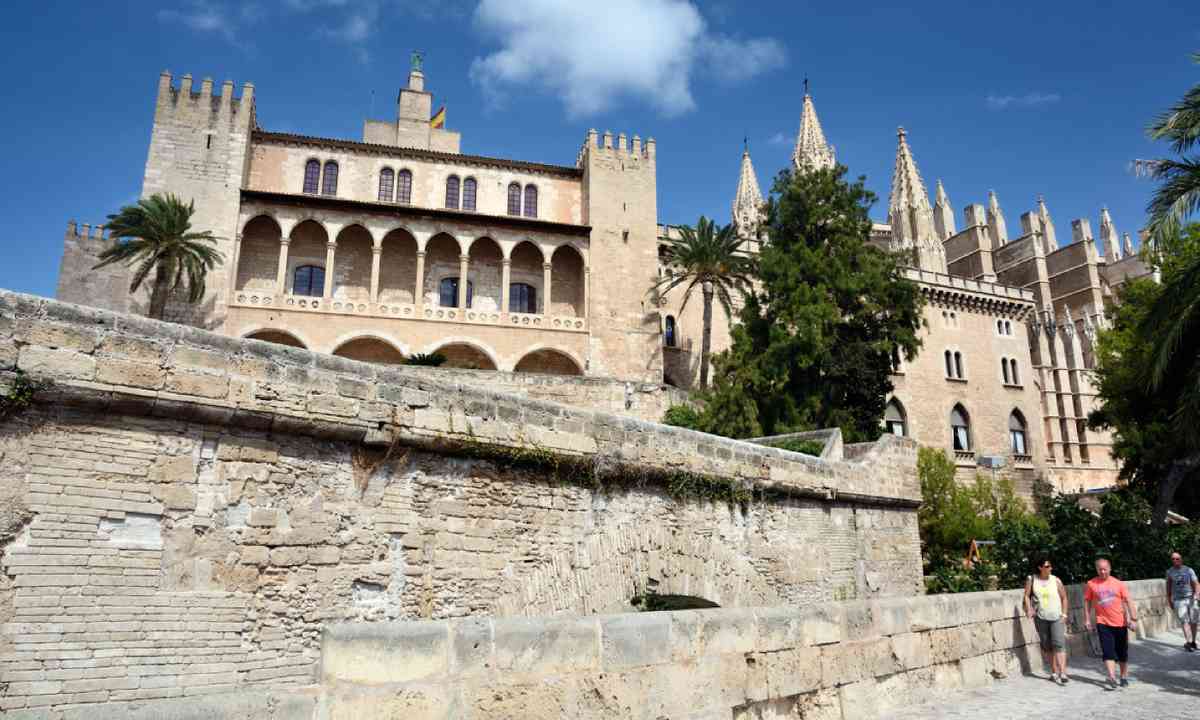 When to go: Palma is perfect for a city break year-round. However, to escape the crowds and excessive heat it’s best to avoid July-August. Spring (May-Jun) and autumn (Sept-Oct) see temperatures average around 20°C, and there are fewer tourists than in the summer months. To get most sites to yourself, head to Palma in winter (Nov-Mar). Temperatures still hit double figures and securing tables in the good restaurants is much easier.
Getting there & around: British Airways flies year-round from London City to Palma, with four flights a week during winter and up to two flights a day in the summer. Prices from £110 return; flight time 2hrs 25 mins. Bus 1 runs from the airport into the city (every 15mins; €1.85 one way). Taxis are also available. Palma is very walkable. Buses serve sites a little further out of the city. Buy a Palma Pass, available in 48, 72 and 120 hour durations. It covers entrance to 36 museums and cultural sights, and includes free travel on downtown buses.
Where to stay: Hotel Can Cera is located in the historic old city centre close to all the main monuments – not to mention some of the city’s best cafés and restaurants. The building dates back to 1232 and features a mix of period furniture with modern touches and a pati (traditional courtyard) where breakfast is served. If you’d prefer sea views then opt for its sister property, Boutique Hotel Calatrava. It’s just a few minutes walk from the cathedral, the Almudaina Palace and the main shopping centre. Rooms for both are from €180 (£130) in winter, €225 (£162) in summer.
What to eat: For breakfast be sure to have a coffee with a traditional ensaimada – the local pastry can be found in all good bakeries.
Further info: Check out visitpalma.com

Head straight for the San Juan Gastronomic Market in the S’Escorxador cultural centre. Formerly the city’s slaughterhouse, it’s now home to 17 food stands so you can give yourself a culinary introduction to the island, tapas style. Meat eaters should try sobrasada (a spicy, spreadable sausage). Vegetarians can opt for cocas (aka Mallorcan pizza), a pastry base topped with fresh tomatoes, olive oil, onions and peppers. Both should try croquetas, breaded and fried white sauce stuffed with ham, mushrooms, cheese or fish – all of them delicious. 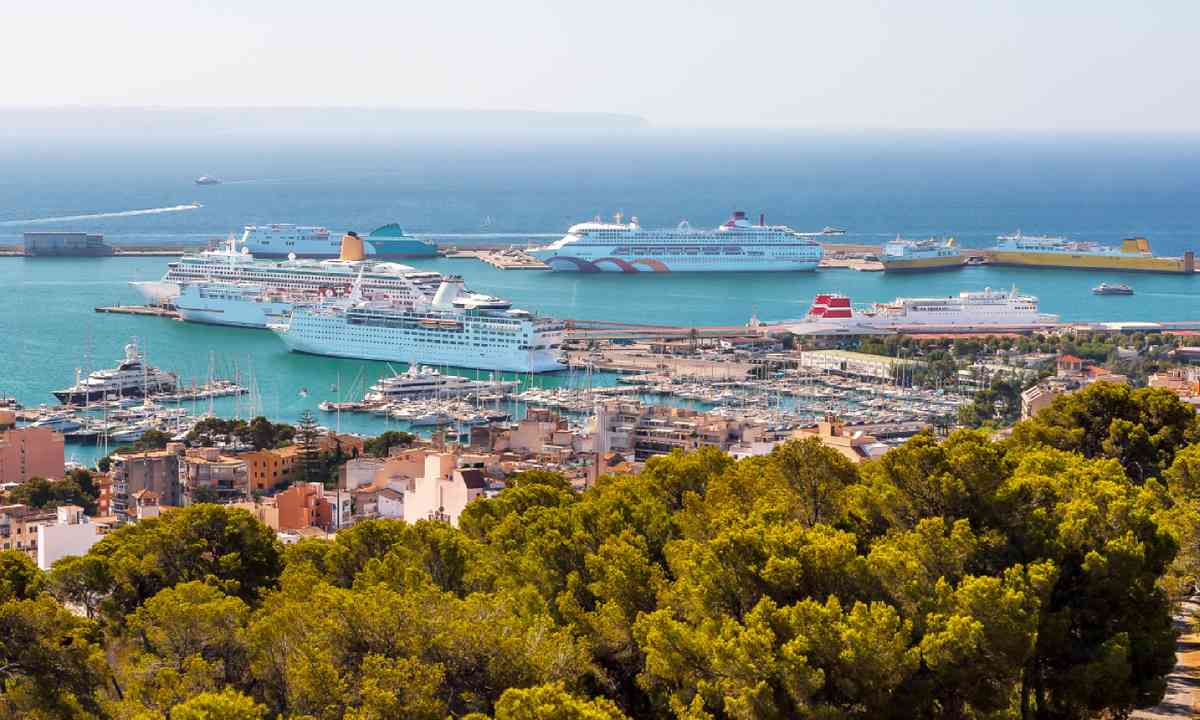 Walk off the food with a wander around the old town. Check out the Catedral de Mallorca with its Gothic flourishes – inside and out – and occasional Gaudí fingerprints. Also visit the Palacio Real de la Almudaina, home to rulers and royalty over the ages; they’re still uncovering relics from the Muslim era here.

End the day by treating yourself to a meal at Michelin-starred Simply Fosh, based in an old convent. Set tasting menus (all seasonal) start from €26pp (£19).

Start the day with a coffee at Café Sant Andreu (Plaza de Cort, 14) where old photos of the town adorn the walls. From there, check out City Hall and the famous olive tree – hundreds of years old but still bearing fruit.

Head north to reach the central square, Plaza Mayor, where street performers often gather. Continue on Sant Miquel to the Mercat de l’Olivar. Tour the stands to check out what’s in season – in winter it’s truffles, olives and, as always, fish. You can watch the fishmongers prep the seafood. Buy anything you fancy and then take it to the stand where chefs will cook it for you. 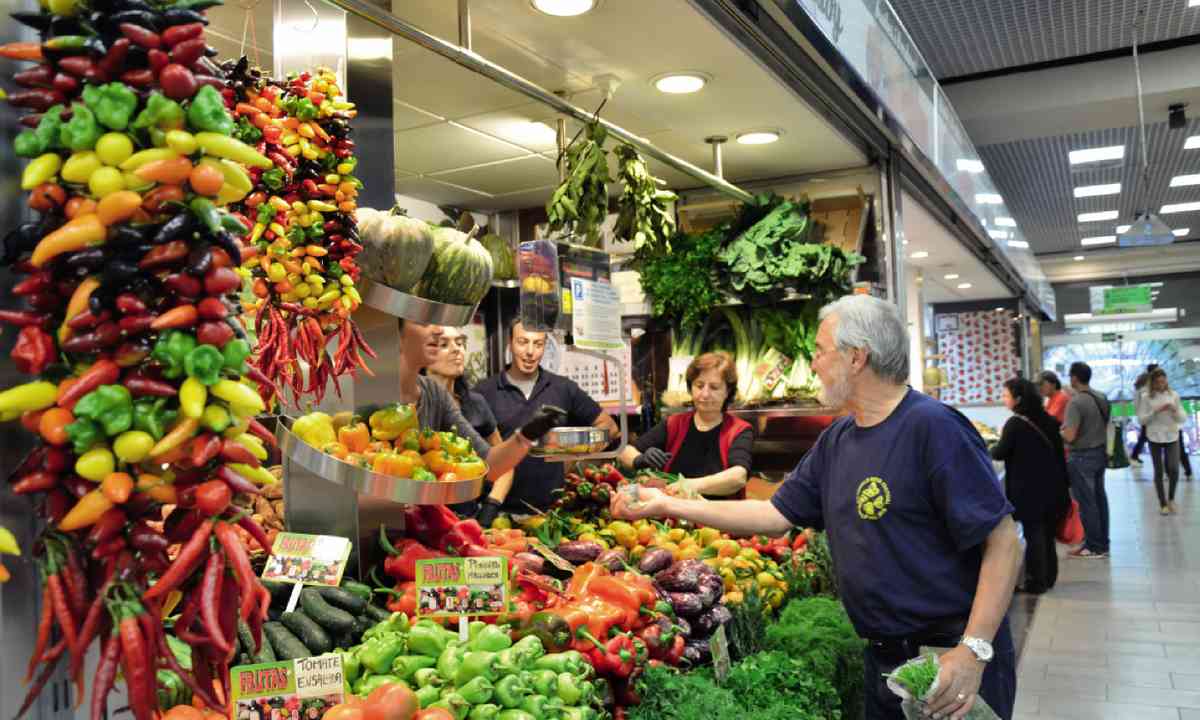 When you’ve had your fill, follow your nose and explore the backstreets and boutique stores around the town. Wander down La Rambla and gawp at the prices in the designer shops on Avinguda Jaume III. Be sure to stop in at C’an Joan de S’Aigo (Can Sanc) for a Mallorcan hot chocolate so thick you use a spoon and dipping bread.

Rest up with a siesta then head for dinner at La Rosa Vermutería, a funky old-fashioned-styled bar offering tapas and market food in a cosy atmosphere. End with a nightcap at Ginbo (Paseo Mallorca), a popular gin cafe, open until the early hours.

After all that food it’s time to do some walking to burn off some calories – after grabbing an ensaimada from Forn des Teatre (Placa de Weyler, 9), of course. Head west, bound for the Cala Major area (you can take a bus). En route, stop at the oldest market in Palma, Santa Catalina, where you can pick up snacks for lunch.

Follow the waymarked walk up to Castillo de Bellver, the 14th century palace. It’s a little steep but the views from the top back down to Palma more than make up for it. Then head downhill for a more artistic view at Fundació Pilar y Joan Miro (Cerro de Saridakis, 29), where you will see paintings and sculptures by the Spanish artist as well as his studio, which hasn’t been touched since his death in 1983. 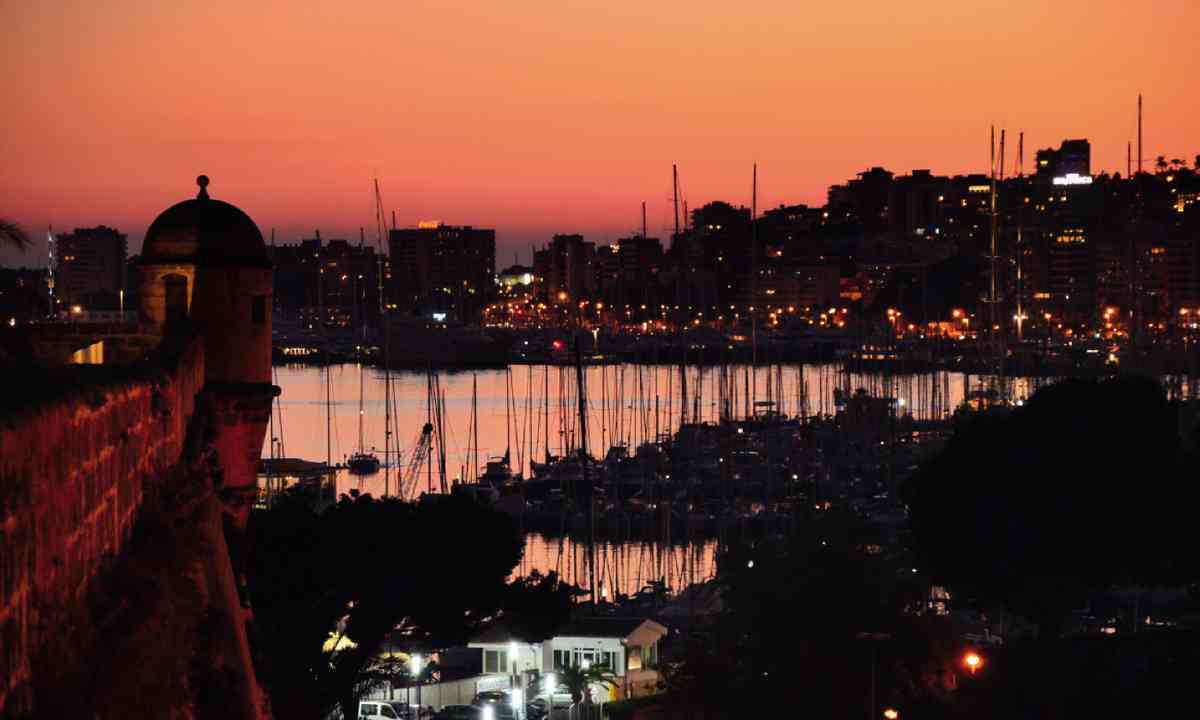 It’s a 5km walk back to town, but you’ve got time so wander along the seafront watching the yachts come and go in the harbour. Stop at Museu d’Art Modern (Plaça Porta de Santa Catalina, 10). The artwork is good but better is the roof where you can walk the old stone fortifications and watch the sun set over the city. End at the restaurant below, where you can dine on the sea-view terrace to end your trip (fittingly) with a true visual feast.