A magical place of ancient castles, unspoilt sandy beaches and sweeping moorland, we reveal the secrets that made Northumberland your top-rated UK destination in the Wanderlust Reader's Travel Awards

1: It has the darkest skies in Europe

The skies are best watched from one of the park’s purpose-built observatories. Kielder Observatory sits in the heart of the park and is open all year round. Winter nights are best for viewing deep sky objects like galaxies, while summer opens up the world of comets, shooting stars and the Milky Way. It is also possible to see the sun using the observatory’s telescope.

The Battlesteads Dark Sky Observatory offers talks, activities and courses for those who want to delve deeper into the world of astronomy.

2: It is a birdwatching paradise 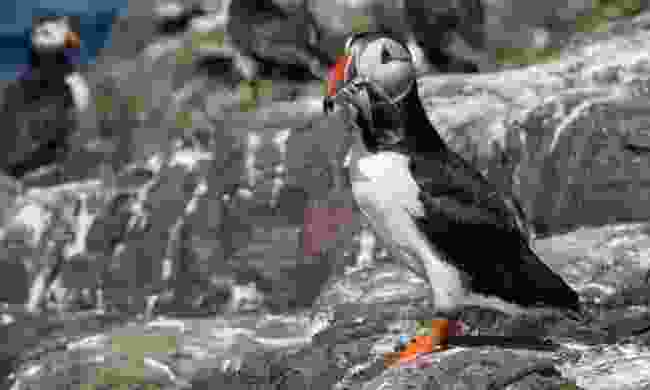 A puffin on the Farne Islands (Dreamstime)

The sheer diversity of the Northumberland landscape makes for some of the best birdwatching in the United Kingdom. From mountainous moorland and heather-clad hills, to ancient woodland, rocky cliffs, sweeping sands and expansive mudflats, Northumberland is home to rare species and breeding colonies of international significance.

The Farne Islands, scattered a couple of miles offshore from Seahouses, are an excellent place to view seabirds at close quarters. It is home to over 37,000 pairs of puffins and hosts large colonies of shag, kittiwake, guilliemots, black-headed gulls and three species of terns.

The Bakethin Reservoir at the northern end of Kielder Water is a superb place to view raptors, including goshawk, buzzard, sparrowhawk and kestrel. Recently declared a nature reserve, it is also possible to spot green woodpecker, singfisher, siskin, crossbill and goosander.

3: It has more castles than any other county in England 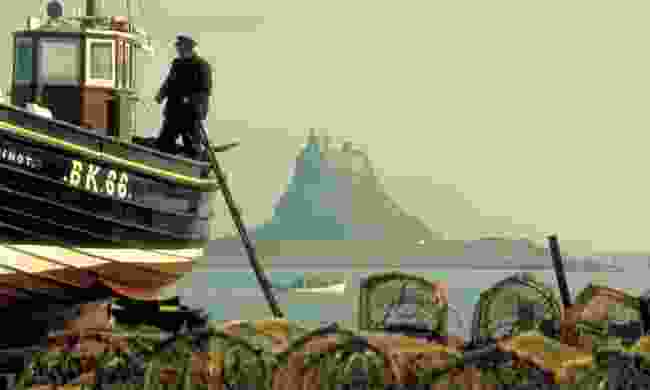 As a buffer between England and Scotland, Northumberland’s very geographic location has shaped a history of violence and conflict. The border town of Berwick-upon-Tweed has changed sides 13 times alone.

The legacy of this embattled past can be seen across the entire county. Hadrain’s Wall snakes across high volcanic ridges for 73 miles, a reminder of the Roman invasion, 2,000 years ago. Banburgh Castle dates back to the 6th Century and has stood against Vikings and Normans alike. Dunstanburgh Castle was the focus of fierce fighting during the War of the Roses. Alnwick Castle is the second-largest inhabited castle in the country and has found fame of late as Hogwarts in the Harry Potter movie and Brancaster Castle in Downton Abbey.

The most atmospheric castle in Northumberland, however, has to be Lindisfarne on Holy Island. Reached only at low tide, when a cobbled causeway is revealed, it sits upon a whinstone crag, buffeted by the North Sea.

4: It is home to the UK’s most popular cycle routes 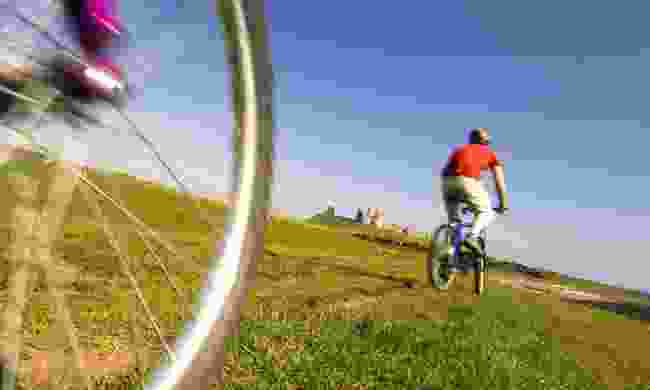 The Sea to Sea cycle route is a 140-mile cycle route from Whitehaven in Cumbria to Tynemouth that crosses the Lake District and the Pennines and takes in the best of Northumberland. It is the most popular long distance cycling route in the country. Close to 15,000 cyclists a year dip their back wheel in the Irish Sea and their front tyre in the North Sea.

Northumberland wild open spaces are popular with mountain bikers too. The county boats over 100 miles of purpose built trails, including the Deadwater mountain bike trail in Kielder Water and Forest Park.