Explore wintry landscapes by day and spy cosmic wonders by night. Take your pick from our list of ultimate northern lights escapes...

1: Admire the lights from the comfort of a chalet in Canada 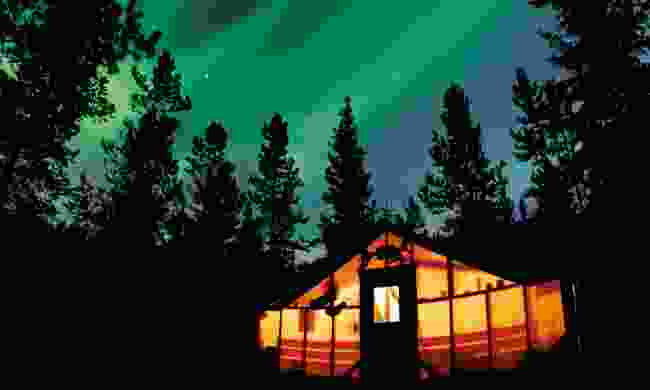 Enjoy a full-on aurora borealis experience on Magnetic North Travel’s Yukon Northern Lights Holiday in a Glass Chalet itinerary. With floor-to-ceiling wrap-around windows, a trio of new chalets – the first in the Yukon – offer the chance to spy the dancing lights without even stepping outside. To avoid cabin (or chalet) fever, join nightly guided aurora-viewing sessions, ride a husky sled through the surrounding tundra, and visit the Yukon Wildlife Preserve to spot caribou, lynx, moose and muskoxen.

2: Explore the Arctic by husky sled in Norway 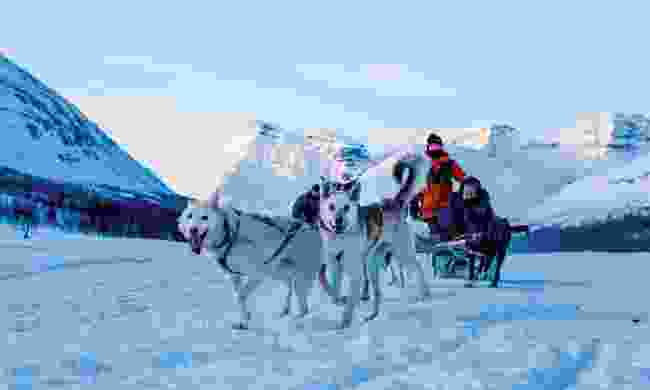 The swoosh of runners on fresh snow, the panting of huskies, the crisp Arctic air – dog-sledding is the perfect way to roam Norway’s frozen north. On Best Served Scandinavia’s Wildlife, Huskies and Northern Lights on Sommaroy tour you’ll explore Tromso and sled forest trails before spotting reindeer, sea eagles and (hopefully) the aurora on Sommaroy Island.

3: Board an aurora-spotting flight in Finland 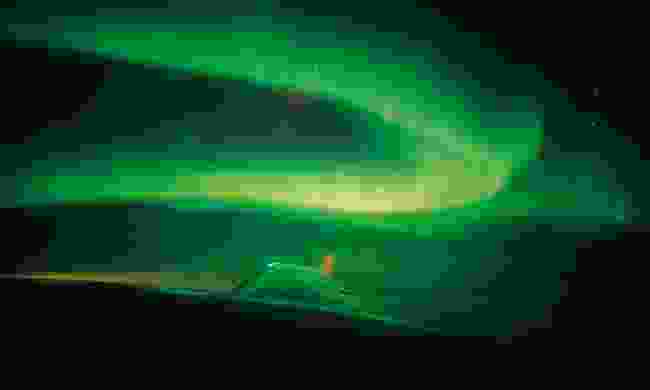 Northern lights spotted from a plane window (The Aurora Zone)

Take your northern lights spotting to new heights – literally – on The Aurora Zone’s Rovaniemi – Aurora Hunting at the Arctic Circle Wilderness Lodge trip. Based at a rustic, wood-beamed lodge, you’ll explore pristine forests by snowmobile and head out on an evening snowshoe hike to hunt for the heavenly lightshow – adding a flight on a private jet to soar above any clouds and maximise your chances of viewing the phenomenon.

4: Photograph sights and the northern lights in Iceland 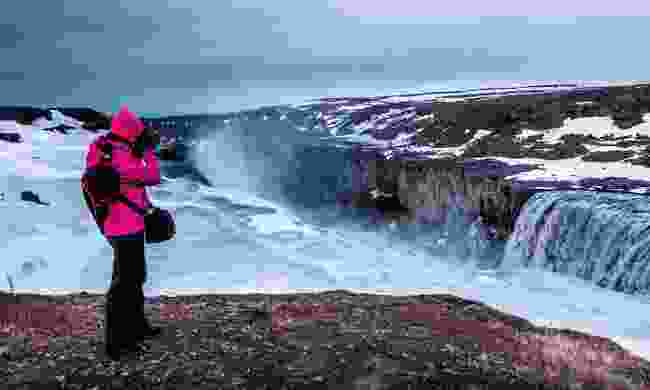 5: Watch the aurora all day long in Norway 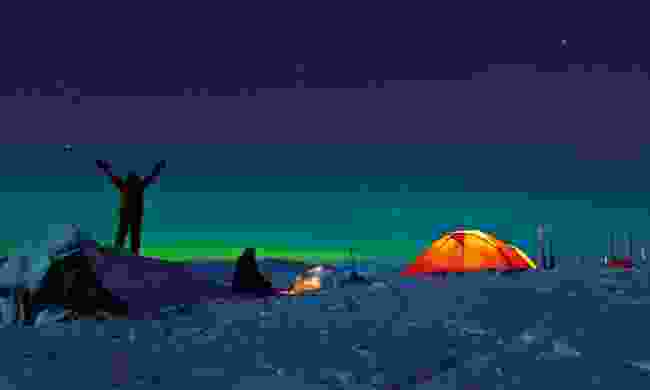 Camp under the northern lights (Off The Map Travel)

Above the Arctic Circle in midwinter, the sun never rises, providing the possibility of round the-clock northern lights watching. Off The Map Travel’s All Day Aurora tour heads to Longyearbyen on Spitsbergen, where between November and January you might spy the spectacle even during your daytime dog-sledding adventure. You’ll also explore ice caves, camp out in the Arctic wilderness and roam the wilds on the back of a snowcat on the hunt for the aurora.

6: Steer your sled across the wilds of Greenland 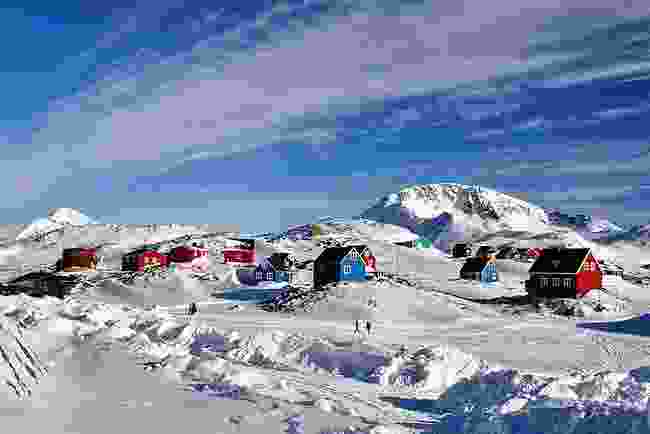 Join indigenous Inuit dog-sledders and mush your own husky team past the glaciers and through the snow-clad mountains of Ammassalik Island on Regent Holidays’ East Greenland Dog Sledding Expedition. Snowshoe to high ridges and drink in views of frozen fjords before bedding down among the colourful clapboard houses of tiny Tiniteqilaaq as icebergs drift past, heading out after dusk to hunt for the aurora in the silent wilderness. 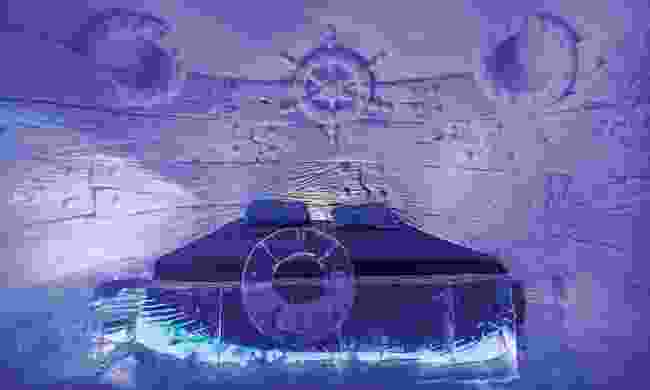 Have an igloo adventure (Wild Frontiers)

The Arctic north is awash with animals and activities, as you’ll discover on Wild Frontiers’ Snow Hotel at the Top of the World adventure. Based in Kirkenes, you’ll try your hand at dog-sledding, catch and cook king crab in the Barents Sea, and explore the vast tundra by snowshoe or on a snowmobile. For the (iced) cherry on the cake, spend a night in a beautifully carved igloo, nipping out to peer into the sky for nocturnal glimpses of the aurora.

8: Sail among icebergs and vast fjords in Greenland 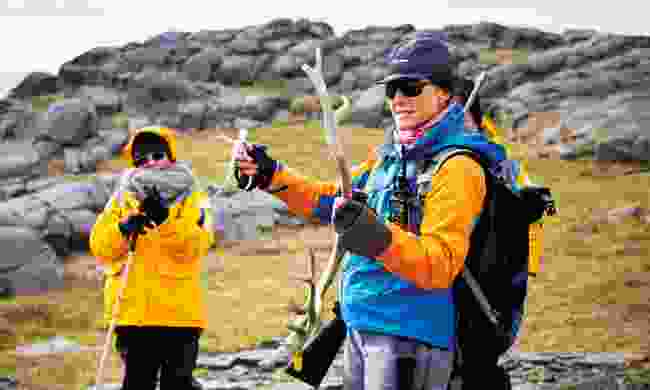 9: Spot sealife and scan the sky in Iceland 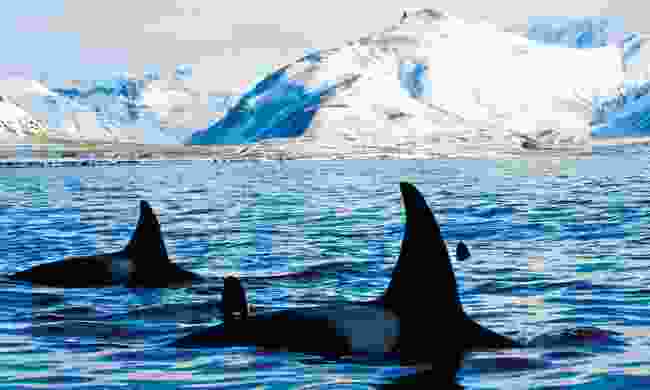 Spot orcas off the coast of Iceland (Discover The World)

In winter, thrillingly large pods of killer whales hunt herring off Iceland’s Snaefellsnes Peninsula. Discover the World’s Orcas and Aurora tour includes two boat trips to track these charismatic predators, plus visits to other-worldly lava fields and volcanoes. At night, aurora experts are on hand to explain the science behind the spectacle in the skies.

10: See the aurora on an Arctic island escape in Norway 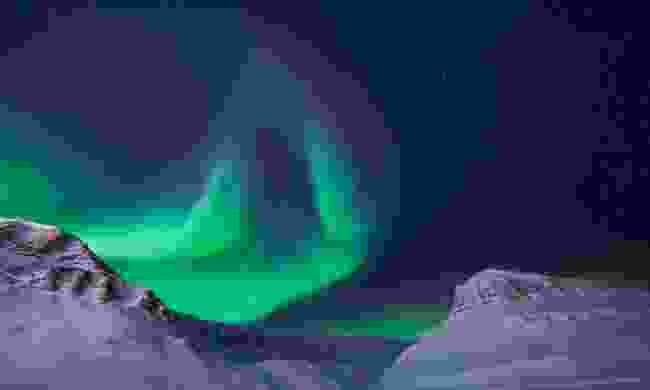 Join Inntravel on its Hamn i Senja Northern Lights Break and spend an island break in the Arctic Circle surrounded by verdant pine forest, rugged cliffs and jagged peaks. Access this natural playground via snowshoe, while the more adventurous can try ocean body rafting (floating in an insulated suit). Gain photo tips on after-dark aurora excursions and make time to relax at the island's harbour and toast the northern lights with coffee and waffles in its lighthouse.

11: Watch the lights dance from a glass-domed igloo in Finland 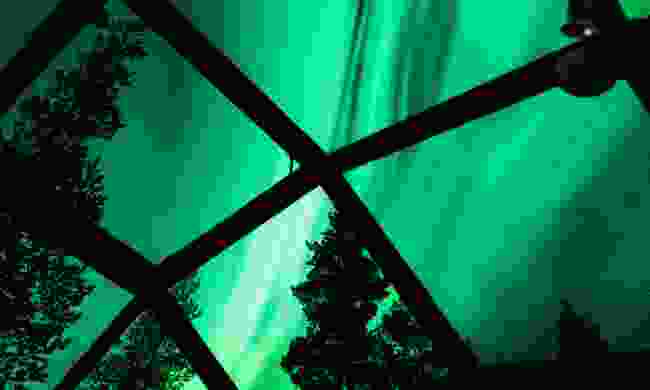 Bed down beneath the world's greatest light show on Collette's The Northern Lights Tour. Wander the architectural marvels of Finnish capital Helsinki, spying the iconic Helsinki Cathedral and the ornate neighbourhood of Kaivopuisto Park. Then, hop to Kakslauttanen where by day you'll unravel the history of Santa himself and command your own dog sled team. At night, ogle the aurora through myriad ways, from car, reindeer safari and a cosy glass-domed igloo. Arctic viewing at its best.

12: Hop on the most northerly railway on the planet in Sweden and Norway 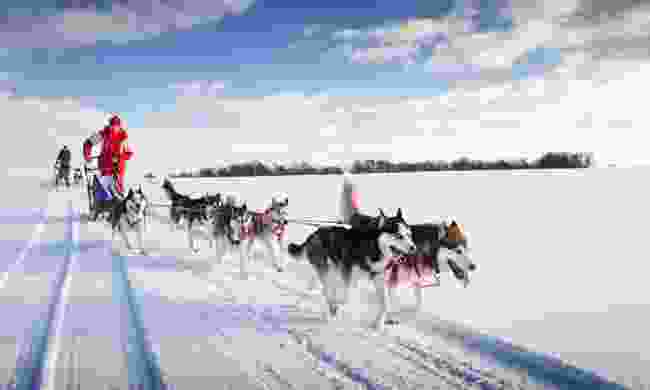 Chase the northern lights by husky and train on Rail Discoveries’ Explore the Mysterious Arctic tour. Stroll Tromso’s collection of museums before sliding across snow-blanketed countryside upon husky sled. Explore the history of the Second World War port of Narvik, before hurtling up Narvikfjellet mountain for a good vantage point of the aurora. Hop on the Ofoten Railway – the world’s most northerly – into Sweden to soak up the Sami culture of Kiruna and bed down in the town’s own Ice Hotel.

13: See the northern lights on a budget in Iceland 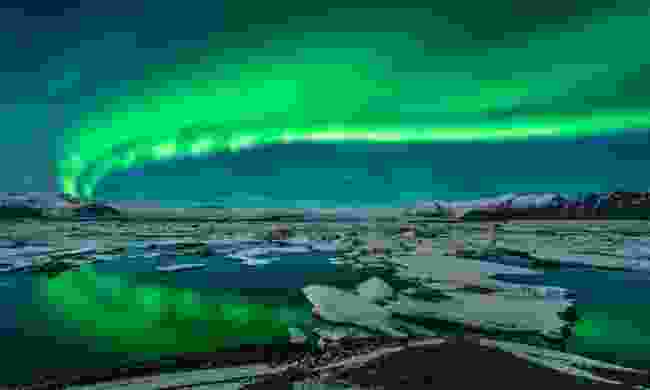 Northern lights over a lagoon by night (Tucan Travel)

Join Tucan Travel on its Iceland on a Budget tour a witness a wallet-friendly glimpse of the country’s greatest hits. Spy the artistic murals and modern buildings of capital Reykjavik and have a revitalising dip in the Blue Lagoon. Then, tick off a trio of majestic waterfalls – Seljalandsfoss, Skógafoss and Gullfoss – glaciers and geysers, while making room for the fine Silfra Gorge and icy lakes of Thingvellir NP. That’s just the daytime – by night, keep your eyes fixed on the sky for a spectacular aurora show. 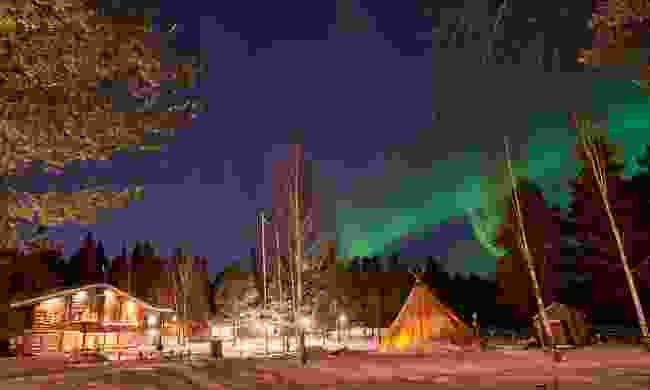 Beef up your winter expertise on Off The Map Travel’s Arctic Masterclass trip. Learn everything about traditional clothing in this frozen land, build and cook over an open fire and learn how to ice fish. Away from camp, embark on a snowshoeing trek, take charge of your own husky pack and whizz across the tundra on a snowmobile. Discover the local relationship with the northern lights and when darkness falls, try and spot the real thing for yourself.