Just three hours from London, these exotic Moroccan cities are perfect for an indulgent or adventurous weekend break...

Tangier is a bustling port city that still carries a whiff of the decadence associated with the Beat writers and jet-setters who flocked here in the 1940s and 50s. Barely 20 miles from Spain, the city has invested a lot of money in renovating public spaces and sprucing up the medina overlooking the port. Fashionable riads have followed, and the city has a great restaurant and café scene. 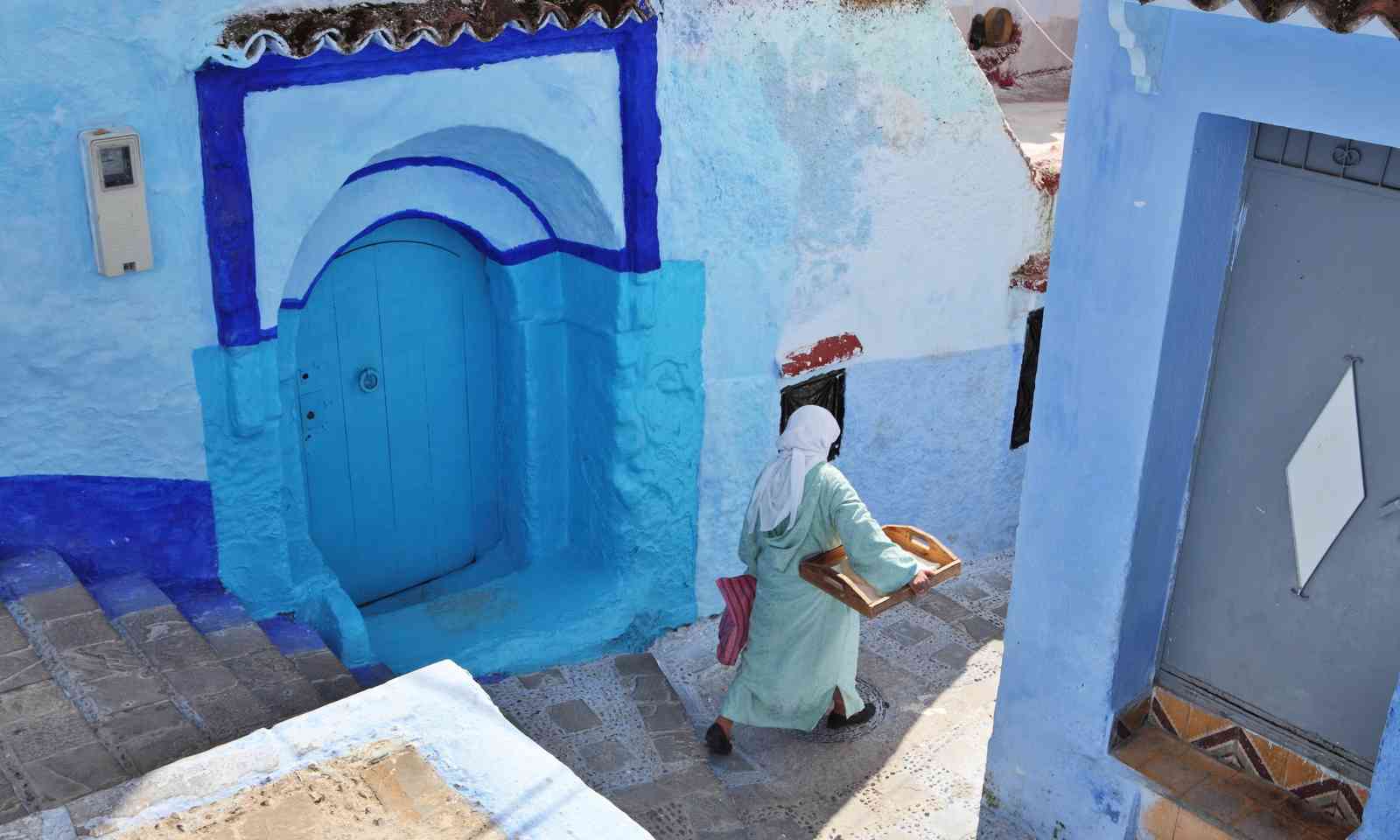 The blue medina of Chefchaouen (Dreamstime)

From Tangier, it’s only an hour's drive to the foot of the Rif Mountains and the old Spanish colonial capital of Tetouan. Tetouan is a town of two halves, with a World Heritage-listed Moroccan medina of winding streets and markets, and the bright-white boulevards of the Ensanche, full of recently restored Spanish Deco buildings.

Accessible and exotic, Marrakech has it all: boutique riads, labyrinthine bazaars and some of North Africa's tastiest food. One minute you can be exploring medieval alleys packed with donkeys, traders and the scents of Africa. The next, you are dining on a slow-cooked tangine in a five star restaurant. 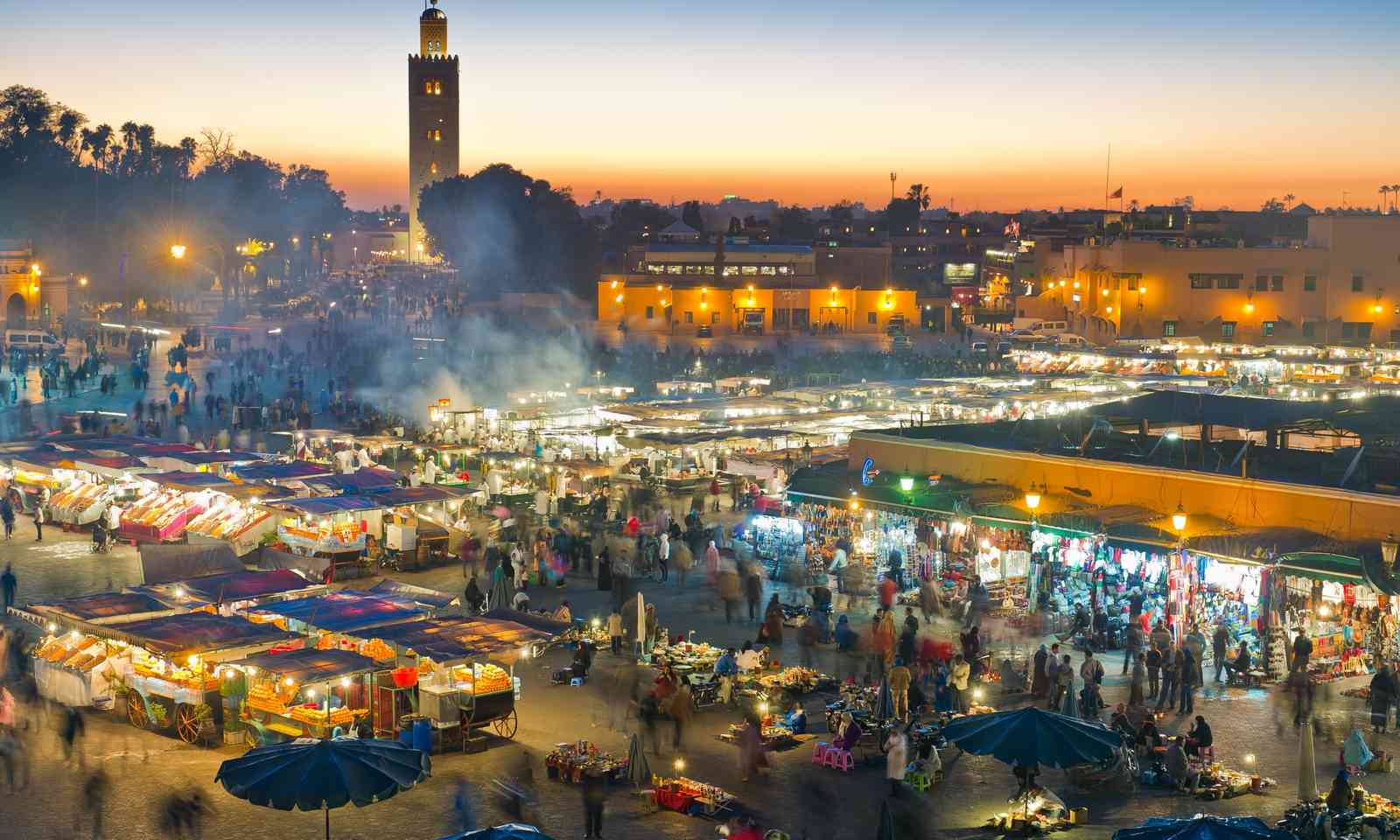 The heart of Marrakech is Djemaa El Fna, the city's bustling main square. Here orange juice hawkers, jugglers and snake charmers jostle for your attention. At night, it transforms into a giant food market, with chefs serving delicious treats from their makeshift grills. Buskers play traditional instruments and the wail of the mosques drift above the hubbub of the crowd.

If the hustle and the bustle gets too much, pull up a chair at an outside table at one of the many cafes overlooking the square, preferably on a higher floor or rooftop.  Order a mint tea and watch the show;  Unesco declared it a ‘Masterpiece of World Heritage’.

An old Portuguese port on the Atlantic coast between Agadir and Casablanca, Essaouira is Morocco at its most relaxed. It’s long been a cultural mix of Arabs, Berbers, Jews, Africans and Europeans, and now there are direct flights from London, more Brits are discovering its laidback charms too. 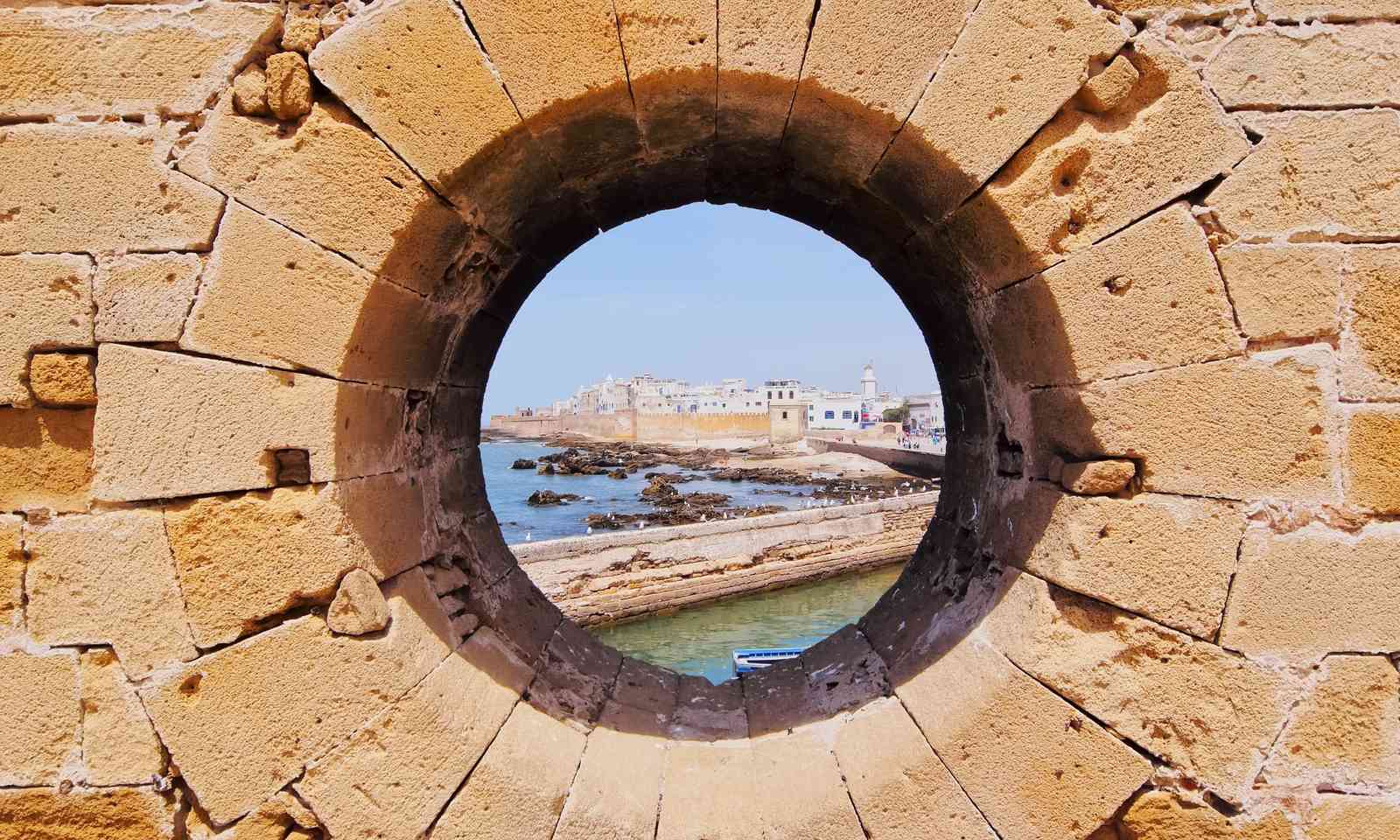 View through hole in the walls of Essaouira (Dreamstime)

Outside the walls, beyond the postcard-pretty harbour, lay enormous swathes of golden sand. When the alizee is blowing – the gusts of wind that tickle this coast – Essouria is perfect for windsurfing and kitesurfing.

Fez is where old Morocco still exists. Within the walls of Fes el Bali, the city’s ancient medina, time seems to have stood still. Amongst the warren of alleys and covered markets, people live and trade as they have done for hundreds of years. Often hidden and sometimes ignored are the architectural vestiges of Fez’s grand imperial past. 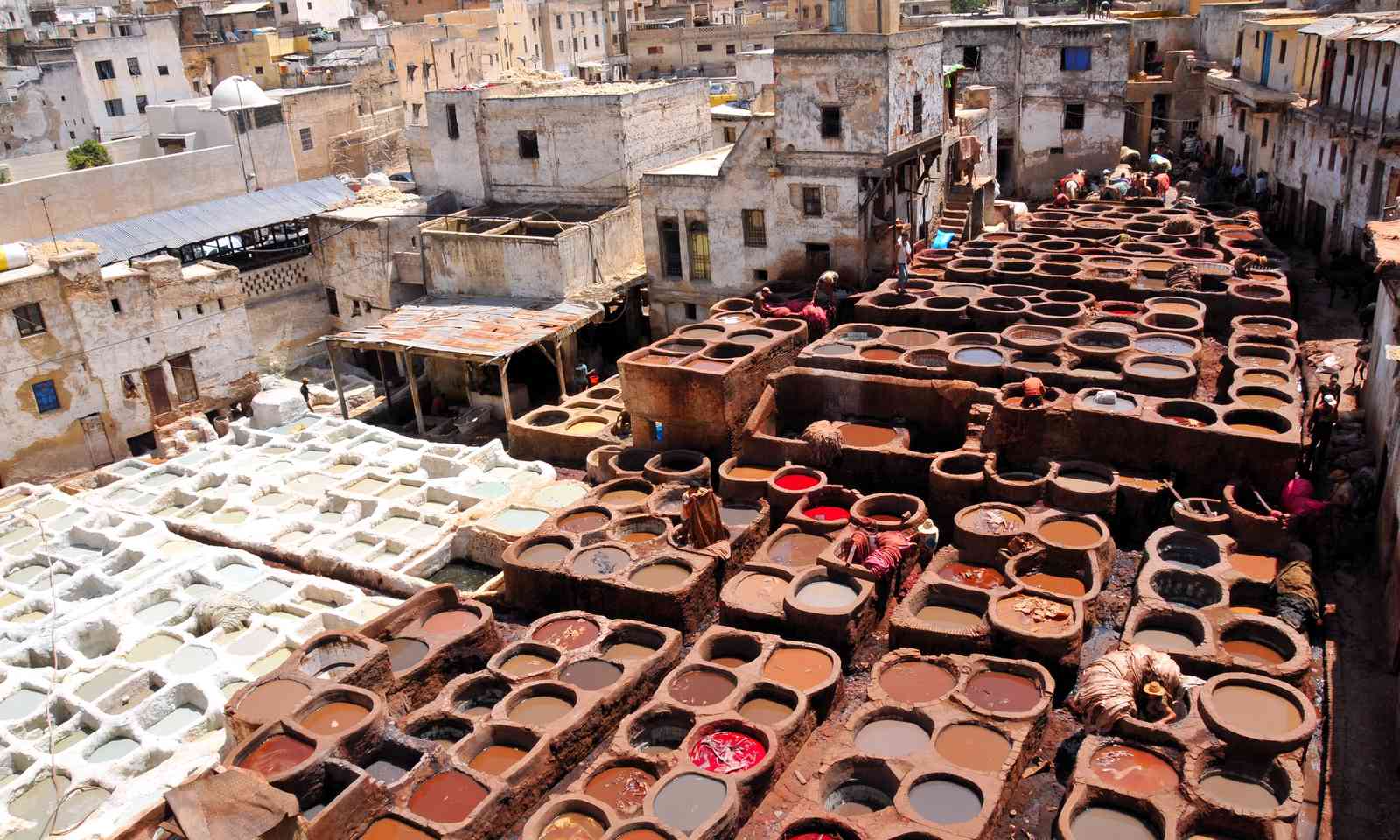 Seek out the city’s ancient tannery – you’ll smell it well before you see it. Marvel at the intricate tiles that decorate the tomb of Fez’s founder, Moulay Idriss II. Test your teeth on the pistachio nougat sold from carts on most corners. Then retire to your magnificently restored riad where you will be treated like royalty for the length of your stay.

Morocco's capital and one of the country's four  Imperial cities , Rabat has been coveted by many civilizations over the centuries. The Phoenicians, Romans and Venetians have all come and gone, drawn by the city’s stunning seaside location, each leaving breathtaking monuments to commemorate their reign. 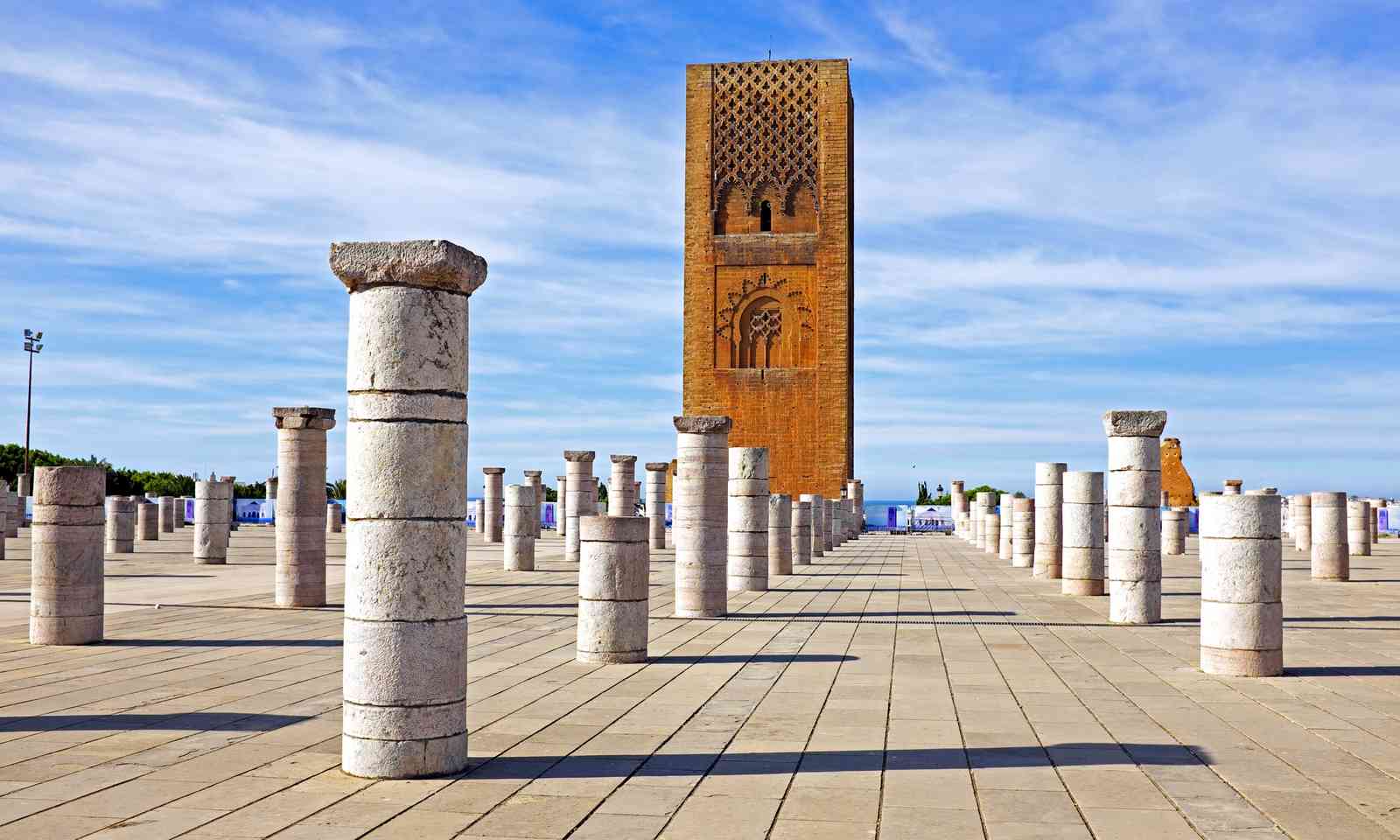 Modern visitors will be taken by Rabat’s charms too. The bustling medina offers history, atmosphere and a memento for those prepared to bargain. Just outside the city walls, there's a wide sandy beach, popular with visitors and locals alike. A walk through the tranquil Andalucian Gardens and Kasbah Oudaya will bring you to a spectacular view point over the plage.

As befits the capital, Rabat boasts some of the best restaurants and hotels in the country, as well as atmospheric riads and cafes that have change little throughout the city’s turbulent history.

For more information about each of these cities and to start planning your short break adventure in Morocco, see www.visitmorocco.com