Where to find Michelangelo’s David around Europe

Are the queues putting you off visiting the original in Florence? Here are 7 other places you can see David in Europe. 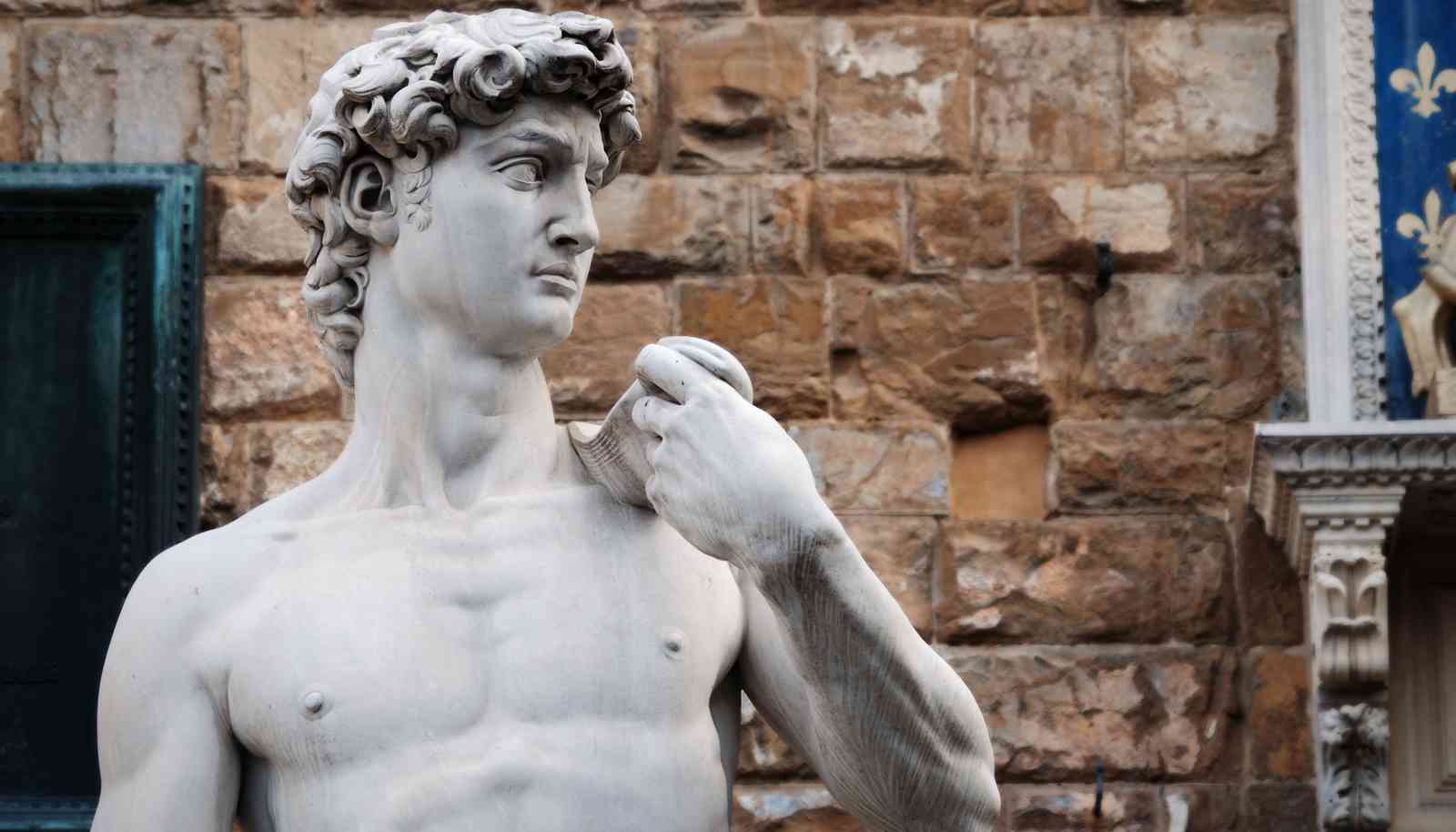 This full-sized replica occupies the spot in front of the Palazzo Vecchio where the original first stood before the city fathers decided he needed to be kept out of the rain. Looks a little more care worn than the original. 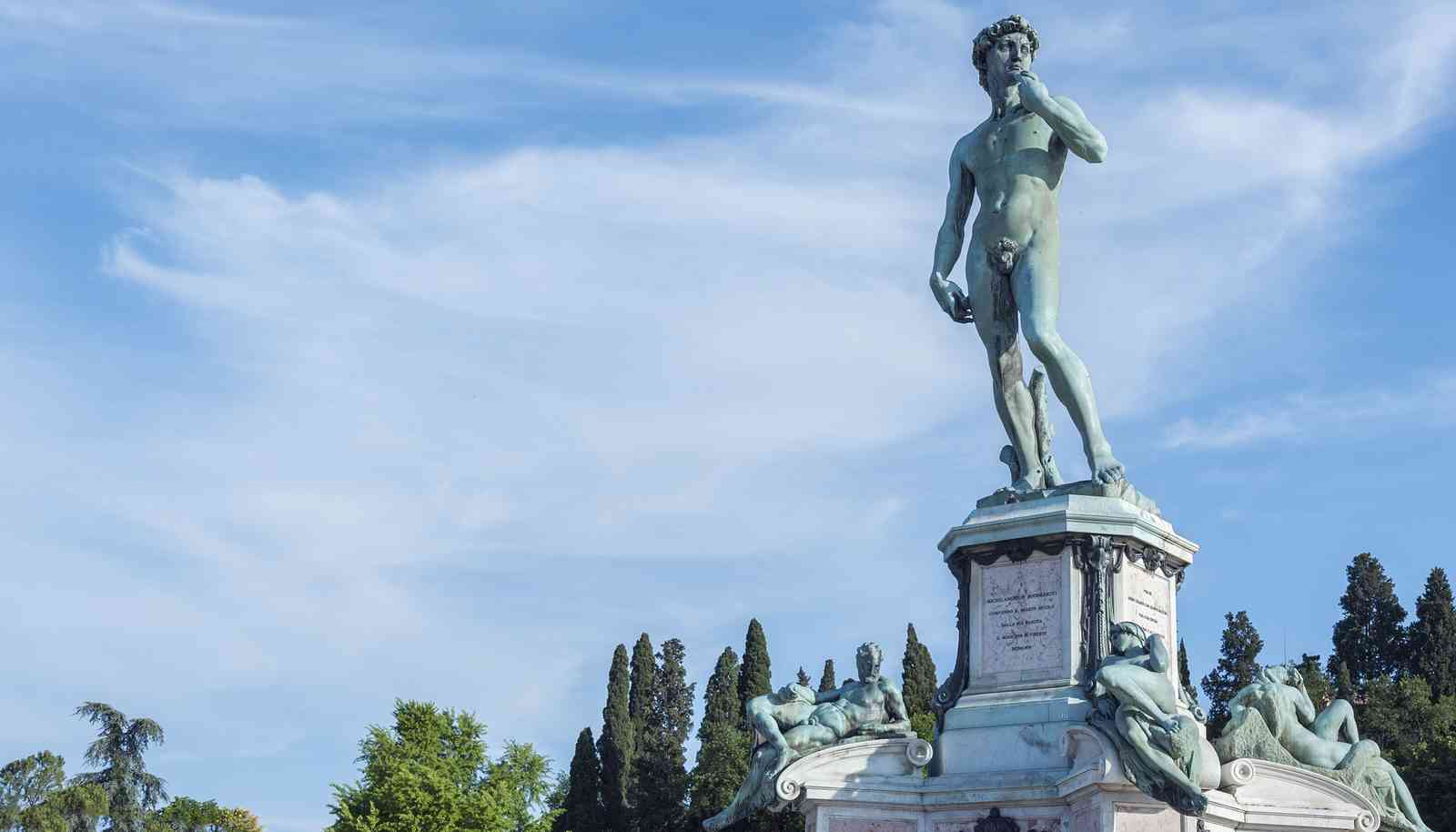 This bronze version of Davis overlooks Florence from the Piazzale Michelangelo. High on a hill on the south side of the Arno River, the views are spectacular. Exposed in the hot sun in southern France, this copy overlooks the Prado beaches at the intersection of Avenue du Prado and the Georges Pompidou promenade. It was created by sculptor Jules Cantini in 1903, carved from Carrara marble, just like the original. This bronze cast stands in front of the Kongelige Afstøbningssamling, the Danish Royal Cast Collection at the Langelinie Promenade in Copenhagen. He's in good company. The collection displays over 2,000 casts of some of the world's most famous sculptures and boasts of having '3 floors of nudity'! 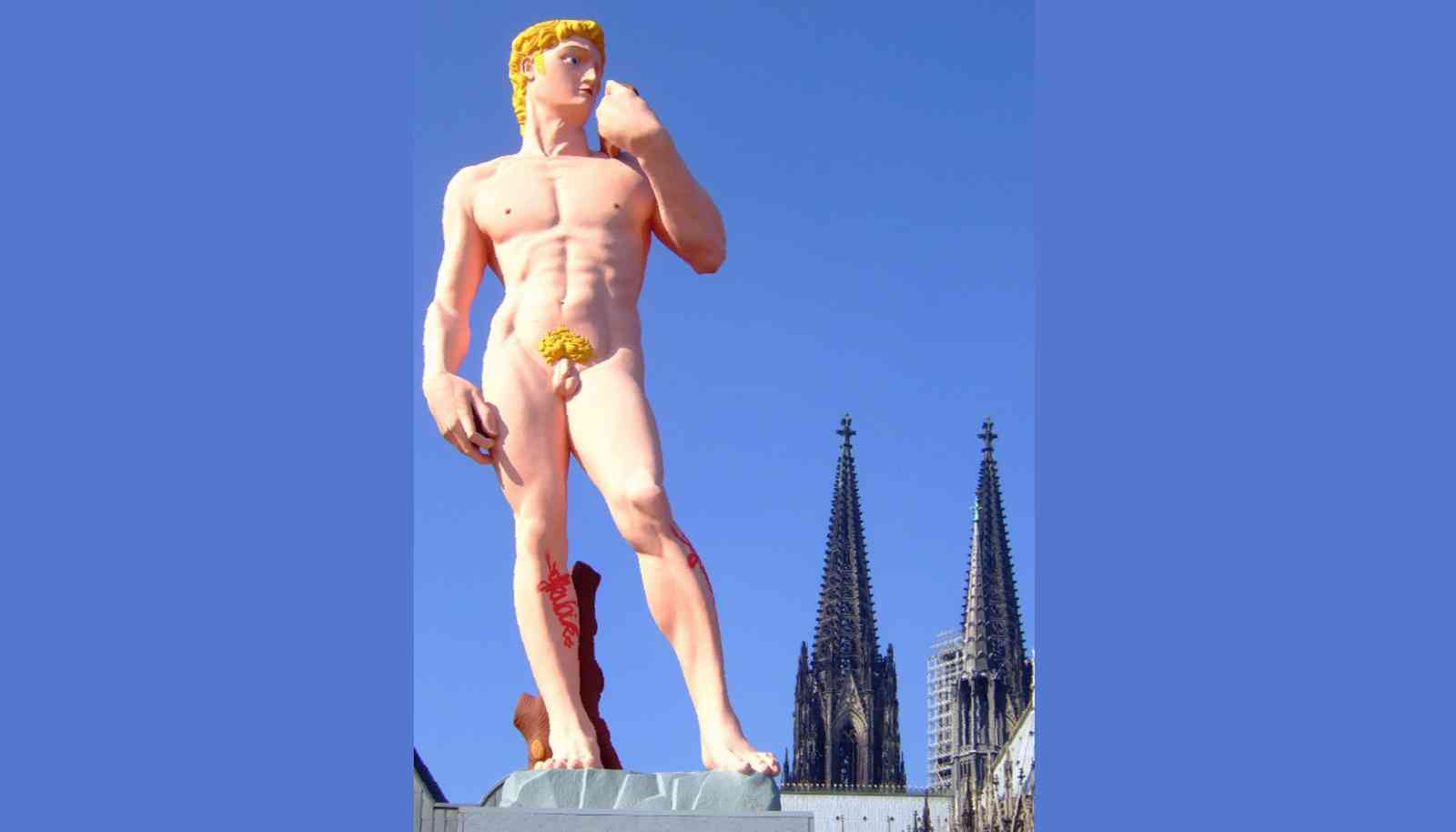 Hans-Peter Feldman is a German visual artist famous for reproducing and recontextualizing art. In 2006, he recontextualized David (pink skin, a shock of yellow hair) and put him on display in front of Cologne cathedral. The most garish of reproductions on this list, this David can now be found in the art gallery in Duisburg.

On 12 November 2010, a fiberglass replica of the David was installed on the roofline of Florence Cathedral. Sadly, it was for one day only but revealed the statue the way the Operai who commissioned the work originally expected it to be seen.

Have you come across any other Davids in your travels? Tell us about them in the comments below.