6 incredible things you must do in Mexico’s Yucatán Peninsula

The Yucatán Peninsula has far more to offer than Cancun's resorts. From Mayan ruins to lobster pizza and world-class diving, here are six great ways to experience the region 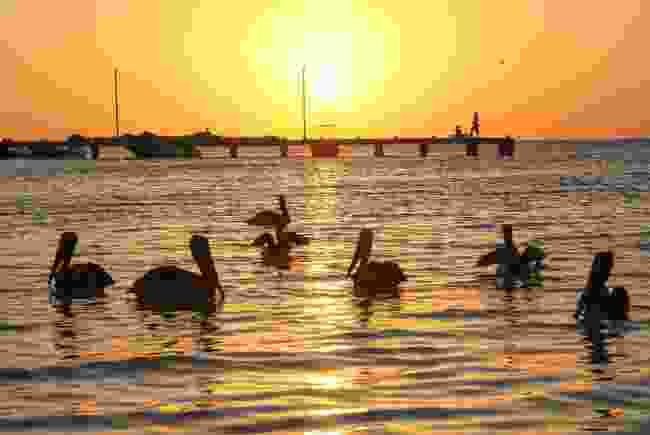 Parts of the Yucatán Peninsula have been severely overdeveloped. Cancun, in particular, can feel like a concrete jungle. A couple of hours' drive up the Yucatán Peninsula and a 25-minute ferry ride from the mainland port of Chiquila, though, and you reach Isla Holbox – which feels a world away from the crowds.

There are other places across the Yucatán, such as Tulum, that have a similar chilled out feel (in fact, Isla Holbox has been called ‘the new Tulum’), but there’s something unique about the laid-back island life on Holbox.

Most of the isle, which is situated between the Caribbean Sea and the Gulf of Mexico, is part of the protected Yum Balam Reserve – a popular spot for sea turtles and occasionally whale sharks, with crocodiles and monkeys living in the mangrove forests. Only a tiny stretch of the 42km long, 1.5km wide island is given over to tourism, with a notable absence of big chain hotels or resorts. It comprises simply of a small town centre with seafood restaurants, art boutiques and beach bars playing Bob Marley and Mexican reggae. Cars aren't allowed here; people get around on foot or on the back of golf buggies.

You can take boat tours to check out the wildlife, swim and snorkel in clear blue water, or explore by kayak – including night trips where you might be able to witness bioluminescence in the ocean. Whatever you do, it’s almost impossible not to relax here.

Be sure to head to Pizzeria Edelyn on the main square to try the lobster pizza, too. 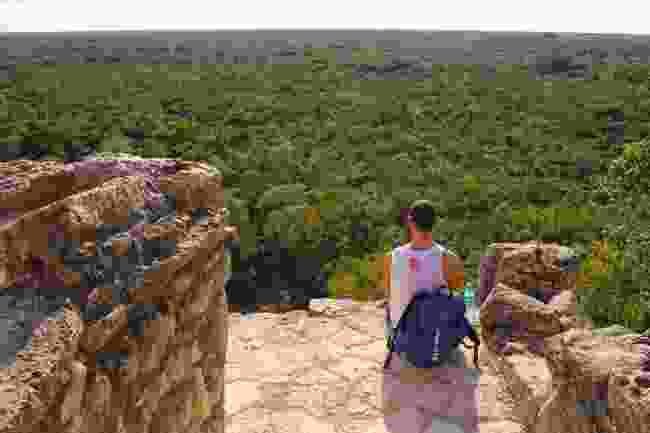 Traveller at the top of Nohoch Mul (Graeme Green)

More than 2.2million people visit Chichen Itza each year. The famous archaeological site was formerly one of the most important centres of the Mayan civilisation, which spread across large areas of Mexico, Guatemala, Belize, Honduras and El Salvador. Its peak ‘Classic Period’ ran from around AD250 to AD900.

With its El Castillo pyramid, skull-decorated platforms and ornate Jaguar Temple, Chichen Itza is certainly worth exploring, but you’ll be accompanied by crowds and coach tours from Cancun and elsewhere. Tulum and Coba (notable for the climbable Nohoch Mul, the highest Mayan pyramid in the Yucatan), are also impressive but popular sites.

But there are plenty more Mayan ruins across the Yucatan – many of them just as impressive but far quieter. Uxmal, a short drive from the city of Mérida, has big pyramids and great views from the top of the Governor’s Palace – and it’s peaceful to stroll around in the afternoon. Mayapan is another that you might get all to yourself, especially if you arrive late in the day.

Calakmul, deep in the jungle in the state of Campeche state, isn’t the easiest place to get to – but that means fewer travellers make their way to the atmospheric complex. As is often the case, there are rewards for making a bit of extra effort.

3: Sink into a cenote 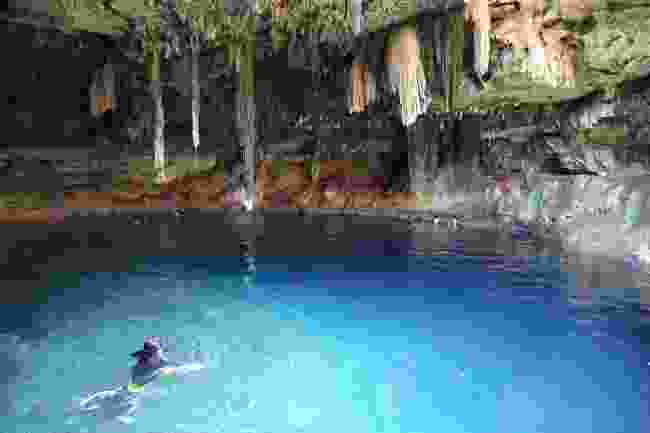 Year-round sun draws lots of tourists to the beach resorts, and the Yucatán can certainly get toasty. There are few better things on a hot, humid day than sinking into a cenote – a natural sinkhole pool, either found in underground caves or at the surface.

The Mayan culture that previously dominated the Yucatán and whose presence and influence is still strongly felt, believed the cenotes were a link to the underworld, and a way to communicate with their ancestors. Today, they can be extremely popular with both tourists and locals, many of whom bring a picnic and an ice cooler packed with beer to make a day of it. Casa Cenote, near Tulum, and Cenote Azul, near Playa del Carmen, are both attractive ground-level cenotes, where sunlight brings out the colour of the water and rock, while Cenote Samula, near Valladolid, is an impressive underground cave.

Some cenotes get very busy, including those used as stops on group tours. Finding your own secluded cenote can feel difficult, but the Yucatán is thought to have around 8000 cenotes (indeed, the landscape is described as like ‘Swiss cheese’). If you time it right, you might have lesser-known Tamcach-ha and Multan-ha – both fairly close to Coba – to yourself. If you have a car, follow roadside signs deeper into the countryside, where you might just find a local gem.

4: Be a culture vulture in Mérida 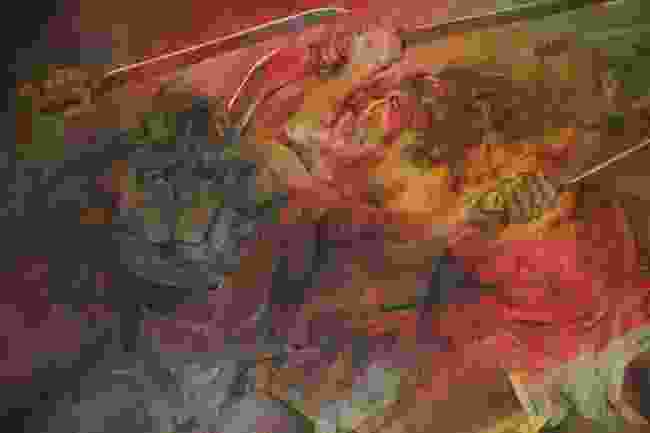 Mérida is the cultural heart of the Yucatán, a place where you can find art, music, history, regional cuisine and more. The 475 year-old city celebrated its second outing as American Capital of Culture this year – the only city to be awarded the honour twice.

The city’s cultural must-sees include the Cathedral de San Ildefonso, on the city’s main plaza; colourful modern art by Mexican artists in the gallery of José Peón Contreras Theatre (which also has classical concerts in the evenings); and the Governor's Palace, where large-scale paintings tell the grim history of this region and country, including the bloody clashes between indigenous groups, like the Aztec and Maya, and the invading Spanish.

For a flavour of local life, it’s worth exploring the busy market, where stalls are packed with fruit and veg, Christ statues and piñatas. Also ask around about the shows taking place in the plaza, including (on certain nights of the week) a demonstration of the ancient Mayan ballgame.

One of the most enjoyable cultural outings, though, is to the city’s cantinas for mezcal (the local firewater), which is often served with chapulines (grasshoppers) and tasty barfood, accompanied by lively music. Friendly and popular La Negrita and El Cardenal, both over 100 years old, are recommended stops. 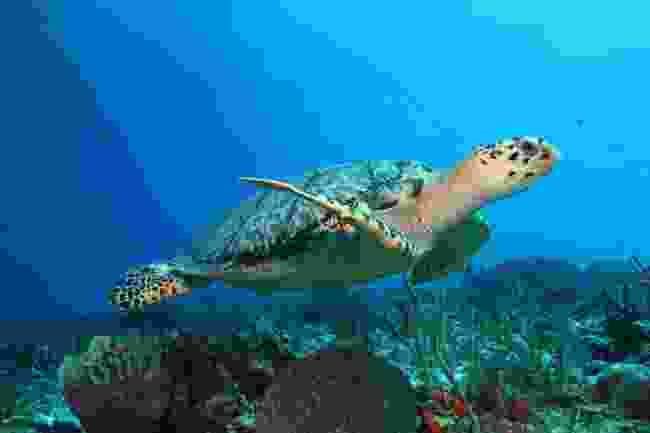 Cozumel, around an hour by ferry from the city of Playa del Carmen, means 'land of the swallows' in the Mayan language – though these days the island is far more famous for marine life than bird life.

There’s no shortage of great diving around Mexico, but when it comes to the country’s Caribbean coast, Cozumel is the epicentre. The island is situated close to the second largest coral reef in the world, the great Meso-American Barrier Reef, with dive sites falling under the protection of the Cozumel Reefs National Marine Park.

Jacques Cousteau’s underwater documentaries helped tell the world about the natural wonders to be found here, which includes colourful and diverse corals, towering underwater structures, tunnels and caves. The clear, warm waters are home to eagle rays, octopus, stingrays, barracudas and hundreds of varieties of colourful fish. Beaches along the non-developed east coast, away from the resorts and hotels, are protected nesting grounds for turtles – and you’re likely to see them when you’re under the water, including loggerheads, greens and hawksbills, as well as numbers of sharks (mainly nurse and reef sharks).

It’s worth also heading to Akumal to snorkel with turtles that feed on the sea grass off the beach, and to Isla Mujeres to swim with whale sharks.

6: Feast your eyes on dazzling colours 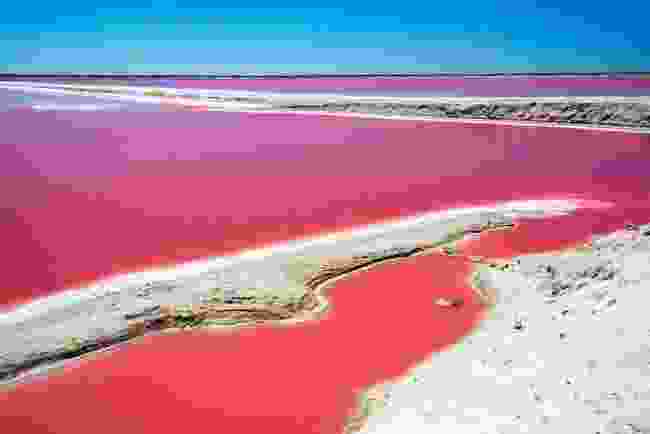 The crystal clear water of the Yucatán’s coast is what draws many people here. But look a little further into the peninsula and you’ll find more colourful kinds of water worth going the extra distance for.

Down near the border with Belize, chilled out Bacalar has a freshwater lake known as the ‘lake of seven colours’. If you visit on a sunny day, the water appears layered in every shade of green and blue. It’s a popular place with Mexicans who come to swim, drink beer and eat fresh seafood, with far fewer people than you’ll find in Cancun, Playa or Tulum. Swimming and snorkelling is easy around the lake, but you can really get away from it all by taking a kayak out and exploring.

Up on the peninsula’s opposite coastline, head to Rio Lagartos for an entirely different hue. The river's name means 'Alligator River', but the area is more famous now for its flamingos. It’s not just the birds that bring the pink, though. The local salt lake La Playa de las Coloradas is famous for rose pink-red water, the result of marine microorganisms that live in the water, which are also fed on by crustaceans who, in turn, are eaten by the flamingos. Swimming in the colourful water is no longer permitted, but it's worth visiting the area for the laid-back fishing villages and for photos that look pretty in pink.

For more on travelling in Mexico, see visitmexico.com.

Graeme Green is a travel writer and photographer. For more, see graeme-green.com. Follow him on Instagram at instagram.com/graeme.green.