When author Simon Fenton travelled into the scorching heat of eastern Senegal, he wasn’t expecting to be examining chickens' testicles and dancing the conga...

“Boom.” Although I was well used to it, I still jumped out of my skin each time a bomb went off, which was about every five minutes. Young men were stuffing a mix of gunpowder and couscous powder into a metal tube, setting a fuse, running for safety and watching the crowds freak out.

In front of me, an initiate stood, staring impassively, while an older man held a chicken by its legs and swung the fowl around the younger guy’s head. Then the chicken was stretched out and its head chopped off.

The headless chicken fell to the ground and ran in circles, while the initiate chased it, still looking emotionless. He caught up and the chicken quivered to a halt as the boy beat it with the stick.

Afterwards, the older man examined the chicken’s testicles; white is a good omen and black is bad. I later hears a rumour that the initiate would be ritually sacrificed if the testicles were black, but on this occasion they were white. We all breathed a sigh of relief, as the chicken joined others already hung in the trees, like a macabre art installation. 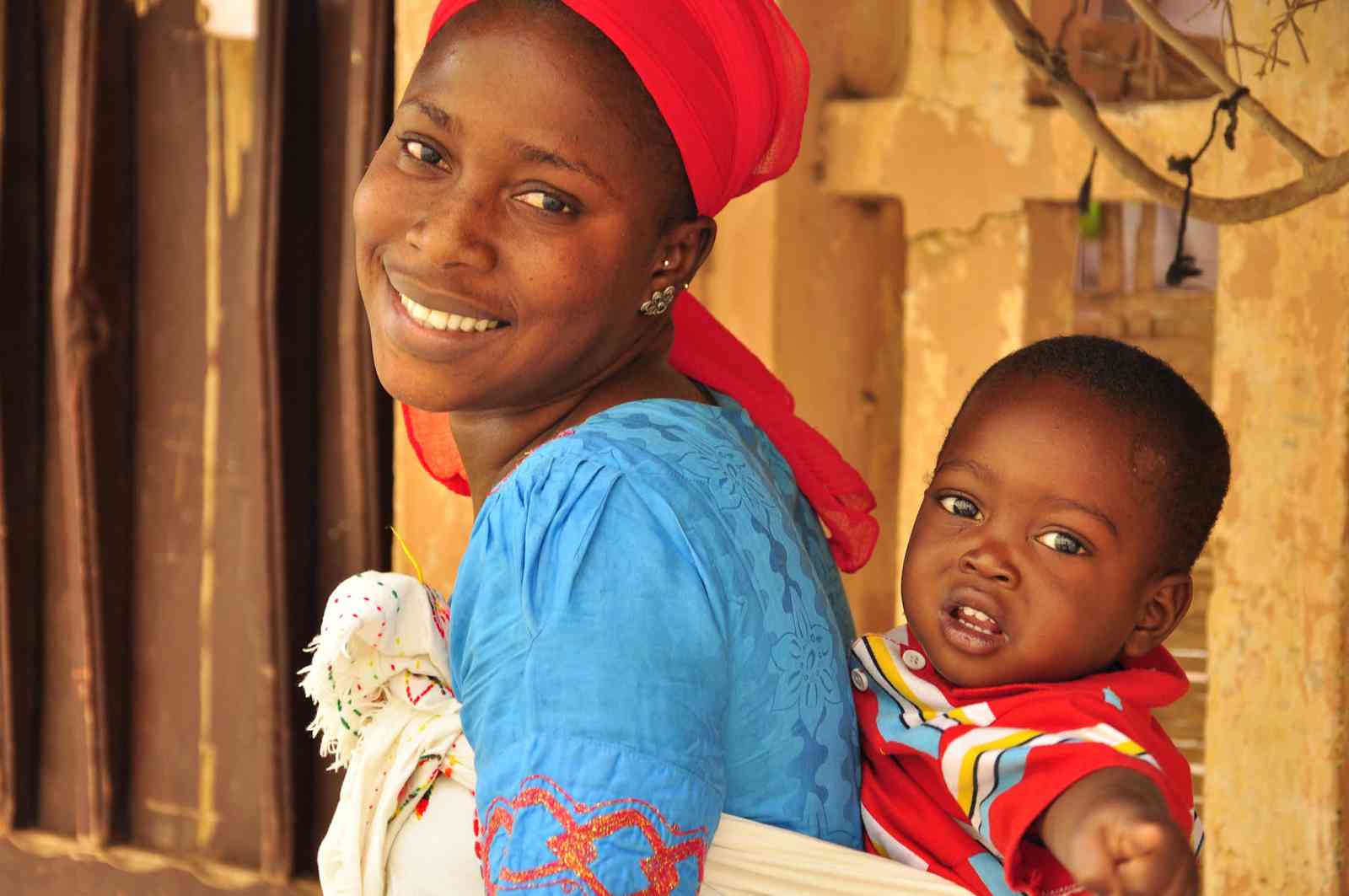 Woman and baby in Senegal (Dreamstime)

I had travelled from the coast to the southeastern corner of Senegal by bush taxis, the ubiquitous Peugeot station wagons, 504s and 505s, all 20 to 40 years old and probably going way beyond what their French manufacturers ever expected. They’re high sprung at the back and possibly jacked up even further to negotiate the potholes of West Africa. They’re also fitted with a third row of seats where the boot would normally be and where I was squashed in.

By the afternoon of the first day, the air blowing into the bush taxi felt like a hairdryer with the heat turned up to the max. I wondered, not for the first time, why it is that I emerge looking like a sweating stumbling zombie covered in grime, while the girl next to me looks cool and calm in her pure white dress.

The sun was going down as I reached Salamata, a Fula village tucked into the base of the mountains. I stayed at the main camp in the village, run by the charismatic Balingho, a very welcoming old Bassari man who infused the surrounding atmosphere with the reek of palm wine whenever he was around.

Balingho explained the complicated Koré initiation ceremony, where initiates pass through a series of huts at different ages, and are beaten if they fail to attend, or to attain new levels of maturity. After the ceremonies in the huts, the boys dance from village to village for seven days before going to live in a cave. 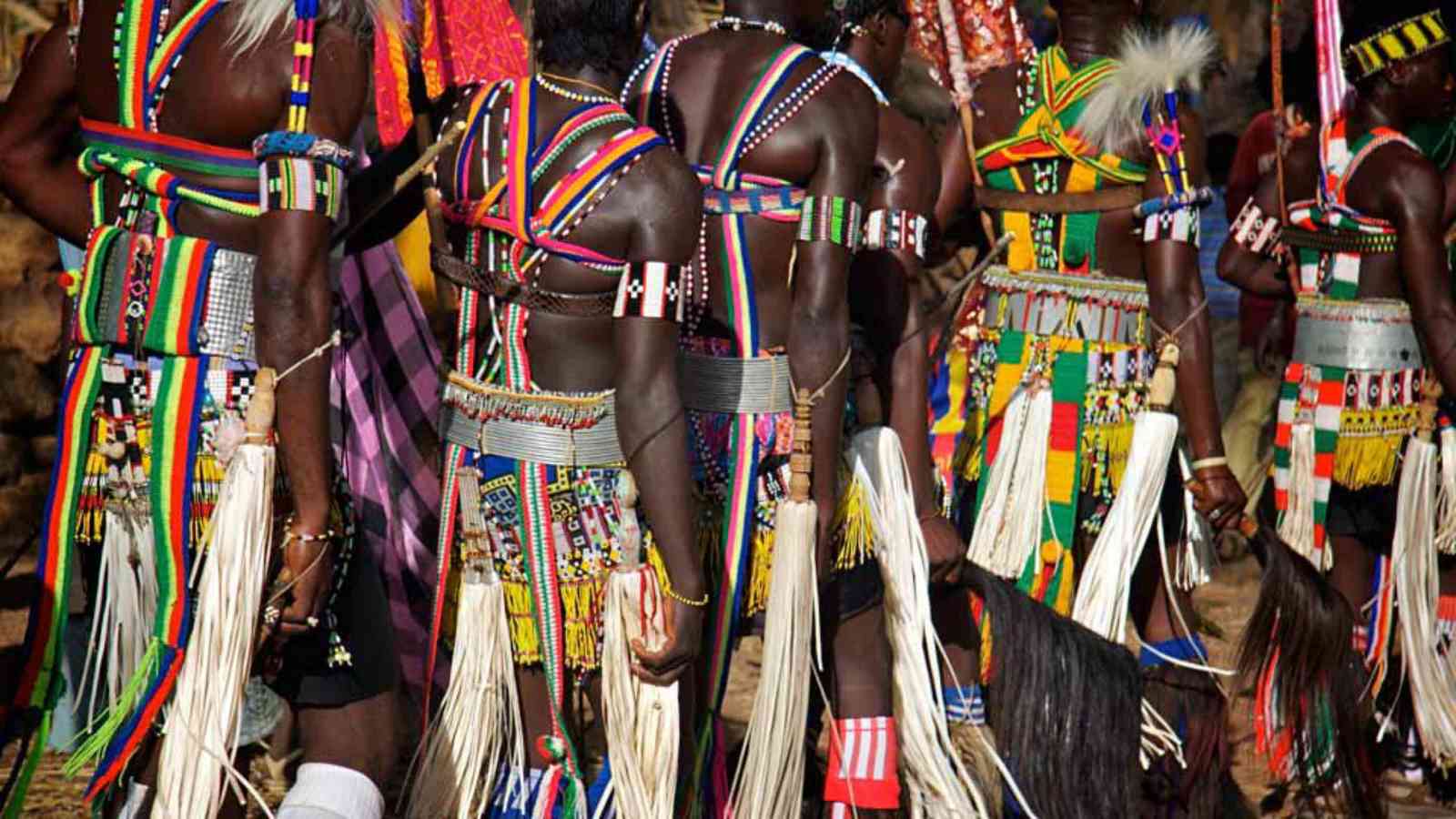 The Bassari are a small tribe that live as hunters and farmers in the rocky escarpments and foothills of the Fouta Djalon, which spreads out from southeast Senegal into Guinea. In Bassari society, roles and responsibilities are defined by a person’s place in a very strict chronological hierarchy, far more so than most traditional societies.

There are seven stages for men, and Koré is the most important ceremony, marking the passage into adulthood. The boys are separated from their families and live in communal houses for several months, away from females.

For the initiation, older initiates take them to the sacred forest, where legend states the boys are killed and eaten by Numba, a chameleon deity, who then regurgitates them as young adults. Before they enter the forest, they are washed and rubbed with palm oil by older women who then braid their hair and tie in feathers from sacrificed chickens.

They endure a series of harsh rituals and emerge from the forest, acting like infants. Their guardians, older initiates, must wash, feed and even put them to sleep. From this state of regression, they emerge as mature adults. I later discovered that throughout the ritual, boys must not smile, laugh, talk or even look from side to side, or else they’d be severely punished. 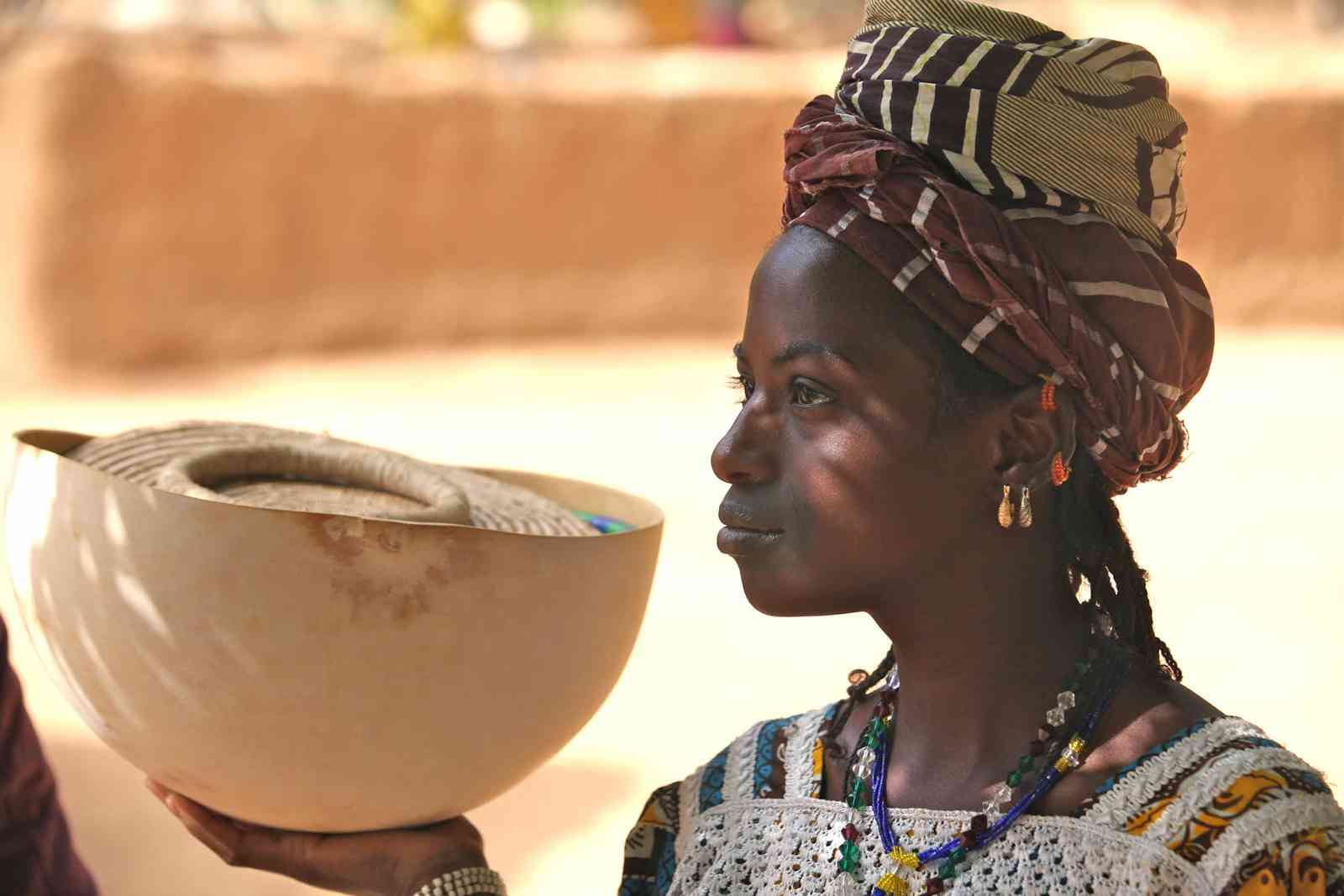 The next day, I hiked through intense heat to the initiation area. Several stone and thatch huts sat around a clearing among some large trees. The entire area was bustling with activity: ladies selling drinks (one superstar had dragged ice up to this outpost), snacks and goats. Cauldrons bubbled on fires and many people gathered to socialise.

Young men who were being initiated wore their hair plaited and football outfits - tradition and modernity side by side. There were some delicious local drinks available, and I made it my business to try them. The palm wine (fermented sap from the trees) was fantastically rich, then there was a sublime honey wine.

Youngsters were constantly blowing whistles. This cacophony gradually intensified, some chanting was heard and then a procession of colourfully dressed young men arrived down a slope to circle around the ceremonial area, shuffling along as someone played a local flute.

As darkness fell, I was invited to eat foufou, a tasteless manioc paste smothered with a tasteless manioc leaf sauce, but the Senegalese hospitality, teranga, more than made up for that. All the while, the dancers trooped around chanting, like a tribal conga. Fires lit up the area and dancers kept going at least until midnight in an increasingly inebriated atmosphere. Simon Fenton at the Kore ceremony

The next morning, a procession of people snaked slowly down the mountain, wearing their distinctive cartwheel masks. They represented nature and were there to oversee the festivities, ensuring traditions are maintained. Their bodies were painted with ochre and their faces hidden by gauze.

I could hear whistles, chanting and screams as they appeared at the top of the ridge across a valley. Slowly, they wound their way down the track, mimicking the movements of a chameleon. They are said to have the power of the sacred chameleon, and their presence at a ceremony is considered very auspicious.

At the head of the procession was a masked creature with a ring of leaves tied around its chest. Still they came, perhaps 50 masked dancers. Shortly after they’d passed me, they whooped and started running down the mountain as myself and other villagers tried to keep up without stumbling.

A little way down the mountain was a large open space around which the audience formed a circle. The masked dancers removed their cartwheel masks but continued to wear the bark hoods and visors as they formed a line along one edge of the circle. Everyone was shouting orders. Chaos ensued, but eventually, the next phase began: lute, which is traditional Senegalese wrestling.

The young initiates took turns to fight the older and much bigger, hooded creatures as a measure of their courage and virility. The small boys, some looking about 13 years old, approached the giants, holding heavy sticks and shields. I could hear the thud of wood on flesh before they locked bodies and wrestled in the more traditional sense. It’s not necessary for the initiate to win, as long as he fights like a man. Following this, he receives a new name and status, before being presented back to his parents as a stranger with a similar appearance to the boy who’d left months earlier.

Most of the initiates were beaten, but eventually one young guy went in quickly and knocked his opponent off balance, landing him on his back. The arena exploded, with everyone dancing into the circle and whooping for joy as the initiate was carried away on the shoulders of other boys.

I returned to the initiation area on the side of the mountain, as those homemade cannons boomed. More chickens were slaughtered and initiates chased after them. Testicles were inspected. The snake-like conga, chanting and dancing continued well into the night, as it had done every year since anyone could remember.

As I drank palm wine, chatted to villagers and occasionally joined the conga, I ruminated on the fact that the intense heat and the arduous travel had been a small price to pay for the chance to experience such an otherworldly, timeless ceremony.

Simon Fenton lives in Abene, Senegal and has just released his second book, Chasing Hornbills: Africa from the ground up. To buy the book, visit eye-books.com/books/chasing-hornbills