From small coves in quaint fishing villages to long swathes of sand that wouldn’t look out of place in the Caribbean, Italy has beaches to suit every mood. Here are 7 of the most beautiful... 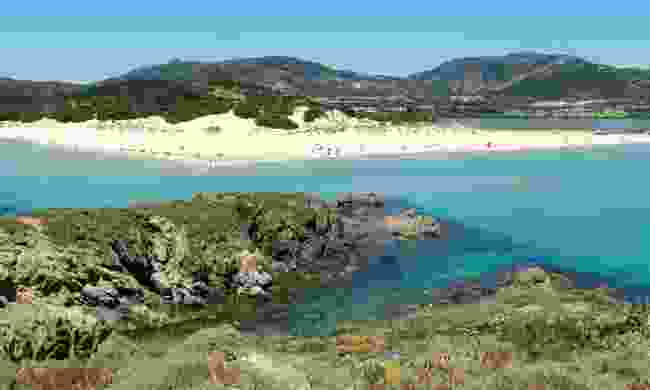 On the south coast of Sardinia, not far from Cagliari, Chia Beach is regarded by many as the best beach in Italy. Backed by sand dunes and juniper trees, the beach is sheltered from wind and popular with locals and surfers alike.

The waters here are an incredible shade of turquoise and the sand is golden. The Italians, as is their way, say that it is the colour of small peaches. The lagoon behind Chia beach is an important breeding ground for flamingos, and dolphins are regular visitors to the bay. 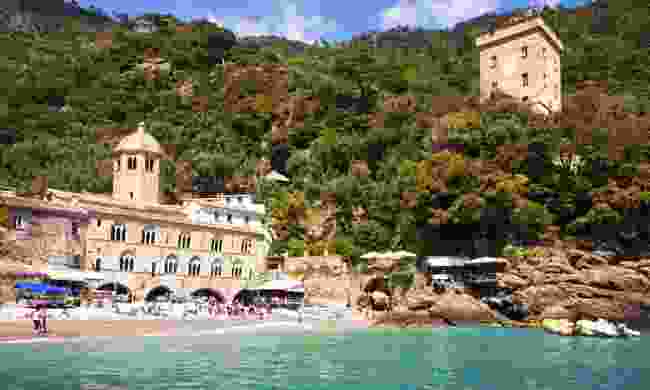 The breathtaking bay of San Fruttuoso near Genoa (Dreamstime)

Fans of Steve Coogan and Rob Brydon’s travelogue, The Trip To Italy, will recognise San Fruttuoso as the scene of one of their more fearsome Michael Caine impersonation battles. The breathtaking bay is halfway between Portofino and Camogli, and is only accessible by a pedestrian path on the hill behind or by sea.

The beach is surrounded by lush vegetation and overlooked by San Fruttuoso Abbey, a medieval structure famous for its triple-mullioned windows. The bay is popular with divers too, who come to see a statue of the Christ of the Abyss, which was placed in the waters in 1954 at a depth of about 18 metres by the Costa family. 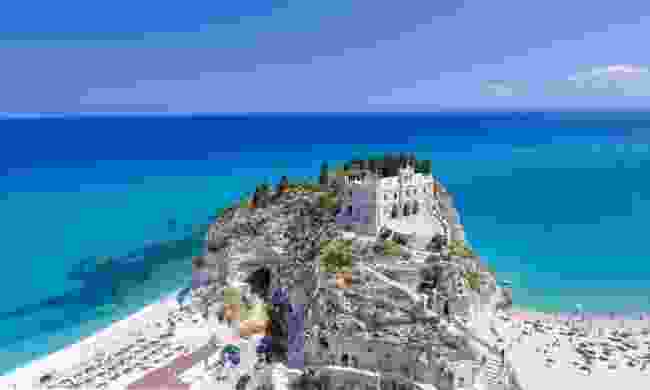 Situated in the heart of Calabria’s ‘Coast of the Gods’, Tropea Beach offers Caribbean-style white sand and turquoise water. But where you’d find palm trees in the Caribbean, you’ll find an ancient medieval monastery and a tumble of narrow lanes in this old clifftop town.

The beach is backed by a promenade, which is perfect for an evening passeggiata (stroll) as the sun sets. If you’re feeling energetic, climb the stairs to Santa Maria church, which is on a hill opposite the old town, known as Isola. 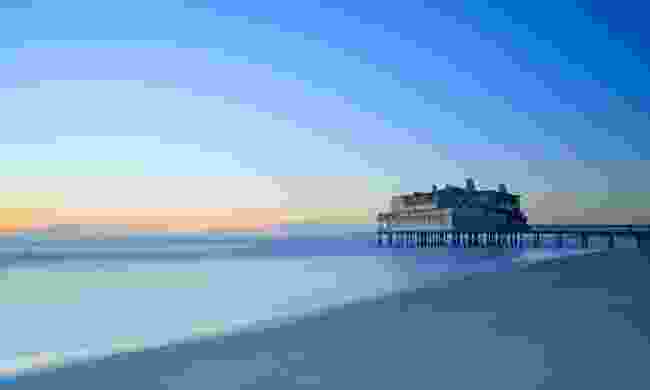 The pier on Follonica Beach (Dreamstime)

The beaches around Follonica are famed for their fine sand and calm waters. Overlooking the island of Elba, they are backed by green hills and surrounded by nature reserves and Etruscan ruins.

While the beaches closest to the town can get crowded in the summer, those a little further away are nearly always deserted. Casetta Civinini beach is 6 kilometres long. Cala Violina beach is in a reserve with vehicle restrictions. And Cala Martin can only be reached by bike or walking. Bring everything you need here – there aren’t any shops or restaurants. 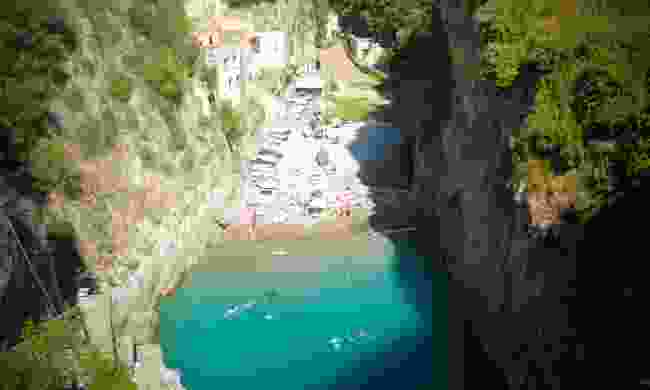 Furore, on the Amalfi coast (Dreamstime)

One of Italy’s tiniest beaches, the pebbly cove at Furore on the Amalfi Coast is just big enough for fisherman to pull up their small wooden boats.

Just 25 metres long, Furore is nestled halfway between Amalfi and Positano and set within one of Italy’s only fjords. It is overlooked by towering rocks and backed by pastel-coloured fishermen’s cottages. Swimming here is one of the most surreal experiences you’ll have in Italy. 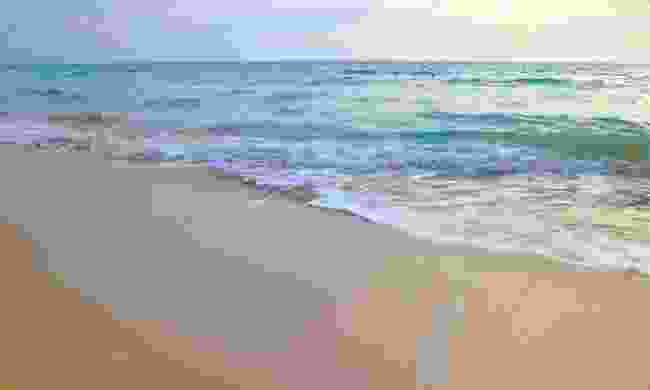 Set in one of the very few protected marine areas in Italy, Punta Prosciutto Beach in Puglia is truly unspoilt. You won’t find row after row of sunbeds and umbrellas here. Just clear waters, white sands and informal beach shacks.

The beach is off the tourist trail and a tricky 40-minute drive south from Lecce. Make a stop in Manduria on the way down and pick up a few bottles of its Primitivo wine – perfect for an Apulian sundowner. 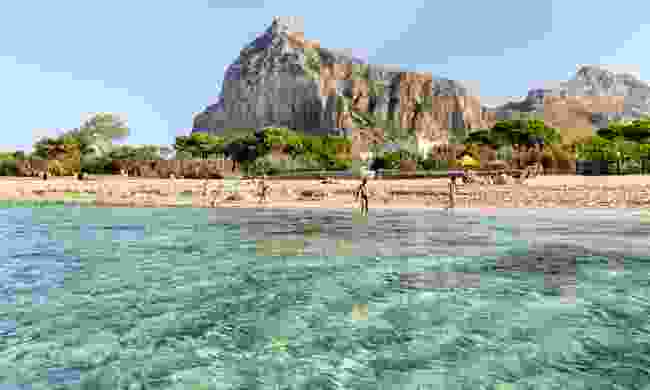 The beach at San Vito Lo Capo in Sicily (Dreamstime)

This three kilometre stretch of golden sand is lauded as a pearl of the Trapani coastline. Set in the north-west corner of Sicily and towered over by the imposing Mount Monaco, the shallow waters here are always clear, warm and inviting.

Make sure you drag yourself away from the beach to explore San Vito Lo Capo town, which is packed with bustling shops and restaurants – including Cafe Europa, famous for its specialty, the panini con panelle – a sandwich stuffed with fried fritters. In September, the town hosts the annual Cous Cous Fest, celebrating this popular Mediterranean dish.