Our readers voted New Zealand Top Destination in the 2016 Wanderlust Travel Awards. Planning your trip to NZ? Get off the beaten track and discover these 7 little-known islands...

Subantarctic Stewart Island, which lies 30km south of the South Island, has a land area of nearly 2,000 square kilometres and 85% of it is included within the boundaries of Rakiura National Park.

Key highlights include nocturnal bird life and the calls of ruru, weka and kiwis by night and listening to red-crowned parakeets, bush parrots and Stewart Island robins by day.

It is a paradise for hikers, with 245km of walking tracks that can all be accessed from the town of Oban. You'll also find short walks through Fern Gully, Horseshoe Point or Moturau Moana – and, for adventurous hikers, a three-day 'Great Walks' trek. 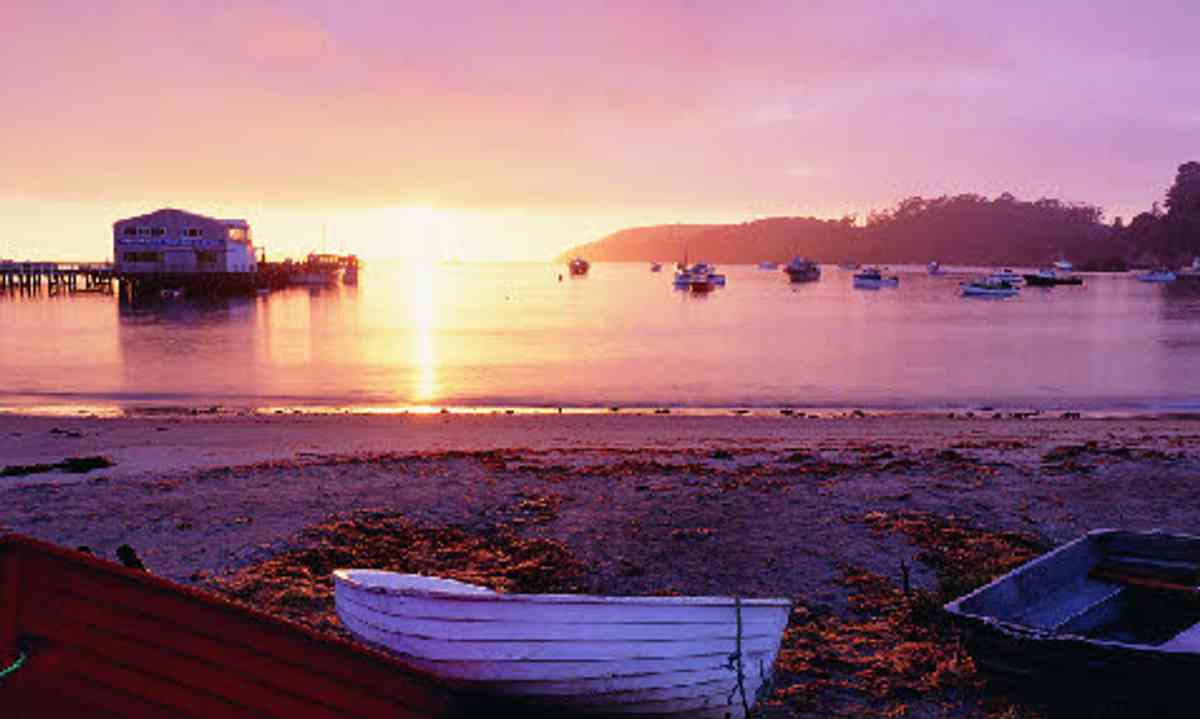 Just off the west coast of Stewart Island is Ulva Island, the home to Te Wharawhara Marine Reserve. Here, guests can explore the 56 species of marine fish including kina, sea cucumber, starfish, kelp species and brachiopods with diving trips and sea kayak safaris.

Getting there: The Stewart Island Experience Ferry departs from Bluff, South Island, from 8:00 daily.

Go for: Spotting kiwi birds in the wild

Hosting some of New Zealand's most endangered birds including the kiwi, Kapiti Island is a 2,000-hectare nature reserve, and its protected waters are home to an abundance of marine life. The island is located just 50km north of Wellington on the western coast, and only 100 visitors are allowed to visit each day. 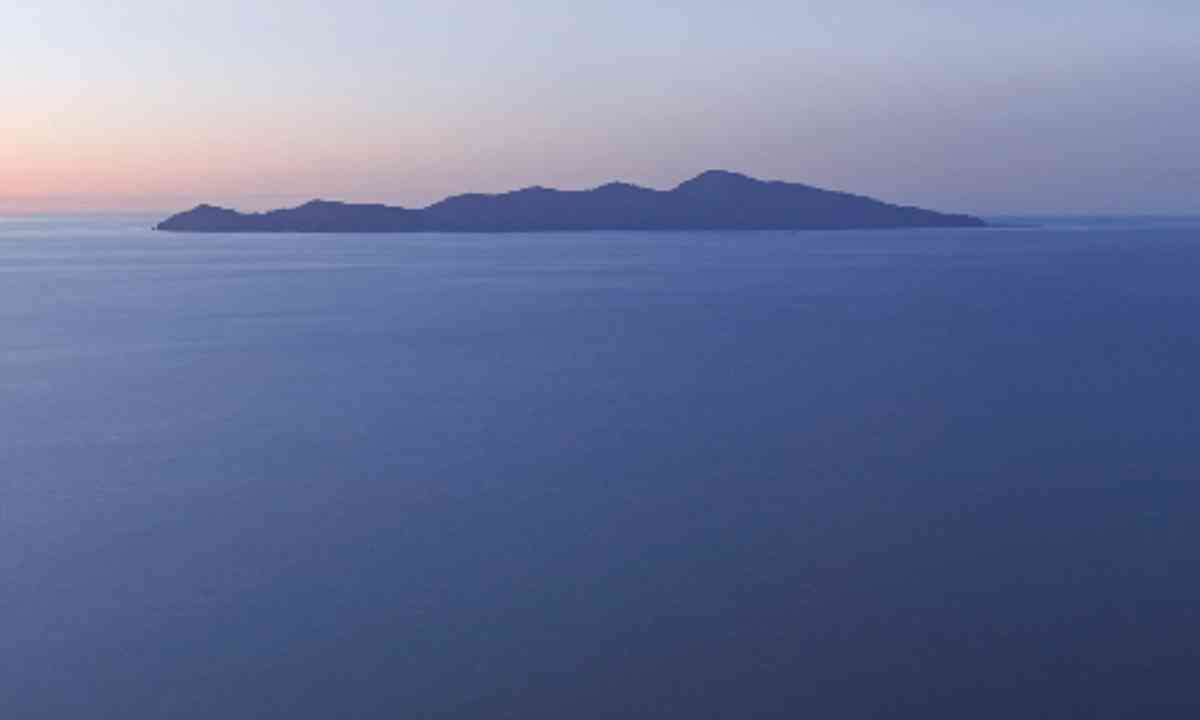 One of the most memorable experiences in New Zealand is to spot a kiwi bird in its natural habitat, Kapiti Island is the best place for this as Kiwis are extinct on the mainland and there are over 1,200 little spotted kiwis to see on the island.

You'll also have the opportunity to spot other endangered New Zealand birds such as takah, kokako, weka, morepork, blue penguins and royal spoonbills. For those who want a little more adventure, kayaking, snorkeling and walking trails to the highest point, Rangatira Landing, are also available.

Getting there: Take a 15-minute ferry ride from Paraparaumu Beach, one hour from Wellington.

Go for: Culture, and stately history

Originally settled by early migrations of Maori people and then purchased as a private residence by Sir George Grey, one of New Zealand's first governors, Kawau Island is now a must-visit island offering unusual history, fishing, swimming and boating.

Just an hour and a half from Auckland in the North Island, visitors can take ferries or water taxis from Sandspit Wharf near Warkworth. A major feature of the island is the historical, stately, Mansion House that stands alone in a secluded sunny bay with an extensive garden containing exotic plants and animals from all over the world such as wallabies and peacocks.

From the mansion, visitors can head to the walking tracks leading through the regenerating native forest to beaches, Maori pa sites and old copper mines.

Getting there: Catch a ferry or water taxi from Sandspit, near Warkworth (about one and a half hour’s drive from Auckland).

Those with a passion for wine can enjoy the island's wineries that produce unique, high quality wines based on Cabernet Sauvignon, Merlot, Malbec, Cabernet Franc and the recent move into Chardonnay grape varieties. At Mudbrick Vineyard, hand-picked fruit is nurtured from vine to bottle and the wines are carefully selected from classic French varieties. 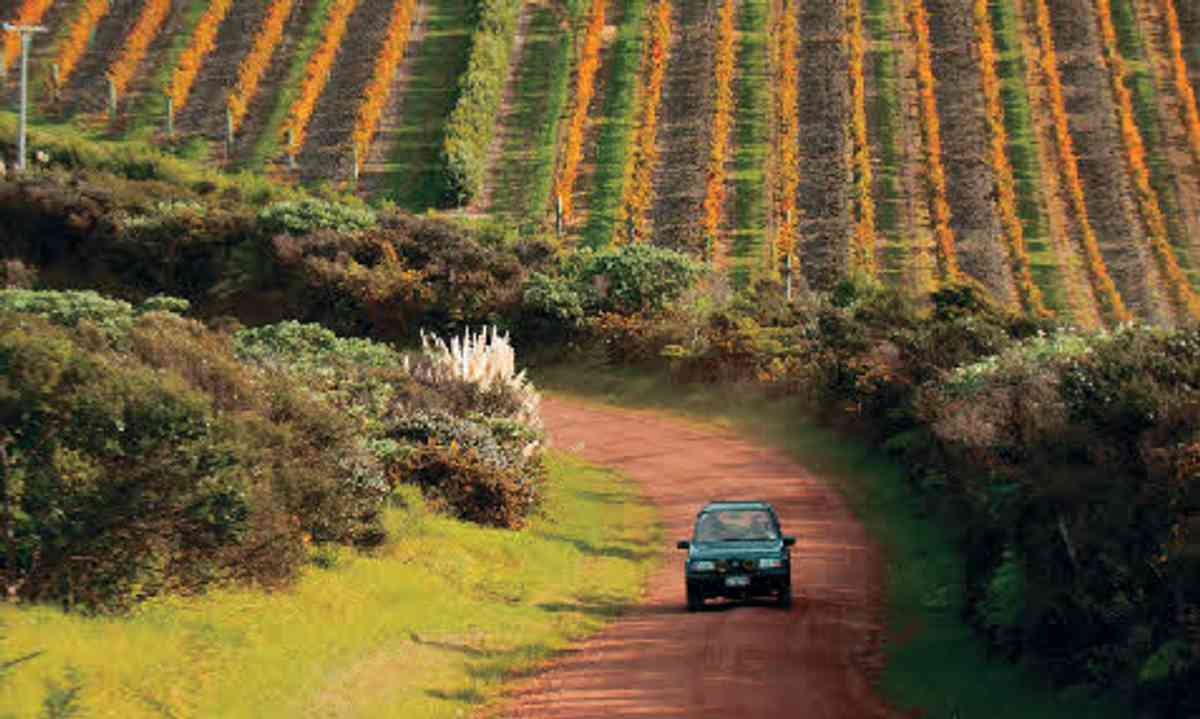 Stonyridge Vineyard is nestled in a valley of olive trees, colourful vines and the aromas of the south of France and offers wine tastings and café dining. The spectacular Te Whau Vineyard grows five star Chardonnay and Cabernet Savignon/Merlot, the best of Waiheke wine.

Getting there: Waiheke Island is a 35-minute ferry trip from Auckland, or 45 minutes from Half Moon Bay to Kennedy Point on the car and passenger ferry.

Go for: Adventures among epic scenery

New Zealand's only active marine volcano, White Island, is a giant, barren area streaked with iron oxide reds and vivid sulphur whites and yellows. It's located 48km off the shores of Whakatane in the Eastern Bay of Plenty, just 100km from Rotorua in the North Island. 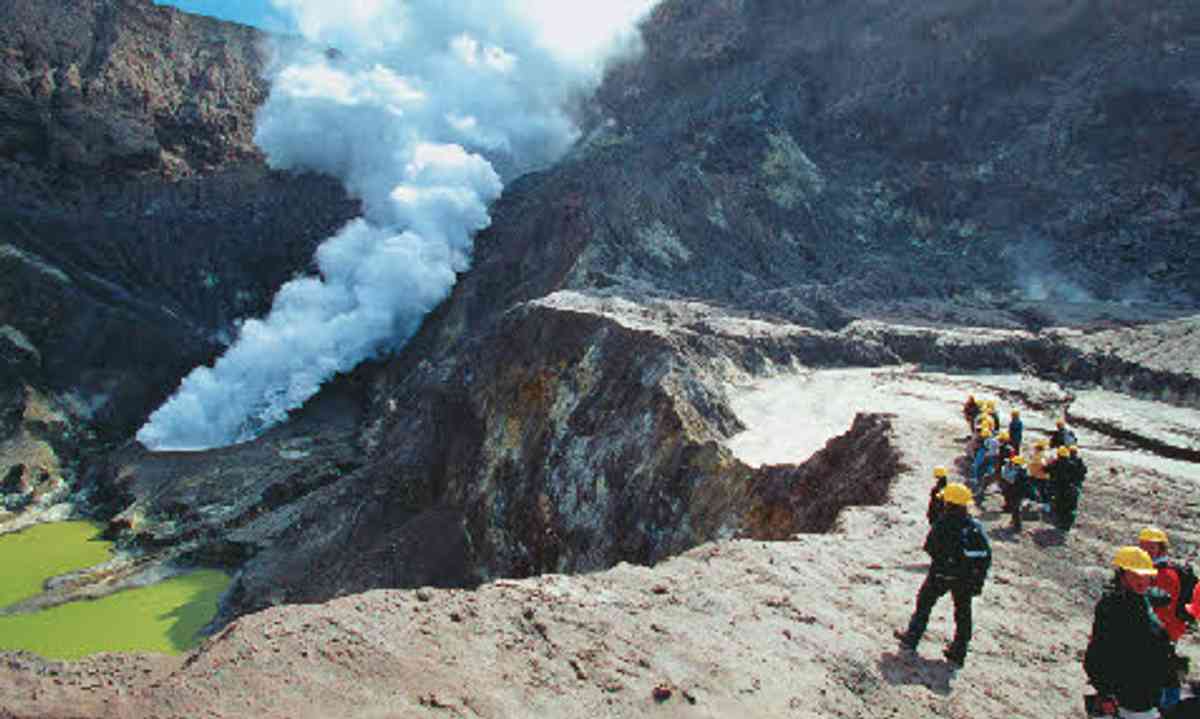 Getting there: White Island Tours operates a launch specifically built for the tours to White Island. The trip out to the island is approximately 80 minutes, depending on conditions. Want to arrive in style? Take a flight with White Island Flights, cruising over farm land, white sand beaches, off-shore islands, and landing right on the volcano.

Motiti Island is a true getaway destination, with a population of just 40 people. The island boasts great diving, fishing, swimming and snorkelling, and offers all kinds of beaches (from white sand sheltered bays to rocky shorelines on the ocean side). Keen divers can explore the tug-boat wreck known as Taioma, which lies on the sea floor just a few metres offshore. 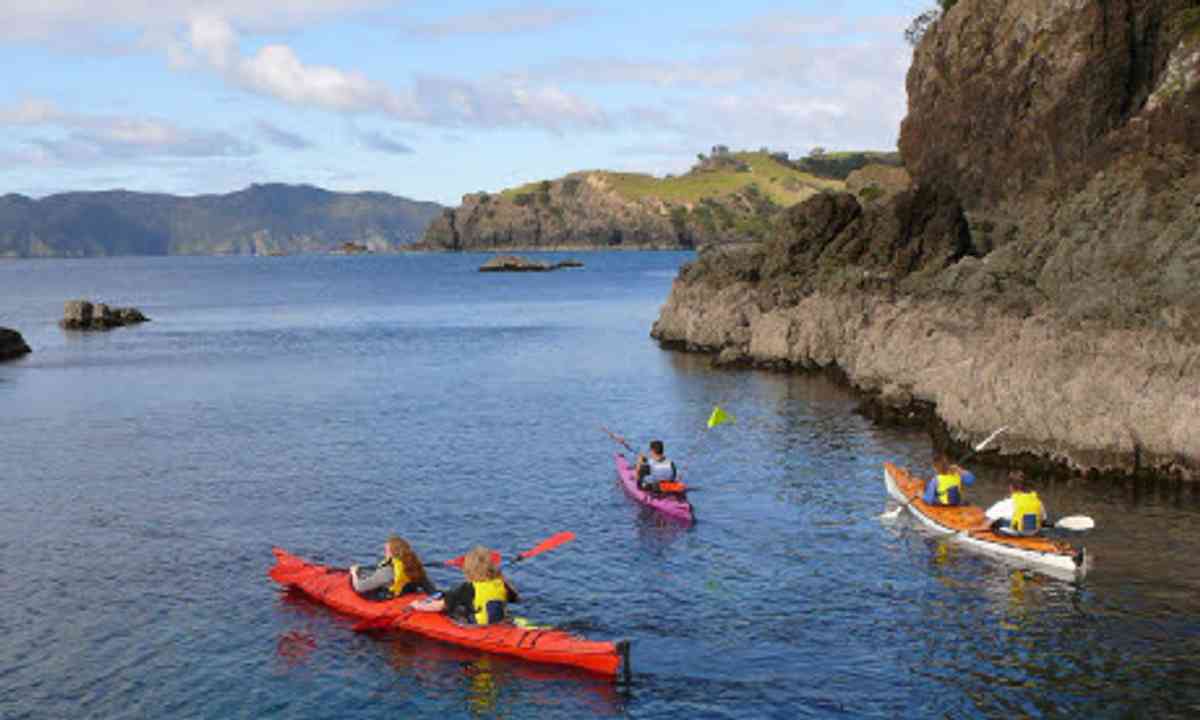 Fancy a seafood dinner? At the right time of year, divers can collect crayfish and scallops while fishermen can catch snapper, kingfish, terakihi and blue mao mao and cook them right on the beach.

Getting there: The island is a ten-minute flight from Tauranga in the North Island, although there are boat charters available from Tauranga too.

Go for: Wildlife and watersports

Known for its beauty and history, the Bay of Islands is paradise for those who love beaches and water activities. The Bay of Islands consists of 144 islands including Cape Brett, the Purerua Peninsula, Moturua Island and towns such as Opua, Paihia, Russell and Kerikeri. 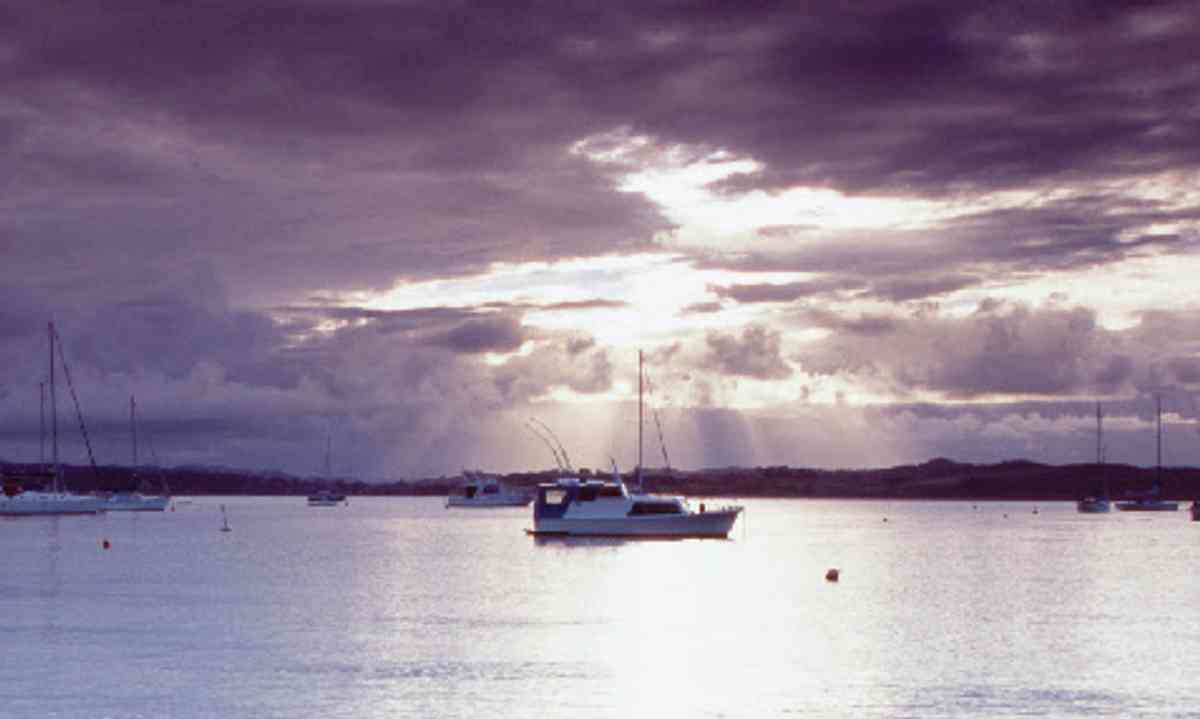 Whether it's sand dune surfing in Cape Reinga, a cruise to the famous 'Hole in the Rock', a day at the beach in Paihia or a boat ride around Tapeka Point to spot wild dolphins, whales and marlin, the area has something for everyone. Head to Urupukapuka Island for hard-core walking tracks and secluded campsites, too.

Getting there: The area is just a three-hour drive or 35-minute flight north of Auckland.