Iceland’s 5 quirkiest attractions and the story behind them

Iceland is a strange, ethereal place where the locals believe in 'little people'. From a Museum of Nonsense to a school for elves, you won't find these quirky attractions anywhere else on earth 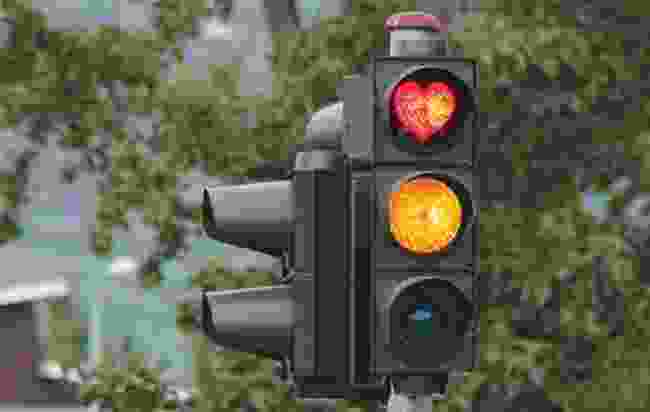 Travellers in Iceland who arrive in Akureyri by car have often driven many miles on the Ring Road or on dusty dirt tracks without encountering a traffic light. Which is why they feel doubly welcome on reaching Akureyri when the traffic lights tell them to stop by displaying a glowing red heart.

These traffic signals are left over from a campaign called ‘Brostu með hjartanu’ (Smile with your heart) that ran in 2007. In that year Iceland was particularly hard hit by the global banking crisis. Many people lost their money, their houses and their companies. "That is why we wanted to make a statement that warms our hearts and brings back our faith in the future," says Hulda Sif Hermannsdóttir from the town’s culture and marketing office.

People and companies in Akureyri could join in by hanging little hearts in their windows or printing them on their products. One year later, on the occasion of a family festival named Ein Með Öllu, many of the traffic lights in the town centre were converted to show a red heart, and they still raise the spirits of drivers who are forced to remain at a standstill for a minute.

Hermannsdóttir no longer knows how many traffic lights shine so cordially, but she does recall a heart as large as a football pitch consisting of about 400 light bulbs. This installation beamed in winter across to Akureyri from the slopes of Vaðlaheiði, a mountain situated opposite the town. "There are plans to revive this heart with new technology. Let’s hope it will soon be shining out again." 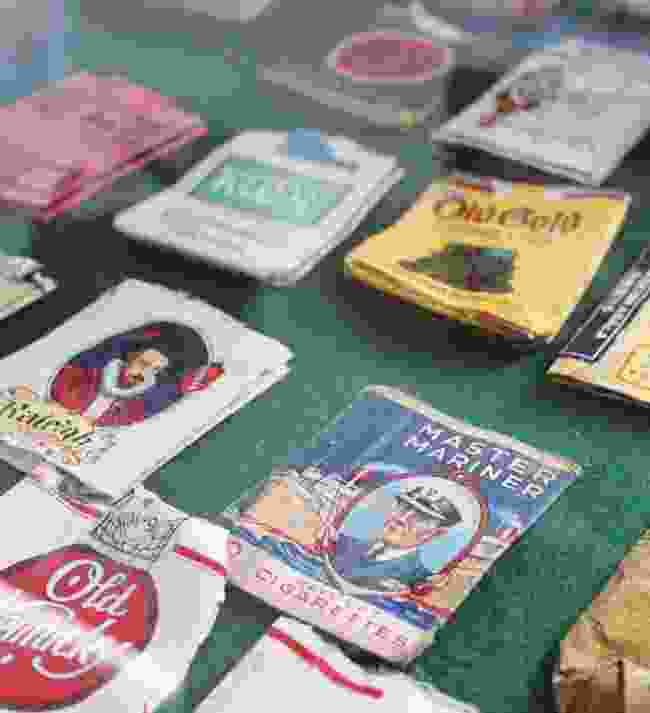 "What’s nonsense and what isn’t usually depends on your point of view," Valdemar Jónsson explains. He should know, because he runs the Dellusafnið, the Nonsense Museum, in Flateyri. "Things that have no value at all for one person are collected with great passion by someone else." And when you take a tour of his exhibition, this becomes clear: cigarette packs, matchboxes, teaspoons, police caps, model cars, crown corks, labels from wine bottles and sugar lumps, most of it meticulously lined up on shelves and in glass cases.

The Nonsense Museum was founded in 2010 by Jón Svanberg Hjartarson, a former policeman. He added more than 100 policeman’s caps and a lot of police badges from all over the world to the collection. The current director of the museum, Valdemar, was gripped by collecting fever in 1997.

"I bought an excavator for my construction company, and it came with a miniature model as a gift."

His collection is now so large that he presents it in the museum in the form of model landscapes – with sand, stones and everything else that you see on a building site. He is particularly proud of three small-scale trucks that he has painted in the same colours as his real vehicles.

A glance at the showcase filled with miniature liqueur and spirits bottles makes it clear that a passion for collecting involves a lot of discipline. Valdemar’s wife Nilma has gathered them on their travels.

"This is one of the most endangered collections of all," Valdemar quips. "But thank heavens, my wife never drinks alcohol." Collecting seems to be in the family genes: his daughter Hrefna has contributed an array of ball-point pens.

Whether this is nonsense or not, most visitors leave the museum with a smile on their faces, says Valdemar. "It’s only small children who are not always pleased, because they can’t touch the construction vehicles behind glass and play with them." 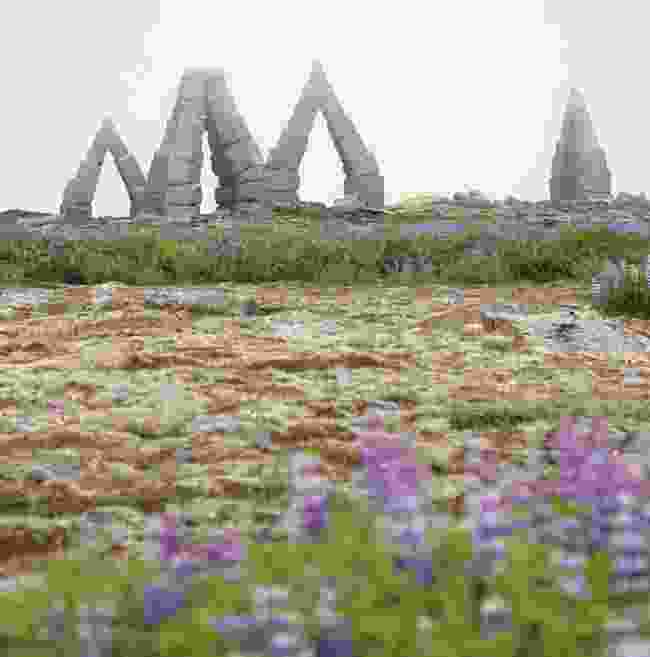 Rough blocks of stone form the four heavenly gates of the Arctic Henge. In the middle is a monument consisting of 11-metre-high columns that touch at their tips. They stand on a hill above the little town of Raufarhöfn in the north-east of Iceland and are part of Erlingur Thoroddsen’s master plan for tourism.

Thoroddsen is a hotel owner who has been thinking for many years about the details of his Arctic Henge, which is intended to attract more visitors. One day the heavenly gates are to be linked with a stone wall, making a ring with a diameter of 50 metres around the site. Inside this will be a second ring consisting of 68 stones and four large sculptures. On the model of the signs of the zodiac, each stone in the ring will stand for part of the year and will be allocated a dwarf from the Völuspá, a famous medieval Nordic poem.

This relates to Thoroddsen's marketing strategy. "All visitors can identify with a dwarf, according to their date of birth. We will also sell a souvenir for every dwarf." His plan is that these souvenirs will be made by people from Raufarhöfn. "Nothing made in China, only Icelandic handicrafts," says Erlingur. "This means that everyone can contribute to the project and benefit from it."

Although the Arctic Henge is still far from completion, the bright nights of midsummer are already the best time for a visit. "It is a magical experience when the setting sun shines through the north gate," comments Thoroddsen enthusiastically. In his imagination, he pictures this view on postcards of Raufarhöfn.

As the association that is responsible for the Arctic Henge often lacks money for materials and machines, the construction work has dragged on since 2004. When will the Arctic Henge be completed?

Thoroddsen gives an optimistic answer to the question. "It doesn’t matter when – the important thing is that it gets finished." 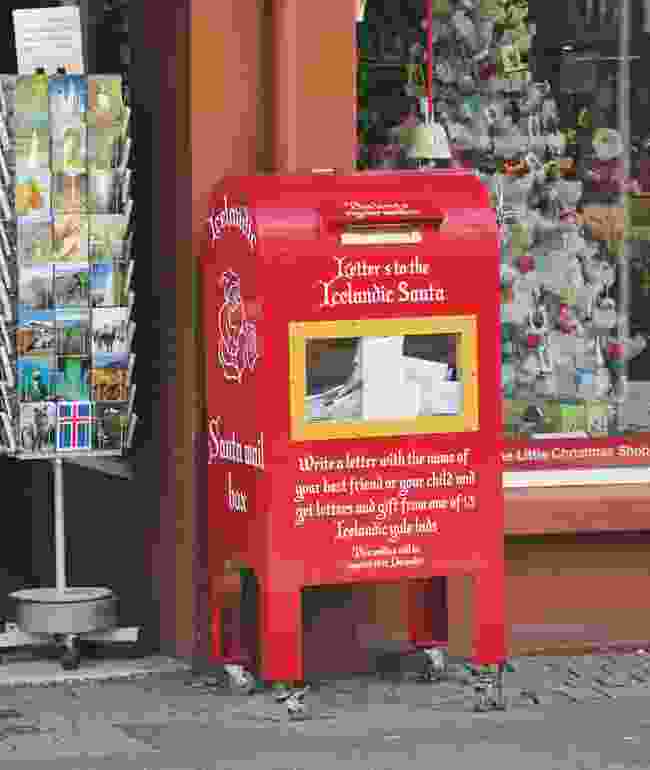 Iceland has the lowest population density of any European country. Nevertheless, its inhabitants allow themselves the luxury of no fewer than 13 Christmas trolls instead of a single Santa Claus. And the trolls have their work cut out to handle all the wishes communicated to them in writing that are posted all year round in the red letterbox at Laugavegur 8. It stands directly in front of Litla Jólabúðin, where Christmas decorations are on sale the whole year round. For around 12 euros you can buy a letter there and write the address of a well-behaved child (or adult) on it. During Advent, this named recipient then gets a letter from the Christmas trolls.

The red letterbox is emptied on 1 December. After this date the Christmas trolls have to work hard to answer all the letters because, according to Icelandic beliefs about Christmas, on 12 December they leave their cave in the highlands, one by one, and pay visits to people in the towns.

Over the course of their long lives, the old trolls have acquired strange preferences that have given them their names. One of them is the foam thief Giljagaur, who likes to slurp the foam from freshly-made milk. Another is the door-kicker Hurðaskellir, whose habit is to creep through the house and loudly slam open doors to give people a fright. The last of them to leave the cave, on 24 December, is the candle-taker Kertasníkir, who steals the candles from Christmas trees.

Despite these eccentricities, the Christmas trolls also bring along small gifts for children, which are placed in their shoes in exchange for cheese, milk or Christmas pastries. But take note: if you have been naughty, on the following morning all you will find in your shoes is an old potato. 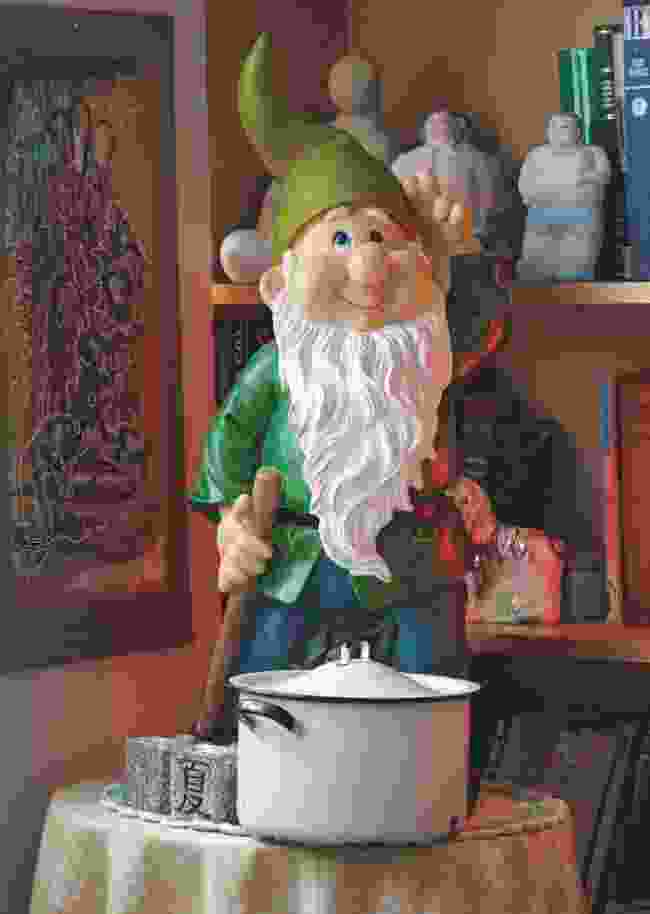 A student at the Elf School, Reykjavik (Kai Oidtmann)

Belief in elves is widespread in Iceland and deeply rooted in the history of the country. It therefore comes as no surprise that there has been an elf school in Reykjavík for almost 30 years, though its pupils might expect to find the classrooms in a mysterious and mystic place rather than in a crowded room in an apartment on an industrial estate.

There are almost 10 students in number, and they are given an extremely warm greeting by the ‘headmaster’, and master storyteller, Magnus H. Skarphéðinsson – no wonder, as they are paying 43 euros each in ‘school fees’, not an elf-sized sum. In carpet slippers, track-suit trousers and a crumpled jacket, after a short round of introductions he starts the first lesson, devoted to elf theory. About half of all Icelanders believe in elves and ‘hidden people’. Elves range from tiny to human-sized, and prefer to live in rocky places. "So that people can’t drive cars through their invisible houses," says Magnus. Some of his pupils take the explanation seriously, others are amused.

The class consists of inquisitive tourists who believe in elves to a greater or lesser degree. Magnus dishes up entertaining stories to them in the following three or four hours, and pancakes with cream in the break. His tales are interrupted only when the participants report about their own experiences or Magnus passes round a "genuine elf saucepan".

It is said that even President Barack Obama had his attention drawn to the elf school. This happened when Obama met Magnus’s brother Össur at a congress. Össur was foreign minister at the time, and was apparently checked by the US secret service. Obama is said to have asked Össur whether his brother Magnus really believed in elves.

"He definitely does," replied Magnus with great conviction. And why not? After all, for three decades he has been giving lessons to pupils who share his belief. 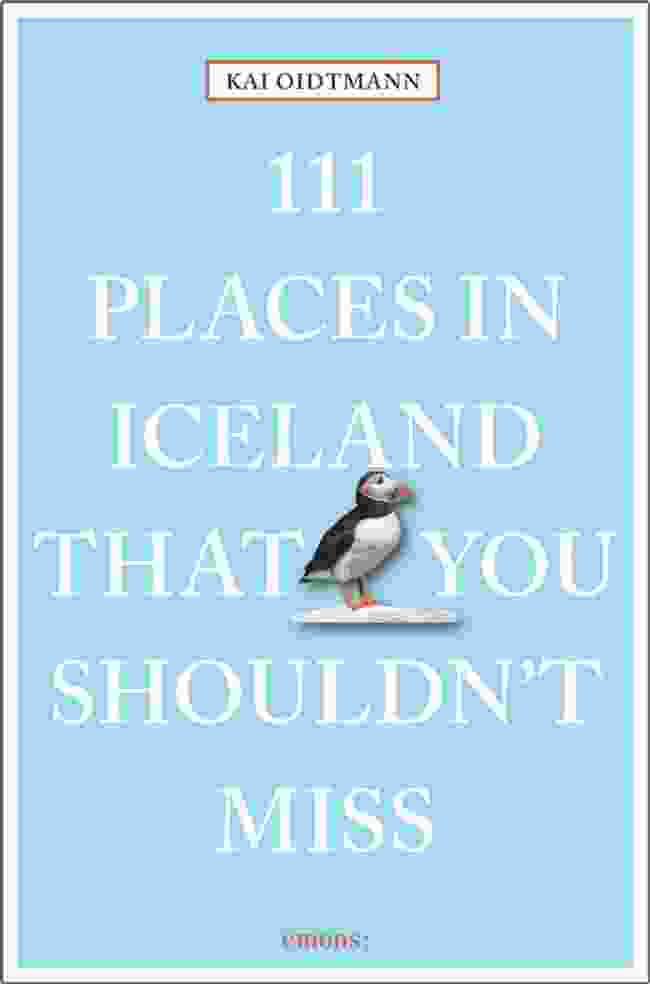 111 Places in Iceland You Shouldn't Miss by Kai Oidtmann is published by Emons Verlag GmbH. You can order your copy now on Amazon