How to use Britain’s bothies

Across Scotland – and parts of England and Wales – there is a network of old buildings with incredible views and access to wild places that you can stay in, for free…

The air buzzed with conversation. “Where have you come from?” a Scottish voice quizzed. “We’re hoping to cycle to the top of the mountain,” an Australian told two English brothers. While a New Zealander and I chatted about our favourite South Island walks.

Then, the door creaked open. Conversation momentarily stopped while we all eyed up these latest arrivals: a German man and his two Polish friends. “We brought coal!” he announced, and the whole room burst into cheers.

It sounds like an international hostel in just about any big city; a common room filled with strangers meeting and sharing stories. But in fact we were in Scotland on the banks of the Lui Water, in the Cairngorms National Park, in a building known as a bothy.

There were no wardens, no booking systems, no payments being made. Bothies, you see, are shelters left open for outdoor lovers to use all over Scotland (and parts of England and Wales) – for free.

I’ve been accessing this network of shelters for the past ten years, but know how novel the idea can sound to the uninitiated. The notion that a landowner would leave one of their buildings unlocked for people to sleep in, but not charge for the privilege, sounds crazy.

And the idea that an entirely donation-funded and volunteer-run organisation – the Mountain Bothies Association (MBA) – exists purely to raise money to maintain and furnish these buildings sounds even more unlikely. But such is the case, and this year the MBA celebrates its 50th anniversary.

Alpenvereinshütten, chatas, wilderness huts, backcountry bunks – even if you’ve never stayed at a British bothy you’ve probably heard of one of their foreign cousins.

The idea of staying out in a hinterland cabin is not a new one. The Swiss Alpine Club has built huts for climbers and walkers since 1863; the Appalachian Mountain Club in North America constructed its first backcountry shelter in 1888.

And places around the world, from Norway to New Zealand, Poland to Patagonia, are home to networks of cabins that provide beds for weary travellers. Where the bothies in Britain differ is that they were never built for that purpose. 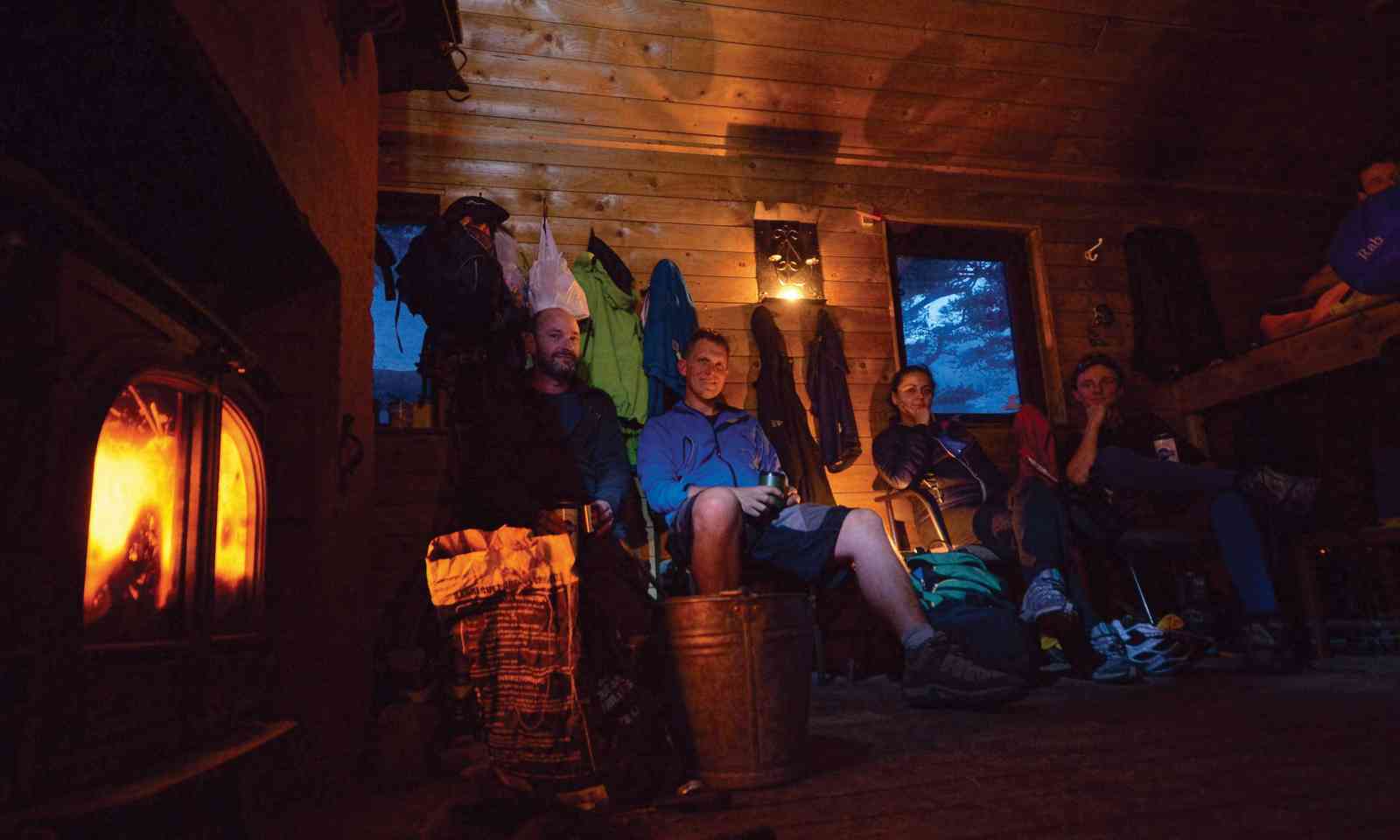 Like many others, the bothy I was staying at in Scotland had had a former life – it used to be an outbuilding of the deerstalker’s homestead on the Mar Lodge Estate. It is now looked after by a team of local volunteers outside of the MBA.

Buildings like these, along with old estate-workers’ cottages and bunkhouses for quarrymen or dam-builders, used to serve a specific purpose, housing those needing to stay out in wild spots where a commute would have been impossible.

This was largely in the 19th century; however, with the arrival of better transport links, agricultural machinery and cheap vehicles, the buildings became obsolete. Slowly they were abandoned to nature, left to the mercy of the elements.

However, thanks to husband and wife team Bernard and Betty Heath, and a handful of volunteers, the MBA was formed in 1965, and now these neglected buildings offer refuge to those seeking outdoor adventure.

The best way to think of bothies is like stone tents. They offer four walls and a roof, sometimes sleeping platforms, often stoves or fireplaces, maybe a table, but that’s it. There’s no electricity, no gas, no central heating. There’s no running water – you use the stream (there’s nearly always one nearby).

There’s no bathroom – but there is a shovel, so you can dig your own. And there’s certainly no TV. You need to bring all your camping gear – sleeping bag, mat, stove, food, headtorch, some fuel for the fire if you can; you should even bring a tent or bivvy bag in case the bothy is full.

There is no way to know if there will be space or not, just as you never know who you might end up sleeping next to – but then that’s half the fun. 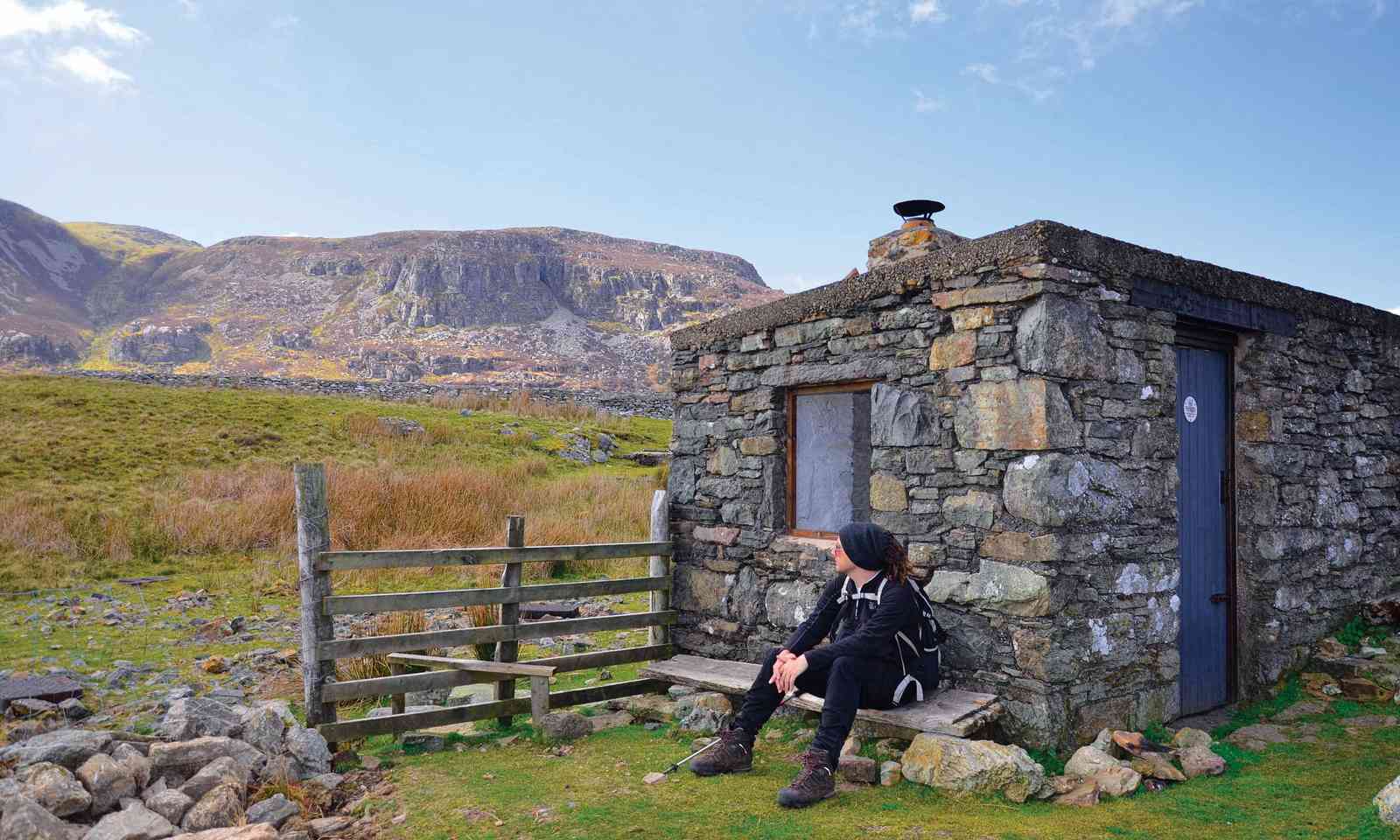 Thrill of the unknown

Recently I took my friend Jon to his first bothy in Northumberland. It was a one-roomed stone building up above a small hamlet called Byrness, deep amid a valley on the English-Scottish borderland.

I’d stayed there many times before, and felt lucky that I’d always managed to get it to myself, but impressed on Jon that this was by no means guaranteed.

“Do you think we’ll get there before dark?” he asked as we strode the avenue of conifers. We walked for another40 minutes, emerging from the trees to hear the babble of Spithope Burn below the path and see the hills on either side begin to glow in the final throes of sunlight.

“There it is,” I said gesturing at the metal roof peeking from behind a rise. Jon looked relieved, but I was happy for a different reason. Inspecting the chimney for smoke (there was none) and the windows for flickering candlelight (only darkness) I knew that – for now – we had it for ourselves.

As we approached the door excitement fizzed in my stomach – the same as it does just before a drop on a rollercoaster, the anticipation of not knowing quite what’s to come. I told Jon to knock first and open the door, wanting him to experience that same feeling of finding out whether or not the building is free.

He obeyed, and immediately an ecstatic look spread across his face: “No one here!” Within minutes we’d made this uninhabited building homely, setting up our sleeping kit on the bunkbed platforms, setting a fire going, lighting candles and cooking up some food.

We chatted about the different bothies I’d stayed at – ranging from small, cosy shelters like this one at Spithope to huge six-roomed affairs in a little-visited corner of England’s Lake District. We leafed through the bothy’s visitor book and, warmed by the fire and soothed by hot drinks, began to get sleepy. 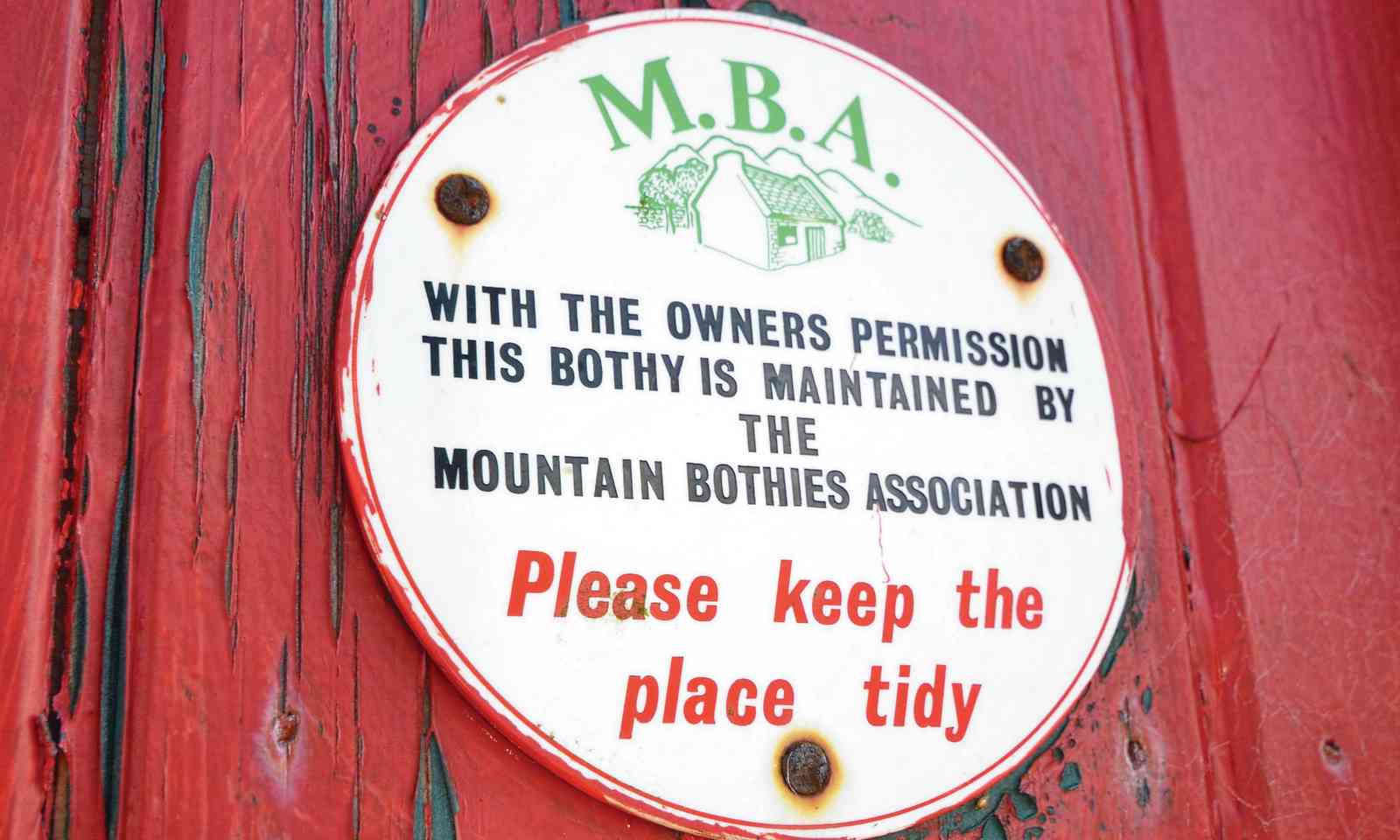 All bothies are run and maintained by volunteers (Neil S Price)

Jon headed outside to brush his teeth while I cleaned the pots. Suddenly I heard him calling me: “Come quick!” I rushed over to see him looking worried. “Is that a person coming do you think?” he gestured into the distance.

Between the tree branches on the horizon I could see a little orange light flickering. “It might be,” I said, “you can never assume you have the place to yourself.” We stood in silence, watching for a while before deciding it might be a light from a distant farm building, distorted by the leaves moving in the breeze.

Excitement over, we headed back inside. I snuggled into my sleeping bag just as rainstarted to tap on the roof – surely one of the most satisfying sounds in the world.

As I drifted off to sleep I smiled, in love with the unpredictability of staying in bothies – the lack of control you have, even if you’ve planned every detail. For some people it’s too much of a worry; for me it’s a key part of their charm.

A night to remember

Back in Scotland, our conversations were winding down. One of the mountain biking party had a sheepdog, which nuzzled my legs as I unrolled my sleeping bag. We all started sharing stories as a group, discussing the best viewpoints from bothies we’d stayed at.

From coast-fronting spots on the Isle of Skye to mountainside huts in England and reservoir-adjacent shelters in Wales, there are over a hundred bothies in the MBA’s care alone, and many more private ones, which you learn about through conversations with other bothy users.

Before we all retired to sleep there was a flurry of excitement. One of the Scots went outside for a cigarette and shouted for us to join him: he’d spotted an otter leaping over the hillocks in front of the river.

I arrived in time to see its long, dark tail rising and falling, snake-like, as it shot off into the night. Before heading inside I looked up to see another amazing sight – we were far from any light pollution, and the whole sky had become a canvas of twinkling stars.

I slept well that night, warmed by the heat of a room filled with people, happy to have met so many like-minded strangers, and woke to morning sunlight seeping through the windows. Someone was already brewing coffee; they offered me a cup in a whisper and I took it outside to survey my surrounds.

The wood-and-stone hut looked like a Swiss log cabin, the trees that grew nearby were alive with birds singing a greeting to the day, and the stream bubbled. It was such a perfect place to spend the night – and morning. I am ever grateful to the tireless work of the volunteers who make staying in these wild places possible.

Inside the hut I could hear more movement. People were making breakfast, others were packing their kit away, eager to crack on with their day. After a night spent sharing the same wild, unpredictable experience, everyone was relaxed, talking freely, laughing easily.

We had all arrived by different means, had taken different journeys to get here, had different stories to tell and soon would leave on different paths. But for one night and one morning we were all united.

Book of the Bothy (Cicerone, £12.95) by Phoebe Smith is out 15 August 2015. Wanderlust readers get a 25% discount. Enter WANDERLUST at the checkout at www.cicerone.co.uk.

If you plan to use MBA bothies, it’s recommended that you join, to be kept informed of the latest news/openings/ closures and give something back. A year’s membership costs £20 (under-16s and over-60s: £10). See mountainbothies.org. uk for details and to donate.

It’s not first come, first served; bothies are there for everyone to use, so try to accommodate anyone who turns up. No one should be left out in the cold.

Always take a tent or bivvy bag with you in case the bothy is full/closed/ damaged. Or in case the weather is so good you’d rather camp.

The whole point of staying in a bothy is to gain access to wilder places, so get there, stay the night, then move on. Any more than two nights in the same place requires permission. Group numbers should never exceed six. If the estate closes the building temporarily, respect its wishes.

Very few bothies have toilets so when you need to go, go responsibly. This means digging a hole (15cm deep) at least 200m away from the bothy and at least 50m from any watercourse, and then filling it in afterwards. Carry out all toilet paper and sanitary products. If the bothy does have a toilet, follow its flushing instructions to the letter.

Leave the bothy in a better state than you found it

Take out all rubbish (even if it’s not yours), don’t leave behind opened food (it can attract mice) and sweep up any debris from the fire. If everyone leaves them clean, everyone finds them clean.