The Cagol family head deep into Kalimantan in search of orang-utans. How will the kids adapt to life in the Indonesian rainforest?

Our adventure in Kalimantan, the Indonesian part of Borneo, began in Palangkaraya. We hired a boat to take us up river, stopping off at traditional Dayak villages and looking out for wildlife, especially the elusive orang-utan.

The boat headed up stream to Bukit Rawi, past stilted and floating houses lining the river banks. The villagers had heard that we were bringing children, so the local school met us at the pier to provide a traditional Dayak welcome. Musicians and dancers put on a performance for us and the kids got to play the local game of dancing between sticks. 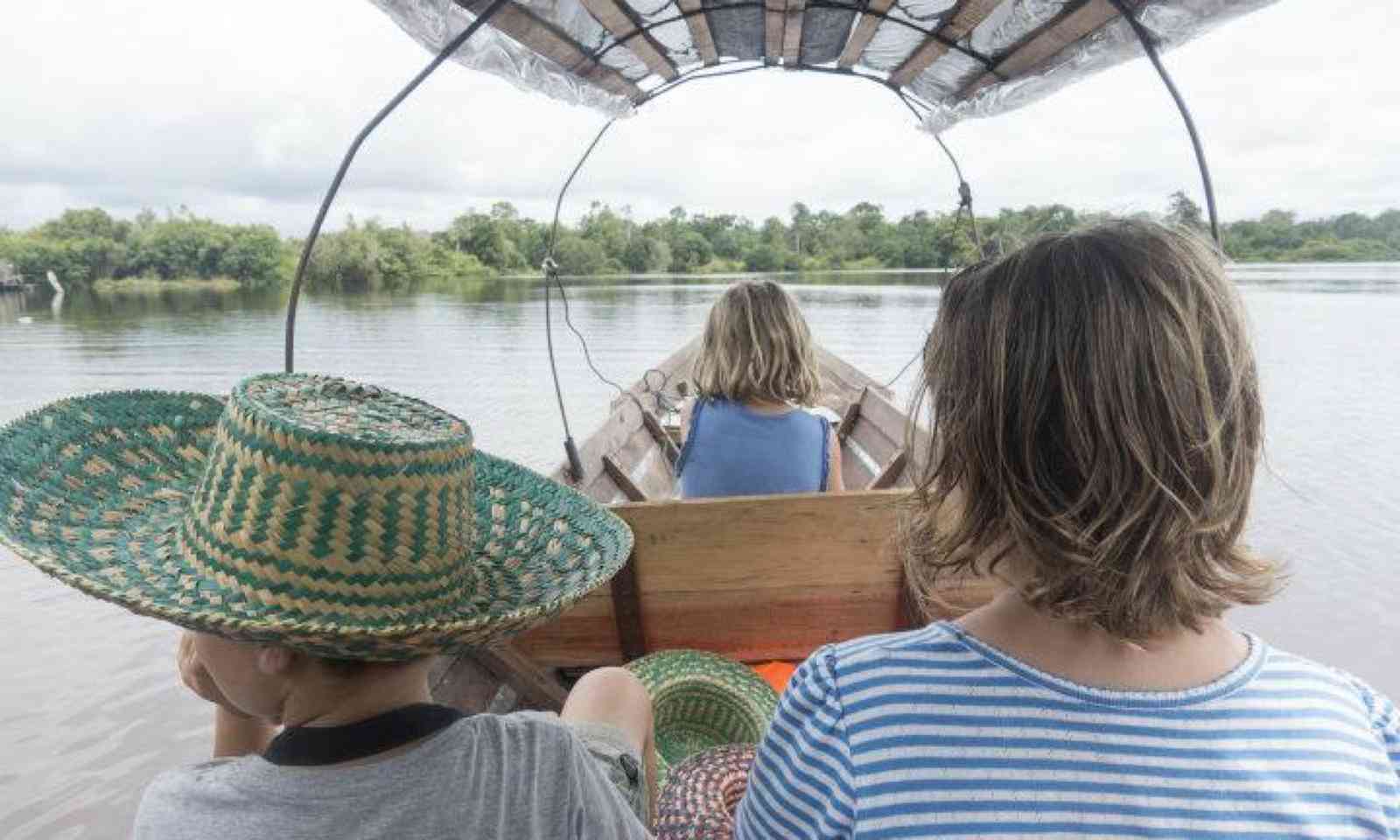 We were taken into the village to meet Herta, an old lady who weaved rattan and remembers when the Japanese invaded the village during the Second World War. Herta never married, lives with her brother and works incredibly hard to weave baskets, handbags, coasters and art pieces. She was very sweet so we bought an art piece from her and two coasters for the girls.

The kids were impressed by the local costume that featured hornbill feathers, but not so sure about the bone houses where the Dayak Ngaju people encased human bones in painted boxes. The guide had explained that in the past they used to sacrifice humans and that head hunting had been practised here too.

Our boat was our transport, hotel and restaurant, all rolled into one. After a short trip down stream, we moored up for the evening. We enjoyed a very impressive meal, cooked in a very limited space, before settling down for the night, a fan to keep us cool and a spectacular thunder and lightning show to serenade us off to sleep. 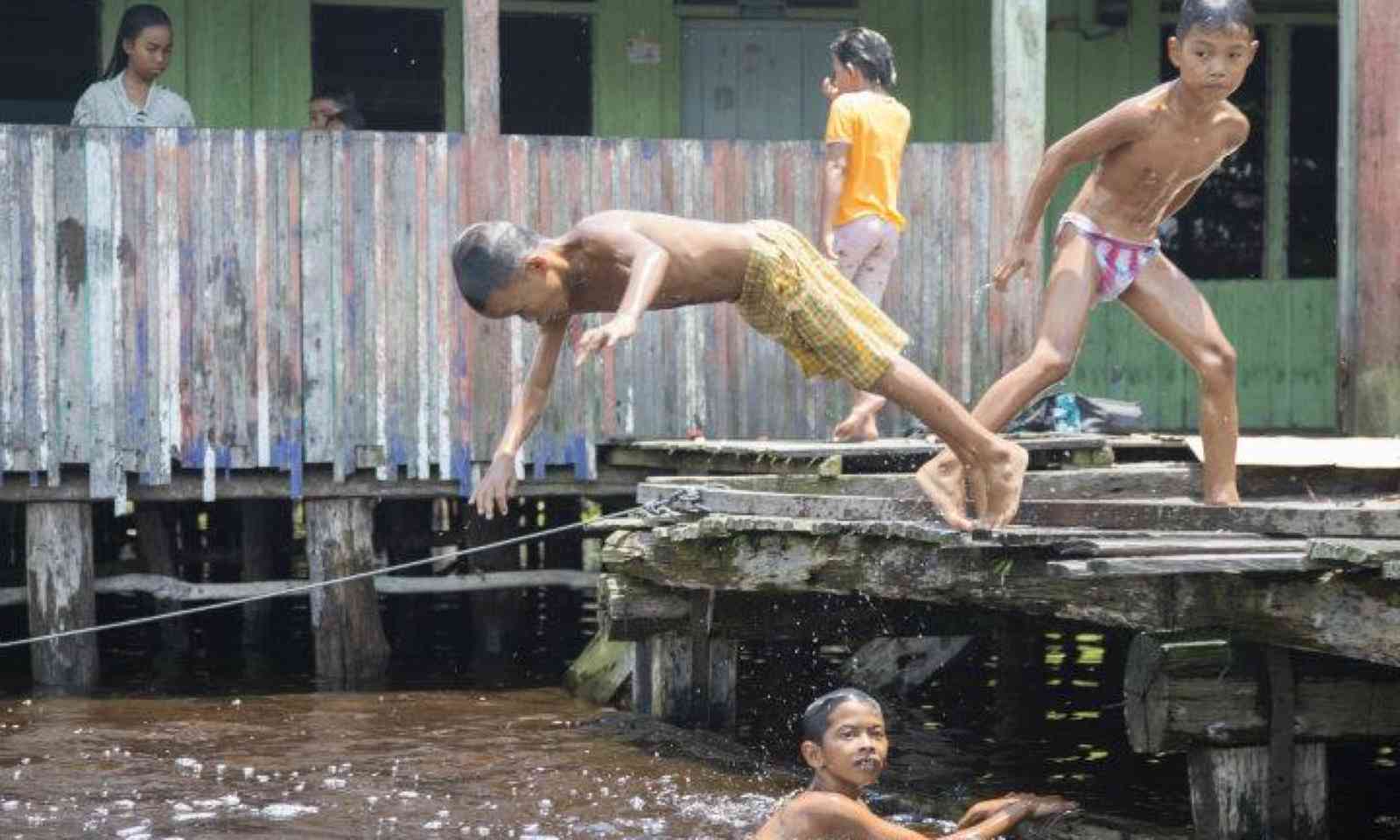 The next morning we visited the village of Katimpun, where we were greeted by the local teacher, Pery. He took us on a tour of the village, leading us along a succession of wooden planks to show us the library he is building for the village. The local children were excited to see us and began showing off by jumping into the river and paddling their wooden canoes. They rarely see foreigners, explained Pery. And almost never see foreign kids.

Our afternoon of wildlife spotting from a ‘traditional’ motorized canoe did not go quite as planned. 10 minutes into the trip the engine broke down and wouldn’t start again. Surprisingly, the ‘captain’ could get mobile coverage and called for his son to come and rescue us. The commotion had scared off all the wildlife, of course, but it was an adventure for the kids. 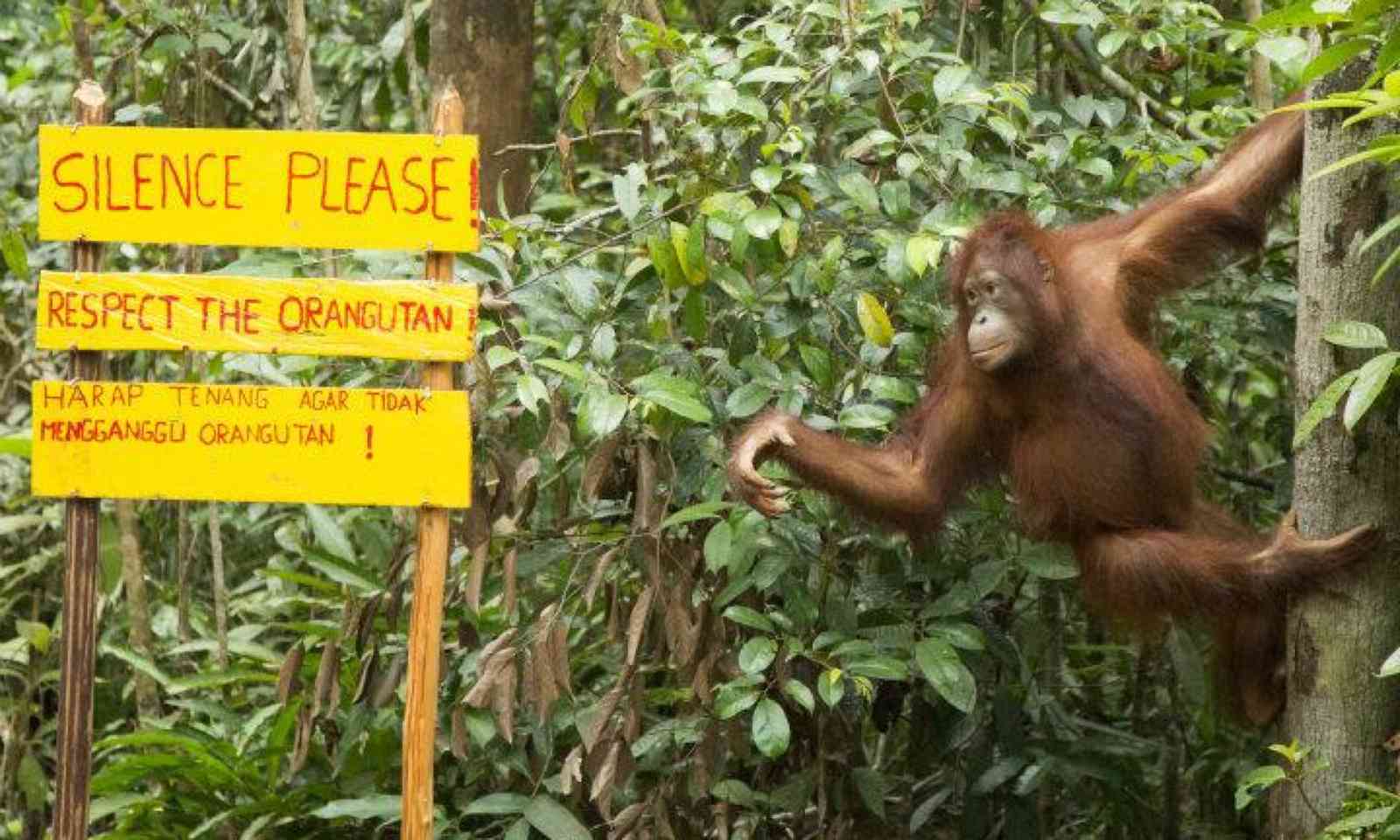 The next day orang-utans were on the agenda, the main reason for our trip here. Our destination was the BOS Foundation on the Rungan River, where orphaned orangutans are rehabilitated and then released back into the wild.

Orang-utans are by nature solitary animals, but with the rapid destruction of the rainforest there is less room in the wild to share, so they need to learn to get along. They are then taken to pre-release islands, where their progress is monitored, before they are finally set free in the wild.

The visit to the centre was both inspirational and sobering for the children. The centre is doing great work, but the sad news is that the orang-utans’ habitat is being destroyed and they are still hunted for meat and their babies sold as pets.

Our visit finished on a memorable note, though. We were taken by canoe to the pre-release island, where the kids were able to spot a number of orang-utans, first in the trees, and then by the river edge. It’s a memory that I’m sure will stay with the children for a long time.


Edwina and Mauro Cagol are travelling around the world for a year with their three young children. To find out more about their adventures, visit their blog. All images by Mauro Cagol.