From using light to being ready to react, Graeme Green reveals the skills that will help your photos stand out as you start your career as a wildlife photographer

1: Know what you’re looking for 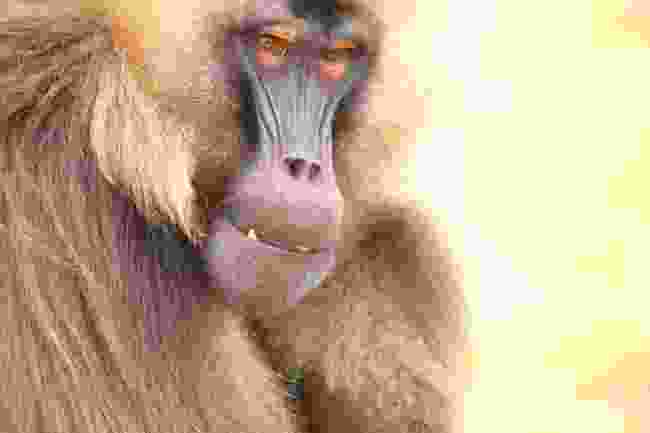 If you’re the kind of photographer that loves the thrill of the chase and the kill, it makes sense to head to prime hunting grounds, load up a huge lens and keep an eye out for predators stalking prey. If playful or offbeat behaviours are more your thing, the animals you look for, the places you go, the lenses you use and the approach you take is likely to be completely different.

From intimate soulful portraits to big spectacles, it’s worth thinking in advance about what’s important to you.

Of course, there’s nothing to stop you being flexible on the ground and switching things around to seize opportunities that present themselves. But working with purpose makes it more likely you’ll get the kind of photos you want and that stand out.

2: Be ready and react quickly 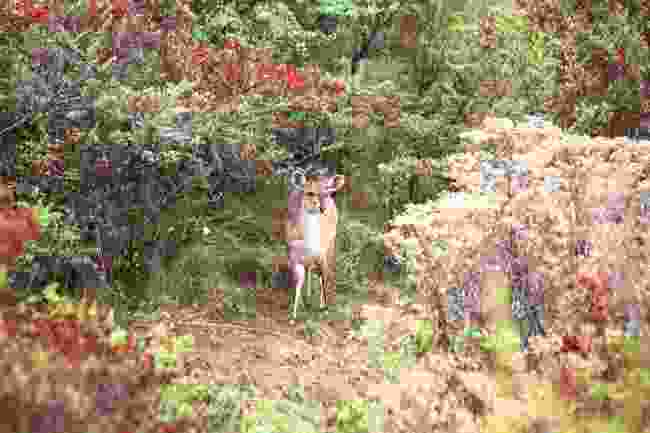 Animals are bad models in terms of taking instructions. A chimp that just somersaulted through the trees is unlikely to go back and do it again for one more take. You need to capture incredible moments when they happen.

Animals can also be shy, bolting at the sight of humans. If what you’re looking for does show up, you might only get one stab at it.

All that means you have to be ready, watch closely and react quickly. If waiting for long periods, consider a tripod or mount to hold your camera in position and save your arms and neck the pain of holding a heavy camera in place.

3: Become a student of behaviour 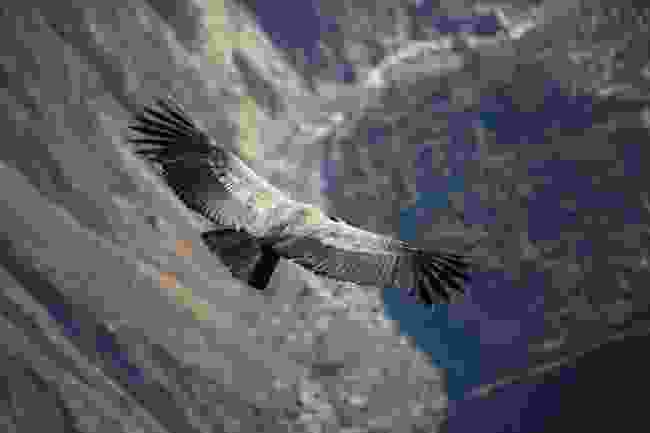 For most wildlife photographers, the photography goes hand in hand with a love of nature, spending time in the great outdoors and studying animal behavior.

Read up and do your research. Best of all, talk to local wildlife guides, as they’re usually experts on animal behaviour, with years of experience, and can tell you when and where an animal might be active, what direction they might travel in, or any remarkable behaviour you should look out for. Knowing ahead of time what animals are likely to do ups your chances of capturing special moments from the right position and in the best way. 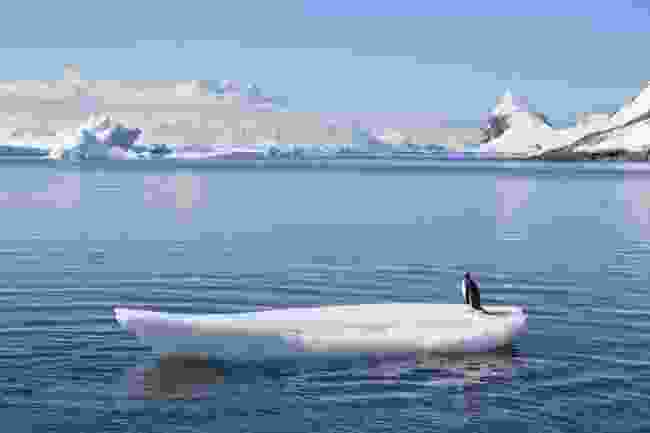 The more time you spend with wildlife and wildlife experts, the more you develop a ‘Sixth Sense’, or at least a good system of educated guessing. You start to known when a bird is about to take flight, or when two musk ox are working up to a brawl.

Being able to ‘predict the future’ means, again, being ready for the shot when it happens.

It’s also worth looking for patterns, such as monkeys moving in a chain through the forest or penguins leaping out of the ocean at precisely the same spot, and taking advantage of that predictability by being in the right place at the right time. 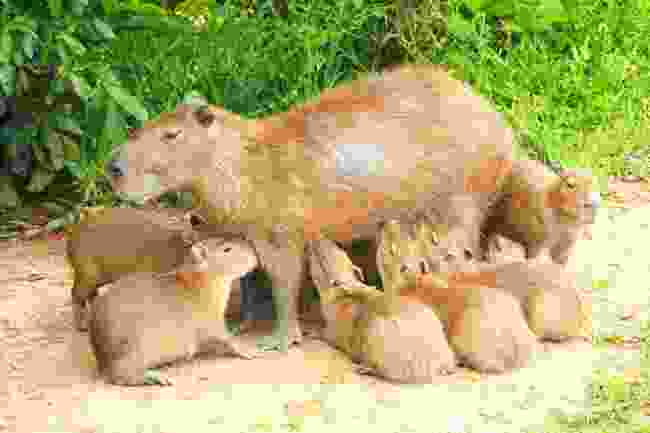 Spend time getting to know your camera. Think about and experiment with elements, such as shutter speed. With some photos, you’ll want the animal sharp and clear, whereas others might look good with a blurry suggestion of movement. Also consider focal points and depth of field, what you want to draw the eye to, whether you want an animal to stand out or to be part of it’s environment.

You want to get familiar enough with your camera so that you can make changes quickly, almost instinctively. The last thing you want to be doing when The Animal Kingdom’s Rarest Creature is staring right at you or Nature’s Greatest Phenomenon makes a showing is struggling to find the right settings.

I usually test my camera in an environment ahead of time, when there’s nothing happening, to make sure I have something close to the right settings if something remarkable does occur. 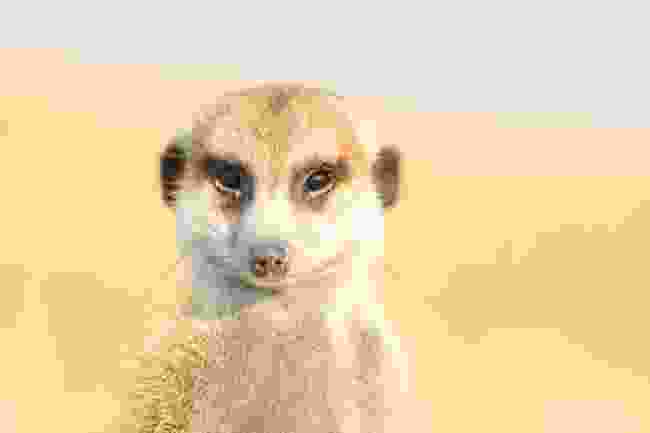 Safaris often mean spending time in vans and driving around, searching for wildlife and photographing it from the vehicles. I’ll happily get out of the van any time I can and set out on foot.

Taking a walk across a grassy plain or through a jungle makes me feel more connected to the environment and more alert. It’s also useful to be able to get low to the ground, or even on the ground. As with humans, a photo taken from above, looking down on an animal’s head, rarely captures their best angle. 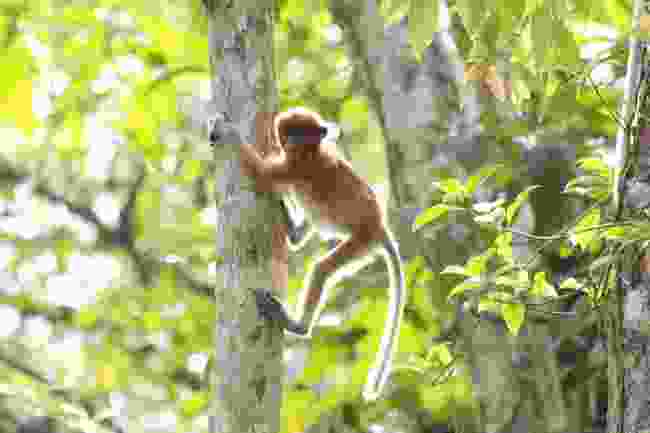 Even the most remarkable animals can look drab or lifeless if there’s no light or very flat light (from above) in a photo.

There’s a helpful symmetry between the fact that a lot of animals, especially predators, are most active in the early morning and late evening, when warm light is also coming in at good angles, which is why most safaris run at those times, whereas they’re least active in the warm middle of the day, when the light is directly overhead.

Regardless of location or time of day, it’s always worth looking not just at the subject but what the light is doing. Think about the kind of shot you want, whether you want an animal lit from the side, the front or back.

Don’t be put off by just a little light either. A beam of light coming through the trees, used in the right way, can still make for a great picture. 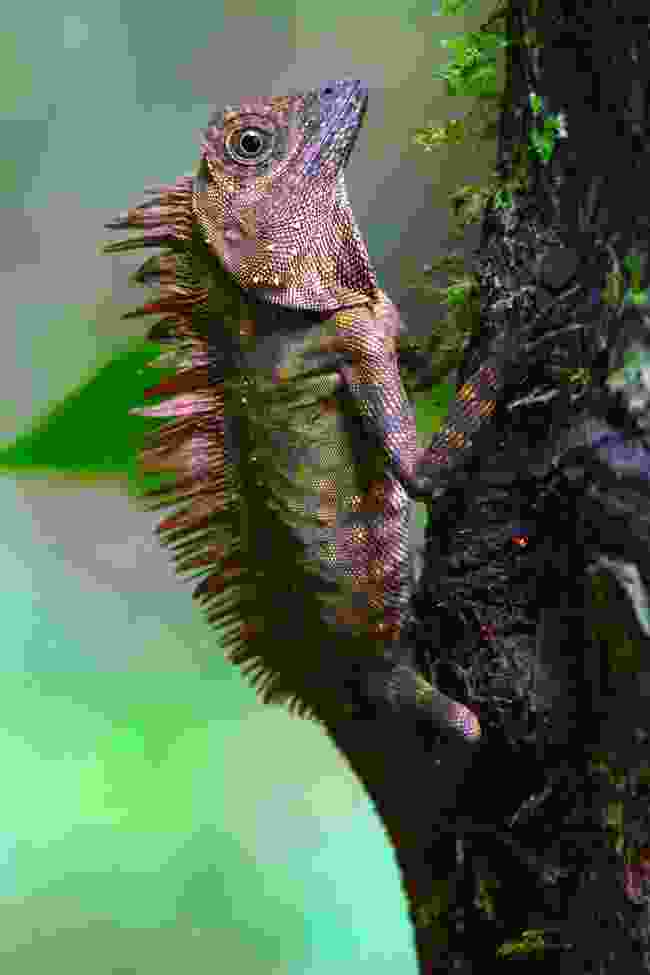 Great wildlife photography isn’t just about the big, obviously spectacular animals, like lions or gorillas. As you explore, keep your eyes peeled for the big beasts’ tinier neighbours sharing the environment.

Small lizards, colourful birds, bizarre insects and other little creatures can be just as colourful, fascinating and photogenic as nature’s headline acts. 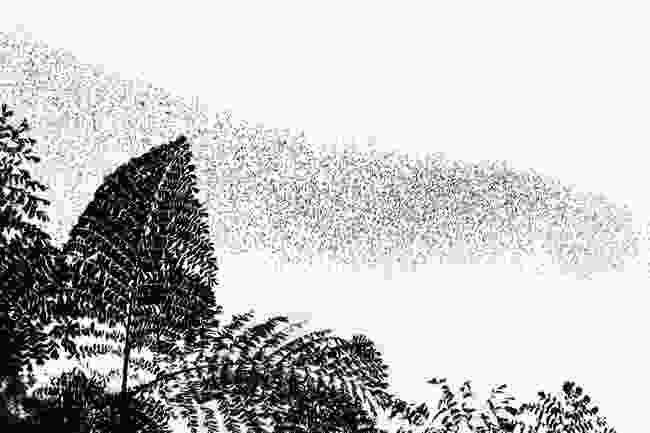 The more time you spend taking wildlife photos, the more rewarding it is to be creative and find your own way of doing things. Try to push your pictures in new directions from photos you’ve taken before or that you’ve seen from other photographers, whether capturing something unique, framing things differently, seeking out interesting light or playing around with effects.

Sometimes creativity is a necessity, too. On an assignment in Sarawak, Borneo, photographs of the mass exodus of thousands of bats from Deer Cave in Mulu National Park as they filled the sky lacked impact. Instead, I had to pair them against features from the landscapes, the entrance of the cave and massive leaves, to produce a few shots I really liked.

10: Think about details and patterns 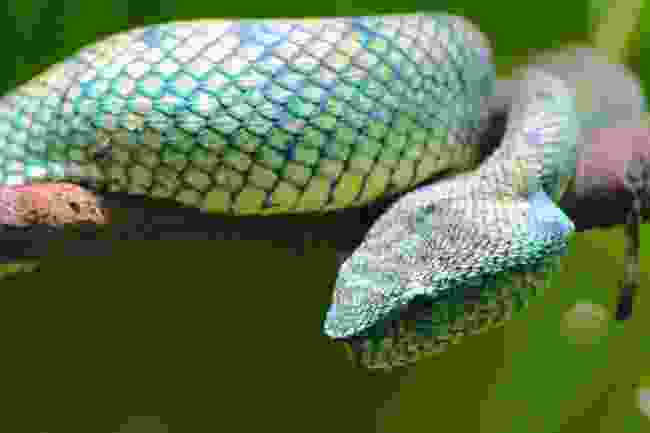 Rather than just capturing an animal in the frame, consider picking out and zooming in on details: an eye, a horn, the spots or stripes in an animal’s fur. Sebastião Salgado, for example, on a trip to the Galapagos, focused on the outstretched claw of an iguana to produce a moody black and white photo that looks more human or alien than animal.

Anything from the shine of wet fur to the patterned scales on a snake’s skin can make for more intriguing photos than just an animal sitting in the grass.

11: Look beyond the obvious 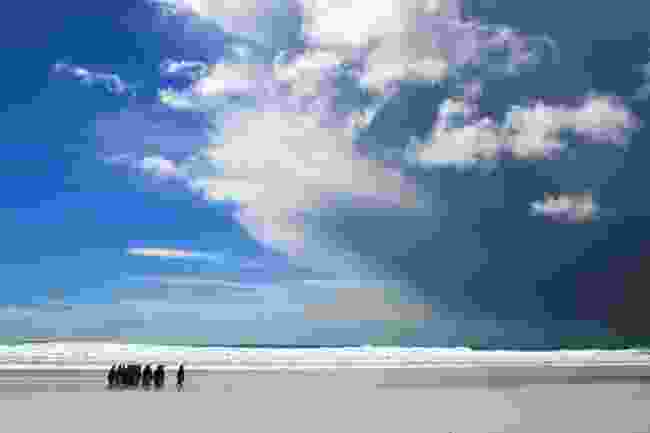 Take your eye away from the viewfinder and look at what else is happening. Set the animal in its surroundings. You can often find interesting juxtapositions between the creature you’re photographing and features of the landscape, a building, a tree, the sun or moon, or you can spot playful interactions with other animals.

In the Falklands, zooming out from a group of penguins on a beach to show a storm approaching created a very different photo than simply focusing on the birds.