Hiding in plain sight: The unexpected health risks that every traveller should know

Many of us fear snakes and spiders, but diseases and infections caught from larger animals pose great health risks. Our health expert shares her top tips for keeping safe.

Some infections carried by animals can be transferred to humans, and are often disastrous for those few of us who are unlucky enough to catch them. Such diseases are resplendent in the name zoonoses (pronounced zoo-no-sees) – and once they have made the species leap, some can then spread between humans. The best known zoonosis is vaccine-preventable rabies, but there are, unfortunately, many more for which immunisation is simply not possible.

An infection is most likely to jump from one species to another when there is any kind of close contact. Americans, for example, occasionally catch bubonic plague from their cats (the cats having got too close to rats and their fleas).

It is perhaps unsurprising that several of the most notorious outbreaks in recent years have come out of China, where those with limited resources are forced to cram into small homes and have a habit of living with their livestock – keeping chickens or pigs in, or very close to, their homes. Then, if one person becomes infected, other family members may also become ill because infection spreads fastest in crowded conditions.

SARS (Severe Acute Respiratory Syndrome) was one infection that came out of China. At one point it appeared to die out – successfully controlled by quarantining those infected. But as recently as December 2017, scientists reported tracing SARS to a colony of bats in a remote cave in China, emphasising that another outbreak is not impossible. Domestic animals (dogs and cats) that like to scavenge flesh may perhaps visit such caves and become infected, only to pass this on to their owners. South-East Asia has now been the source of several strains of influenza originating from domestic pigs, poultry or other birds.

The SARS discovery is heartening as it shows that Chinese public health researchers are vigilant to the possibility of another killer pandemic. The great challenge of this millennium is mitigating the ample opportunities there are to share and spread disease because intercontinental travel is now so easy. Meanwhile, Chinese scientists now have material to work on a vaccine in case of another SARS outbreak. 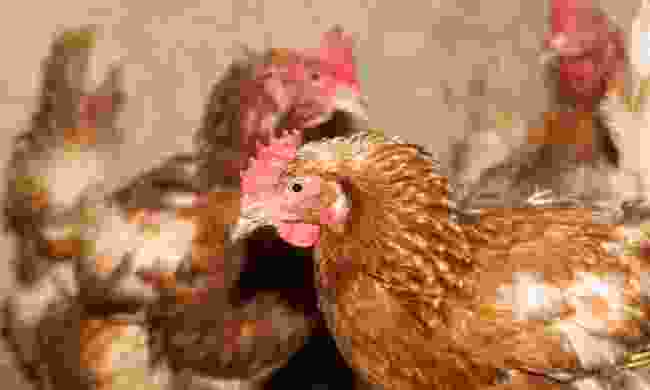 Poverty often drives people towards unhealthy choices, and it is thought that the source of the latest Ebola outbreak in West Africa was due to eating ‘bush meat’, probably in the form of chimpanzees. When I was in Nigeria in the summer, I was surprised how people talked so fondly of the delights of dining on wild bamboo rats and even monkeys and other primates. They felt that the Ebola crisis was over, so there was no longer any significant health risk in eating wildlife.

However, Ebola isn’t the only infection contracted through eating the raw or poorly-cooked meat of an unhealthy wild animal. Travellers have acquired leprosy from undercooked armadillo, and tularaemia could be a consequence of eating undercooked hare or rabbit.

Tularaemia symptoms can range from fever to skin ulcers, but the pathogen is killed by being heated to just 75ºC, so even light cooking renders this wild meat safe. As ever, it is worth adhering to the ‘peel it, cook it, boil it or forget it’ rule, especially when eating anything weird. In fact, vegetarians will likely stay healthier than meat eaters where infections and parasites are abundant.

Of Mice and Men

In a similar vein, it is a wise idea to be alert to the state of the environmental hygiene of your accommodation, as well as any restaurant that you are using. In the last documented outbreak of hantavirus – an infection carried by rodents that can lead, in some cases, to pulmonary complications – the source of the cases in Yosemite National Park was traced to deer mice. Some 12% of these rodents carry the virus and spread it mainly through urine and faeces, contaminating human food.

The nasty thing about hanta, though, is that people can also be infected by inhaling contaminated airborne dust, and in the fatal cases in Yosemite in 2012, the rustic accommodation proved an ideal environment for mice. Some of the park’s huts were condemned as a consequence.

Another zoonosis – but one that is unlikely to threaten most ordinary travellers – is due to a variable parasitic infection called leishmania, aka kala-azar fever, which also causes painless tropical sores. It is most often acquired – particularly in the Americas – from the bites of tiny sand flies, which will likely have first bitten an infected dog. Such dogs are often mangy-looking mutts that hang about remote villages, and avoiding insect bites can protect you. Indeed, prevention strategies for all these diseases overlap with the precautions any sensible traveller will take.