Go with the flow: 7 great British canals to discover this summer 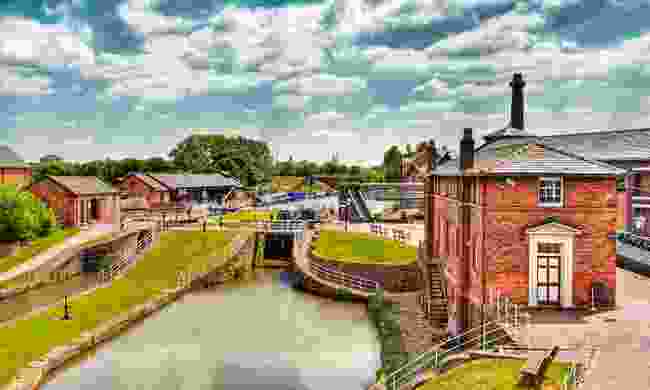 An early canal-building ambition was to unite the four major English estuarine rivers – the Thames, the Severn, the Humber and the Mersey – with waterways to form what was dubbed the ‘Great X’. Ellesmere Port, at the Mersey end of the Shropshire Union Canal, was where narrowboats exchanged cargoes with seagoing ships.

Now at the Canal and River Trust’s Waterways Museum there are exhibits on every aspect of canal culture, whether the working of locks, the variety of cargoes carried, ‘roses and castles’ paint work, or the traditional dress worn by boat families – while outside in the basins there’s a fleet of historic boats.

To get a feel for the canals, cycle the towpath the eight miles to Chester, passing through a mix of industrial heritage and rural tranquillity to where the ‘Shroppie’ runs through a deep canyon to enter the city under its Medieval walls.

2: Bridgwater and Taunton Canal and the Somerset Space Walk, Devon 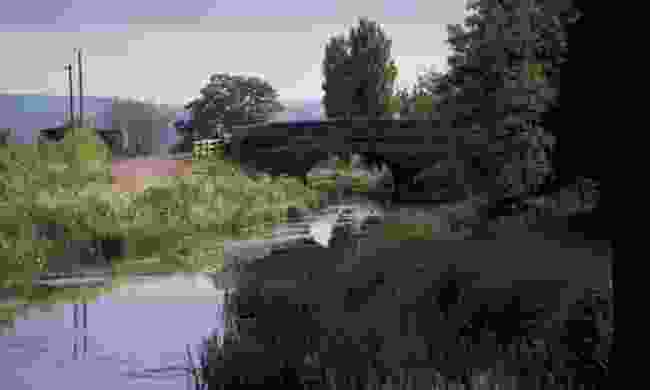 The 14 miles of the Bridgwater and Taunton Canal were built as part of an unfinished link between Exeter and the Bristol Channel, but carried local traffic until the early 1900s. When restored in the 1990s as a leisure waterway and towpath walk, a local artist and astronomer called Pip Youngman built a 530,000,000:1 scale solar system along its length. The sun sits at Maunsel Lock, and scale models of the planets are positioned on plinths in both directions along the towpath in ratio to their actual distance from the sun – Pluto being over six and a half miles away.

A sandy towpath will allow you to walk or cycle to the outer reaches of our solar system.

3: Bridgewater Canal from Worsley to Manchester 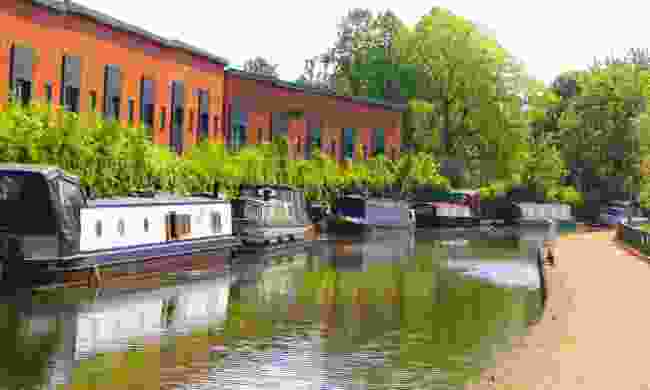 Generally considered to be Britain’s first industrial canal when it opened in 1761, the Bridgewater ran from the coal mines at Worsley Delph to Manchester, almost halving the price of coal overnight. Channels were mined back into the ‘delph’ to the coal faces, eventually becoming nearly 50 miles of subterranean waterways, whilst the overground canal followed the land’s contours – crossing the River Irwell on a lofty aqueduct designed by canal engineer James Brindley, who carved a model of his ambitious project in cheese when presenting the idea to officials.

There is no sentimentality in industry: follow the towpath – a mainly urban seven-mile walk or cycle to Manchester’s centre – and where Brindley’s aqueduct once stood there is now an equally innovative ‘swing aqueduct’ built in 1894 to carry the older canal across the Manchester Ship Canal. 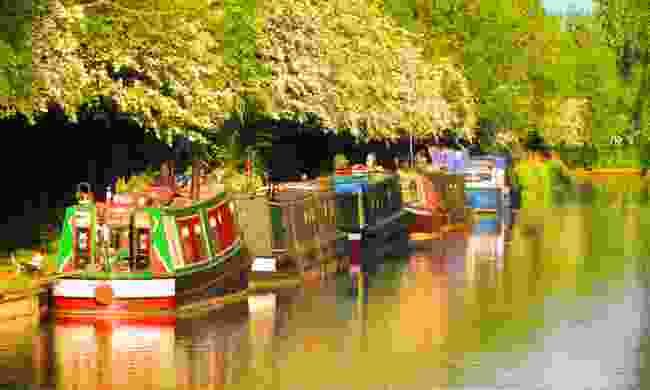 The towpath from Crick to Foxton Locks on the Leicester Line provides 18 miles of rural peace. The canal follows a winding (but level) contour line to reach the ten locks – in two ‘staircases’ of five – which descend to a basin at the bottom.

A waterside inn and two cafés provide vantage points for a spot of ‘gongoozling’ – watching the boats work their way up or down hill. In 1900, a state-of-the-art steam-driven inclined plane lifted laden boats up 75 feet in just a few minutes as opposed to nearly an hour when using the locks. By 1911, the inclined plane was mothballed due to expense and sold for scrap soon after; its story is told in a dedicated museum. 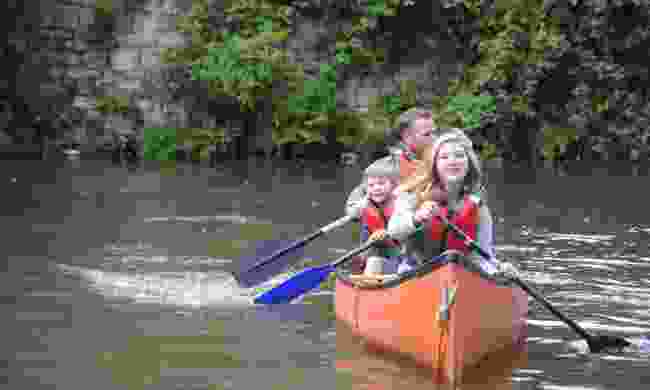 Canoeing on the Leeds and Liverpool Canal (Canal & River Trust)

Britain’s longest single canal, running 127 miles from the Mersey to Leeds, has been designated the Desmond Family Canoe Trail. The route takes you through some of Britain’s early industrial and mill towns, including Wigan, Blackburn and Burnley, but the paddling is mainly through glorious countryside.

Locks (91 of them in total) carry boats up and over the Pennines, and kayakers and canoeists can paddle through the mile-long Foulridge Tunnel – perhaps taking heart from Buttercup, a cow, who swam its length in 1912. It's possible to continue on the Aire and Calder Navigation to cross Britain from coast to coast – if not paddling, then cycling, walking or hire boating perhaps. 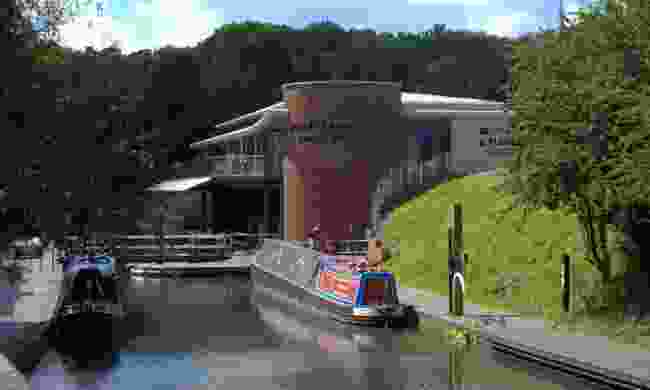 Like the Bridgewater Canal and Worsley Delphs, the mines at Dudley started as an 18th-century underground network of canals, and following decades of visionary restoration – including a new tunnel – you can now visit the subterranean channels, chambers and caverns on electric tour boats.

Early miners discovered fossils from the Silurian period, including particular trilobites that became known as ‘Dudley bugs’, and examples can still be seen in the rock today. Underground you can try a few bars of song in the echo chamber of the Singing Cavern, or try ‘legging’ – lying on top of the boat and walking your legs along the tunnel walls to push it along, as was once necessary in all canal tunnels in the time of horses, before engines. 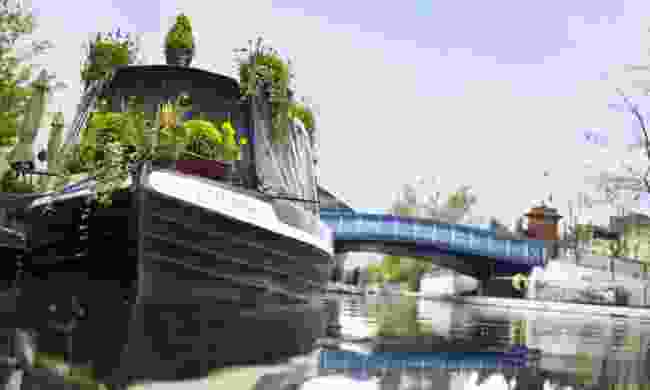 London had over ten canals once, nearly all of which have been lost to development over the centuries, but Regent’s Canal has remained a busy thread of water through the city’s centre. Though its function was to join the Grand Union Canal to the docks at Limehouse and Thames River, the canal was also conceived as a water feature to enhance John Nash’s early 19th-century design for Regent’s Park.

A walk along its eight miles of towpath carries you from the live-aboard boats in Little Venice, under ‘Blow Up Bridge’ (renamed after a boat explosion), and past London Zoo – look out for the waterside African wild dogs’ pen – to the markets and food stalls of Camden. Further to the east there’s the Word On The Water book boat, whilst the Lower Regent’s Coalition run environmental events including drop-in plastic rubbish picks. 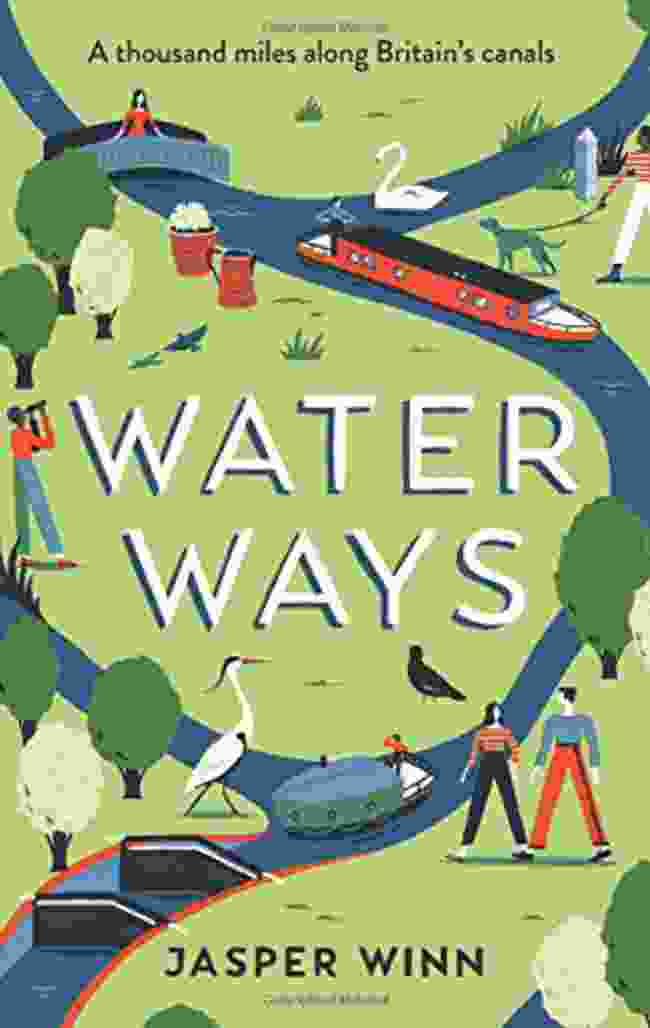 Jasper Winn is Writer in Residence of the Canal and River Trust. He spent a year travelling a thousand miles of canals by kayak, foot, bike and narrowboat for his book Water Ways (Profile Books, June 2018).