That’s deep: 8 ‘grand’ canyons from around the world

Epic and awe-inspiring, canyons have long fascinated explorers and travellers alike. Wanderlust editor-at-large Phoebe Smith lists the eight that have impressed her most 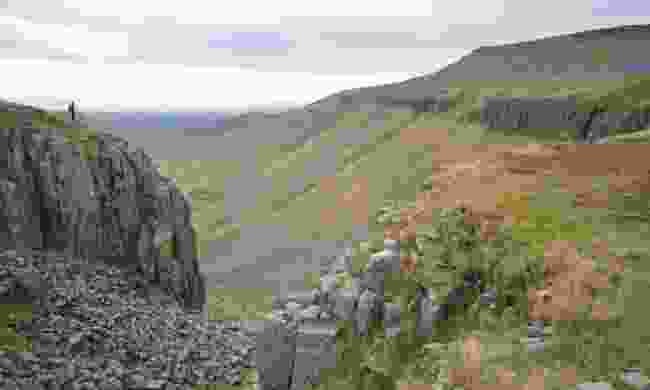 Ripping through England’s hilly backbone of the Pennines, above the unassuming village of Dufton in Cumbria, is this U-shaped glaciated valley. And though it might not be quite as extensive as its Grand Canyon comparison suggests, in the midst of rolling high moorland it comes as a dramatic geological surprise. The chasm drops beneath your feet, cleaved by the wonderfully named Cauldron Spout and edged by crumbling pinnacles and buttresses. You have to work to reach it – it’s a bit of a hike from the car park, but worth every step. 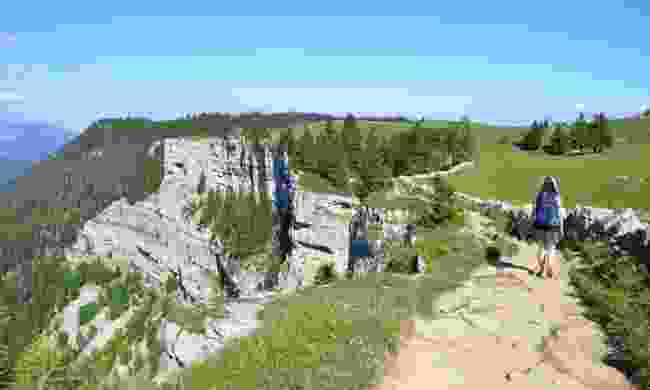 The Swiss equivalent of the Grand Canyon (Phoebe Smith)

Actually a giant quartzite cirque, this rocky amphitheatre can be reached in under a two-hour drive from Geneva. Accessed through a farm, where refreshments are served in summer, it suddenly appears from the green countryside like a glistening white bowl. Another remnant of the glaciers land-carving mastery (as well as water erosion over the centuries) its 160m drops amid the Arctic-Alpine flora my not be as jaw-dropping as their Arizona equivalent, but are sure to make your knees knock just the same. 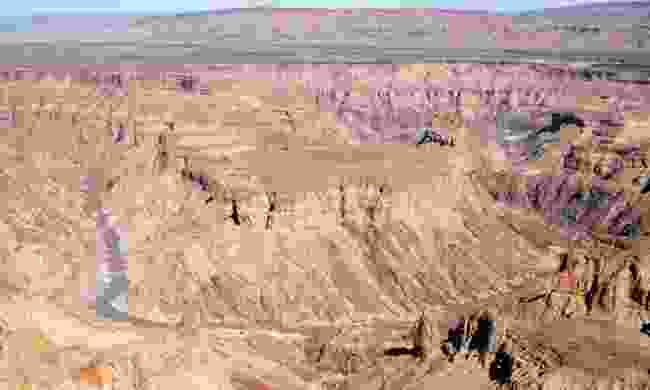 Boasting a 5-day walking route, a length of 160km, depth of over 500m and a gaping gap of up to 27km in some parts, southern Africa’s own Grand Canyon is a definite rival for the North American counterpart. Cut through by the river from which is gets its name, it’s made of a cake-like geological mix of gneiss, metamorphic and sedimentary rock, and shaped as the result of continental plate movement hundreds of millions of years ago, followed by water erosion and glaciation. Due to high temperatures and risk from flooding you can only visit in their winter (May-September), when it’s still hot – though in a more hike-friendly way. 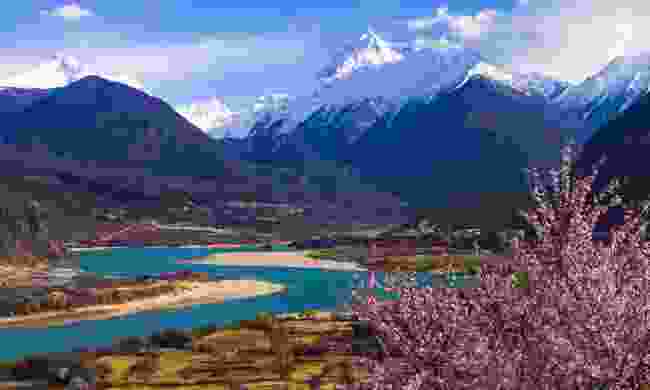 Never one to be outdone, China not only boasts something that looks like the Grand Canyon, but has the name to match it. Bending around a mountain known as Namcha Barwa in the eastern Himalaya, the river that flows through this great gorge for 240km eventually becomes the Brahmaputra. With a giant horseshoe bend, gnarly whitewater rapids, and a rare and endangered cattle chamois known as the takin, it certainly does give the USA’s own canyon a run for its money… 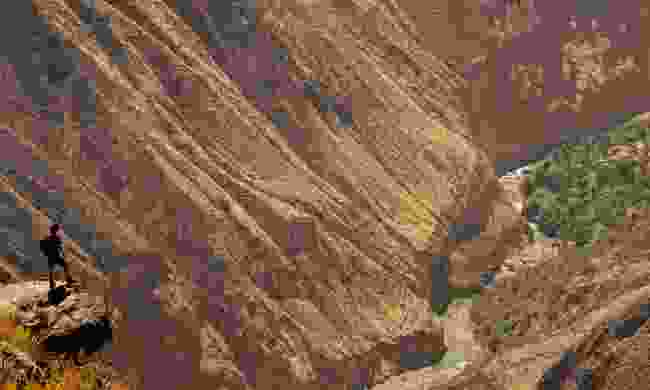 Believed by the Incas to be home to a river that flowed directly into the Milky Way, Latin American’s Grand Canyon offers more than just grand scenery. Home to an abundance of archaeological sites complete with rock art dating back thousands of years, the Andean condor (with a wingspan over 2m) and local people who not only celebrate their ancestral traditions but also live by them – farming terraces which pre-dated the Incas – this not only boasts some of the highest drops of any canyon but also hides a wealth of hidden depths beyond the landscape itself. 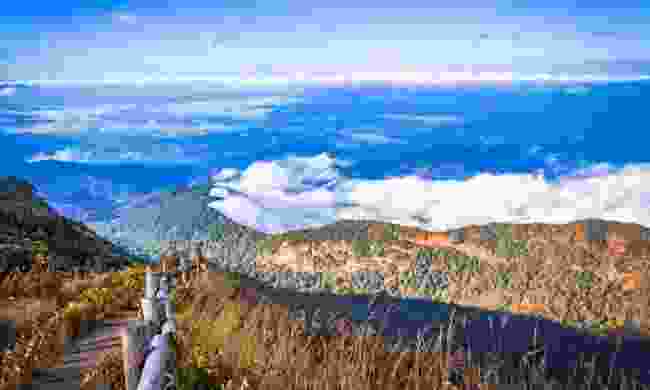 Capertee Valley from above the clouds (Dreamstime)

More valley than canyon – as the name suggests, the wow-factor here is the width, which has been measured at over 1km wider than the actual Grand Canyon. Reached by little more than a three-hour drive from Sydney, this limestone cluster of jagged escarpments, coated with Wollemi pines, appears as an emerald foil in the majesty of the Blue Mountains. It’s renowned for its birdlife (including the endangered regent honeyeater), rich mining history and walking trails and yet in typical down-to-earth Aussie fashion is completely unpretentious. 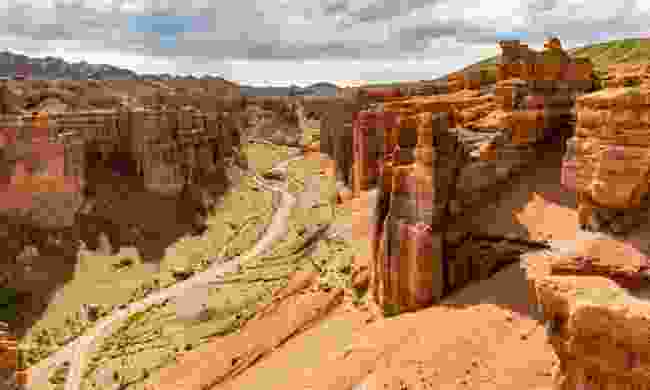 Known more as the Grand Canyon’s ‘little brother’ than all out copy, this 90km gorge looks a little familiar. With red sandstone walls dating back 12 million years and known as something of a mecca for rafters and canoers who want an alternative to the ticketed system found in the USA, you may have to pinch yourself to believe you’re not actually stateside. Found a little under 200km from Almaty, on the Chinese border, this Central Asian wonder also offers hiking trails around the rim and down into the base where you can even watch local fishermen at work. 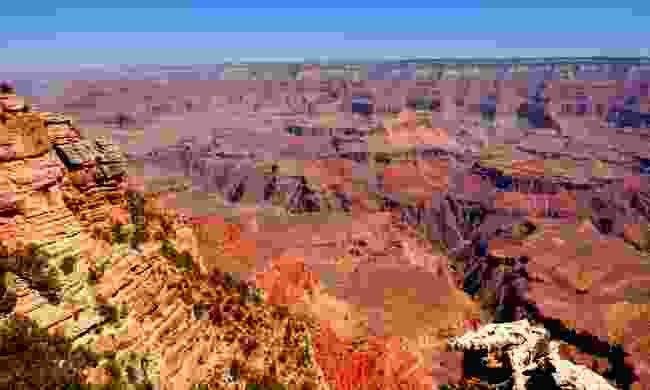 Who’d have thought that when a river began to channel its way through the Colorado Plateau over 5 million years ago, in what is now the state of Arizona, it would have created a landmark that not only attracts tourists by the busloads, but has also spawned a whole host of namesakes around the planet. Inhabited to this day by Native Americans, home to coyotes, big horn sheep, mountain lions and the once near extinct California condor, not to mention one of the world’s most in-demand river trips whose permits are only available via an online lottery, it well deserves its lofty title and place on this and any traveller’s bucketlist.