Bite back! The most effective insect repellents for travellers

From annoying midges to malaria-carrying mosquitos, if you're travelling where there are biting insects, repellent is a must-pack item. Find out which one you'll need for your next trip... 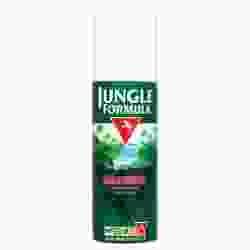 If in high risk of serious insect-borne infection (dengue, malaria, etc), DEET is a must. With its 50% DEET mix and endorsement from the Hospital of Tropical Diseases, this is said to offer some of the best protection around. It has a strong chemical smell but was most effective on test. Using the aerosol (also available as a pump-spray or roll-on), it was tacky-feeling at first, and though it claims to offer eight hours of protection, I had to top up a couple of times while hiking.

Verdict: Effective and easy to use, though it’s best to apply either outside or in a particularly well-ventilated space. 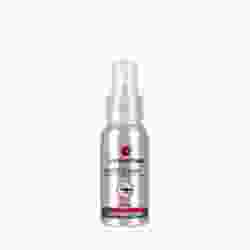 Boasting a whopping 95% DEET content, this spray is only for very high-risk areas and has a ‘bite inhibitor’ for more protection. I used the pump-spray, which clogged up a lot nearer the end of the bottle. Going on the skin, it was a little sticky and I was more aware of it than with others. The smell is strong, too. It claims ten hours of protection and I did find I needed to top it up less, though it depended on conditions.

Verdict: Long-lasting and effective, but its strong DEET content makes this one for only very risky destinations. 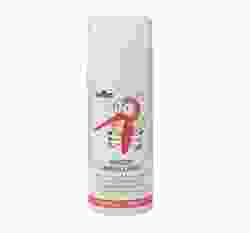 I discovered Wilko’s own-brand spray when buying a last-minute repellent for a malaria-affected country. The checkout assistant was from India and told me he swore by it when he went home. It’s strong – 50% DEET as standard – so it’s not for kids under six years. It smells much like the other DEET products, but its spray covers quickly, leaving you quite dry and not too sticky. It was pretty effective against biting insects when I used it; and for the price, it can’t be beaten.

Best for: Those on a budget. 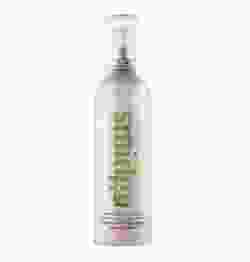 Brought to you by those behind Scotland’s Midge Forecast (yes, it does exist!), this DEET-free option targets northern biters. Using picaridin – a synthetic ingredient comparable to DEET in terms of effectiveness, say the World Health Organisation – it can be used on kids aged two and up and is barely noticeable in scent. The cream needs a bit of rubbing in but tends to feel less sticky than some. It says it offers eight hours of protection, though I did have to top it up a few times while out.

Best for: Protection against midges and annoying insects. 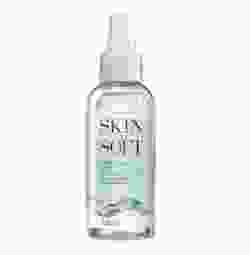 This Scottish staple was designed to be a beauty product when it came out. Walkers, however, noticed a happy side effect: it prevented midges from biting them. The secret was citronella, and though scientific experiments have shown differing results – one in Canada proved it to be 85% as effective as DEET – users rave about it. Smell-wise, it’s the best of the lot, and it also leaves your skin non-sticky and silky.

Best for: Walking in Scotland during the summer. 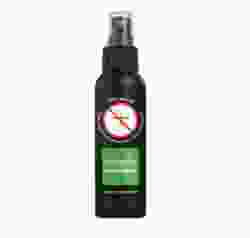 A natural alternative to DEET, Incognito has a cult following among users, particularly those who have found nothing else to be effective. Made with botanic oils, camphora, citrus and bergamot, the company says it has been clinically tested to be 100% effective. It is also safe for anyone aged three months and up – even the bottle is recycled. It claims five hours of 100% protection but I needed top-ups; it is also one of the least-potent smelling and went on clear and not sticky.

Best for: Those who can’t use DEET and get bitten a lot.

Verdict: You’ll love it or be unconvinced; but if bitten a lot, it’s worth a try – though perhaps in low-risk countries first.

How we did the test

We asked manufacturers of insect repellents to submit those they felt were the best options for travellers. Of those submitted, our editor-at-large, Phoebe Smith, took them on the road to find out how they performed and what they were like to use. Each has been given a ‘Best for…’ rating, as indicated.

DEET or no DEET?

Insect repellent falls into two distinct categories – those that use DEET (or diethylmetatoluamide) and those that don’t. For young children, pregnant women or those who suffer skin reactions from using DEET, it’s wise to look at the alternatives on offer. The most common ‘natural’ repellents contain a mix of lemon (‘citronella’), eucalyptus or a synthetic product called picaridin (created to resemble piperine, which is found naturally in pepper plants). Scientists and doctors usually recommend DEET if going to a country with a high risk of particularly nasty insect-borne diseases such as malaria, dengue fever or Zika – check with your GP or travel clinic before you leave.

Every few years you’ll see headlines emerging that question the use of DEET-containing products, citing reports of allergic reactions, plastic melting capabilities and carcinogenic properties (usually through long-term use). However, it’s all about how much of the chemical is used within the mixture. Generally, a maximum of 30% DEET is thought to be safe (especially in short-term use). You can buy some with up to 100%, though reports suggest that 30% could be as effective as 50% DEET products or higher.

Though it’s not a particularly nice product, do remember that you need to consider the risk and effects that contracting an insect-borne disease brings; if serious, then short-term DEET use (even at high strengths) may be well worth it. Check where you’re going on fitfortravel.nhs.uk to see what risks your destination holds – if you’re facing only an annoying itch at worse, then a natural product could be preferable.

Let’s not beat around the bush (especially if there are flies in it), all repellents smell, even the ones that claim they don’t. DEET-containing products smell strongest – and are initially very potent – while natural ones that contain citrus flavours can be more pleasant. Choosing your repellent is a mix of personal preference combined with balancing the risk of contracting a disease.

All formulae will need to be topped up eventually, even those boasting all-day protection (usually this means around eight hours). This is particularly true if going somewhere very hot (as you’ll often sweat it off), doing something particularly active or if swimming in water.

Much like smell, this is a case of personal preference. Some feel sticky, others dry; some you will barely notice that you are wearing. Be mindful that some repellents can prevent sunscreen working, so check instructions first.

Science points to DEET being the most effective repellent; however, smaller studies, anecdotal evidence and lab testing has shown that others can work, too. But then it can also depend on the individual – some people naturally attract more insects than others, meaning that they need something stronger than those who don’t. The test here is meant to offer guidance on what is available and the writer’s experience on the road, rather than any scientific research into how well each works in strict laboratory conditions.