From Ethiopia to Antarctica, these are the exceptional collections of photos that made the shortlist of our Portfolio category and insights into the making of them 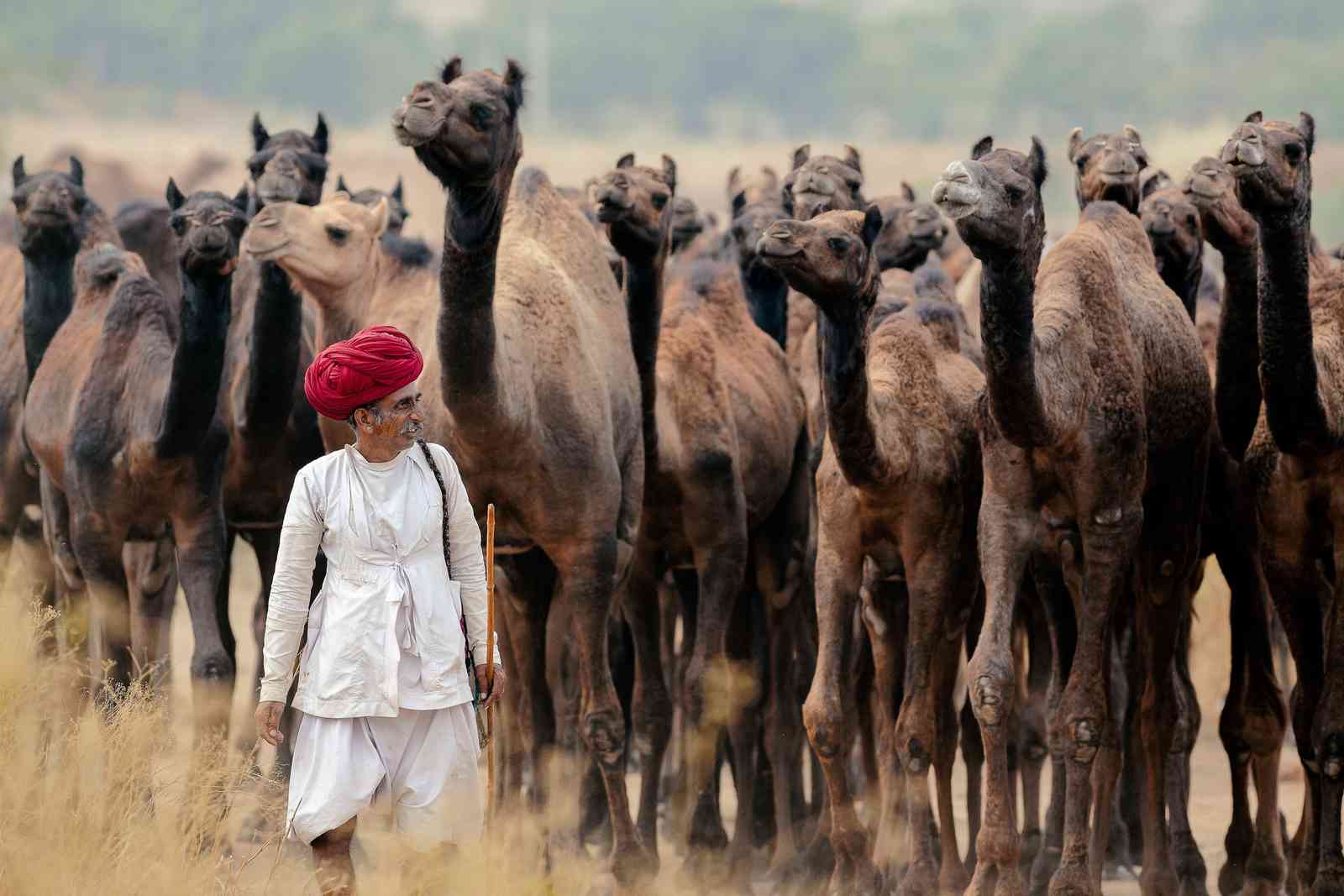 “This was taken at Pushkar Fair. During the fair, camels from all over Rajasthan are gathered, ready to be sold.” 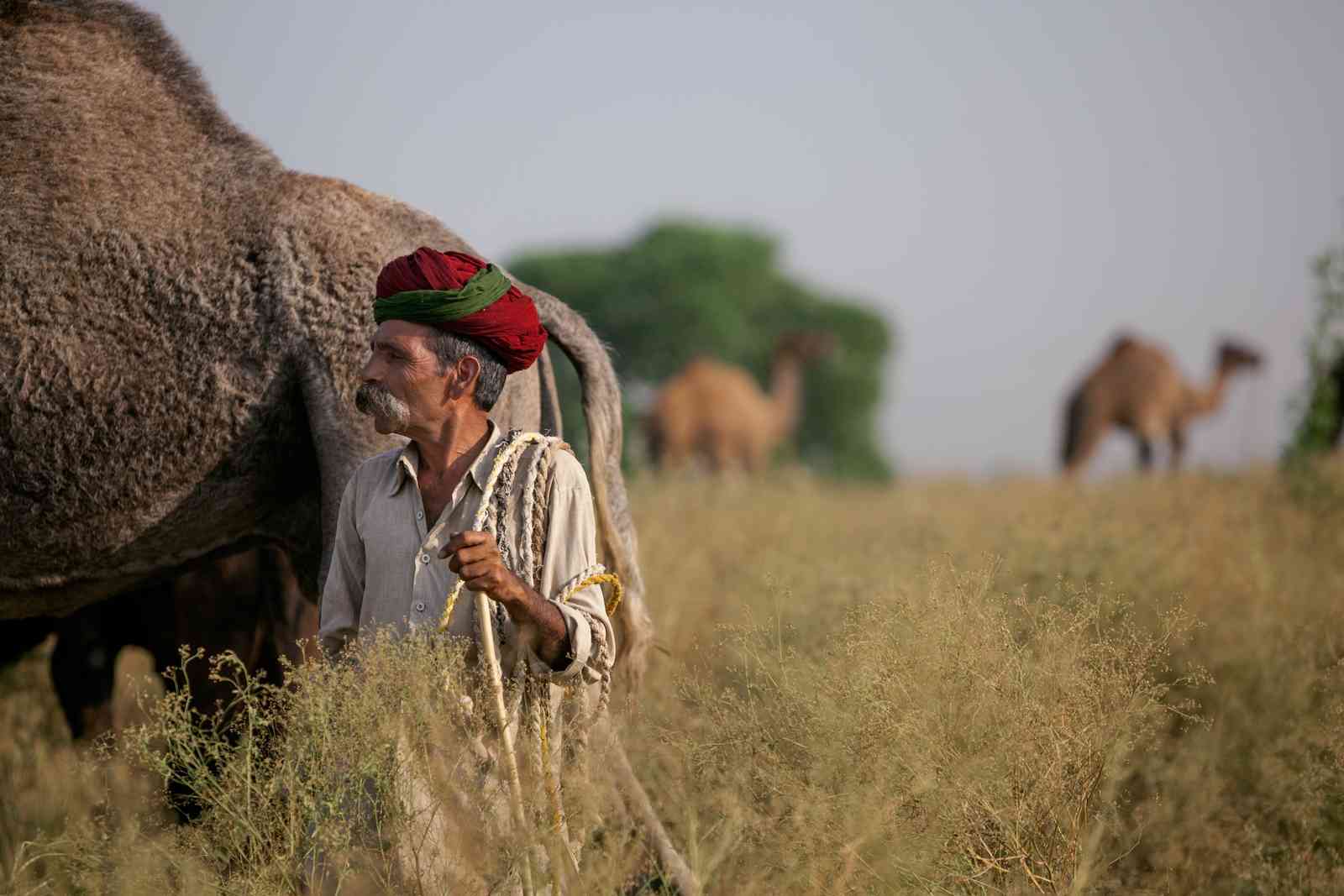 “Without the help of shepherds, it’s very difficult to control the large numbers of camels and stop them from entering the wrong herd. This is a constant worry, as it could result in a heavy loss for the camel merchant.” 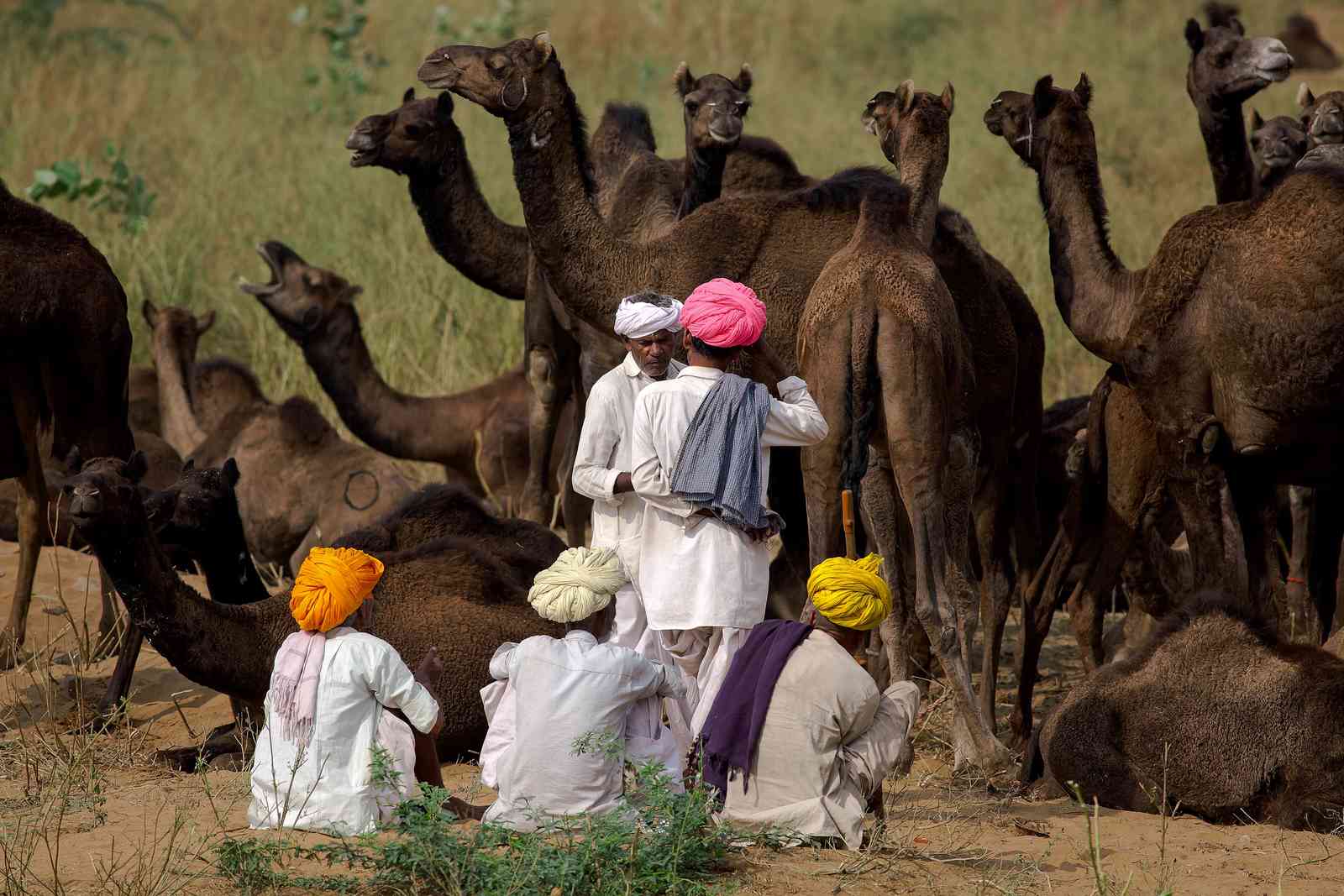 “The camel traders and buyers haggle over the price.” 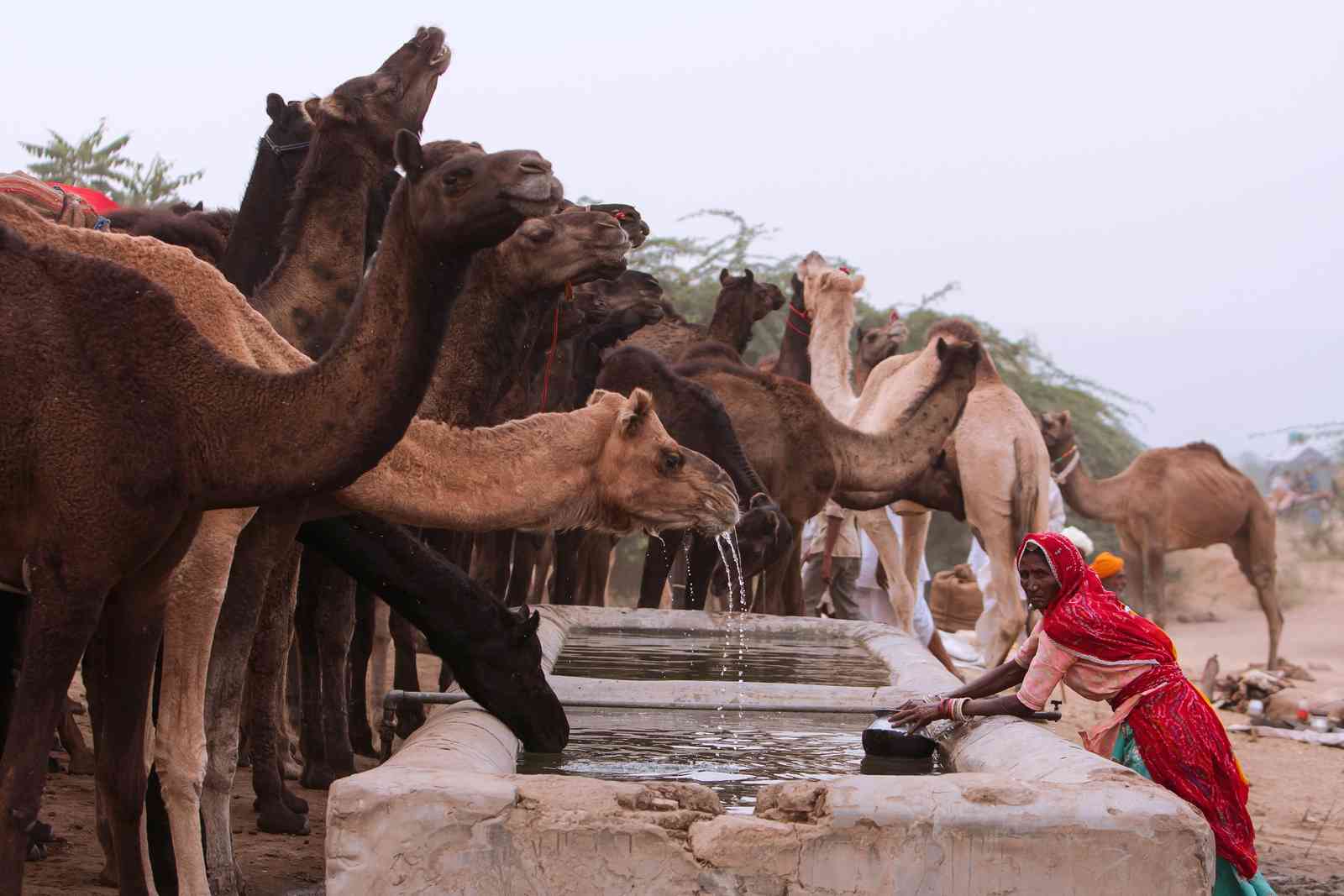 “The limited water resources force both people and the camels to share the precious gift of nature.” “Camel traders and their herds head to their camps to rest, before starting all over again the next day.” “These wonderful ice labyrinths lie on the edge of a glacier in Vatnajökull National Park.” 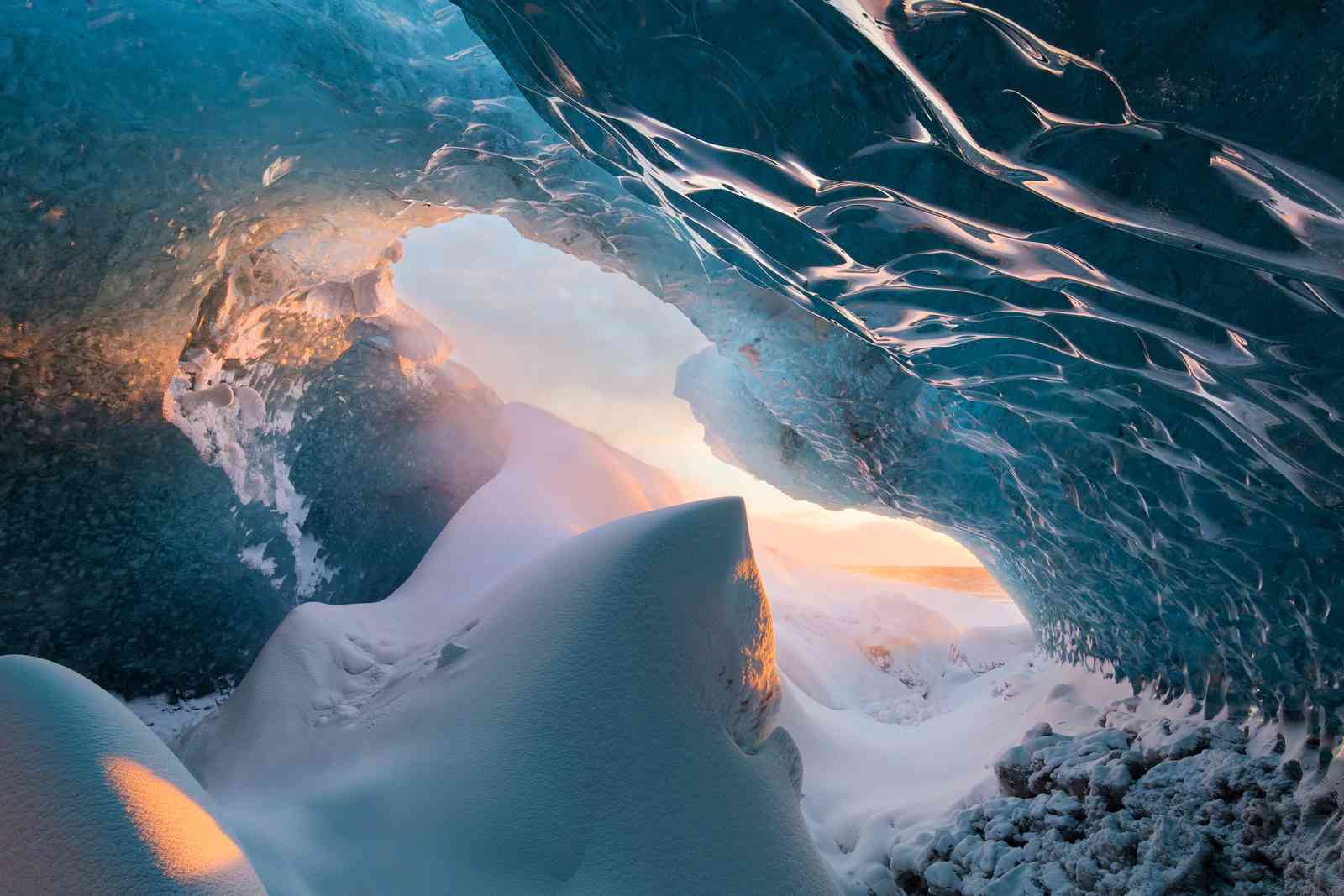 “Different shades of blue glisten here as the warm light of the rising sun reaches into the glacial ice cave.” “At the crack of dawn, the light from the moon brings out the beautiful blue colour of the glacier and the icebergs that lie frozen in the lagoon.” 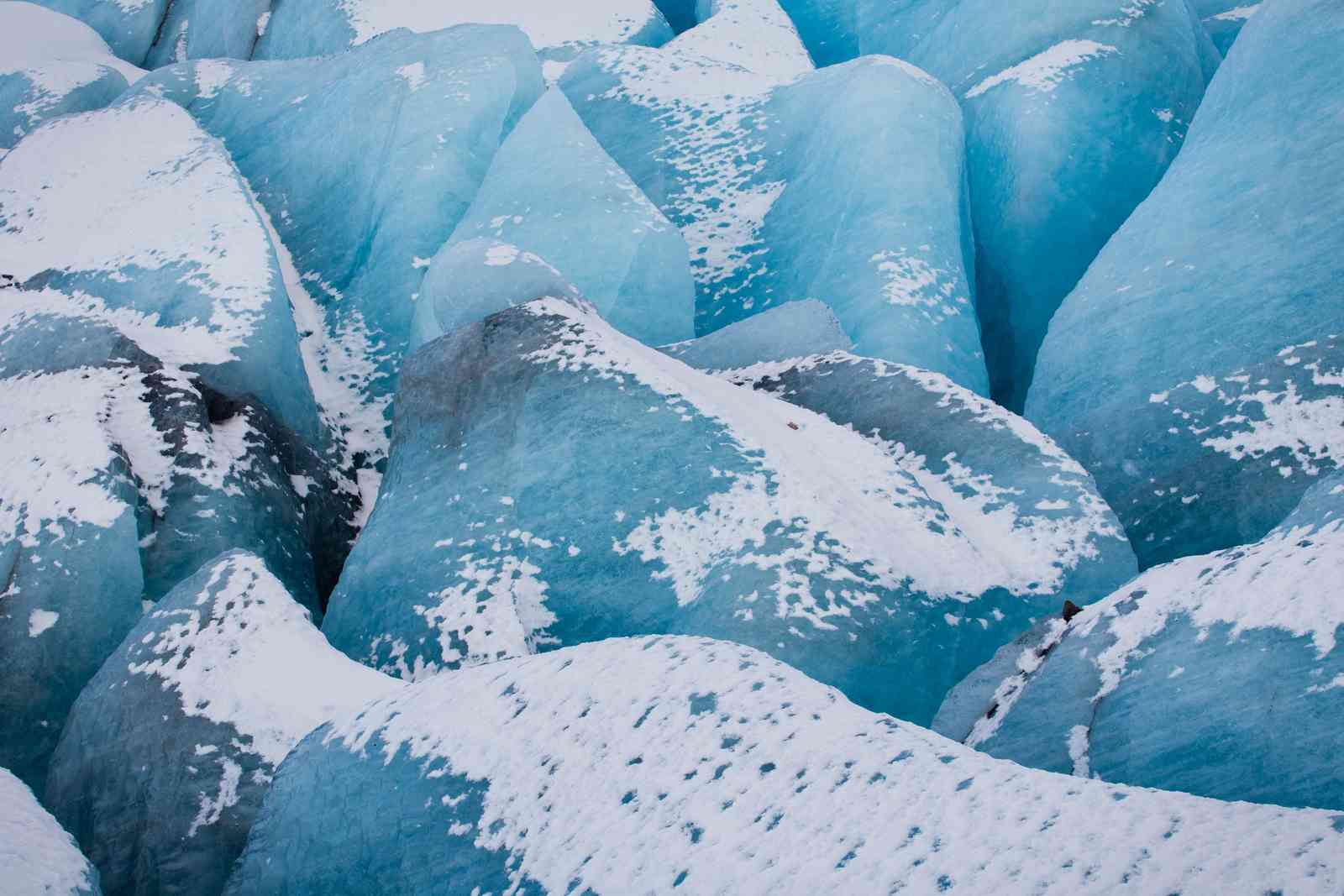 “Complex ice formations are shaped by repeated freeze-and-thaw cycles and the constant flow of the glaciers.” “The crevasse on the front of this glacier forms a narrow ice canyon – almost like a secret entrance to another world.” 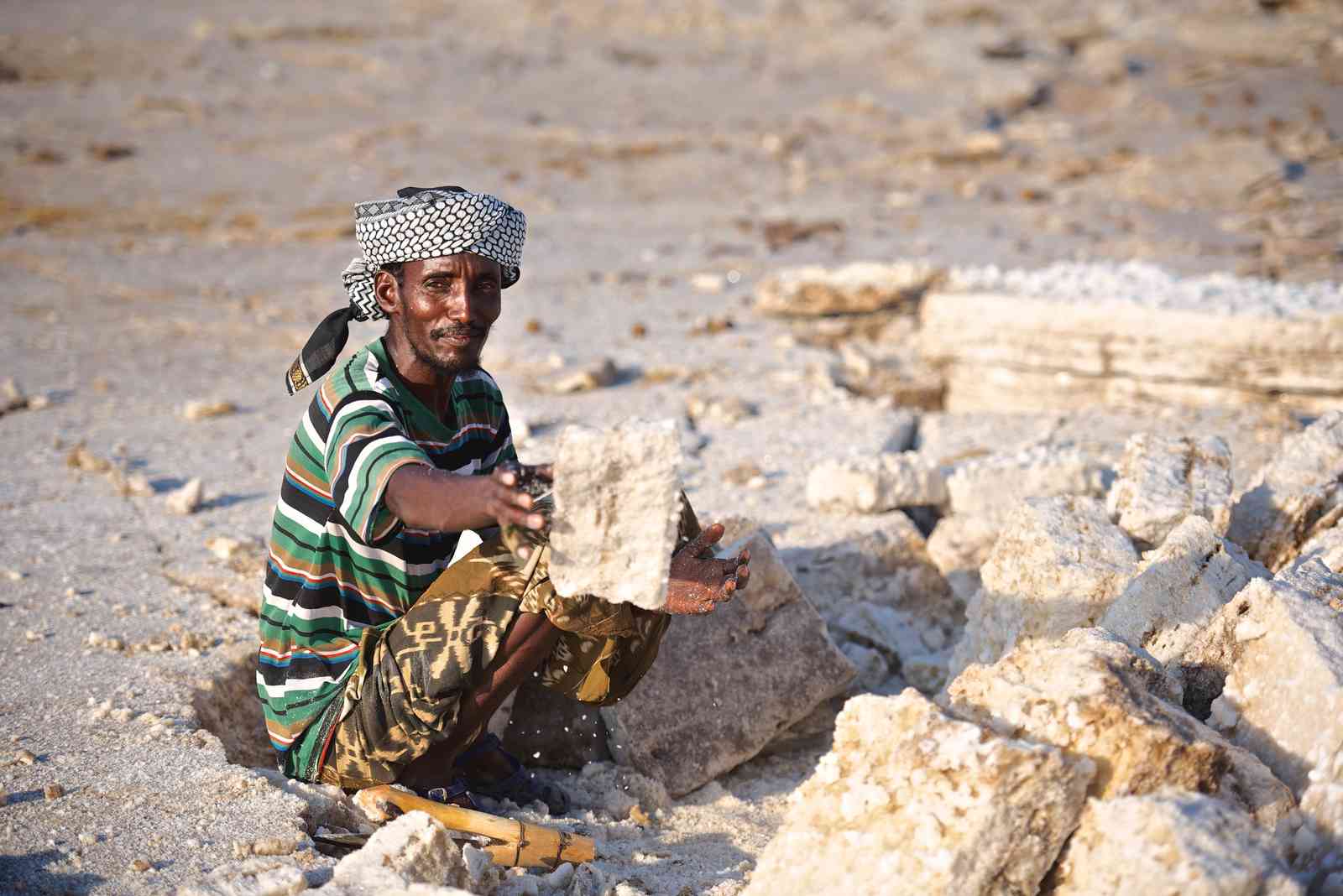 “Salt workers in the Danakil Desert spend each and every day cutting salt into blocks in the searing heat. They need to ensure that the blocks are ready by the afternoon, ready to load onto the camel trains, and often have to cope with temperatures in excess of 50ºC.” 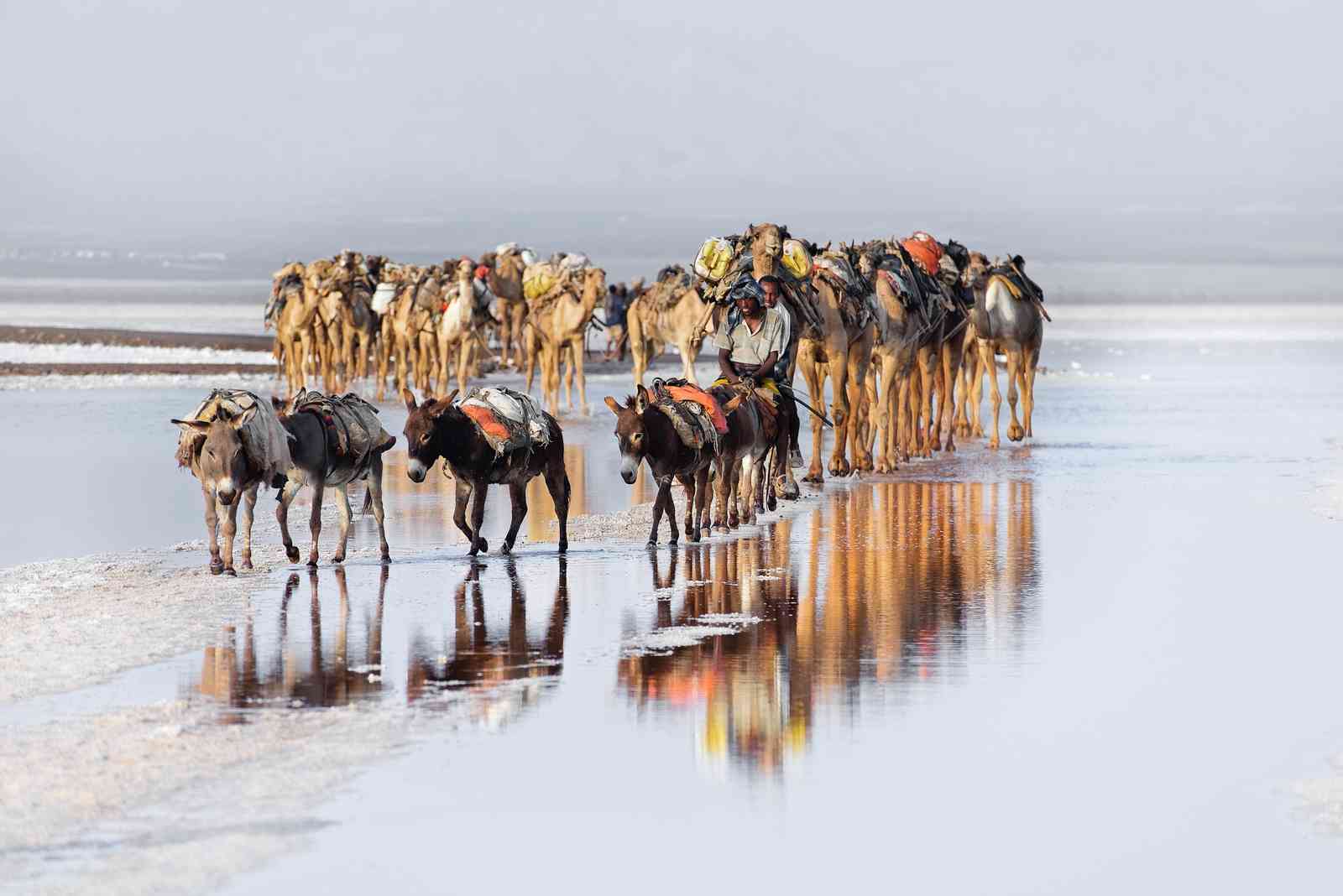 “Caravans of camels traverse the Danakil Desert on a daily basis as part of an eight-day cycle. The trains move on the salt fields at dawn and depart at dusk.” 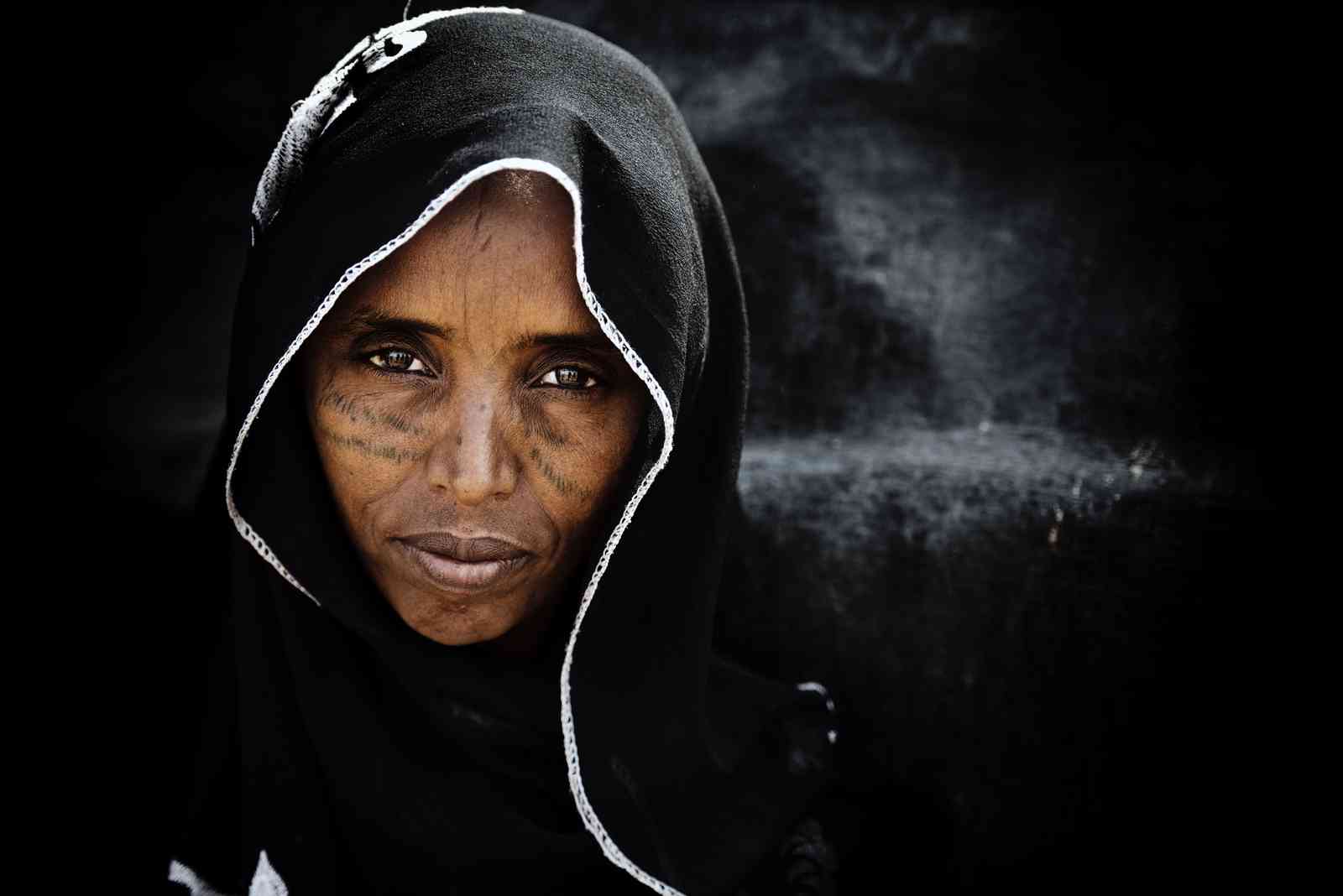 “The Afar tribe, who inhabit the desert regions of Djibouti, Eritrea and Ethiopia, are in control of much of the salt trade.”

The salt of the Earth 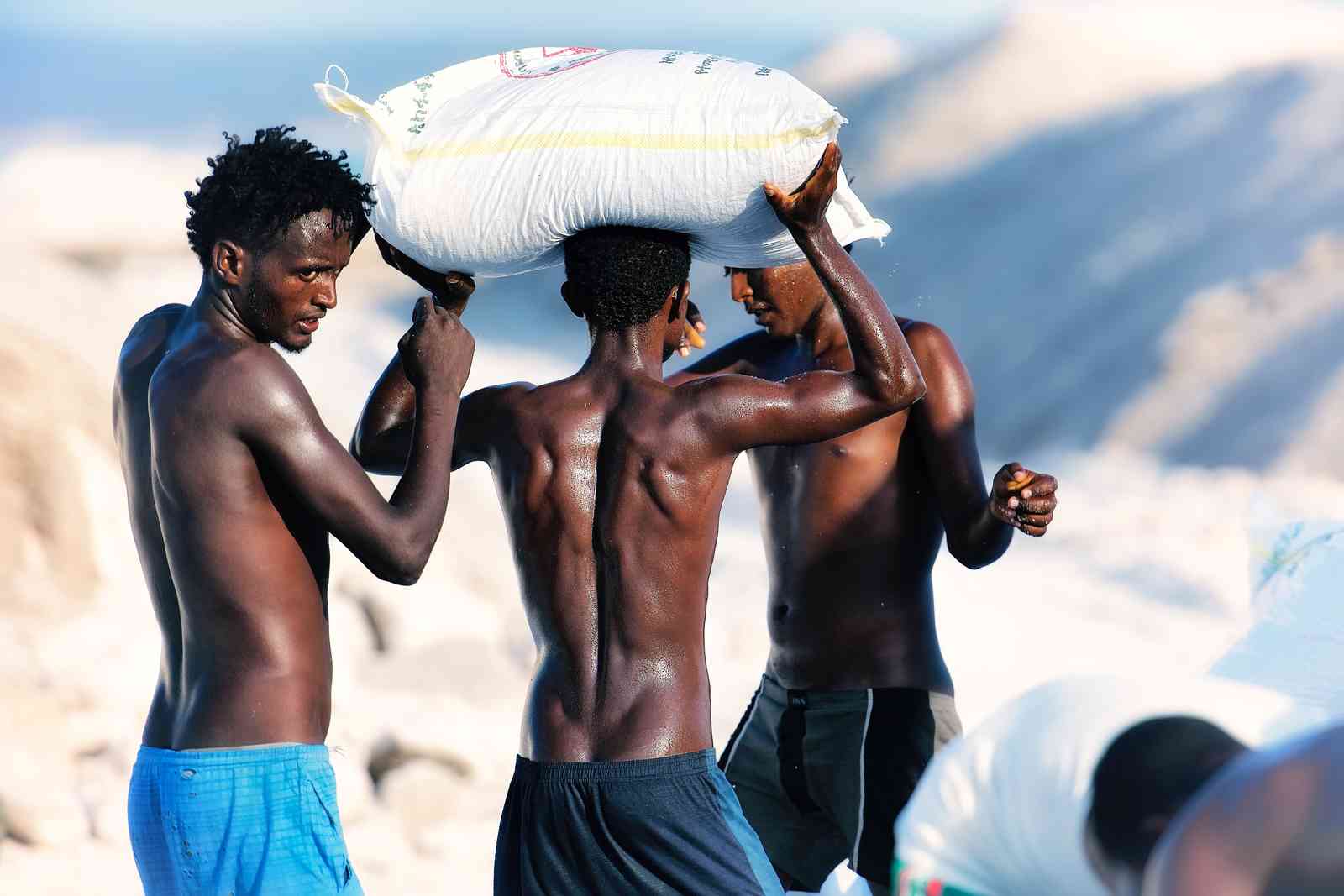 “As access has improved and vehicles can now get to the desert floor, salt extraction has commercialised. These men heft 50kg bags of salt, to be transported by truck, thus marking the beginning of the end for the caravans.” 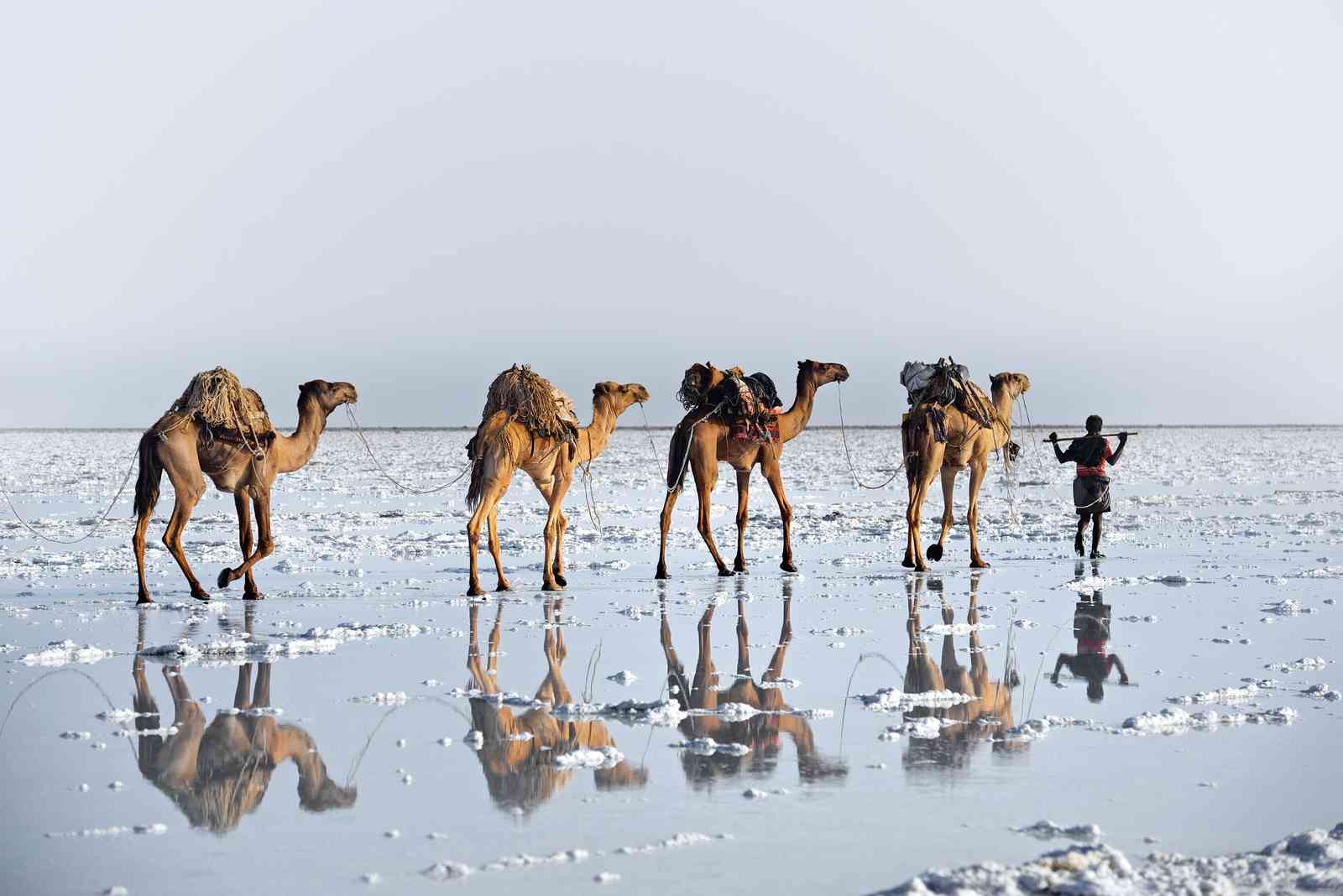 “At certain times of the year, the water table rises and the journey of the camels is reflected on the thin veneer of liquid that is left on the desert surface. It is this very water, which is saline in nature, that then evaporates to create new salt deposits.” 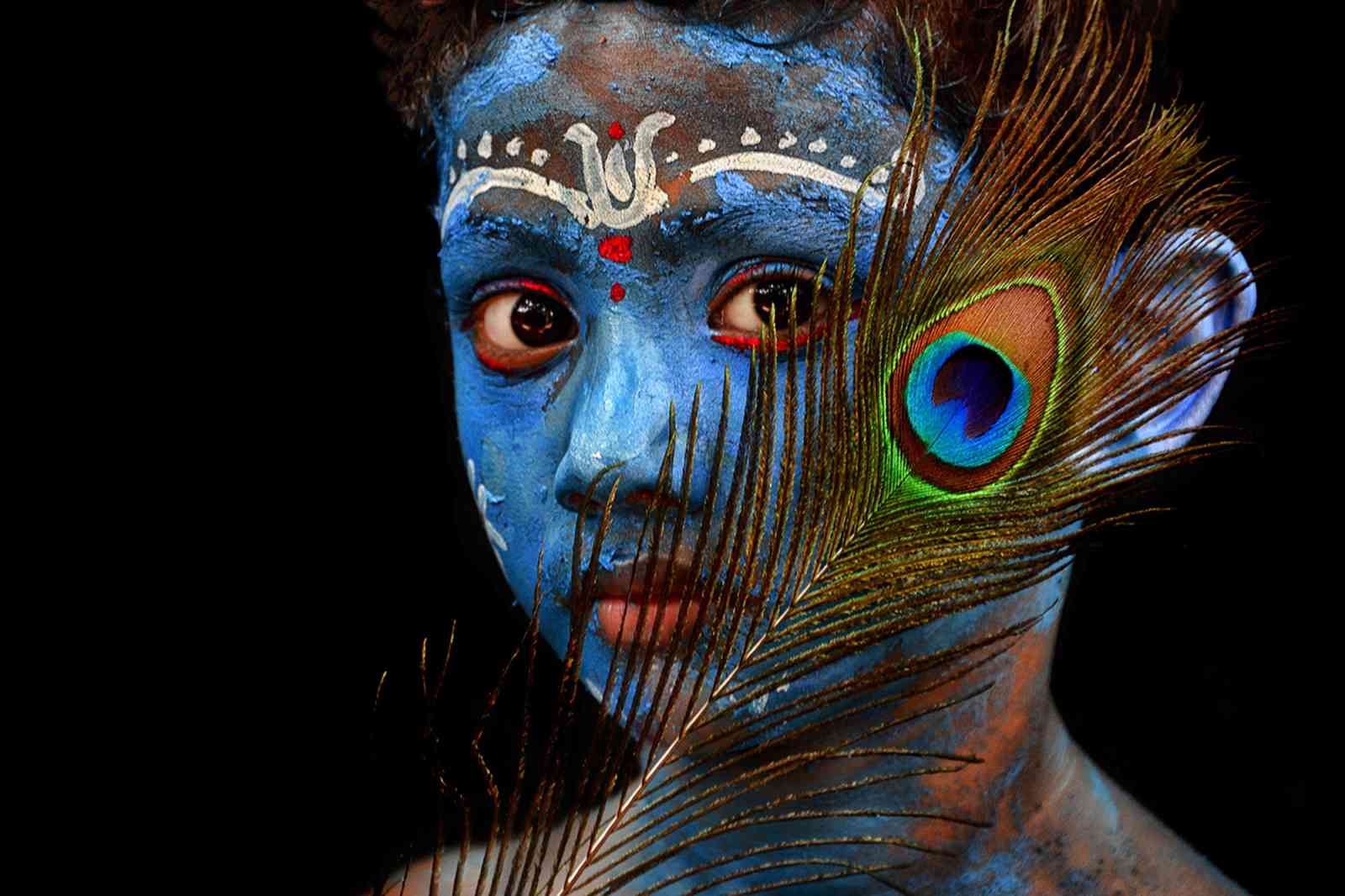 “Village boys of different ages wear make-up in order to perform the role of Lord Krishna (Hindu deity) in village plays. This ‘little Krishna’ is in his full regalia.” “In this picture, the ‘little Krishnas’ are gossiping with ‘little Radha’ (Hindu goddess) while waiting for the final touches on their make-up.” 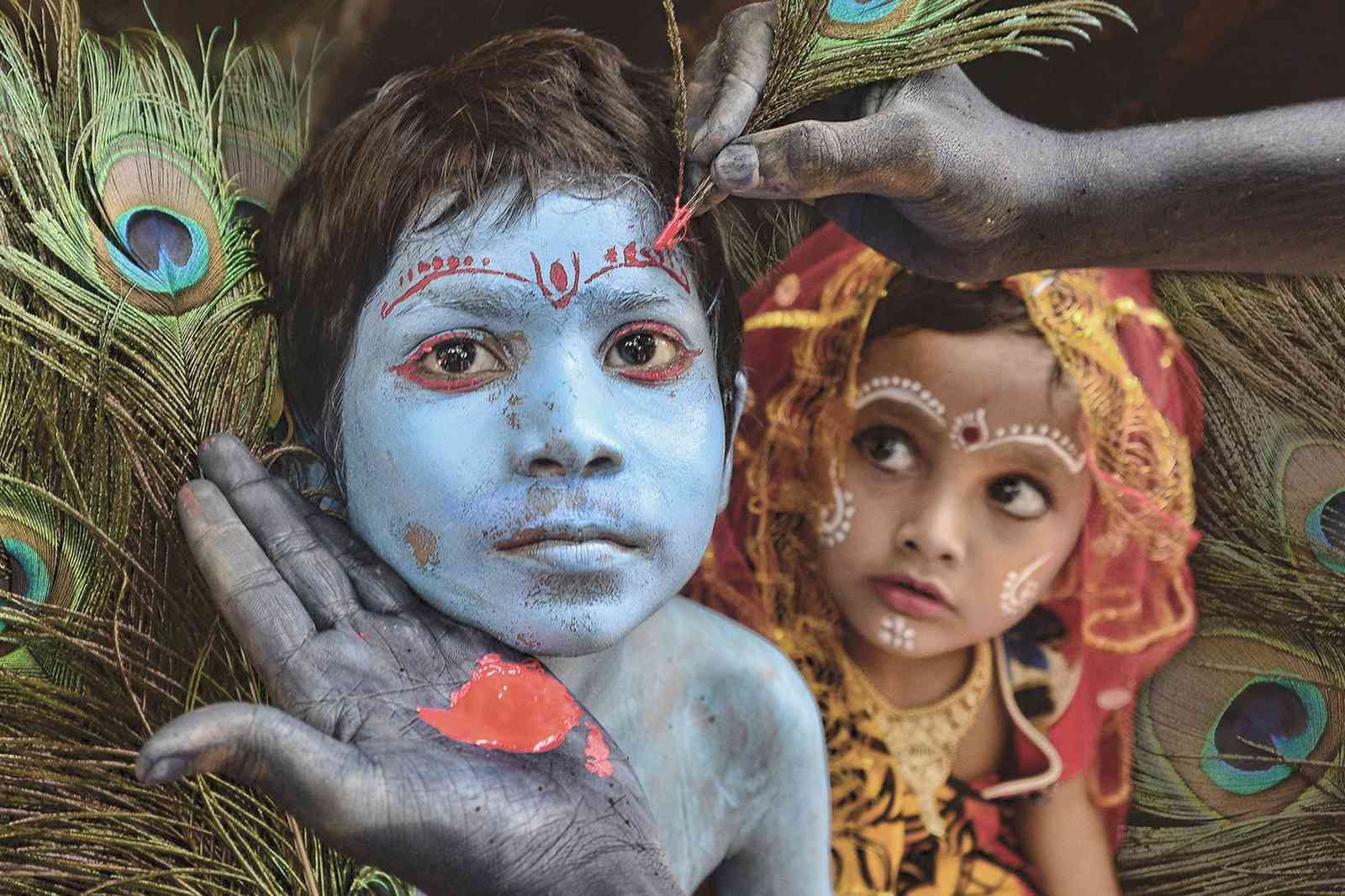 “The ‘little Radha’ observes her fellow performer’s make-up with curiosity.” 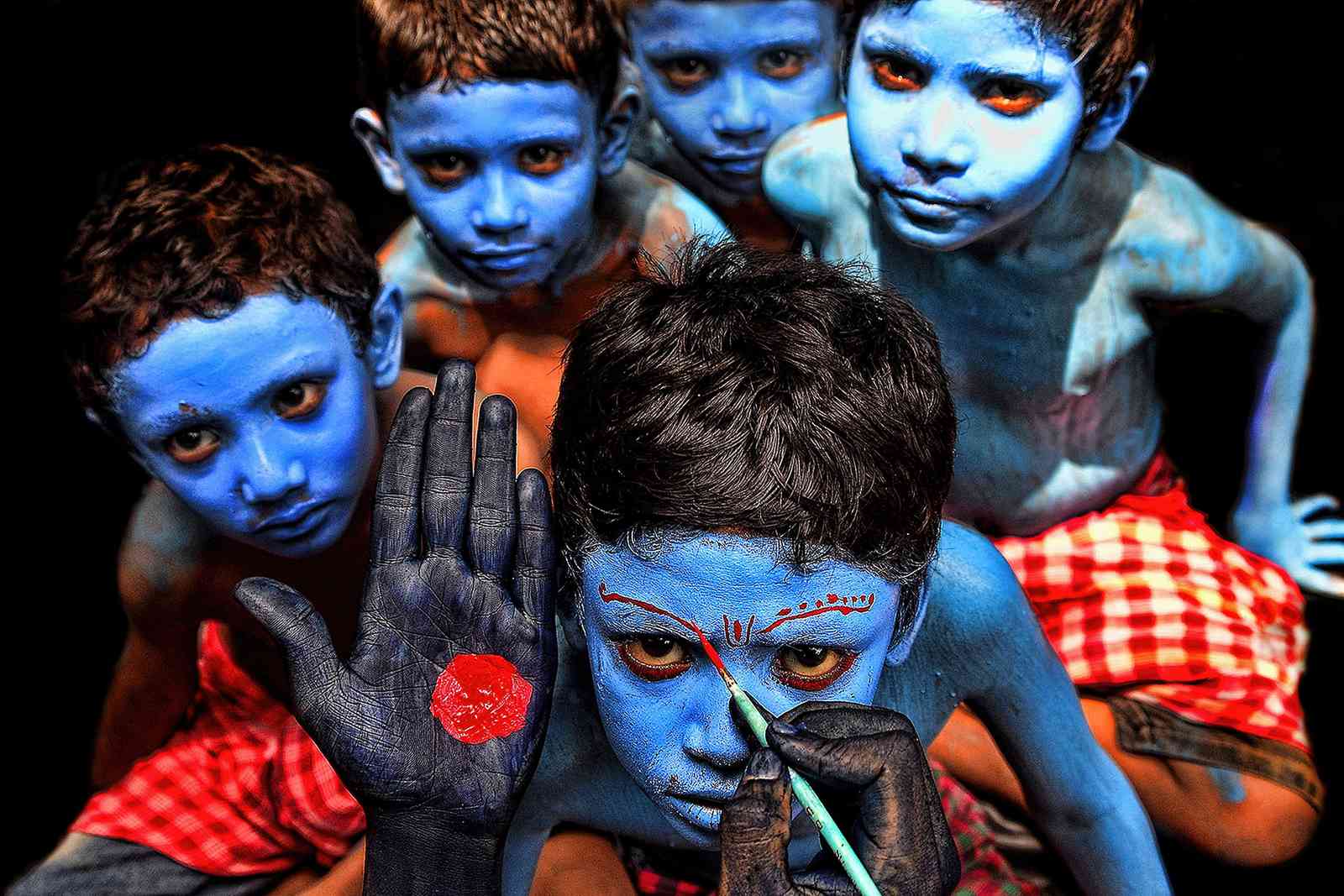 “The village children wait patiently in a queue while the final touches of face paint are applied.” 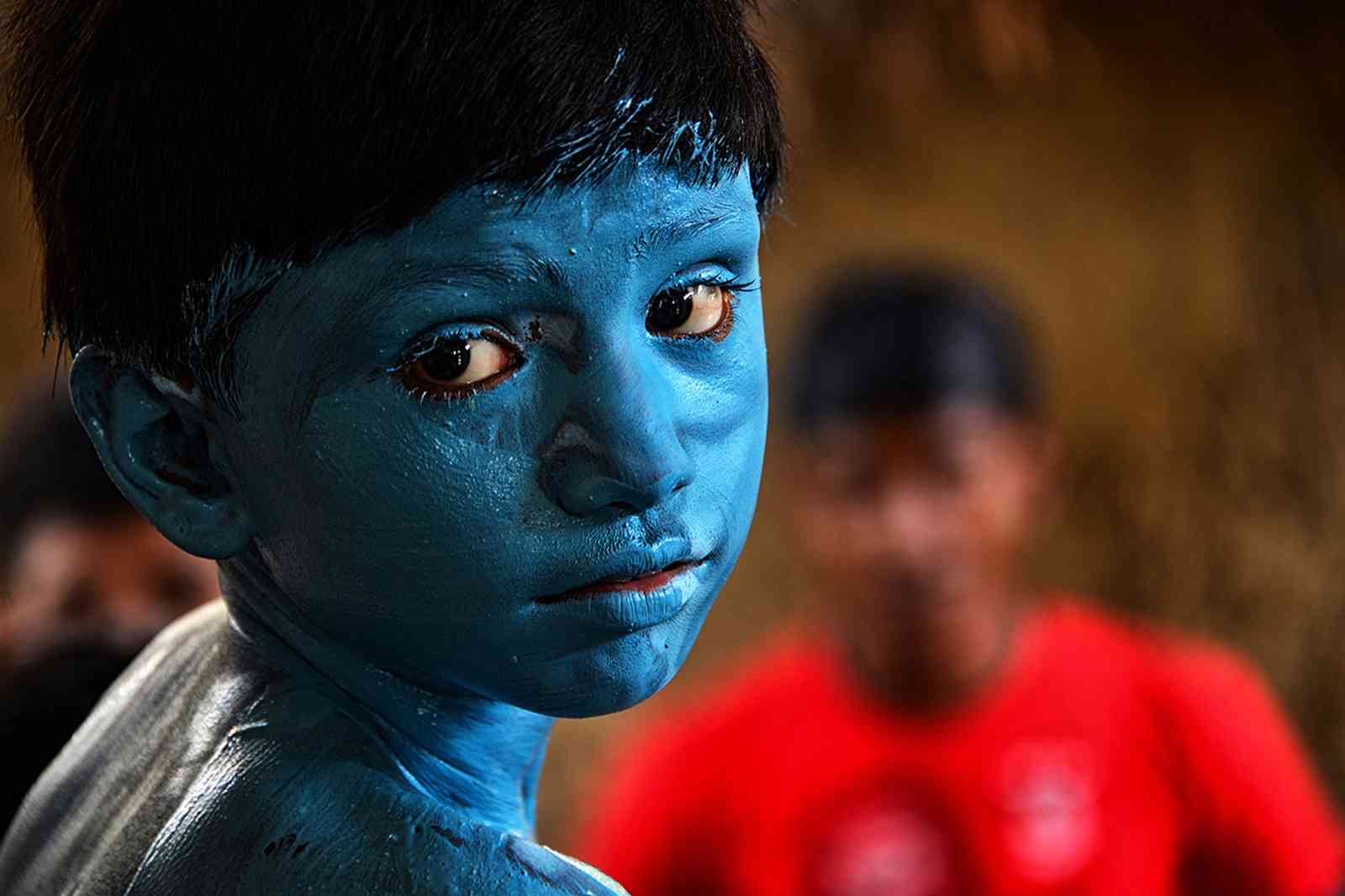 “Village dramas, known as jatra, are very common in Bengali villages and are usually based on mythological stories. The legends of Lord Krishna are among the most popular types of theatre, with the actors all painted blue like Lord Krishna.” “A mother and her yearling cub pause on an iceberg after being trapped among the sea ice of the Davis Strait, off the coast of Baffin Island. After emerging from their dens, the bears hunt around the bases of these giant icebergs for seals.” “After months in a den, young cubs are full of energy and the desire to explore. Their tireless mother, of course, serves multiple roles in this regard; from mobile food source to climbing frame, to oversized duvet.” “Three hours by snowmobile from our primitive cabin; 24 days of tracking (10 hours a day) in temperatures of -45ºC; 15 minutes of battery life; one priceless moment. This is the world of high-Arctic winter photography. In this shot, newborn cubs and their mother scramble atop an iceberg, trapped in the sea ice off the north of Baffin Island. A once-in-a-lifetime shot.” “Measuring around three metres from head to tail, mother bears have little to fear. With males hunting further out on the sea ice, the pressure ridges around the icebergs closer to Baffin’s fjords and bays provide a relatively low-risk environment in which to hunt and raise newborn cubs.” “Local Inuit trackers say the female cub is always the one that stays closer to the mother. Although this has not been the subject of any major study, there is no doubt that, even in the early months, the cubs exhibit differing levels of independence.”


The winners of the 2017 Wanderlust Travel Photo of the Year will be announced at Destinations travel show in London on February 3 at 4pm. The winners will receive a photographic commission to Thailand and all the short-listed photos will be on display at the Wanderlust gallery throughout the show.