From the Taj Mahal to Sri Lanka's stilt fisherman, these are the stunning new takes that made the shortlist of our Travel Icon category and the stories behind them 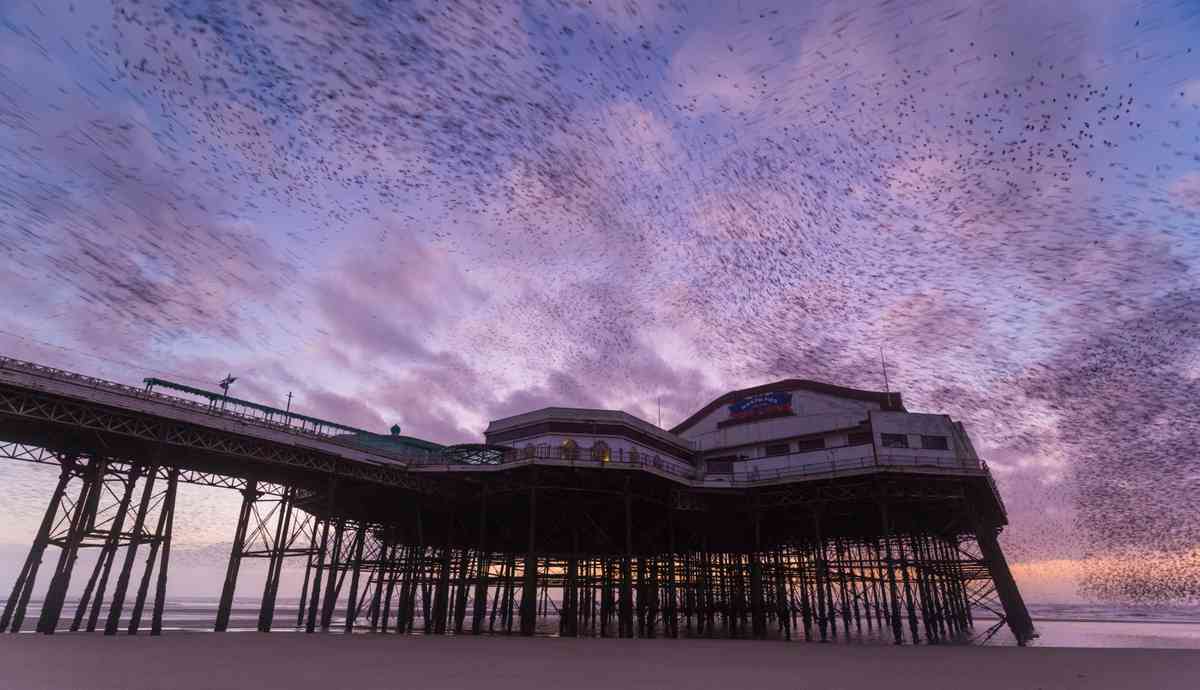 “I have photographed starling murmurations many times over the years but always from afar. However, at Blackpool the birds have become accustomed to the public being on the beach, so I opted to take my shot from within the murmuration as much as possible and capture the event with a wide angle lens, as opposed to the normal telephoto.

What I hadn’t bargained for was how deafening the birds could be, as they called and wheeled around over my head. It really does make the hairs stand up on the back of your neck. It’s inevitable with a shot like this that you stand a good chance of getting pooped on at some point, and, boy, did I? But it was worth it.” 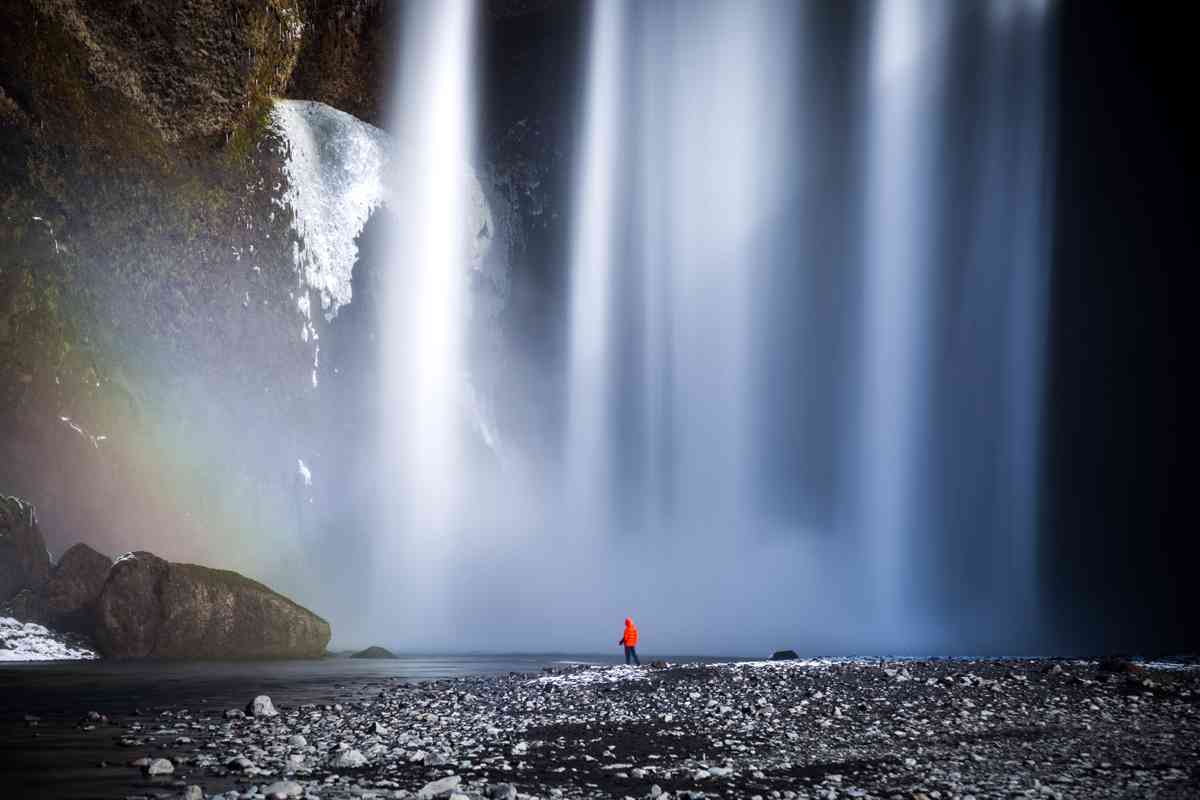 “Skógafoss is a stunning waterfall just off the main ring road. As such, it gets very busy. This was my second time visiting Iceland and I had this shot in mind before my visit. I waited patiently until the opportunity presented itself, with a gap in the crowds leaving this young lad captivated by the falls and dwarfed by the enormity of the curtain of water.

I deliberately framed it to not show the top of the waterfall and used the lone figure to add scale but also keep the viewer guessing just how big the drop could be. I shot in manual and opened the aperture to f/4.5 to get the optimum shutter speed required to make the water look silky but keep the person sharp. Thankfully, he stayed perfectly still for all 3.2 seconds of this exposure.”

Taj behind the colour 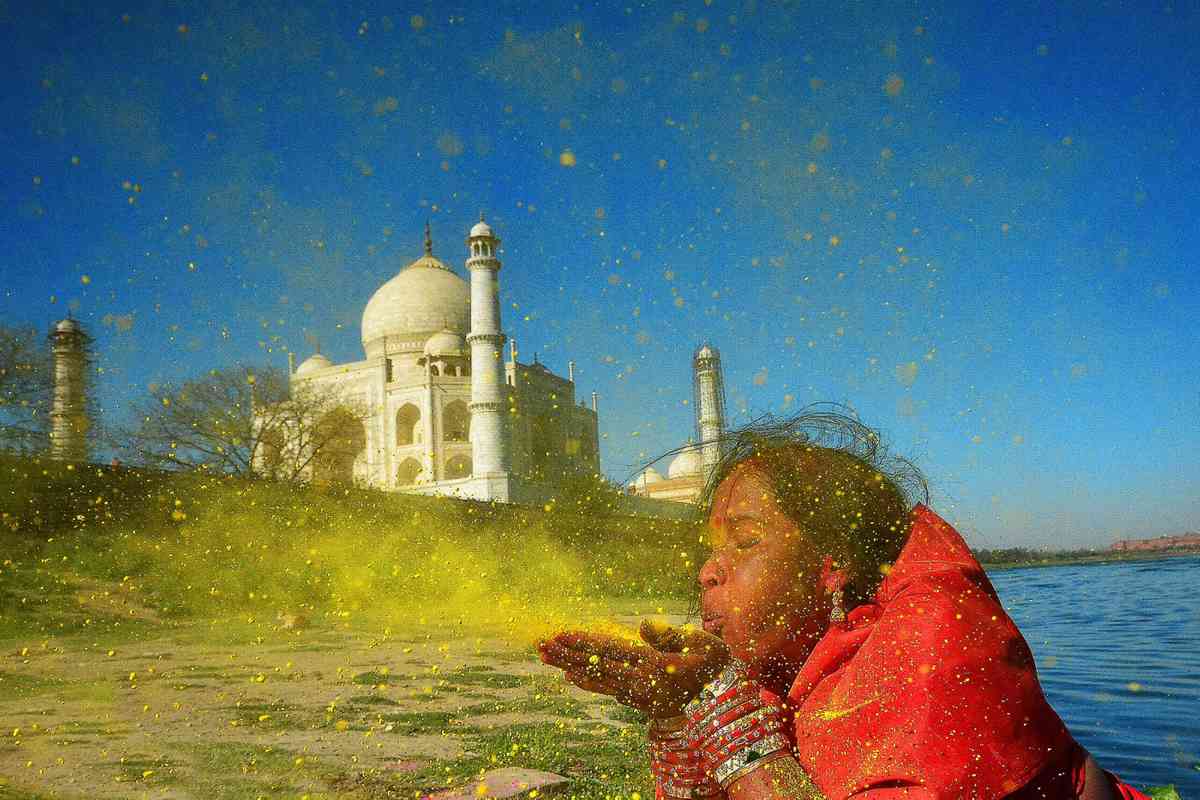 “The Taj Mahal, one of the true wonders of the world, is photographed here through a veil of yellow gulal powder during Holi Festival, when people around the Taj Mahal celebrate by sprinkling coloured powder on one another.

Seen through the veil of yellow gulal, I hoped to capture the beauty of the Taj Mahal and also the Holi Festival, as both are part of India’s unique heritage.”

The Imam Mosque by moonlight 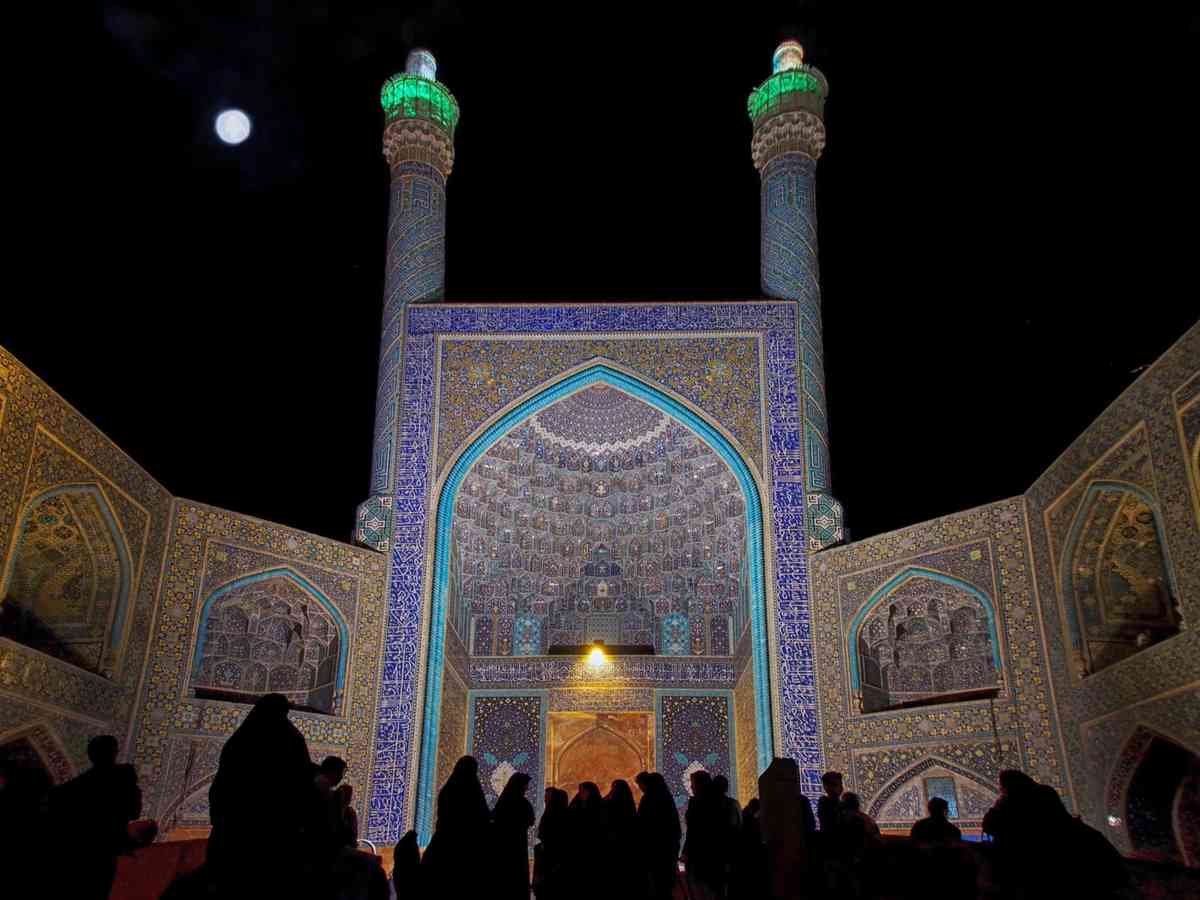 “Once a year, on a public holiday, devout pilgrims are allowed to spend the night inside the Imam Mosque on Isfahan’s main square. Photographed at midnight, they are seen silhouetted by the moonlight, still queuing to get in.” “The riverbed at Mont Saint-Michel, an iconic 8th-century monastery from the Normandy coast of France. Situated in a tidal island just 600m from the land, this location is famous among photographers for the beautiful architecture and the reflection it forms on the water surrounding it.

When I arrived, the tide had long gone and the riverbed started drying up, leaving these beautiful cracks behind. It was around sunset and I decided to emphasise the cracks through my photograph.” 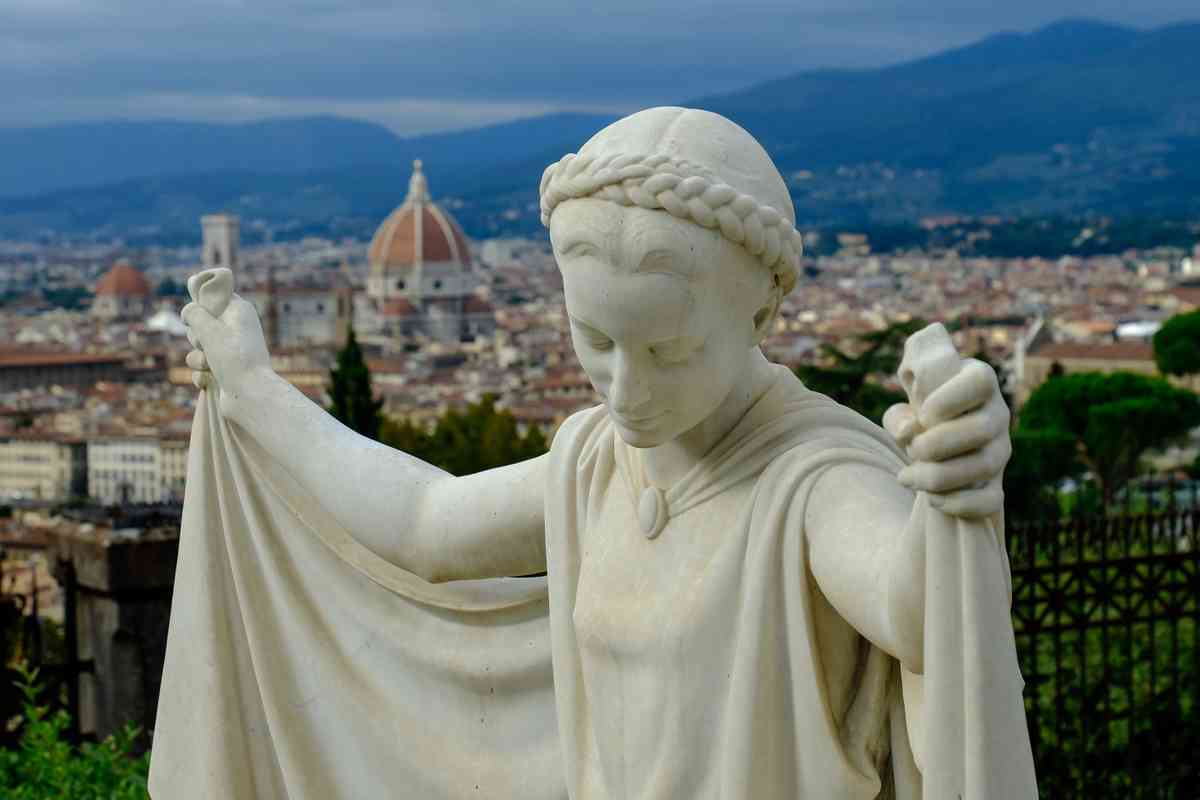 “Located on a hill above the city, the outstretched arms of this beautiful statue at the San Miniato al Monte basilica seemed to embrace Florence and the Duomo.” “We took the ferry across to Kowloon to watch the light show but I didn’t have my DSLR or my tripod with me. Instead, what I had was a compact camera and, try as I might, I just couldn’t get a steady shot. So I decided to change tack. I decided to work with what I had and move the camera as I took the picture to accentuate the blur. If I couldn’t get it crisp, then an impression of moving lights and reflections would do just fine.”

“This image was captured on a moody morning just before sunrise and near the coastal town of Mirissa, Sri Lanka. The method of stilt fishing pictured here is a distinctive sight along the island’s south coast. It took several attempts toying with long exposures to capture both some decent motion blur in the waves and a sharp silhouette of the fisherman.”

White horses of the Camargue 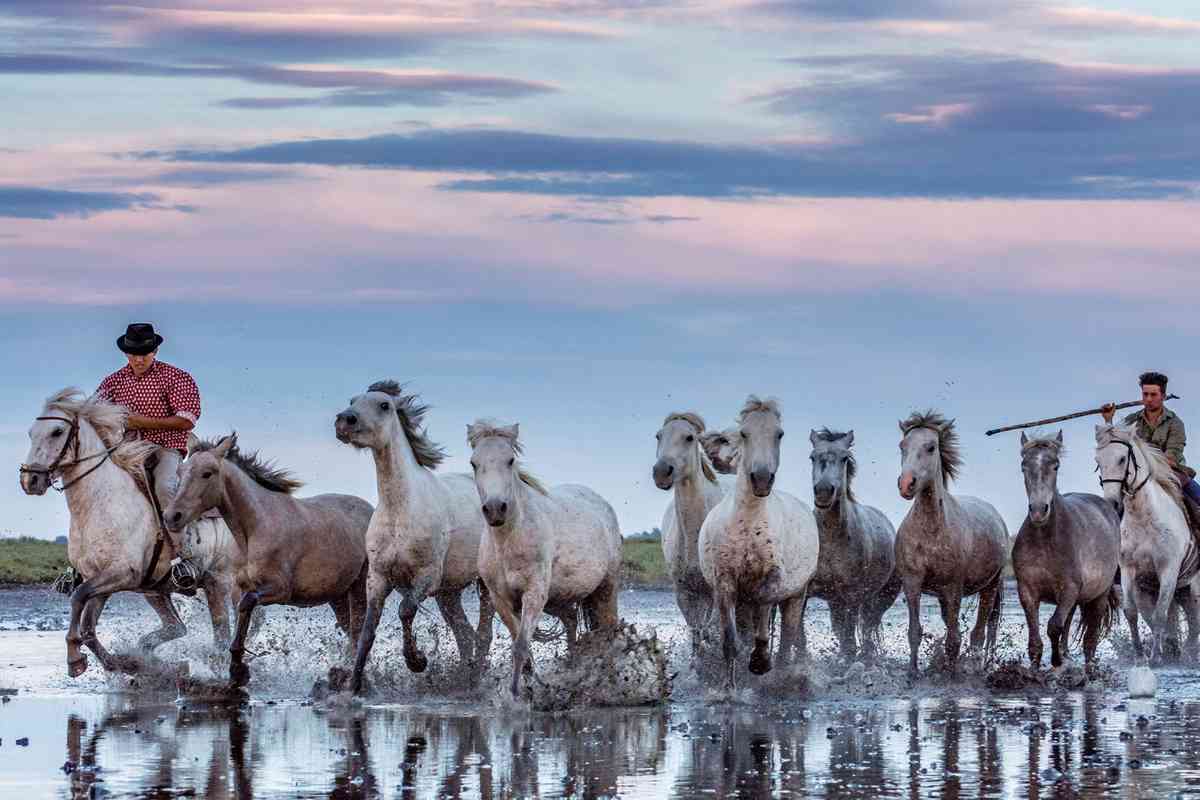 “The Camargue in the south of France is Western Europe’s largest river delta. A wild landscape of salt lagoons teeming with flamingos, the area is famous for its black bulls, wild white horses and French cowboys known as Gardians.

The Camargue’s wild white horses are the oldest breed of horses in the world. When born, they are a dark brown or black but slowly turn grey and then white when they are four years old. You can see the difference clearly in this group of mothers and foals.” 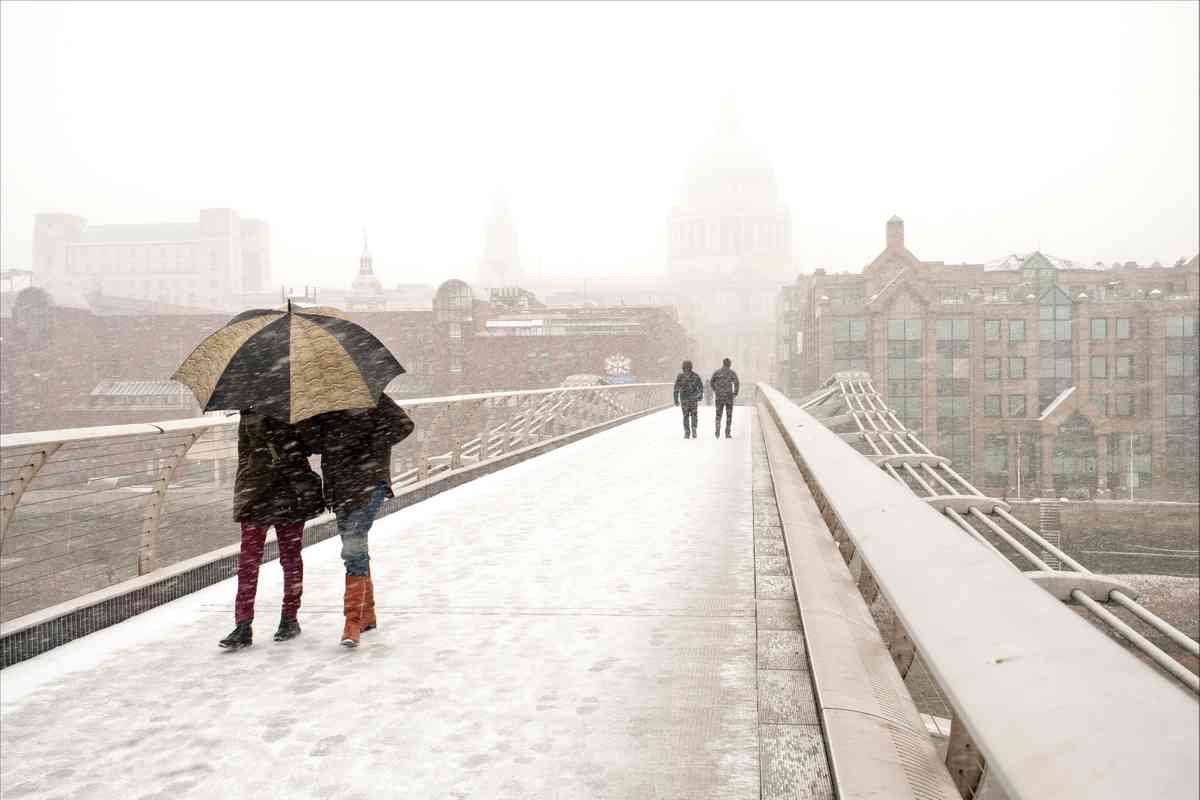 “Snow in London is very unusual. I had listened to the weather forecast and heard snow was on the cards. I always start at St Paul’s Cathedral because of its photogenic possibilities and access up or down the river footpaths, and as soon as I arrived the snow was heavy.

After an hour of taking shots of people battling the elements, I took a break in the Tate Modern before moving downstream towards Westminster. I enjoyed this shot because it had all the elements that I require for a good image. Snow can damage a camera, though – I had lost one in similar circumstances due to wet snow. This time it survived!”

The winners of the 2017 Wanderlust Travel Photo of the Year will be announced at Destinations travel show in London on February 3 at 4pm. The winners will receive a photographic commission to Thailand and all the shortlisted photos will be on display at the Wanderlust gallery throughout the show.