Matthew Woodward is finally heading to Lhasa by train. But first he must confront his old nemesis – the notorious Beijing West railway station

I'm not a big fan of Beijing West railway station. It's difficult to get into the place and, once you do, you're confronted by a number of huge waiting rooms – one for shouting, one for spitting and another for just standing around.

It is instructive to note that where you wait for your train at Beijing West has no bearing on your platform. You might wait in Room No.1, go through Ticket Check No.4 and then board on Platform 9.  I showed my ticket to Lhasa to a couple of guards and after a lengthy discussion they concluded that my best bet was to hang around Ticket Check No. 4. Apparently, that was where my train would board after a delayed train to Xian finally left.

Their advice meant I could practice my 'River' technique for speedy boarding on Chinese trains.  I allow myself to be swept towards my intended gate by the crowd for the train departing from that platform before mine, and pulling out of the scrum right at the gate and then pretending that I thought it was my train. Then, on reaching the gate, I point to my ticket, pretend I don't know where I should be and the guards let me stand there until it's time for my train to board. It's the Chinese railway equivalent of 'Priority Boarding'.

From there, getting on the train itself is straightforward enough. It's not long before music plays on the platform and we pull out of Beijing West Platform 4, bang on time.

I am in Carriage No. 5, coupled directly with the restaurant car, and the carriage is 'Soft Class'. The carriage consists of eight four-berth compartments, seemingly full of Chinese couples heading for a short break to Tibet. The atmosphere is actually quite pleasant. For now, the shouters and the spitters are mostly back in Second Class Hard. 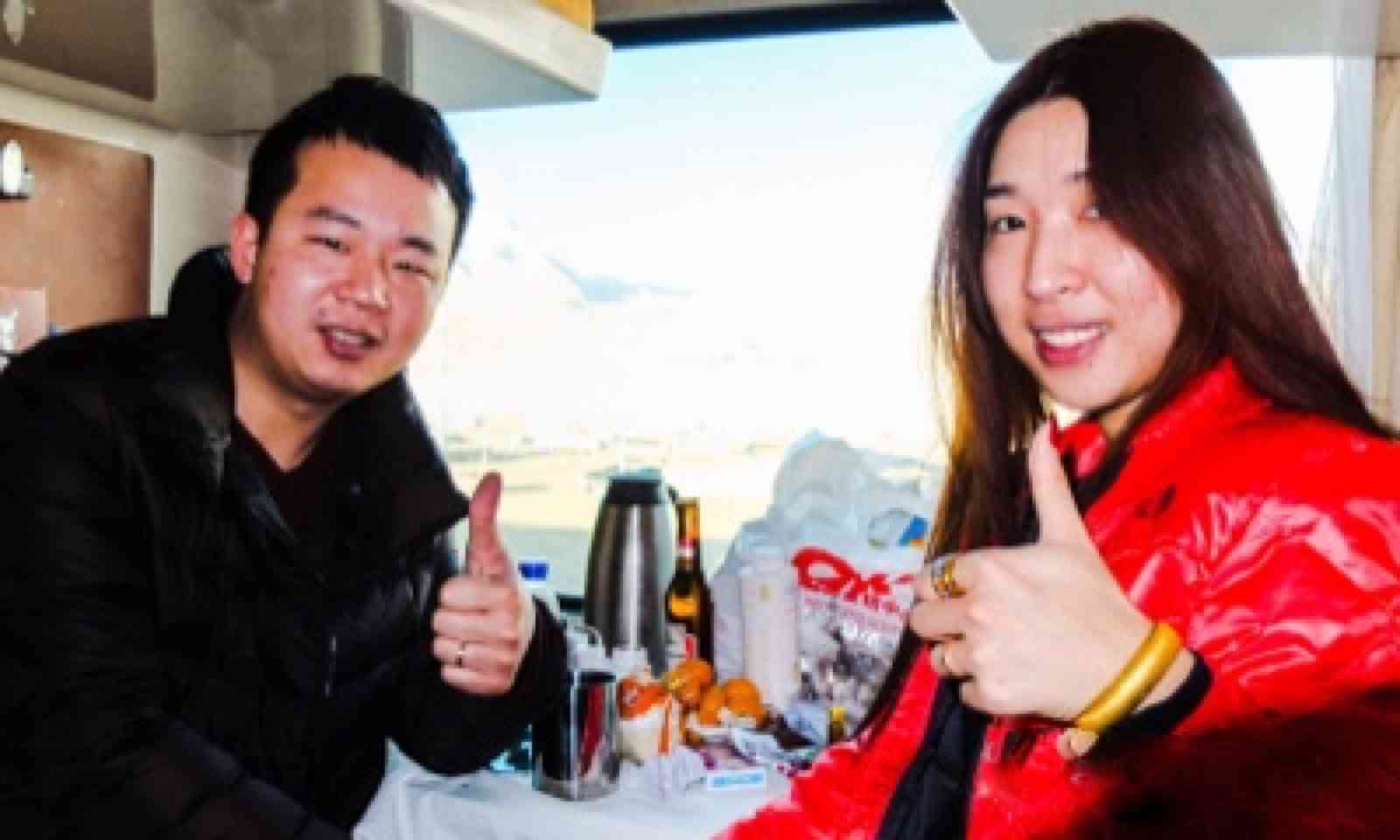 At the end of the carriage is a samovar. It's a fully fitted one, not like the exposed polished boilers that you find on Russian trains. It's very popular and there is an orderly a queue of passengers – well, as orderly as it's possible to have on a Chinese train – waiting to make their instant noodles.

In case you are interested, I can report that Chinese instant noodles are considerably more sophisticated than those that can be found in the U.K. Inside the carton there are a series of packets of seasoning that need to be added in just the right order. Some patience is required – you can't just dive in like a student back from the pub on a Friday night – but you will be rewarded with the tastiest instant noodles in the world.

I'm pleased I put my Crocs in my daypack as it gets very wet down one end of the carriage. Here there are three sinks in an open-plan bathroom, next to two toilets, one squat, one western. The area is part flooded and seems multi purpose. Some passengers use it for vegetable preparation, others for for waste disposal. All I want to do is brush my teeth and get far away as quickly as possible.

On the subject of luggage, my latest strategy has paid off. My big bag is soft sided and  can be squeezed onto the roof rack. It is nearly impossible to get anything out of it during the journey, but I have all the kit I will need already in my daypack.

I have been allocated one of the top bunks in the compartment and it soon becomes apparent that I don't yet have the sophisticated technique required to reach it yet. The first step seems far too low and there is no rope to pull on to get up and onto the bunk. I have taken to perching on both upper bunks with my knees, like parallel bars, which seems to scare a girl called Jenny who has the other upper bunk. If I could speak Chinese I'd tell her that my intentions are purely honourable and that I was simply trying to stop myself falling into the abyss.

Once up in the berth it's pretty comfy, with a small TV (not working), air conditioning (working), and a place to plug in my own oxygen mask (not yet working).

The restaurant carriage is busy. Inside it is a lively mix of off-duty police and slightly drunk and shouty passengers. It has beer of sorts – Chinese Budweiser for 10 RMB (£1) – pulled straight out of cardboard cases stacked on the floor and served warm. This is probably a blessing in disguise. I started taking my altitude medication, Diamox, that morning and need to stay hydrated. Having said that, it would be another 30 hours before we started hitting serious altitude, so allow myself a beer to celebrate putting Beijing West behind me. 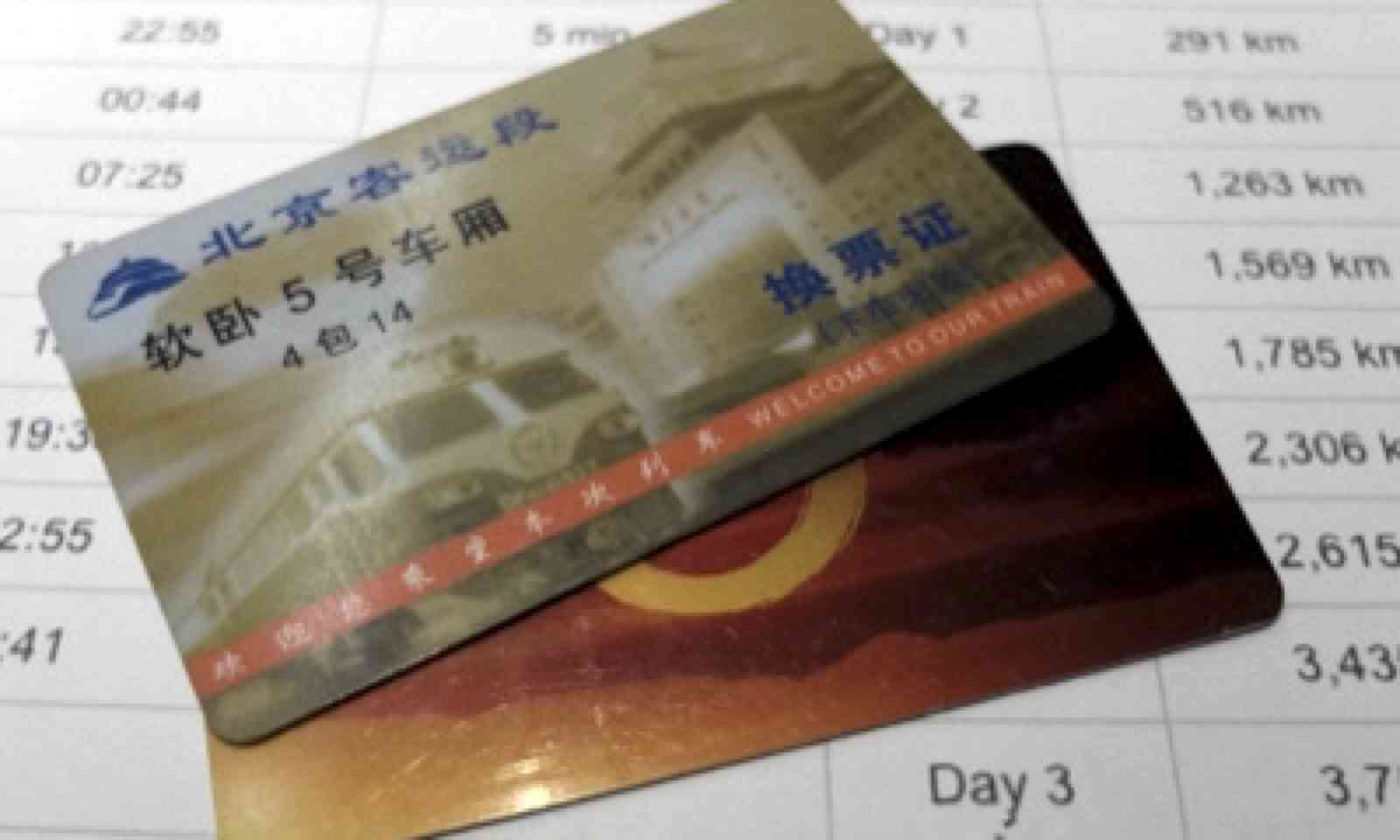 I have been given a special plastic card in exchange for my ticket to prove that I am a legitimate passenger on the train. My one is a gold one, so I wave it at the staff, hoping it gets me into a special lounge or an executive bathroom but all I've been getting is funny looks.

Time to turn in for the night, I think, and see if I can grab some low altitude rest.