Ubud is a vibrant blend of ‘East meets West’ – but despite its blissed-out reputation, you can still find the old Bali among its temples and terraces, says Melissa Burfitt

Set deep in the lush Gianyar foothills, amid tumbling ravines and rippling rice fields, Ubud’s inland setting is both its charm and saving grace.

The city’s location has meant that it skipped a lot of the rapid 20th-century growth that befell Bali’s southern coast, letting it develop at a slower pace.

In many ways it’s a work of art. What were once a handful of artisan villages, home to wood-carvers, textile makers and painters, merged over time. By the 1930s, European artists flocked here, drawn by its creative spirit, building the city’s first galleries and confirming it as Bali’s cultural heartland.

But the old skills were not forgotten. Even now, some neighbourhoods and villages are still better known for their specialist crafts. Pay a visit to Mas, five kilometres south of the city centre and famed for its wood sculpting, to watch master craftsmen in their workshops. Only the city’s spiritual side plays a larger role in life in Ubud today. 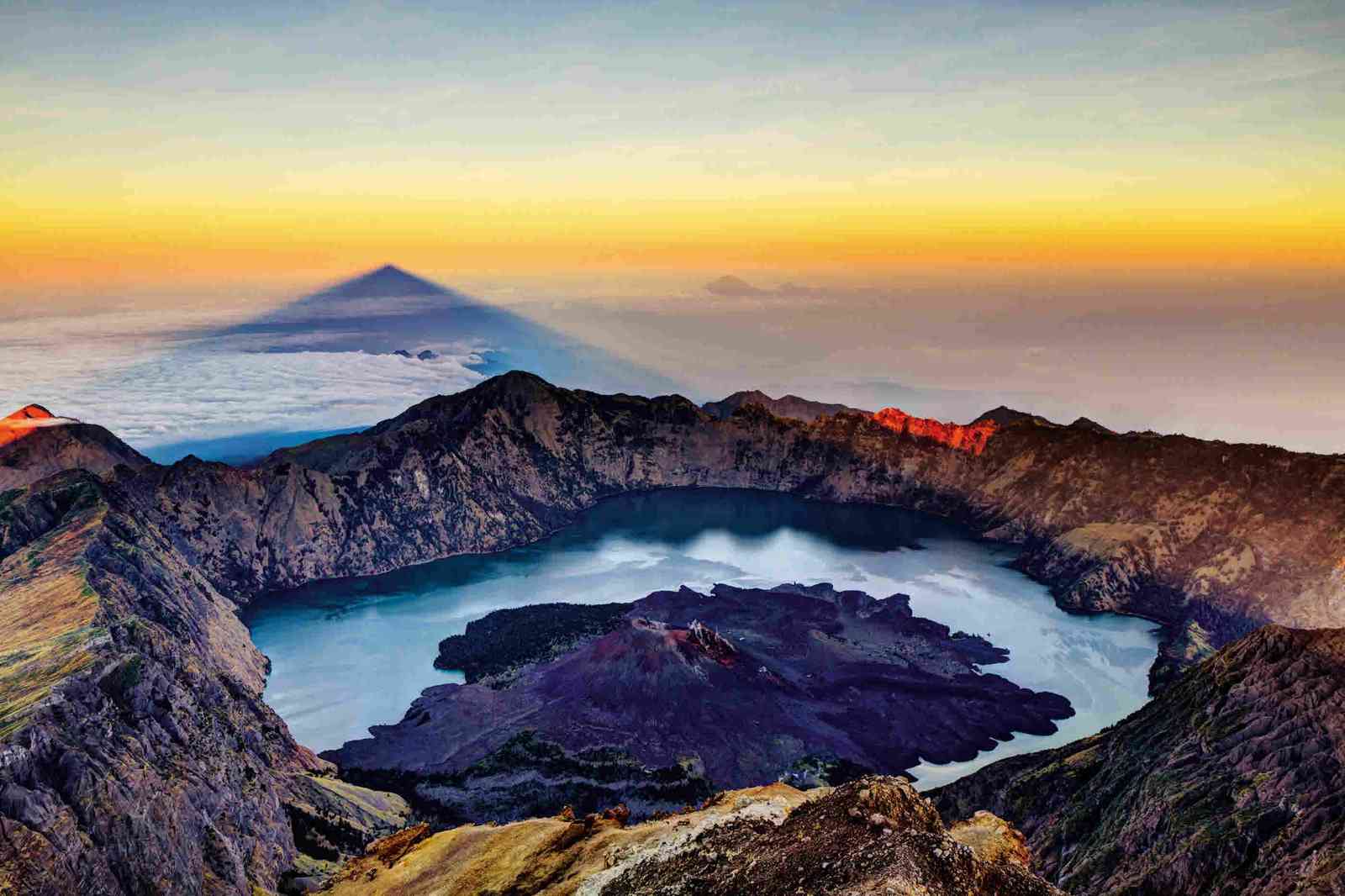 Hindu temples dot every street and garden, with canang sari offerings (baskets of flowers) on each doorstep – a daily thank you to the gods. It’s no surprise Ubud has been adopted by the yoga crowd.

Western comforts shadow Balinese traditionalism at every turn these days, yet the two worlds exist in happy tandem: an ancient yin to a blissed-out yang.

Take the city’s culinary scene for instance – among the most innovative on the island. Explore traditional warungs (family-owned establishments), serving up heapfuls of mie goreng (spiced noodles) and tempting babi guling (suckling pig), as well as artisan coffee shops and fusion restaurants.

Yet it’s only when you wander away from the city centre that you see the true legacy of Ubud. Its babbling gorges and Tegallalang rice terraces still beguile, just as they did centuries ago. Meanwhile Bali’s volcanic peaks carve out a jagged horizon beyond the veils of morning mist, a siren call to hikers gifted the chance to see where it all began.

Getting there and around

Garuda Indonesia (garuda-indonesia.com) has recently launched the first direct flights from London to Jakarta (18 hours); five times weekly from £322 return. This can be combined with a two-hour connecting flight to Bali’s Ngurah Rai Airport (also known as Denpasar) with Air Asia; from £55 return.

The airport lies 50km south of Ubud. Taxis are good value and efficient, taking 35 minutes to get to the city centre. This should cost around IDR195,000 (£10), but insist on using a meter. Once in Ubud, explore on foot or by scooter, with prices pretty low (£5 per day) for the latter – although helmets and nerves of steel are required on its roads.

Fast boat transfers are available from Lombok and the Gili Islands to Padang Bai port, on Bali’s east coast. Tickets usually include an overland transfer to Ubud.

Visas: Depending on which airport visitors to Indonesia land at, guests staying up to 30 days will either be free to enter the country without a visa (Jakarta Airport, for example) or will be asked to pay for a visa on arrival (Bali Airport and others). To minimize any hassle, try to bring US$35 (24) in exact cash.

Currency: Indonesian Rupiah (IDR), currently IDR19,249 to the UK￡. However, many businesses use US Dollars or Euros instead. Credit cards are widely accepted and Ubud’s central tourist information office has a reliable currency exchange. Tipping is not expected, but a 10% tip for good service is always welcome.

Health issues: Malaria is not an issue, but it’s always wise to be up to date on all your vaccinations. There is a risk of rabies, while dengue fever is prevalent during rainy season (see ‘Climate’).

Climate: Ubud has a tropical climate; it can rain at any time and is prone to balmy temperatures, though it’s cooler than Bali’s coastal areas. April to September is the dry season; October to March is rainy season. 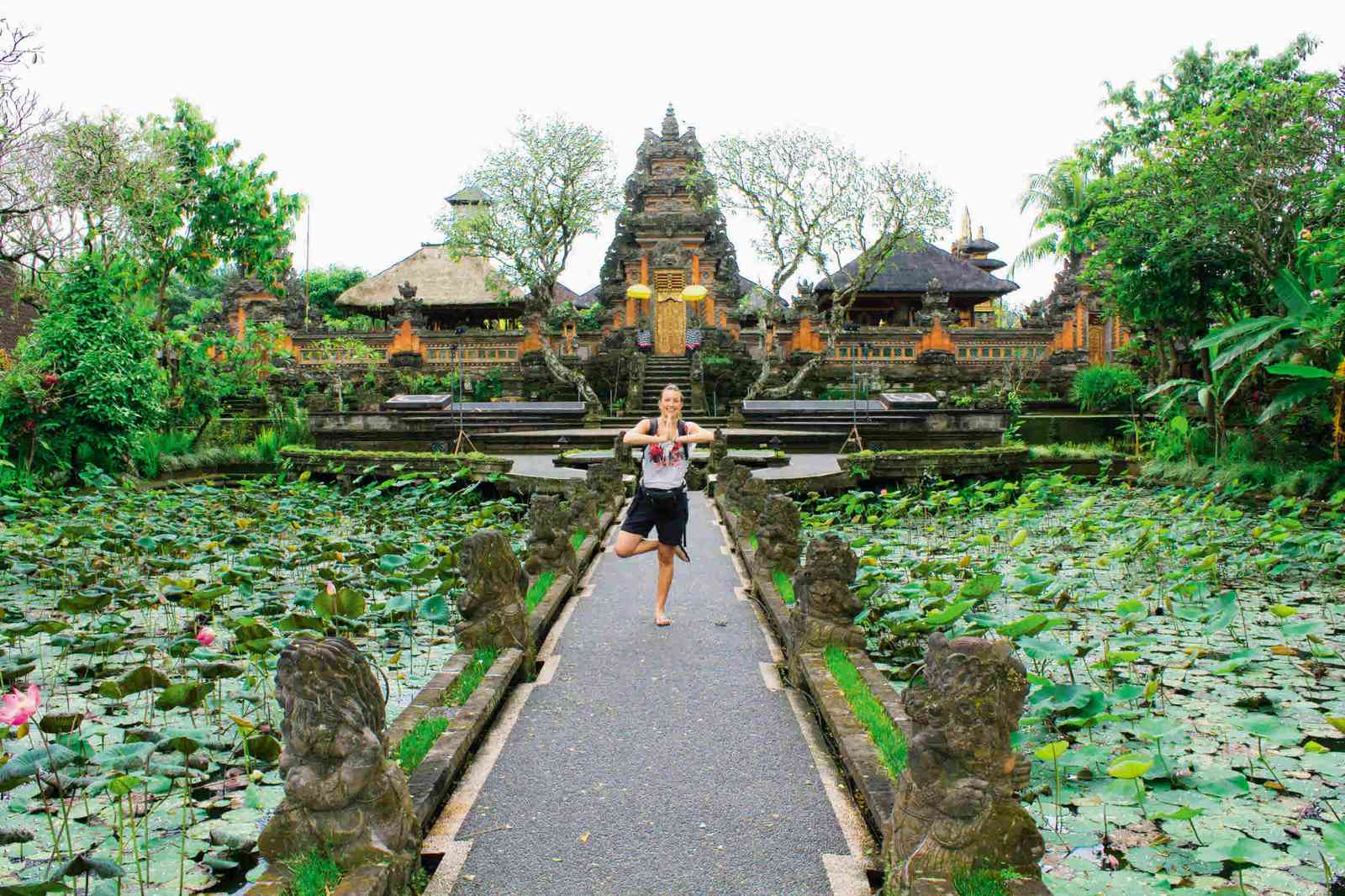 Get your bearings among the waters and lotus flowers of Pura Taman Saraswati temple [pictured] on Kajeng Street. Set in the heart of Ubud, it offers a truly serene introduction. Next, head west to Puri Lukisan (museumpurilukisan.com), Bali’s oldest art museum. Its collection includes works by the local 20th-century Batuan and Sanur schools of painting; plus there are also workshops on traditional crafts.

Afterwards, see how the professionals do it at Ubud’s central craft market and artisan boutiques, the hub of which is off Raya Street (nearby Hanoman Street also has some fine shops). The stallholders here live up to Bali’s friendly reputation and negotiations are usually good-willed.

Escape the bustle of Ubud centre by following the Campuhan Ridge Walk out to open countryside. Take the bridge over Campuhan river, which leads to the Pura Gunung Lebah temple complex, where exquisite carvings lie beside the rushing water. Guided herb walks also allow you to learn about the area’s healing roots.

In late afternoon, drive 20 minutes out of town to take a tour of the world’s largest bamboo structure at the Green School (greenschool.org), a remarkable building and eco-awareness centre.

As dusk draws in, head to the fine Café Pomegranate (cafepomegranate.org), where the sun sets over 360° rice-paddy views. Finish the night with a traditional Legong or Barong dance show in the 18th-century Puri Saren Ubud (Royal Palace), back in the centre of town. 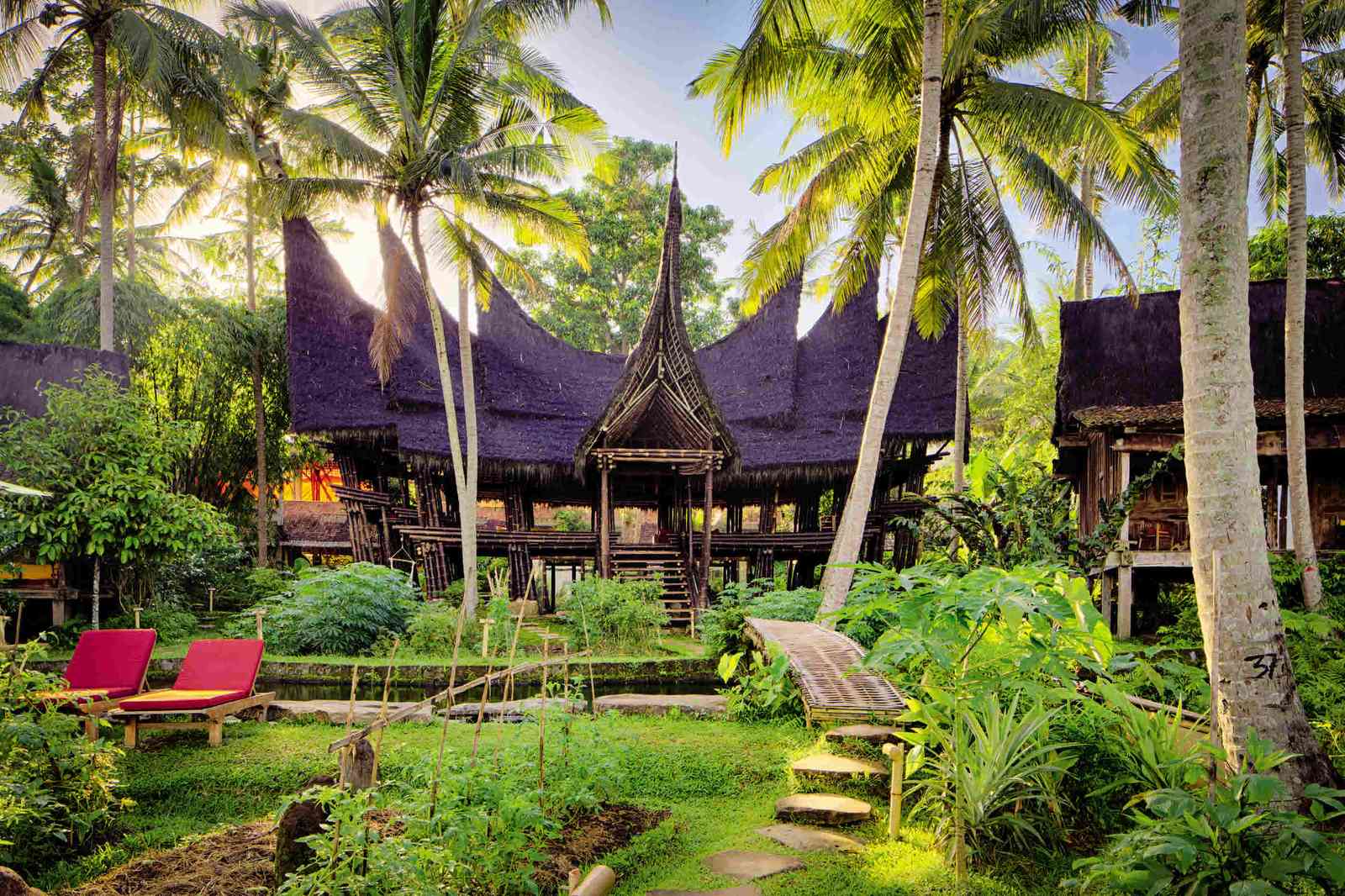 Top end: The antique Javanese houses and bamboo structures of Bambu Indah offer the ultimate in eco-retreat chic. Set in an organic garden overlooking rice fields and the mountains beyond, its natural swimming pool and open-air restaurant provide grassroots tranquility in a quiet neighbourhood just west of town.

Mid-range: If you’re seeking self-improvement during your visit, the Yoga Barn’s guesthouse (theyogabarn.com) couldn’t be more convenient. Breakfast at the Garden Kafe is included and the standard rooms have bathrooms with private showers.

Budget: An old hand (open since 1981), Taman Indrakila nestles above a river valley to the north-west of the town centre. Rooms are clean, simple and traditional, and there’s a pool for cooling off at the end of the day.

Stay – at least for a while. Ubud isn’t just yoga, lattes and boutiques, there’s plenty of traditional markets, lush rice paddies and ornate ancient temples to explore nearby, using the city as a handy base.

That said, there’s plenty more to see in Bali. Take a transfer further inland to trek tourist-free rice fields and see the otherworldly Pura Luhur Batukaru temple complex, which rests in the foothills of active volcano Mount Batukaru (40km from Ubud). Views from the 1,700m-high Mount Batur (40km) and towering 3,031m Mount Agung (50km) are also both worth the early start and climb.

Alternatively, head east to Padang Bai port (38km) and catch a fast boat to the super-chilled Gili Meno and Gili Air islands (both around 1.5 hours) for excellent diving and snorkelling. Or continue on to reach the island of Lombok (4-5 hours), where active volcano Mount Rinjani hides a truly stunning lake within the creases of its peak

If you do pay a visit to Ubud’s popular Indiana Jones-like Sacred Monkey Forest, be wary. The monkeys verge on aggressive, so if you choose to visit, leave any and all snatchable valuables back at your hotel.