As the first direct flights from the UK land in the neon glitz of honky tonk Nashville, discover a growing city that moves to a different rhythm entirely...

Nashville wasn’t always the toe-tapping home of country music. It began life as Fort Nashborough, a stockade founded by American explorer James Robertson and a party of frontier settlers in 1779. Named after the American Revolutionary War hero Francis Nash, it has been Tennessee’s permanent state capital since 1843.

But before it became ‘Music City’, antebellum Nashville was a wealthy commercial hub, later emerging as an important transport and printing centre. These days, however, the railway line that cuts the urban centre is only used by freight trains as the city moved in a different direction entirely.

It was the advent of the Grand Ole Opry radio show in 1925 – and later the recording studios of Music Row – that positioned Nashville as ‘Music City USA’, even if this nickname was first coined by Queen Victoria after seeing the city’s African-American Fisk Jubilee Singers in 1873. The Opry may have later moved to a larger venue outside the city in 1974, but its old home – the Ryman Auditorium – still stands and even hosts Opry shows in winter.

Until as recently as last year, Nashville was Tennessee’s second city, but it has just surpassed Memphis in population size. Today, it is a city on the rise in every sense, especially in downtown where dozens of cranes work on skycrapers. The famous Nashville skyline is changing, fast.

On 4 May, British Airways began flying from London Heathrow to Nashville five times weekly, making it the first airline to connect the city directly with Europe. Flight time takes around nine hours.

Nashville International is 10km east of downtown and is more like a regional airport in size, though it still has plenty of ATMs and shops. One nice touch is the live music that plays in its restaurants and bars. A new international terminal opens in 2023.

The public bus stop is located on Level 1 of the airport – look for the blue-and-white MTA sign. Route 18 goes downtown. On the return journey from the city, take either the Airport, Elm Hill or Airport Express buses (all marked ‘18’) from Bay 13 of Music City Central station. Express trips take about 20 minutes while those making local stops tend to take between 34 and 45 minutes depending on traffic.

Ten firms (the usual suspects) offer car hire at the airport. Or if taking a taxi, there’s a flat rate from the airport to downtown or the Opryland hotel area. Some hotels operate their own shuttles.

No passenger trains stop in Nashville (the closest Amtrak station is in Memphis), but long-distance Greyhound coach services arrive at the station on 5th Avenue. 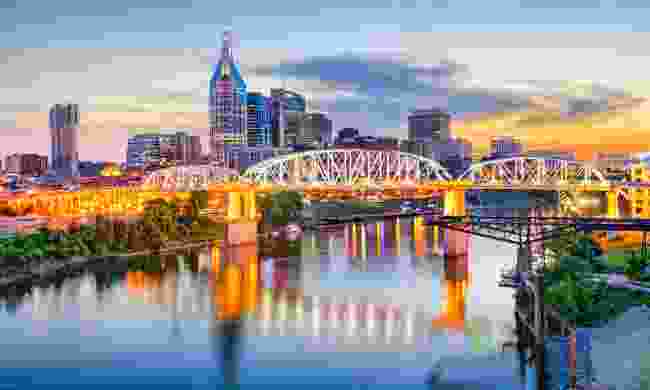 Start at the 5th Avenue branch of Frothy Monkey, which does great coffee and doughy biscuits (savoury scones) covered in dripping-infused gravy. Fill up before strolling to the corner to see the statue of iconic guitarist Chet Atkins.

Wander past the neon signs of Printers Alley (once home to dailies, now a bustling bar area) to the Country Music Hall of Fame & Museum. This is a great spot to gain an overview of Nashville’s music scene, as is the nearby Ryman Auditorium which hosted the original Grand Ole Opry (country music showcase) and was the venue for Johnny Cash’s TV shows. Spend an hour touring this old theatre, spying the guitars and rhinestone-decorated shirts on display.

Next, hop on a free electric bus to The Gulch, a newly jazzed-up area. Tuck Into the ‘meat and three (greens)’ at Arnold’s Country Kitchen (+1 615 256 4455) on 8th Avenue – a local classic – then stretch your legs with a stroll down Music Row, stopping at the legendary RCA Studio B (where Elvis recorded most of his hits).

Finish with a gig at 3rd and Lindsley, The Station Inn or The Listening Room Café. The music here is better than the usual boozy honky tonks; grab a burger and enjoy the show.

Top tip: Manuel’s on 800 Broadway is famous for making Johnny Cash’s suits. Check out the shirts and dresses – yours for a cool few grand. 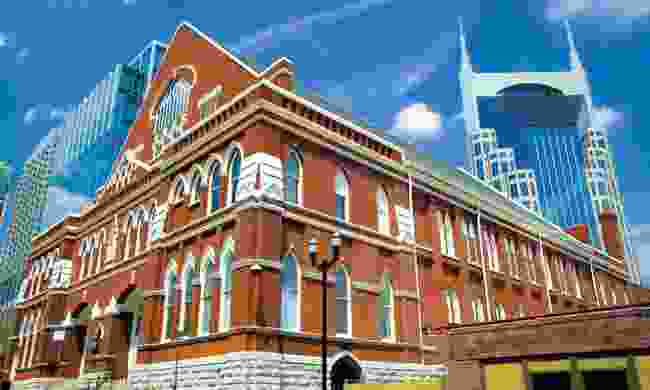 For a short stay, downtown makes the most sense; you’ll be able to walk to the museums, honky tonks and central parks.

Mid-price: Quality Inn Downtown-Stadium lies off Interstate Drive and has decent complimentary breakfasts, clean rooms, free shuttles into downtown and – most importantly – a guitar-shaped swimming pool from which to dream of stardom.

Budget: Nashville Downtown Hostel is set within a handsome riverside building. It is basic but ideally located for local sights and live venues. Doubles are available, but mixed gender dorms are much cheaper. 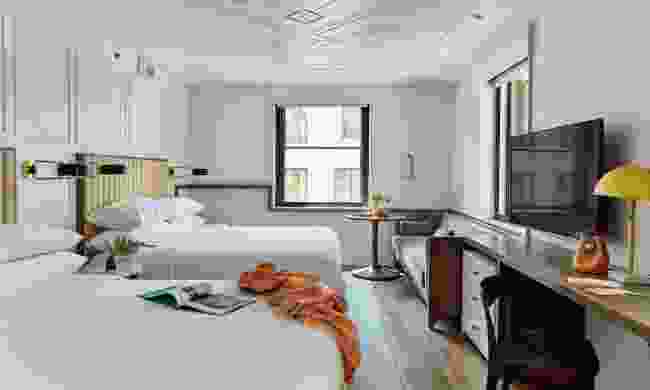 Stay! Nashville deserves a few days before setting off on a typical Tennessee road trip.

The essential stops include downtown and SoBro (South of Broadway), the Johnny Cash Museum, Cumberland River, Frist Art Museum and Victory Park. Broadway in particular is the home of honky tonks. By day it’s busy, by nights boozy; but while it does throng with tourists, many local musicians find their feet here, with Nudie’s Honky Tonk worth a look-in.

East Nashville – especially Five Points – is great for dining, and if you can get a ticket, catch a gig at the tiny Bluebird Café  in the south of the city; this venue hosts some intimate sessions.

Beyond Nashville, the top Tennessee spots are Graceland, Memphis – a cradle of American music and Elvis Presley’s old home - and the Jack Daniels distillery in Lynchburg. Finish among the wilds of the Great Smoky Mountains NP, soaking up the scenery that inspired the music. 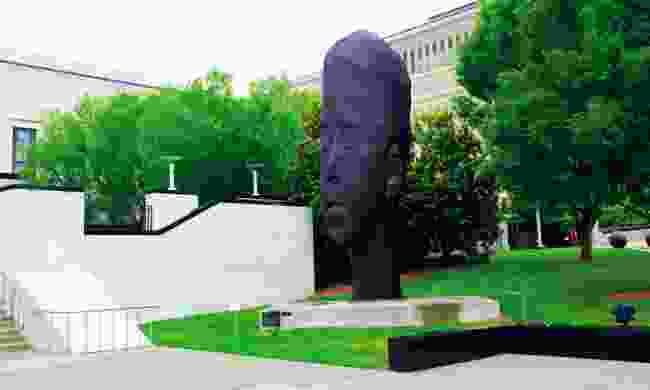 Visas: Not required by UK citizens for stays of up to 90 days. But you will need a valid ESTA (Electronic System for Travel Authorization), which can be applied for online.

Highest viewpoint: The top-floor lounges of the Renaissance and The Westin hotels overlook the city’s downtown music icons.

Health issues: None to speak of.

Recommended guidebooks: Both the Insiders’ Guide (2016) and Moon (2018) handbooks are useful guides.

Climate: It’s cool in winter, but summer temperatures typically top 30ºC and can hit the low 40s. It also gets very humid.