Friendly neighbourhoods, outstanding natural beauty on the doorstep and the most iconic tower in the USA – Seattle's got it all...

Sitting on Elliott Bay, sandwiched between salty Puget Sound and the fresh waters of Lake Washington, and overlooked by snowcapped Mount Rainier, few cities are as splendidly located as Seattle.

The city is a sprawl of quirky neighbourhoods, each with a unique vibe – from the bearded hipster streets of Fremont to the tree-lined avenues of upmarket Queen Anne and edgy-but-cool Capitol Hill. It’s also home to an eclectic mix of independent stores and massive chains (Amazon, Starbucks and Microsoft are all based here).

So it’s no wonder that Seattle is the unofficial capital of the Pacific Northwest and, despite the economic downturn, one of the fastest growing cities in America. Since Seattle was first founded by European settlers in 1851, it’s had to deal with ups and downs. 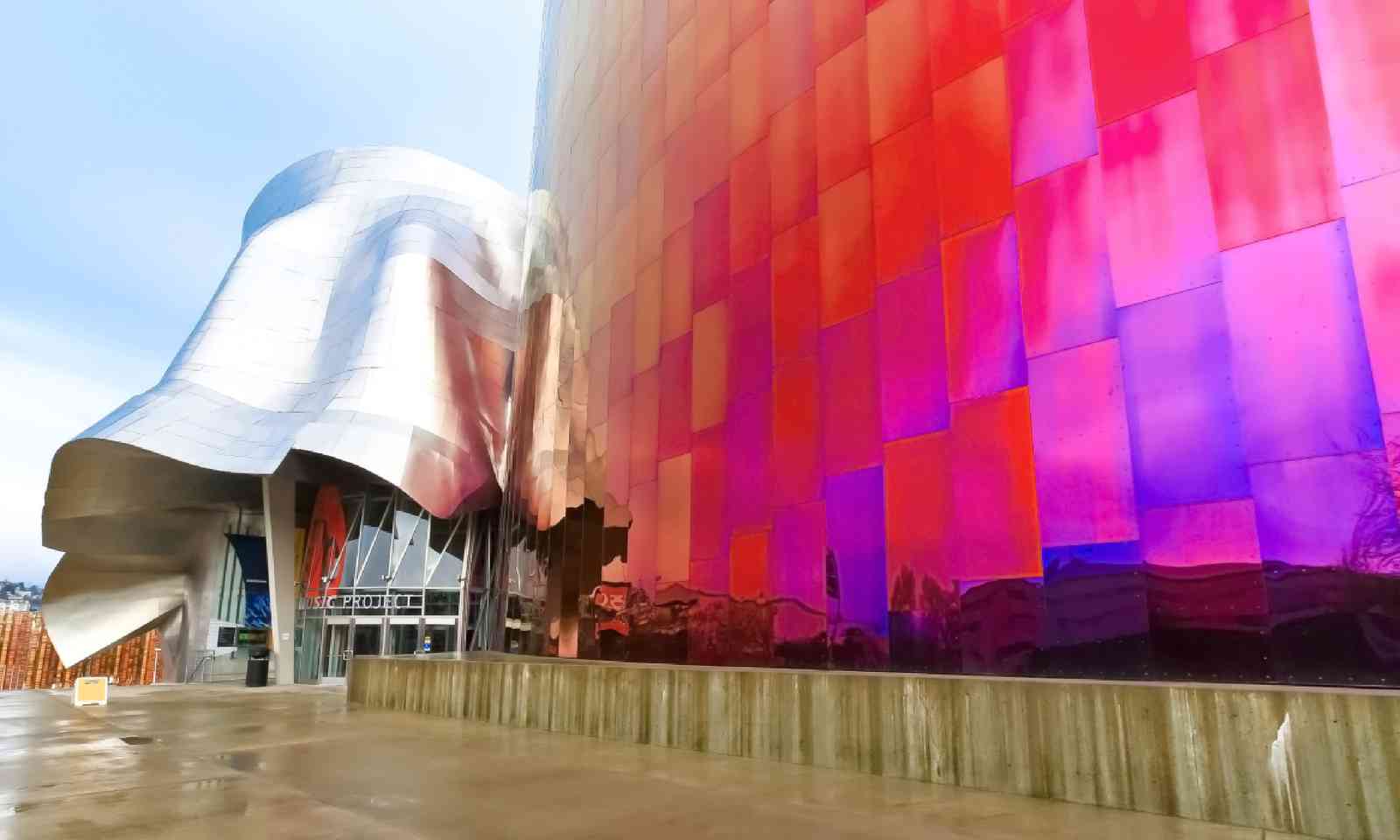 In the early days it had a booming timber industry and was a key stop-off for gold prospectors heading north to the Klondike (“the best way to make a fortune in a gold rush is to sell the pickaxes,” a tour guide told me – which is exactly what Seattle did).

Then in 1889, it was ravaged by the Great Fire (you can take an ‘underground’ tour to see the original street level, almost 7m below the current one). Later, the city was beset by sewage disposal issues (thankfully since sorted).

But Seattle has always found a way to bounce back. With a thriving music scene (a legacy of local legends including Nirvana and Jimi Hendrix), thriving coffee culture, more exhibitions than you could ever attend and the great outdoors on the doorstep, Seattle will fill your first 24 hours, and far more. 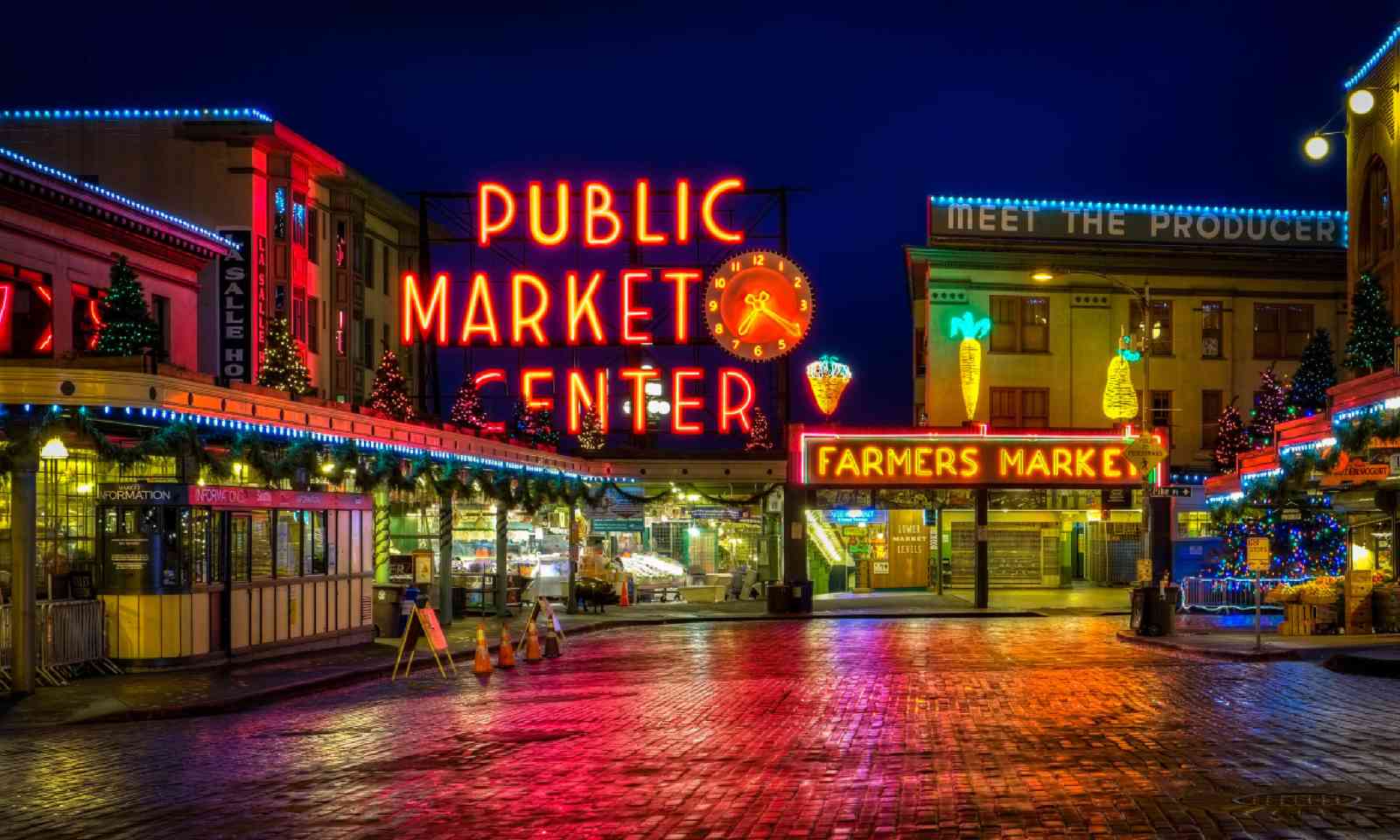 It is a 9.5-hour direct flight from the UK to Seattle’s Sea-Tac International Airport; the airport is 19km south of downtown. At immigration there are new machines for travellers holding ESTAs, to help speed up the process. In Arrivals there are shops, ATMs and currency exchange desks; there may also be live music, which is staged around the airport seven days a week.

Link Light Rail trains run from the airport to downtown Seattle every 7.5-15 minutes; the ride takes 30 minutes and costs $3 (£2) one-way. A courtesy shuttlebus runs from Arrivals to the car rental depot. 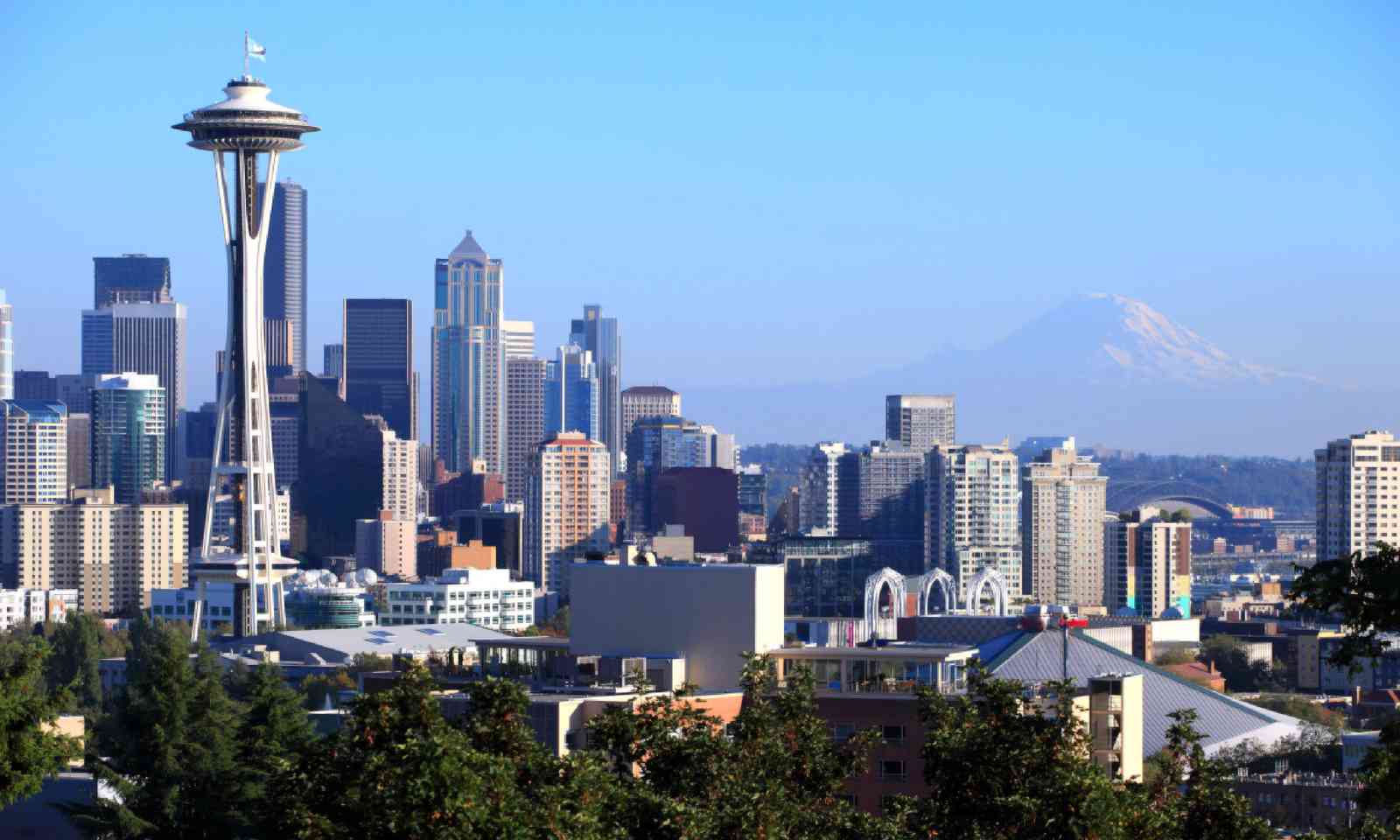 Start your day by grabbing a bike, either from your hotel (see Hotel Five, below) or thebicyclerepairshop.com. Then cycle to Belltown for breakfast at The 5 Point Cafe, one of the most famous ‘dive bars’ in the city, which serves a mean bacon butty (and a great veggie equivalent).

Head north around Lake Union (where movie Sleepless in Seattle was set) to the pretty district of Fremont. Don’t miss the Fremont Troll, a huge statue clutching a VW Beetle, under the freeway bridge. Then pedal on to Gas Works Park for views of the city across the water. 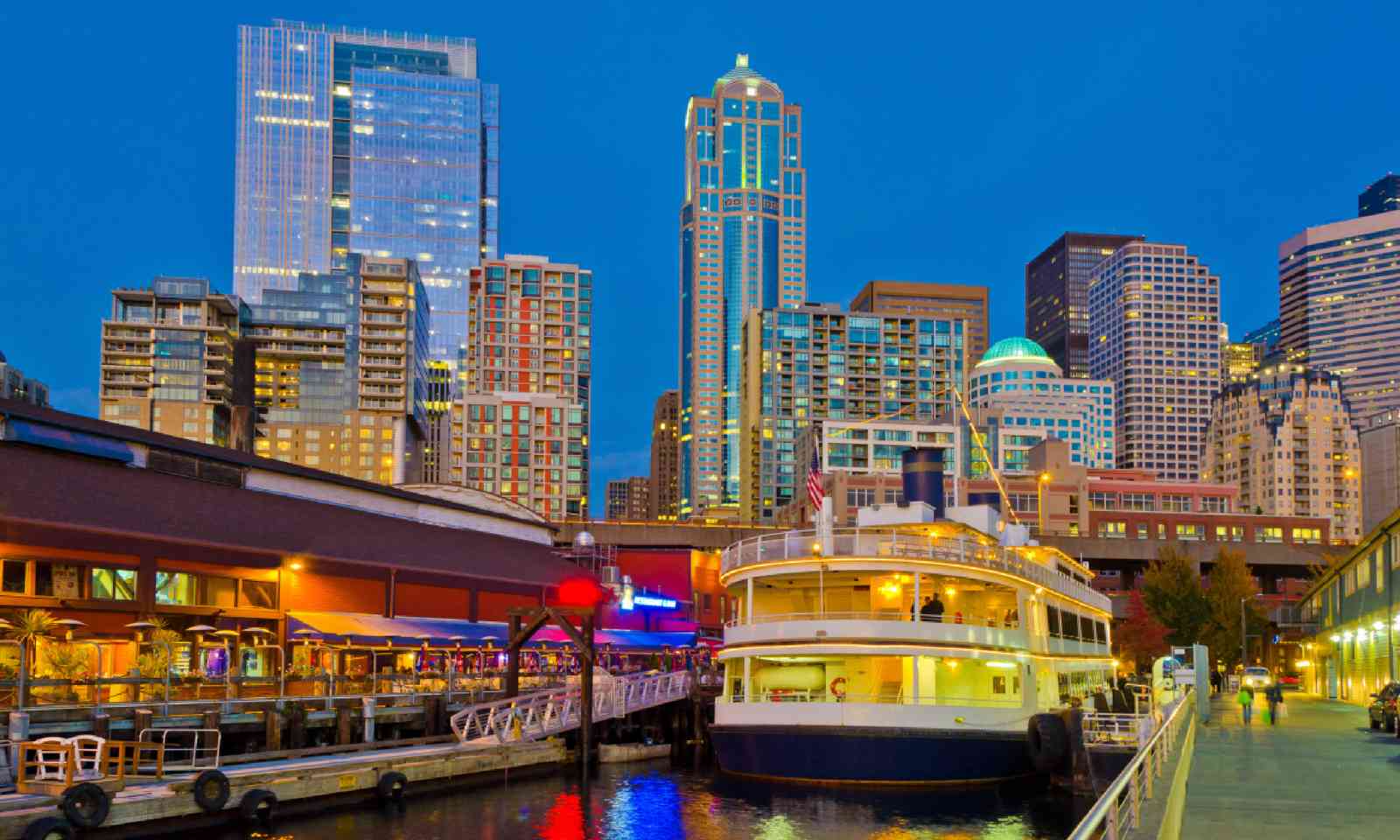 Bus or bike back to downtown and head to Pike Place Market to grab lunch and a coffee (the original Starbucks store is here – look for the queue). Next, relax on a one-hour harbour cruise, enjoying the views of Mt Rainier and the Cascades and Olympic mountain ranges. Back on dry land, take an Underground Tour, a funny and fascinating walk through the subterranean passages that were once the main streets of downtown.

Next, visit EMP, a pop-culture museum covering everything from Hendrix to sci-fi. Finish by ascending the Space Needle at dusk to watch day turn to night. Grab a bite at the SkyCity rotating restaurant.

Top end: Inn at the Market combines clean and airy rooms with a killer location, right in the heart of Pike Place Market. Rooms face either the city or the harbour, best for views of the Olympic Mountains. 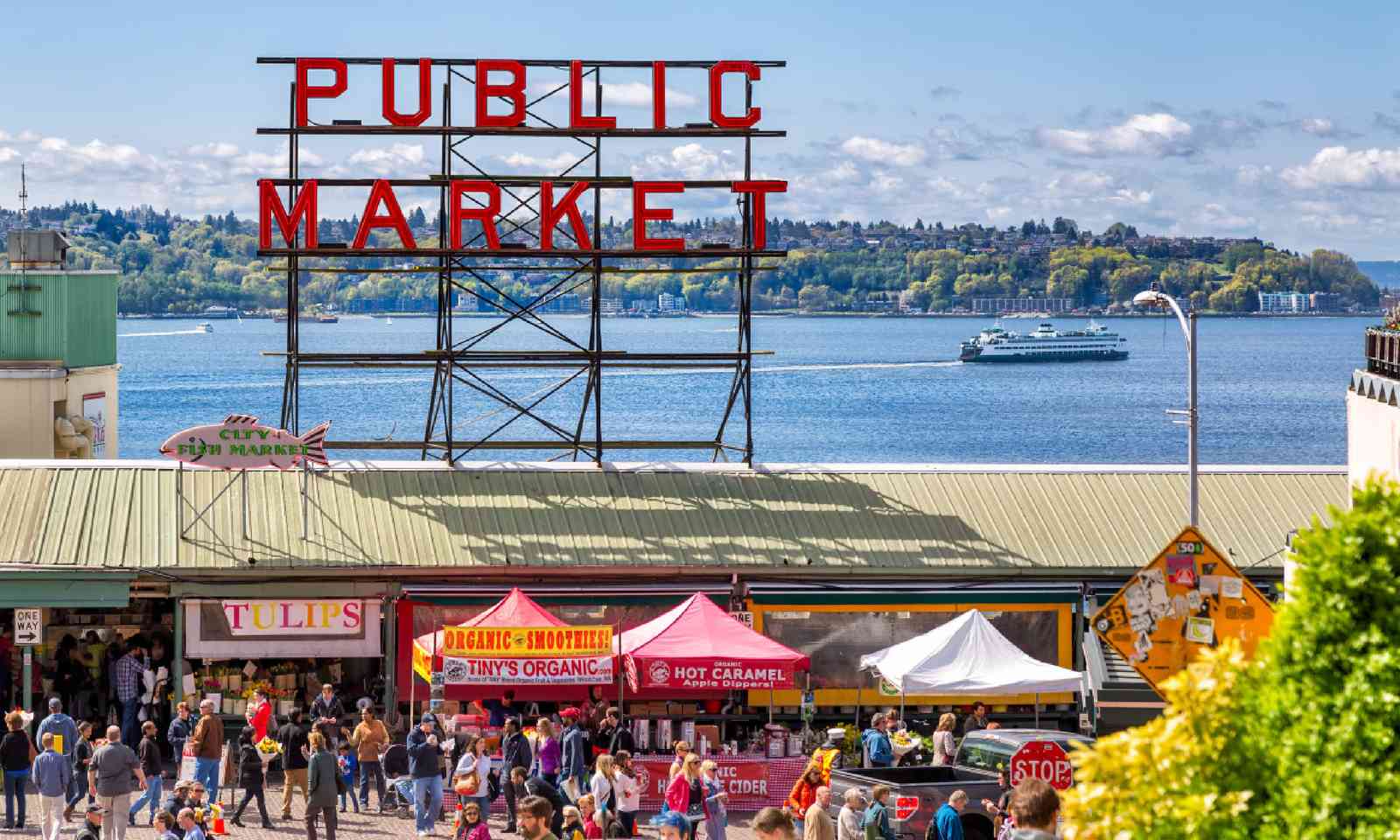 Mid-range: Hotel Five Seattle has modern, bright and airy rooms, and is well located for downtown and the Space Needle. There are great extras too: free use of Dutch-style yellow bicycles, free pineapple cupcakes and coffee every day between 3pm and 7pm, a complimentary shuttle service to the city’s main attractions, and reduced-rate parking if required.

Budget: There are many hostels and B&Bs to choose from. For something a little different try arty City Hostel Seattle in Belltown.

Seattle is a joy to explore – you can easily spend several days checking out its varied neighbourhoods and pretty suburbs by foot, bike and boat. But when you do feel ready to leave the city, you couldn’t be better placed to explore the very best of the Pacific Northwest. Head south-east and, in a little over two hours, you can be walking on one of the many trails in Mount Rainier National Park, strolling beneath the eponymous stratovolcano. 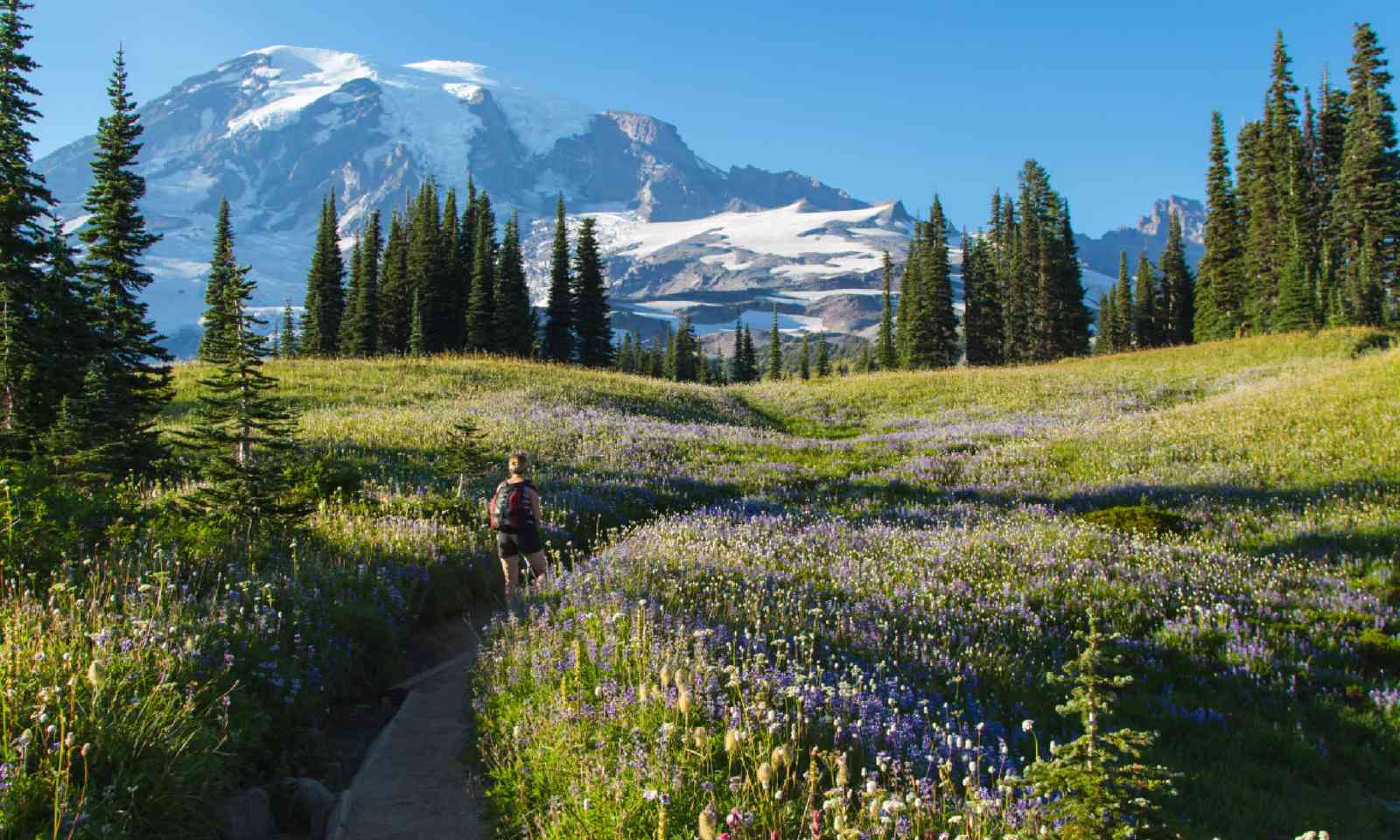 Head west by ferry and in a little over 90 minutes you’ll arrive on the Olympic Peninsula, home to a treasure trove of national and state parks, a wildlife reserve and small towns such as Forks, made famous by the Twilight novels. For some cross-border adventure, head north – after a couple of hours behind the wheel you’ll find yourself in Canada. Vancouver and Victoria (on Vancouver island) are within easy reach. Not bad, eh?