Look through the crowds of Prague to discover a city full of striking architecture, hearty cuisine and absorbing history that few places can match

Where? Straddling the Vltava river in the north west of the Czech Republic
Why? To explore one of Europe's most charming and historic cities
When? May to September for long, sunny days

Prague may have developed a reputation as a Stag Do haven for beer-swilling Brits, but this Bohemian wonderland, with its iconic castle, centuries old bridges and quaint back lanes, is alive with art, music and cultural festivities. Hearty cuisine and stylish hotels only add to the appeal of a city which has risen so triumphantly out of the shackles of communism.

Old Town Prague (pictured above: Shutterstock) is home to bustling cobbled streets and what feels like a never-ending stream of tourists searching for the perfect selfie. Despite this, after ogling Prague's iconic landmarks, it's easy to break from the tourist trail and turn back time on Prague's narrow backstreets where traditional restaurants, bars and architectural gems can be found.

The Vaclav Havel Airport (PRG) is located 17km to the north-west of Prague. The airport is home to two main terminals, with a third used solely for cargo and private flights. Terminal 2 is the base for all flights from nations belonging to the EU Schengen Agreement, with Terminal 1 handling flights from the rest of the world including the UK and North America. The easy-to-navigate airport is equipped with unlimited free Wi-Fi, luxury lounges, designer shops, ATM machines and showers available to visitors.

For the quickest route into the city centre, take the 119 bus (32Kč for 90 minutes of travel, 40Kč when purchased from the driver) from the airport to the last stop, Dejvicka metro station. This takes roughly 25 minutes. From here, on Metro Line A, you are just a few stops from the city centre.

Prague's main railway station Hlavní Nádraží (literally translated as 'main railway station') is located in the city centre, just a short walk from Wenceslas Square and the National Museum. The Art Nouveau station (which has seen better days) runs international routes to a host of European cities including Munich, Budapest and Salzburg.

Beer. The Czechs drink more beer per capita than anywhere in the world. And for good reason. Some of Europe's finest beer is brewed in the Czech Republic. It's somewhat of a national obsession. Traditional bars in central Prague charge around £1 for 0.5l, while shops sell it for cheaper than a bottle of water.

Start early with a stroll through the Old Town before the crowds descend. Old Town Square, lined with a mixture of colourful Gothic and Baroque buildings, would not look out of place in one of Disney's most magical fairy tales. Marvel at the striking results of this intriguing architectural amalgamation, with highlights including the twin-spired Tyn church that towers over the square and the palace-turned-museum of Kinsky Palace. 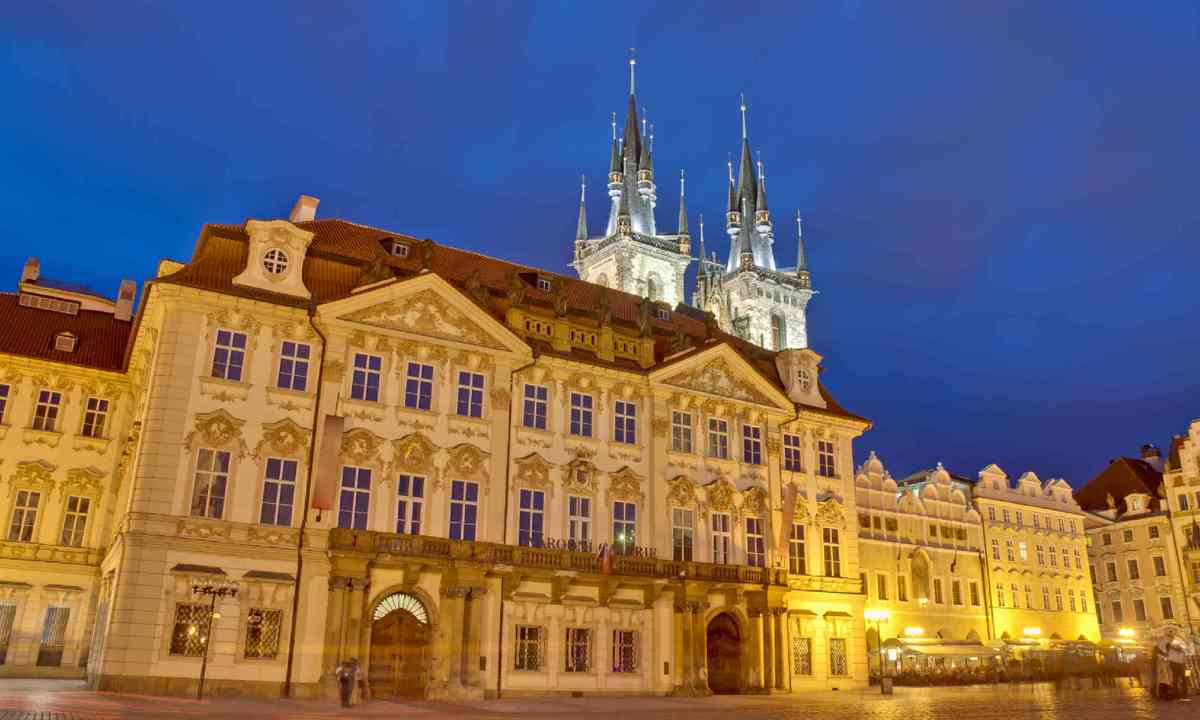 
Walk across Charles Bridge before 9am to enjoy some memorable alone time with this 15th-century Gothic masterpiece. Wind up the bustling, cobbled Mostecká Street, making sure to tuck into a  trdelník or two (a sort of sweet pretzel concoction) from a street vendor. From here you can take a detour from the Royal Route along Karmelitska to explore a quieter yet no less beautiful area of central Prague, in the midst of Baroque buildings that now house embassies.

Admire the magnificent architecture and interior of St Nicholas Church, an 18th-century Baroque church, in Lesser Quarter Square before undertaking a steep ascent to Prague Castle amongst the intimate Burgher Houses of Nerudova Street (each has a distinctive emblem above its door as they were constructed before the use of street numbers). Pop into nearby Baracnicka Rychta for a bite to eat before exploring the castle grounds.

Prague Castle has sat proudly overlooking the domes and spires of the Czech capital for centuries, outlasting the Holy Roman Empire and the Habspburg Empire and surviving the 20th century's two world wars and communist rule. Its walls would tell quite the tale. Spend the early afternoon sauntering through the pristine castle gardens, marvel at St Vitus cathedral and the medieval Vladislav Hall, and soak up the panoramas that stretch far beyond Charles Bridge and the Old Town. In the gardens you'll spot a curious Eiffel Tower-inspired structure poking out of the distant Petrin Hill. 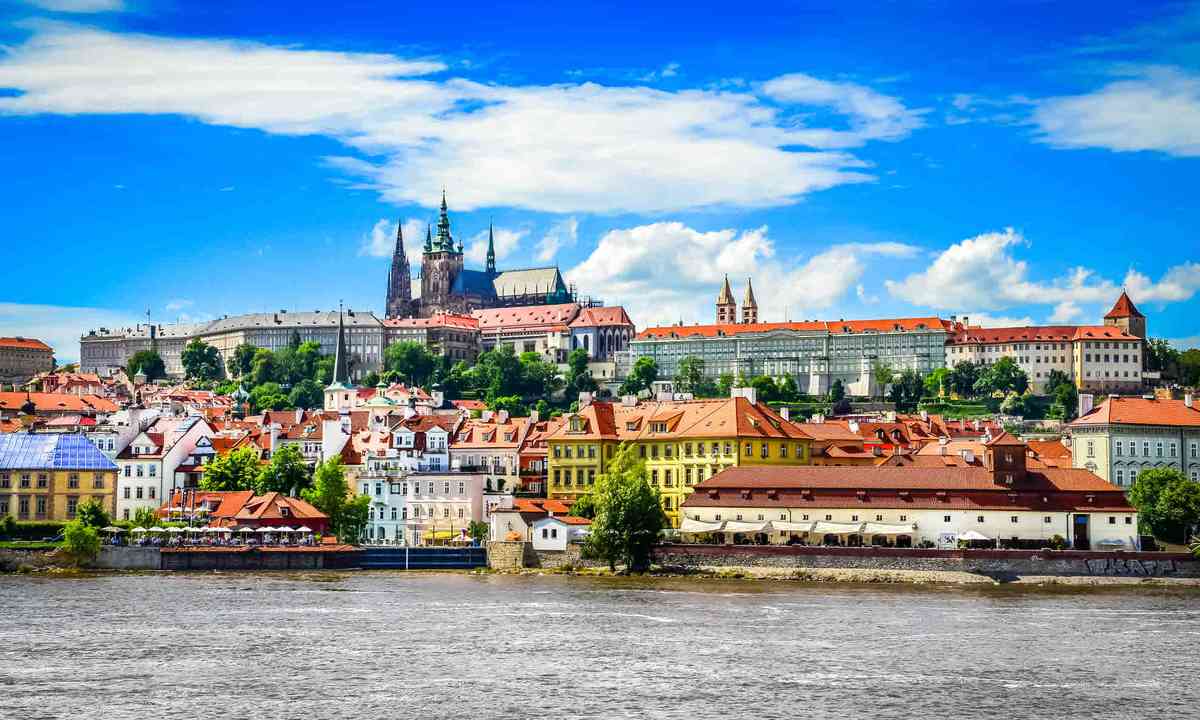 The walk to Petrin Tower, through wooded (and often secluded) paths, allows you to escape the hectic afternoon crowds of Prague. A mirror maze, chapels and the Strahov Monastery are nestled amongst the tree-lined hills, as are quiet cafés which provide a welcome rest and views across the rooftops of Prague. The Nebozizek restaurant is a classy stop on route to the tower.  The 19th-century lookout tower provides sweeping vistas across the city, but be warned: the gentle swaying of the tower in the wind makes for an interesting experience for those scared of heights.

For dinner, experience Prague from a different perspective by combining traditional Czech food, live music and stunning scenery on a jazz music cruise along the Vlatva river. Tickets for a three-course meal with live jazz and a 2.5 hour cruise cost around £27. Jazz is an integral part of the city, and you'll find plenty of smoky jazz bars dotted all over, too.

Top end: The lavish Mark Luxury Hotel, located in a former Baroque palace, is within walking distance of the Old Town and Parizska street – home to Prague's most exclusive shops.

Mid-range: This modern rental apartment is ideally situated overlooking the lively Wenceslas Square. Take in views of the National Museum and Prague Castle from the terrace, while the Astronomical Clock and Old Town Square are just a few minutes' walk away.

Budget: Located just a short (albeit steep) walk from Prague Castle on Nerudova Street, Little Quarter Hostel is pleasant, cheap and comfortable place to base your stay in Prague. The hostel is within walking distance of many bars and restaurants, as well as most of the main sights (10 minutes walk to Charles Bridge).

Stay – A couple of days will give you a good mix of classic Prague whilst allowing you to explore the city away from the masses. Take in a show at the Neoclassical National Theatre or the National Marionette Theatre and be sure to sample a traditional beer hall after unwinding in Letna Park.

But don't stay too long in the city – the rest of the Czech Republic boasts some beautiful destinations which are largely off the tourist trail. Cities such as Plzeň and Brno are home to splendid old towns, whilst the vineyards of Moravia and the quaint Český Krumlov are also worth visiting.


To the west, three stunning spa towns can be found (Mariánské Lázně, Františkovy Lázně and Karlovy Vary), and South Bohemia in the south-west of the country is also perfect for a spectacular mini-break. 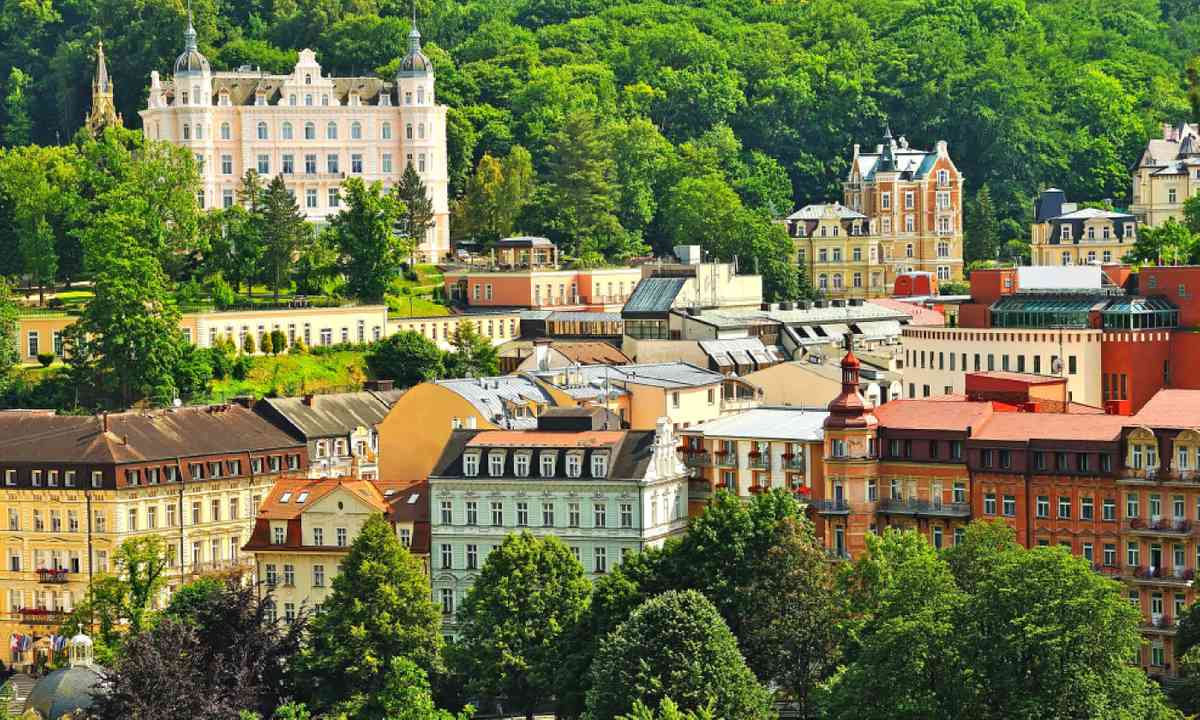