Denver is the gateway to Rocky Mountain National Park and a state filled with rivers, canyons and deserts, but is it worth lingering in the city?

8 mins
Denver: the ‘Mile High City’. On hearing this sobriquet, you might picture a place with a soaring skyline, perched precariously on mountain terrain – but the reality may surprise you. Though this sprawling urban hub, capital of the dramatic and diverse state of Colorado, sits at an altitude of 1.6km (one mile), it is almost completely flat.

But that’s no reason to be disappointed. Denver offers easy access to the Rocky Mountain National Park (you can see the tantalisingly close peaks from the city in good weather). Also, its downtown area is filled with young, outdoor-loving locals (nearly 70% of the population is under 45) and as such the place has a buzzy atmosphere, with new restaurants and art events popping up year-round. 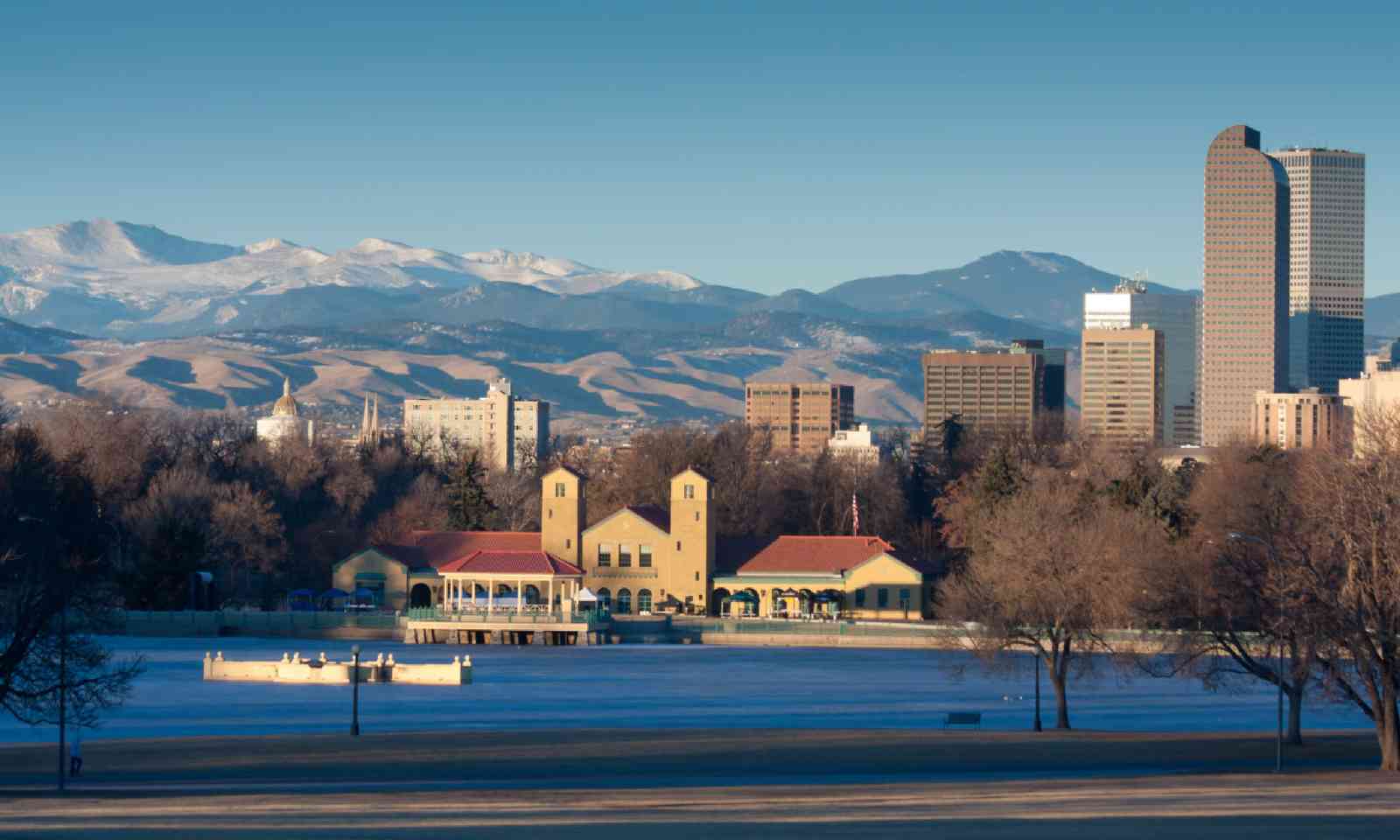 Denver was founded in 1858, following the discovery of gold nearby. It started as a proper Old West town, and when the shiny stuff ran out it could, like so many others, have been abandoned. However, the locals adapted, establishing it as an important supply town, even clubbing together to connect to the expanding US railway network.

This entrepreneurial spirit still exists today. It draws college graduates, and creates a fusion of modern and traditional. Here, Victorian brownstones sit alongside skyscrapers, and old warehouses are developed as restaurants and studios. The city has strong green credentials too, not least the free bus that runs down 16th Street – though due to its flat nature, Denver is eminently walkable. So prepare to have your expectations, as well as your altitude, raised.

It is a 9.5-hour direct flight from the UK to Denver. The modern Denver International Airport is 38km north-east of the centre; it has a striking roof, like a cluster of teepees, which is said to echo the peaks of the Rocky Mountains beyond. After clearing immigration and collecting your luggage, you’ll find the usual cluster of shops and cafes as well as ATMs and currency exchange desks. There is free Wi-Fi.

Population: 649,495
Languages: English
Timezone: GMT-6 (Mar-Nov GMT-7)
International dialling code: +1 Visas: Not required by UK nationals. You will need to obtain an ESTA before arrival (https://esta.cbp.dhs.gov/esta): these cost $14 and are valid for two years.
Currency: US dollar ($), currently around $1.54 to the UK£. ATMs are readily available. Credit cards are widely accepted. Tipping is expected.
Best viewpoint: Ruby Hill, south of the centre, a 15min drive or 50min bus ride.
Health issues: Tap water is good quality. Recreational use of cannabis is legal in Colorado; there can be some colourful characters around, especially along East Colfax – be aware, particularly at night.
Recommended guidebook: Colorado (Lonely Planet, 2014)
Web resource: denver.org (local info) colorado.com (statewide); discoveramerica.com (trip planning tool)
Climate: Denver sees around 300 days of sunshine a year, and snow doesn’t linger long. Because of the altitude it has low humidity meaning cool evenings.

Start your day with a tour of downtown by Segway, the fastest way to get your bearings. Along the way you’ll see the performing arts complex and whizz under the legs of the iconic Blue Bear sculpture, which was inspired by a photo the artist saw in a local newspaper of a black bear peering into a window.

From there you’ll explore Capitol Hill District, home to the art and history museums; the US Mint, which produces a quarter of all coins used in the country (note the old machine gun turrets); and you can stand atop the steps of the State Capitol Building’s engraved 13th step – officially one mile above sea level. 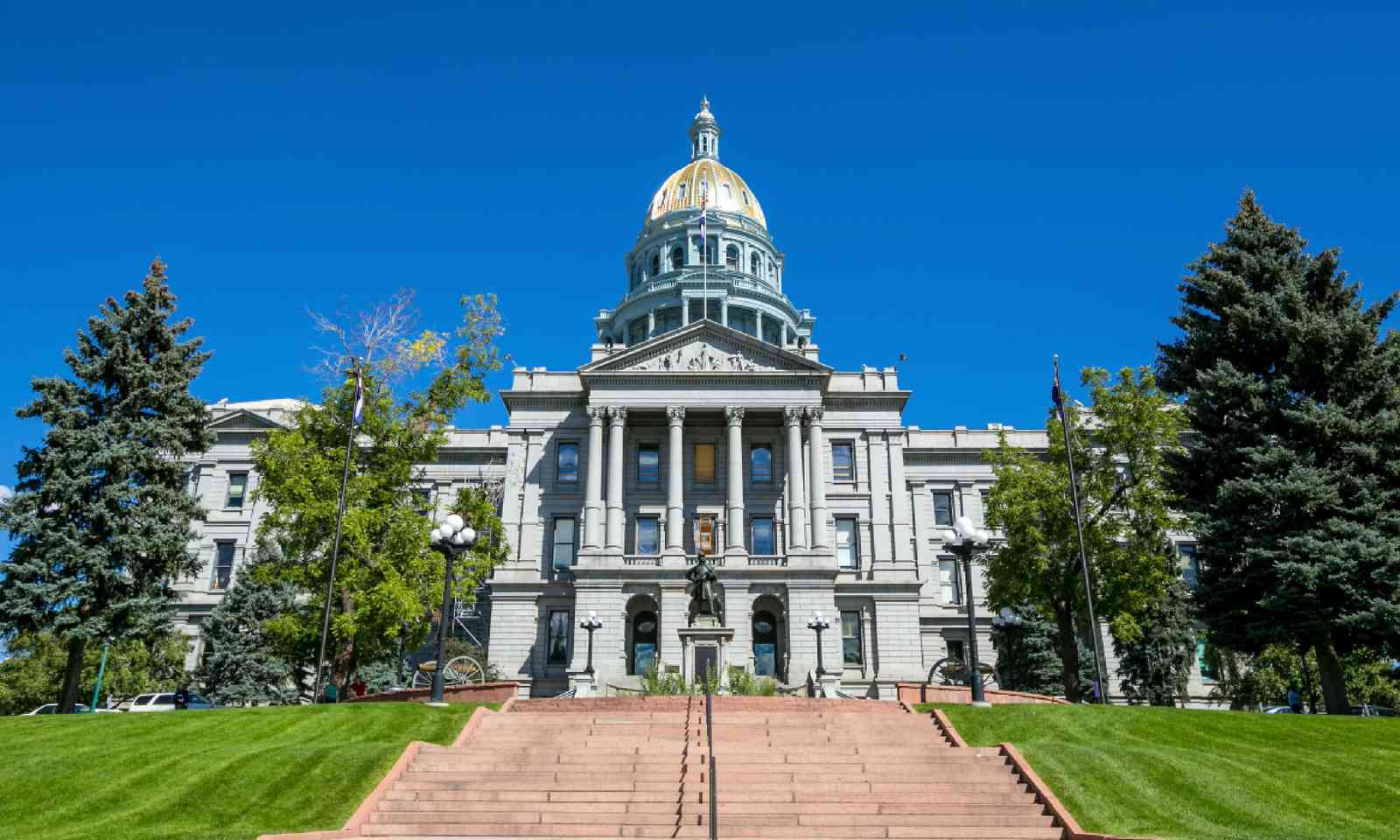 Next, lunch at Linger in the Lower Highlands area (LoHi), north-west of the centre, for street food-inspired offerings. Then work it all off with a meander along the pedestrianised and cycle friendly South Platte River, en route to the wonderful Tattered Cover Book Store in LoDo (Lower Downtown).

Lose yourself in the books then stroll around this historic area, taking a tour of one of the microbreweries – Wynkoop being the nearest and the oldest in the city. Spend the evening indulging in retail therapy on pedestrianised 16th Street, then have dinner at The Kitchen, a hipster restaurant with farm-to-table menus.

Top end: For a real slice of local history you can’t beat the well-located Oxford Hotel. Built in 1891, it is the oldest hotel in Denver and still retains much of its bygone charm. The lobby is complete with leather chairs and a huge fireplace, and no two rooms are the same – a refreshing change from the ubiquitous chain hotels. There’s even a great fish and chip restaurant on site.

Mid-range: Queen Anne B&B is a centrally located, family-run hotel. It features rooms designed by local artists and is hot on its green credentials. 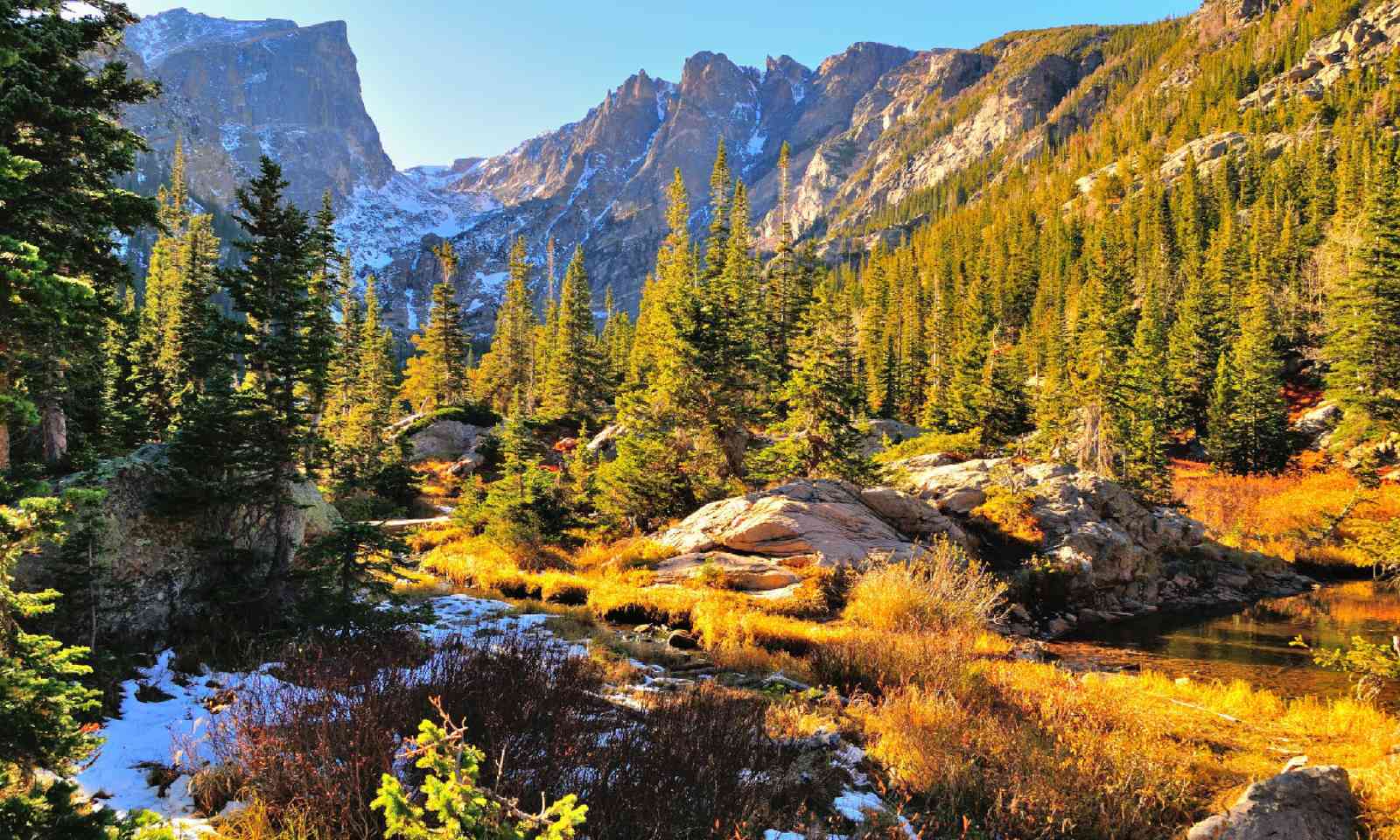 It’s worth exploring Denver for a day or two, but then head out of the city to do as the locals do and get some fresh air.

Colorado is home to 42 state parks encompassing everything from canyons to forests, rivers and lakes. Additionally the state boasts four national parks, all within easy striking distance of the city. For scenery and wildlife – including black bear, elk, moose and bighorn sheep – head to Rocky Mountain National Park, a two-hour drive west.

For a real rock star, drive five hours west for Black Canyon of the Gunnison, where 600m-high gorge walls flank the Gunnison River.