How to spend your first 24 hours in Durban, South Africa

South Africa’s number-three city isn’t like its bigger siblings. Laid-back and sunny 300 days a year, Durban is where those from ‘European’ Cape Town and ‘money-making’ Johannesburg come to holiday on the amber-sand beaches, able to swim and surf safely behind the country’s only shark nets.

For overseas guests, Durban’s peripheral, up-market neighbourhoods are sold as a place to unwind glamorously following a safari in the national parks and reserves of KwaZulu-Natal province. In doing so, though, they risk overlooking a multicultural city centre that offers an authentic South African experience. It’s best represented in the city’s myriad markets, which offer wares from both the native Zulu and thriving Indian communities (the largest outside India).

Durban got a boost in 2010 when South Africa hosted the World Cup. The competition yielded a modern stadium and the Golden Mile, a waterfront promenade dotted with hotels and tourist attractions. Throw in British Airways’ new direct route from Heathrow and a weakened rand, and you’ve got a worthy contender for a winter visit.

Durban is a 12-hour flight from London. Its King Shaka Airport is less than a decade old, so has the feel and fluidity of a major European terminal. UK passport holders are granted a no-admin 90-day stay. Pass through customs and you’re greeted by a large Woolworths. ATMs are at the far end of the arrivals concourse; there’s a post office just opposite. Durban centre is 30km down the coast; ex-pat enclave Umhlanga is 20km.

The most popular option is to hire a car, and all the major providers are represented. An Uber ride to Durban centre costs around R300 (£16). If budget is a priority, hop on one of the accredited shuttle buses, which depart every 30/45mins. 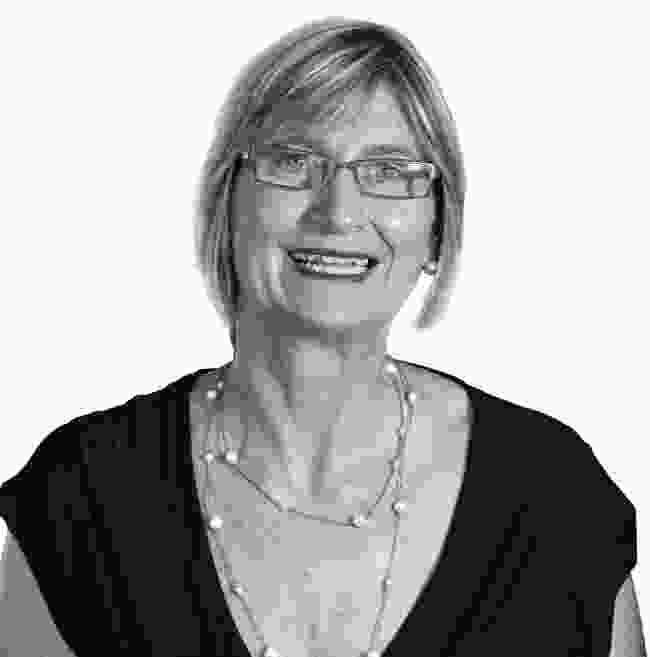 Joanne Hayes is a Durban local

“I love spending time at Durban’s Botanic Gardens. It’s the city’s oldest public institution and well worth a golf-cart tour. Be sure to stop for a while at the Butterfly Dome: the beehive-like structure is covered in a selection of plants that are known to attract butterflies year round” 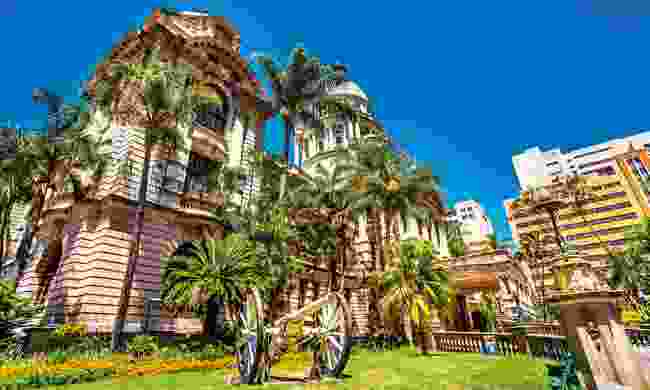 Begin with a stop at The Cube Park in hilly Morningside for city-scape views. The alternative on-high option is at Moses Mabhida Stadium – hop on the SkyCar funicular, which tootles up to a viewing platform at the structure’s summit.

Next, markets. Warwick Triangle, the city’s bustling transport and trading hub, is where to find nine of the best. Start at Victoria Street Market where a scrum of nearly 200 Zulu and Indian vendors trade jewellery, art and spices (‘KFC’ and ‘mother-in-law exterminator’ are popular).

The gastro curious should visit Bovine Head Market, where cows’ heads are slow-boiled and served as a traditional Zulu delicacy. While the eyes are ‘the best bits’, more squeamish eaters can opt for strips of soft and salty beef cheek, served with traditional ‘dumpling’ bread.

But save space for bunny chow, the city’s signature dish: a halved and hollowed white loaf filled with curry. The informal dining room at Britannia Hotel is the best place to eat one – not least because of the exotic range of flavours.

A few minutes’ drive from the markets is Durban City Hall, a neo-baroque pile fronted by a small park. Inside are the Natural Science Museum and Durban Art Gallery, which offer free permanent exhibitions. The Old Courthouse Museum is just behind, if Durban’s colonial history piques your interest.

For a polished dining experience, hop in an Uber to swanky Umhlanga ‘village’, where The Chef’s Table serves up best-quality modern European food. For fun with your fare, try Florida Road in Morningside. Carnivores will love the Butcher Boys, where ‘wet-aged’ sirloins start at an outstanding R140 (£7.50). A host of lively bars await thirsty revellers from there. 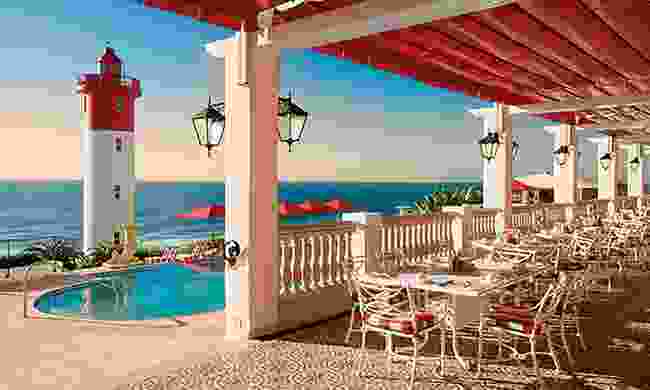 Top end: The city’s grande dame is the Oyster Box in Umhlanga, where guests will find mid-century glamour, quirky Zulu artwork and superlative cuisine. All bedrooms face the sea, as does the stand-out Ocean Terrace.

Budget: There’s a pleasing mix of ages and nationalities at the harbourside Happy Hippo. Room options span six-bed dorms to en-suite doubles; the rooftop bar is also a great place to mingle. 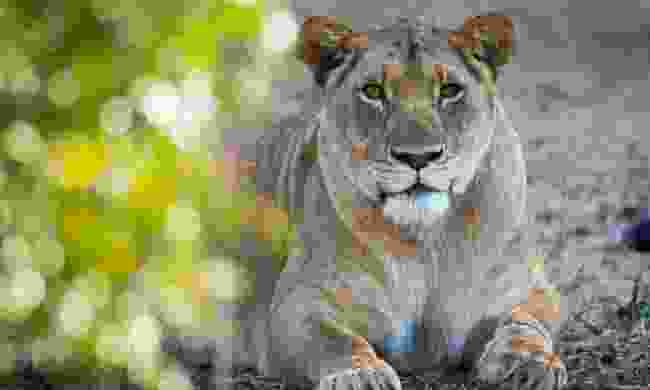 Go. It would be remiss not to suggest donning your khakis for a safari further north in KwaZulu-Natal. Try Thanda Private Game Reserve, 150 sq km of rolling hills, grasslands and mangroves that promise a high frequency of Big Five sightings.

History buffs may favour a stay at one of the lodges around Rorke’s Drift and Isandlwana, the settings for two of the Anglo-Zulu War’s most famous battles. Fugitives’ Drift Lodge has a team of lecturers who lead groups on vivid tours of the battlefields.

The final must-see, around a 90-minute drive from Durban, is the Nelson Mandela Capture Site, where Mandela was arrested in 1962. While a new museum remains indefinitely unfinished, it’s worth the trip simply to admire the site’s landmark sculpture – a silhouette of Mandela’s head. Stop at nearby Howick Falls on the way back, either for a photo op or to hit one of the walking trails.

Visas: UK nationals can visit South Africa for up to 90 days without a visa.

Currency: South African rand (R), currently around R19 to the UK£. The currency’s value also recently dropped significantly following the news that the economy had gone into recession.

Credit cards: Visa and Mastercard are widely accepted, including in some of the larger stores in the city’s markets.

ATMs: South Africa has an established banking system with no-fee ATMs readily available at bank branches, shopping centres and supermarkets. Independent ATMs can have high fees, so try to avoid them. Maximum cash withdrawal limits vary but are likely to be in the region of R2,000 (£105) to R5,000 (£263).

Recommended guidebook: Durban & Kwazulu Natal Footprint Focus Guide (2015) is a welcome spotlight on a part of the world that’s yet to be comprehensively covered by the big names in guidebook publishing.

Useful website: While not particularly attractive, worldtravelguide.net’s Durban page offers an in-depth overview of the city’s credentials, from getting around to its headline events.