With all the talk of Brexit, we spare a thought for the EU's historic hub - a gloriously eccentric, bilingual capital that is all too often misunderstood

Belgium's capital has never had the most fun of images, which is odd for a city where the ABV of most liquids is rarely less than 7% and double-fried frites are the nearest you'll get to veg. But Belgians are reputation-aware and don't care - why else would the city's most celebrated icon be a peeing statue? As with the aforementioned Mannekin Pis: if you embrace the gag and you may well fall in love.

Brussels is a glorious mass of contradictions - even its streets (signed in both French and Flemish) exist in a kind of linguistic limbo. And while the name of Belgian architect Victor Horta rang across Europe in the early 1900s, his home city remains a muddle of styles and eras, making finding its Art Nouveau gems (Hotel Tassel, the Bozar fine arts centre, Horta Museum) all the more satisfying.

But there's no mistaking the city's soul. The Grand Place is one of the stand-out squares of Europe, its showy guildhalls engaged in a dizzyingly baroque game of one-upmanship. At its heart lies the Gothic menace of the 15th-century town hall, looming over the centre's busy cobbles, café-bars and returning winter market - an annual treat from November on.

No wonder this is a city of dreamers, from René Magritte's Surrealists to the traders flogging tat as treasure in the Quartier Marolles, and the Toone puppeteers who've performed in a half-forgotten local patois for eight generations. How can you not love a city that has both the wild Ardennes on its doorstep and 900 outfits for its weak-bladdered mascot? 'Elvis Mannekin Pis' anyone? 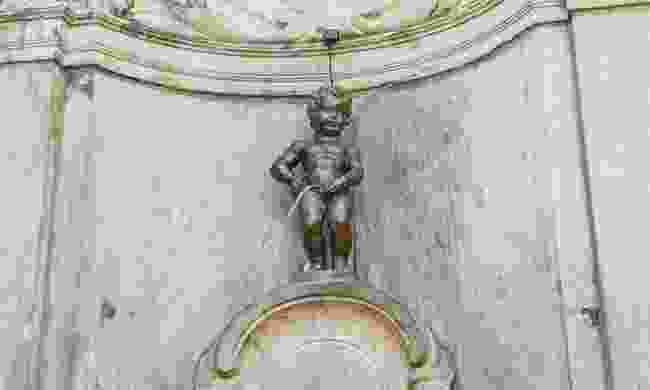 Return flights go from the UK to Brussels, taking from one hour and costing £69 return. Most budget airlines arrive at Brussels South Charleroi Airport, 50km from the city centre. But the main air hub is Brussels Airport in Zaventem (12km). Both are well-equipped with ATMs and bureau de changes.

South Charleroi's train station is connected by Airport Express bus (18 mins) to the airport, with rail links to Brussels' Central Station taking one hour. A shuttle bus also runs to the city's South Station. Brussels Airport is linked to the capital's Central Station by rail. Taxis can also take you from South Charleroi or Brussels Airport to the capital.

The Eurostar (eurostar.com) zooms between St Pancras International and Brussels' South Station in just two hours. Be warned that the cheaper seats tend to sell out fast. 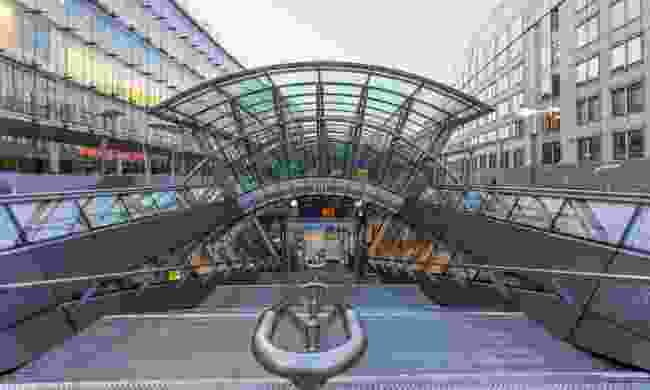 Best viewpoints: The view from beside Upper Town's Palais de Justice - a grand neoclassical courthouse still cobwebbed with 30-year-old rusted scaffolding - is euphoric. A glass lift even ascends from the Marolles to the overlook, if you don't fancy the walk. Otherwise, hit the Laeken area and the Atomium, a huge, 102m-high space-age steel 'atom' built for the 1958 World's Fair Expo as a defiant show of post -war optimism. Today, exhibitions lie inside its huge 'electron' spheres, but its 'panorama restaurant' has fine views over the city, forests and royal castle.

Health issues: None to speak of, but it always pays to make sure your European Health Insurance Card is up to date.

Recommended guidebooks: Both the Lonely Planet (2016) and Rough Guides (2015) Belgium & Luxembourg guidebooks are worth stocking up on.

Web resources: The website and app of English-language listings mag The Word (thewordmagazine.com) is a good source of cultural tips, arts info and unusual sites.

Climate: Brussels is hardly known for its tropical climes, and tends to have warm summers (average high 22ºC) and mild winters (lows of 1ºC). It is a city with plenty of green pockets, though, and wandering its plentiful forests and parks (preferably with some frites) in autumn is a capital delight. 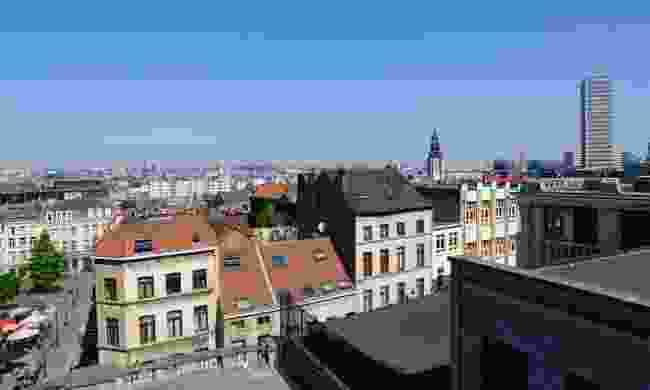 Start at the Grand Place, Brussels' gilded soul and one of Europe's great squares. Its 15th-century Town Hall is a treat; tour its Gothic interior then grab a hot chocolate at the winter market (from 24 Nov) outside.

Next, hit rue de l'Etuve for a waffle stop and the Mannekin Pis, the city's oft-stolen icon. This one was made in 1965 after its predecessor was rescued from a canal - that version now lives in the City Museum with its 900 outfits.

Continue west to the Marolles area and its flea market on Place du Jeu de Balles, which dates back to the 1600s. Cantillon, the local geuze beer brewer (cantillon.be), lies nearby - an acquired taste but a great tour. Then return to the centre for a snack in Toone (toone.be), a family-run puppet theatre/ bar that has put on plays in the city's old Bruseleer (French-Dutch) patois since 1830.

In Place des Palais, visit the underground ruins and streets of Coudenberg palace (coudenberg.brussels/en), which burnt down in 1731, then cross the road to the Magritte Museum to discover the far-out art of the city's surrealist icon.

Finish at Le Fleur En Papier Doré on rue des Alexiens, an old haunt of Magritte and co. Its nicotine-brown walls are full of their doodles; drink them all in as you devour a tasty beef stew and frites. 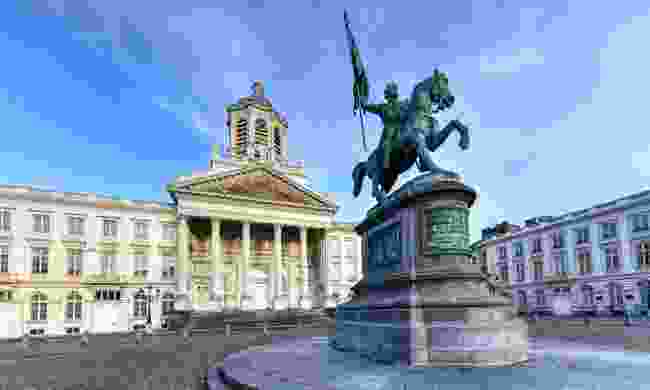 Given Brussels' reputation as a business hub, it's worth knowing that hotels here are busier and pricier midweek (owing to the influx of suits and politicos).

Top-end: Near the Grand Place lies plush boutique hotel Le Dixseptieme (ledixseptieme.be). Set in a 17th-century mansion, it was once part of the Spanish ambassador's residence, and its Louis XVI staircase and quiet courtyard whisper classical charm.

Mid-range: Just off the main drag of the stylish Avenue Louise (a popular shopping district) nestles family-run boutique hotel Made in Louise (madeinlouise.com). Its 18th-century townhouse and residential setting make it a fine retreat from the central bustle.

Budget: A step up from the usual hostel, FunKey Hotel (funkeyhotel.com) has room keys (basically a pre-smartphone Nokia mobile) that let you make free calls within Belgium. 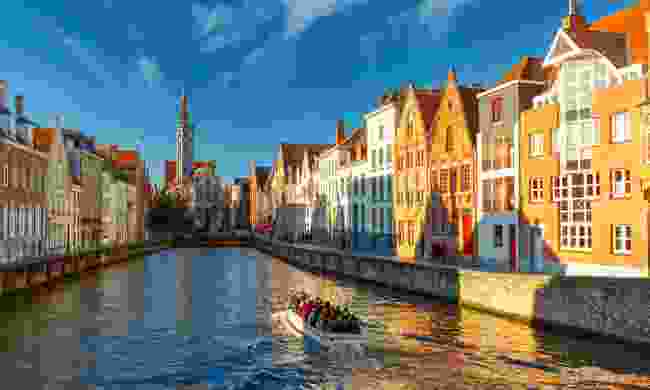 Belgium is tiny, so stay a couple of days in the capital then use its rail links to explore.

South of Brussels lies the wild, forested valleys, rivers and caves of The Ardennes, which extends up from the French border and as far north as the Eifel highlands and German-speaking villages of the Tro Maret valley. But its western fringe is the most scenic, with medieval Namur (65km from Brussels) and its brooding fortress making a solid base for treks across the area and kayaking on the rivers Meuse and Lesse.

North-west of the capital, it's around a 30-minute rail trip to Ghent, a medieval city shorn of the crowds of nearby Bruges. A towering cathedral, castle and some fine local fare - try the gooey raspberry-flavoured cuberdon sweets or herbal Gruut beer - make it an overlooked gem.

But, for many, Bruges (45 minutes) is the draw. Lose yourself in its old cobbled streets, cruise its canals and soak in the art of the Flemish Primitives, basking in the city's eerie Gothic drama.

Top tip: Belgium is the land of Tintin and comic books. The Belgian Comic Strip Center (comicscenter.net) on rue des Sables is the ideal place to bone up, then take your new skills to the streets on the Comic Strip Trail, a series of murals threading Brussels.